The art of laughter and avenging
Thailand
Special Report

The art of laughter and avenging

'We won't force you to do something you don't want to. We're terrorists, not Indian parents." This is a standout joke in the hit YouTube comedic sketch "I want to quit Isis."

The five-minute video shows the fake inside of Isis corporate headquarters as a man submits his letter of resignation to the "Department of Inhuman Resources". Hilarity ensues as he and his boss argue over the terrorist group's current name, the lack of women on site and teachings from the Koran.

"So you read the whole book?" the Isis boss asks.

"Ya, and you should too," the man replies.

The video takes a different spin on the fight against terrorism and extremism by using comedy to point out the ridiculousness of it all.

This idea was the focus of a recent reception at the Dusit Thani Hotel in Bangkok hosted by the United Nations Counter-Terrorism Executive Directorate (CTED) and UN Women. The event, titled "Comedy and Comics: Fighting Terrorism One Laugh at a Time", brought together government officials, civil society groups and embassy representatives for an evening of conversation about women, peace and comedic timing.

According to the creator of "I want to quit Isis", this is the best way to beat terrorist groups at their own game.

"If you look at some [Isis] videos that they've been putting out -- recruitment videos -- they feature special effects and high-definition explosions," said Priyank Mathur, a former intelligence analyst from the US Department of Homeland Security.

"They are very different from the boring sermons that al-Qaeda used to give. They look less like those and more like … an action movie. I thought we needed to counter their messaging with entertaining content of our own."

Mathur is the CEO of Mythos Lab, the production company behind the YouTube video. He also has a background in comedy writing and advertising.

DRAWN TO A CAUSE

Aaron Haroon also attended the reception. He's a well-known Pakistani singer and the creator of Burka Avenger, an award-winning animated superhero TV series. The main character Jiya is a schoolteacher with an alter ego -- the burka-wearing superheroine who fights bad guys with books and pens.

"I imagined a superhero character who puts on a burka-like costume, a disguise to hide her identity … and literally hits the bad guys on the head with books. So it has a bit of symbolism, and it's comedy and adventure," said Haroon during a panel discussion at the event.

Burka Avenger was first screened in 2013 in Pakistan and has since been dubbed for screenings in Afghanistan, India and Indonesia. The show has won a number of prizes, including a Peabody award in 2013 and an international gender equity prize at the Prix Jeunesse International Festival in Munich, Germany, in 2014.

"Because it's comedy, because its animation, you can touch on very sensitive issues," he said. "And because it's entertaining, people sit and watch it all the way through, as opposed to a public service announcement where they get bored or switch off the channel."

Burka Avenger does just this by touching on topics such as child soldiers, girls' education, environmental damage and weapons of mass destruction.

Perhaps the most profound aspect of Burka Avenger is how it puts a strong female character at the centre of the action. It shows that women too can play an active role in the fight against terrorism and extremism. In "I want to quit Isis", the terrorist group's headquarters are portrayed as a male-dominated place. The main character laments: "My Tinder has turned into Grindr." He's referring to a dating app created for men and women to meet becoming solely a space where men can meet other men.

In reality, women play a huge and often behind-the-scenes role in the terrorist group's operations.

"Isis is heavily dependent on its female network of supporters to exist. There are lots of women who either indirectly support Isis by influencing men to join the group, or directly as there is an all-female police force in Syria that's led by Isis," said Mathur.

"If you really want to take down the group … you need to focus on the women."

THE FUTURE IS FEMALE

But what about engaging women here at home in these counter-terrorism initiatives? Haroon and Mathur say they work with female writers to bring their animation stories to fruition.

Mathur recognises that the "I want to quit Isis" video was male-centric (there are no women in the video). He says that his company's next project has a more female-centric narrative that will feature women protagonists.

The CTED has also pledged to include women's perspectives in their work.

"The United Nations has come a little late to the realisation that women have a critical role to play in voicing opposition and revulsion in terrorism," said Edward Flynn from the Security Council's counter-terrorism committee.

"The Security Council just last year adopted a resolution which particularly called on the counter-terrorism committee to take gender into account and to consider women's voices."

UN Women is eager to be a part of the conversation.

"For an agency that deals with women's empowerment and gender equality, everything is our mandate," said Miwa Kato, the regional director of UN Women for Asia and the Pacific. She was also the moderator of the event's panel discussion.

"It's true -- it's not our usual event," she said of the reception.

"It comes from a place where we really want to make a difference." 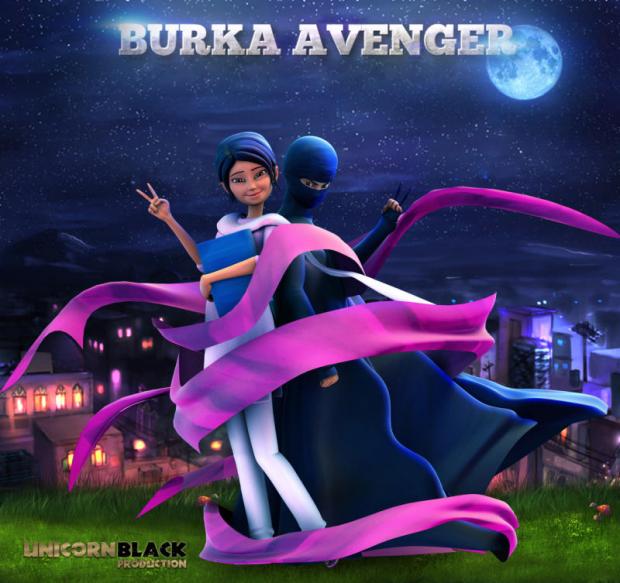 wonder woman: 'Burka Avenger' is a Pakistani animated series created by Aaron Haroon. Protagonist Jiya is a teacher with an alter ego — a burka-clad heroine who fights bad guys with books and pens. PHOTOs: SUPPLIED 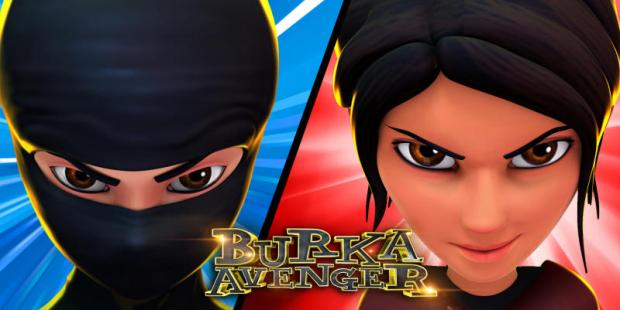 to the rescue: 'Burka Avenger' was first screened in 2013 in Pakistan and has since been dubbed for screenings in Afghanistan, India and Indonesia. The series has won several international prizes. PHOTO: SUPPLIED 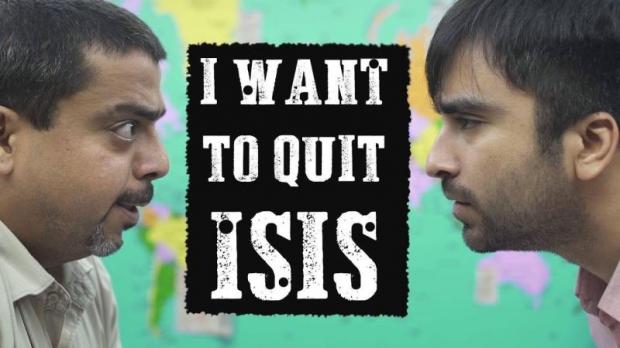 POKING FUN: The YouTube video takes a different spin on the fight against terrorism and extremism by using comedy to point out the absurdity of the situation.