Apart from Suvarnabhumi airport's newly renovated Sky Lane, there are not many cycling lanes where bicyclists in Bangkok and peripheral areas can ride without worrying about hitting a jogger or being crushed by an automobile. This place in Pak Kret, Nonthaburi, is one such rare training ground.

The Krom Chon Pak Kret cycling lane at the Regional Irrigation Office 11 near the well-known Wat Chonprathan Rangsarit may not be as long as the Sky Lane, nor as high-tech -- the only facility provided is street lights -- but like the Sky Lane this is a purpose-built course where you can go full steam with peace of mind. For people who live on this side of the megalopolis notorious for traffic jams, this one-year-old cycling lane is a godsend that a lot of Pak Kret residents, admittedly myself included, didn't even know existed.

I visited this regional office of the Royal Irrigation Department (RID) a couple of weeks ago, soon after I learned from a friend about its cycling lane. To me, the course itself was not the only surprise. A stone's throw from its west end, where my friends and I parked the pickup, sits an old Buddhist temple believed to date back to the Ayutthaya period. 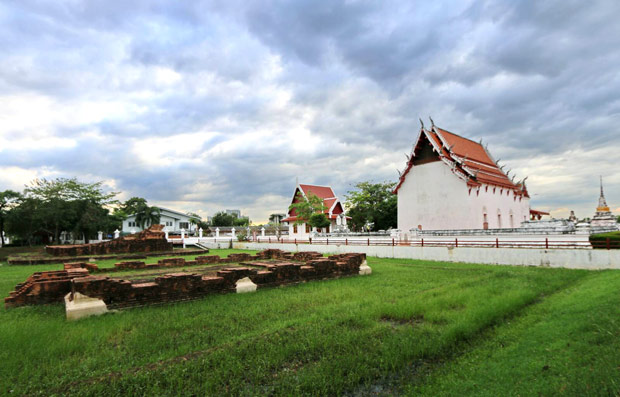 Actually, it's no longer a functioning temple. More than that, it was not just a single temple but two combined. In the late 1950s when the area was appropriated for the RID office, monks from two neighbouring temples by the Chao Phraya River, Wat Choeng Tha and Wat Na Bot, were invited to stay at a new monastery built to accommodate them on the other side of Tiwanon Road. That new temple is Wat Chonprathan Rangsarit, which was so called after the department's Thai name, Krom Chonprathan (Krom Chon, in short). That's how the famous temple of Pak Kret originated.

Back to the centuries-old riverside temples, whose land was expropriated after the monks were moved out. The ordination hall (ubosot) of Wat Na Bot was relocated to the site that was once Wat Choeng Tha. That particular plot within the compound of the irrigation office has been preserved as a religious site called Phutthasathan Choeng Tha-Na Bot, after the original temples. Next to the ubosot stands a shrine dedicated to Chao Pho Suea (tiger deity). A large number of tiger dolls left at the shrine in return for fulfilled wishes is a clear sign that the spirit here is no less revered than the Buddha image in the adjacent ordination hall. 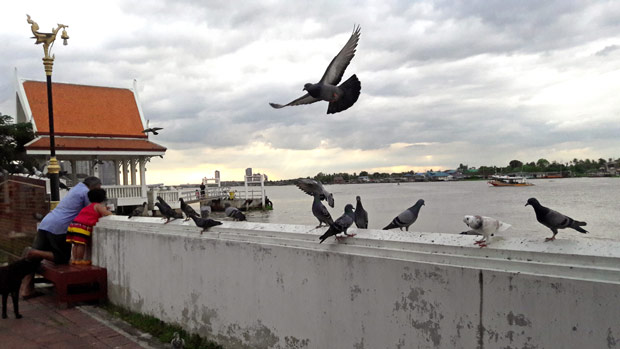 After a brief walk around the sacred ground and some stretching on the breezy riverfront, we were ready for the ride. The cycling lane, like the Choeng Tha-Na Bot site, is open to the public free of charge. It is basically a stretch of road running alongside the slightly curvy Bang Talat canal that marks the southern boundary of the compound, from near the river to the west all the way to Tiwanon road to the east. Direction signs and lanes, one for bikers and another for runners and strollers, are clearly marked. Except for bicycles, the entire stretch is off-limits to all kinds of vehicles. The evening I was there I saw people of all ages riding on different kinds of rigs, from housewife bikes to road bikes. Slower riders keep left to give room for sprinters, who often come in tow, to overtake with ease.

However, there's something about this cycling course that serious speed addicts may find annoying: at each end of the road, riders need to slow down because the U-turn is pretty tight. That's not a problem for me, though. From this side of the big city, I simply can't brave the traffic to go ride on the Sky Lane every day. 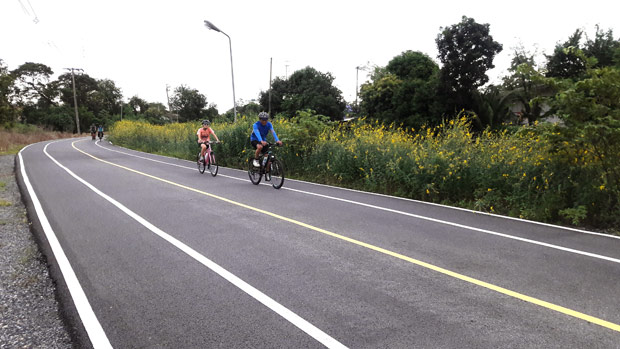 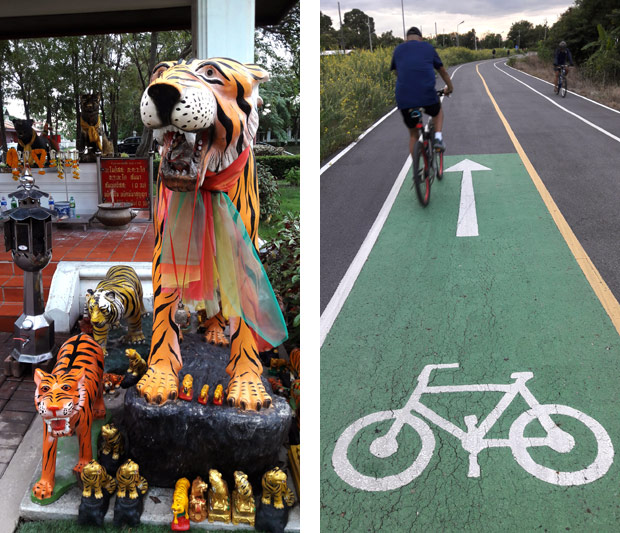 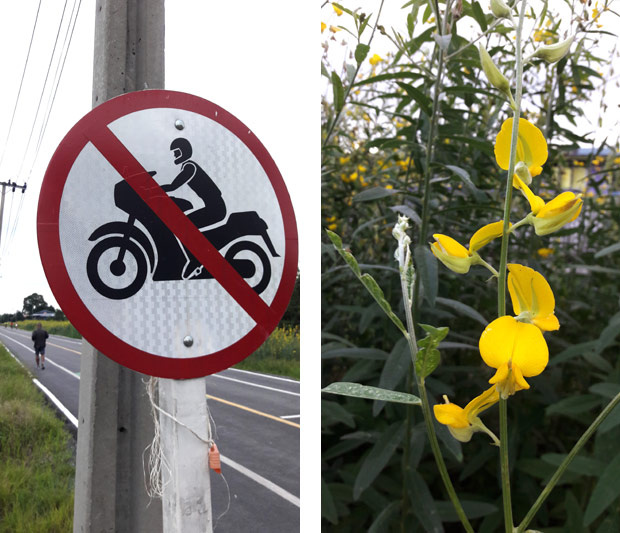 Distance: From one end of the road to the other and back, it's about 4km.

Getting there: The Royal Irrigation Department's Regional Irrigation Office 11 is located on Tiwanon Road, opposite the department's golf course which is adjacent to the south side of Wat Chonprathan Rangsarit. Once you're in the compound just ask people where you can find Wat Choeng Tha. The bike lane is literally a stone's throw from the former temple.

Parking: There's space for several cars near the west end of the cycling lane.

Food & drinks: Occasionally, you'll find vendors at the west end of the bike lane. A mini-mart is available not far away.

What your family can enjoy while waiting: They can check out the old temple and its riverfront area.

Accommodation: You normally don't need this but in case you do there are a number of hotels on the nearby Samakkhi and Chaeng Watthana roads.

A difference in culture and working styles is causing a rift between Central Group and Chinese internet giant JD.com regarding their e-marketplace joint venture JD Central.