Titan of history rises from bones of an old shipyard

Participants who are fond of the history of King Taksin pose for a group photo during a visit to the shipyard. Ampa Santimatanedol

About 250 years ago, Ban Samet Ngam in Chanthaburi's Muang district was bustling with people who were scrambling to build hundreds of boats in preparation for a major war, which would be another turning page in Thai history.

However, today few remnants are left standing of that shipyard's glory days. Scholars and people with blood ties to the place have bemoaned the state of neglect the place has fallen into.

The seaside shipyard on Samet Ngam beach once functioned as a base where King Taksin the Great of Thon Buri rallied villagers who spent three months constructing boats to be deployed to help repel the Burmese troops who had set up military camps at Pho Sam Ton in the old kingdom of Ayutthaya after they had sacked it.

In 1767, the kingdom was attacked by the Burmese, forcing most people to flee Ayutthaya, which was the then capital. King Taksin, who was then a military commander, realised it would be impossible for his forces to hold back the invaders, so he left the falling Ayutthaya with a number of fighters for Chanthaburi where he could muster manpower and resources to retake the old capital.

He planned to gather forces in the seaside province before coming back to liberate Ayutthaya. King Taksin the Great chose Ban Samet Ngam as a location for assembling and repairing warships needed to stage a military offensive in retaking Ayutthaya.

In October, 1767, the ships were launched, in a war declared on the Burmese invaders, at the camps where they took up position in Pho Sam Ton. Ayutthaya was finally freed from occupation on Nov 6 in the same year. 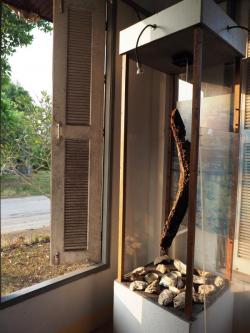 A segment of a warship's keel is displayed at a local museum near the historical shipyard site.

Today, the Fine Arts Department has begun a search for any remains of the ship parts and is examining soil in areas of interest on the coastline. Multiple rectangular deep spots -- which appear to be grease and grime left over from ship-building -- were found along the coast, which suggest the areas were used for boat assembly.

Officers also retrieved some old boat parts. They believed these were parts of junks, or ancient Chinese sailing vessels. One of the boats, about 24 metres long and five metres wide, has three poles with a rudder intact.

Late last month, the alumni association of Wat Intharam School in Bangkok's Thon Buri district organised a motor caravan rally from the school to the shipyard in Chanthaburi. About a hundred people took part in the event to raise funds for the construction of a sound lab for English language at the school.

Like Chanthaburi, Thon Buri district has deep ties to King Taksin. The king had established the district as the capital of the Thon Buri Kingdom in 1768 after the fall of Ayutthaya.

Wat Intharam School is named after Wat Intharam in the vicinity which has a direct historic link with King Taksin the Great since he was ordained at the temple which is also where his ashes are kept. The school logo contains the image of King Taksin on a horse.

A newly erected building at the site of the shipyard shelters parts of the discovered old boats deployed in the Ayutthaya-era war and the materials from the vessels were left scattered on the ground, according to the rally participants. A shrine honouring King Taksin is located there, though no sign boards containing information about him.

A documentary writer, Lanna Boonthawee, who participated in the rally, expressed dismay that the shipyard was not being preserved given its historical value.

"It's sad the place has reached this state of neglect," said Ms Lanna, wife of Kampoon, the National Artist for Literature in 2001. 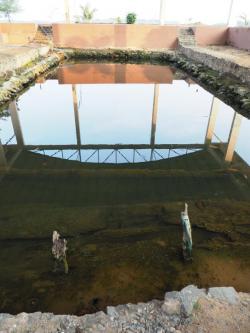 The age-old shipyard once served as a place for the assembly of warships for King Taksin's forces. Remains of ship parts can still be seen at the site.

"Although this is a historic place for an important person, there is only a statute of Phra Chao Tak (King Taksin the Great) without any background saying who he was."

She said the king was an imposing figure, both in life and in the pages of history, who engineered the country's liberation movement, adding: "If Phra Chao Tak had not been there at that time, we would not be here today."

"At the shipyard, there are few (historical items) to speak of. I only saw a statue and vendors of sacred items there," said Ms Lanna.

The sculpture of Phra Chao Tak and the old wooden boats we found have not been put in any favourable locations for visits," said Ms Lanna.

She also complained about state agencies allowing a place of such significance to fall into decay.

King Taksin is widely revered. Admirers include Thanongsak Manothamraksa, owner of the Sampeng II Plaza shopping mall on Kanlapaphruak Road. He commissioned a statue of King Taksin to be built at the mall.

He invested seven billion baht in the shopping centre project on 100 rai of land. He conceded he was not totally certain the venture would be a financial success.

After having the statue cast on the property, on the advice of close friends, most shophouses and commercial spaces around the mall were snapped up in less than three months of the project opening, Mr Thanongsak said.

"I was stunned to find out that this small, seemingly unimportant temple keeps the ashes of King Taksin the Great," said Mr Thanongsak. 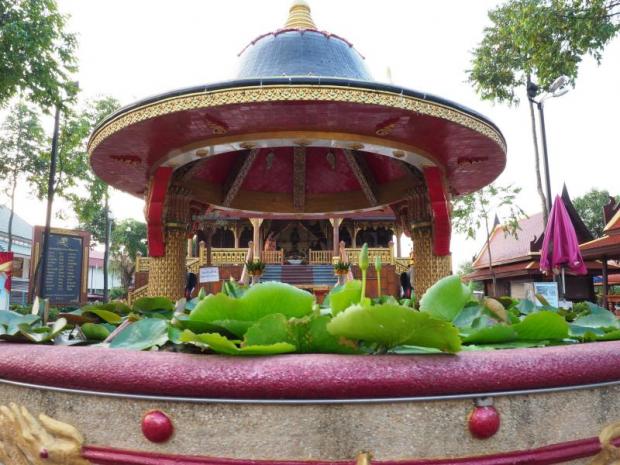 A shrine honouring King Taksin the Great of Thon Buri is situated near the ancient shipyard along Samet Ngam beach in Muang district of the eastern seaside province of Chanthaburi. photos by Anurak Sukkij

Many years ago, the graveyard was left without proper care. He said more than 30 million baht had been raised to improve the site which is now a tourist attraction frequented by Thais and Chinese seeking blessings.

It is unclear how King Taksin the Great died or what became of him. The general understanding among Thais was that he was clubbed to death with a large sandalwood club. After his death, he was succeeded by his long-time ally, Maha Ksatriyaseuk, who later took the throne as King Rama I and founder of the present-day Chakri dynasty.

Circumstances surrounding what became of King Taksin were challenged by Narongrit Sriratnopas, a magazine editor.

Citing documents by a Dutchman who had visited the Ayutthaya kingdom before it was overrun by the Burmese troops in 1767, Mr Narongrit pointed out in his writing last year that King Taksin the Great was not executed via beating as recorded in history books.

"He fled to Khao Phanom in Nakhon Sri Thammarat, where villagers loyal to him took him in and guarded him under tight security," wrote Mr Narongrit, noting the person who was killed with the club was actually a substitute for King Taksin. 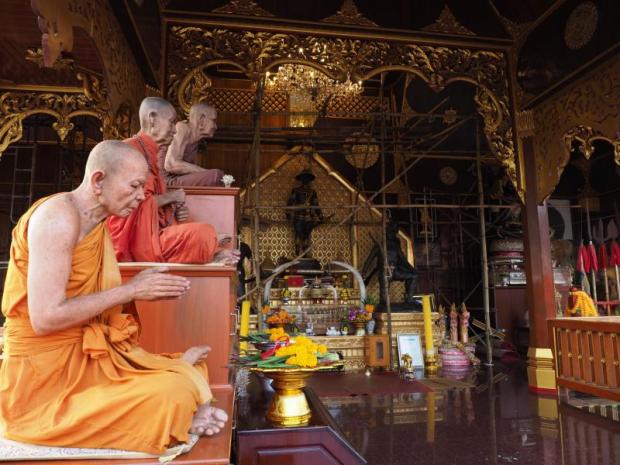 Statues of King Taksin and revered monks erected in the King Taksin Shrine for visitors to pay respect to.

A similar account was also passed on by people who he said they were King Taksin's descendants whom Mr Narongrit interviewed at Khao Phanom.

Today, Chanthaburi is known as the fruit capital of the East, and is blessed with abundant seafood and natural attractions.

Observers said it has the potential to be developed into a historical site honouring King Taksin's liberation of the country from Burmese occupation.

Some historians agreed a proper study centre or a permanent, well-maintained historical site should be built where the younger generation of Thais and foreign visitors can learn about the landmark contributions King Taksin made that led to the subsequent consolidation of the country and the birth of statehood.

A study or historical centre would pay a fitting homage to King Taksin as well as create jobs for locals, according to experts. 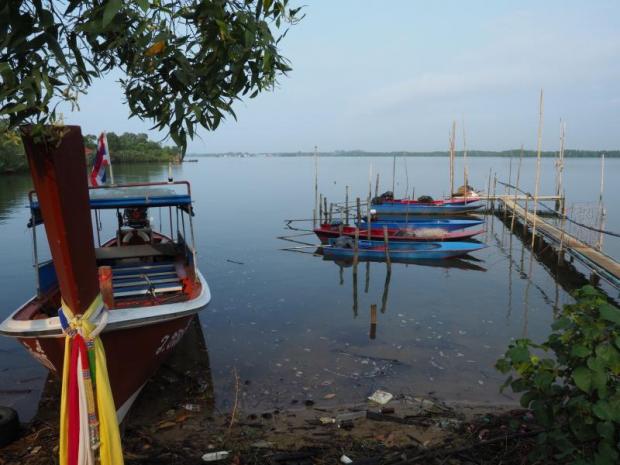 A community pier used by local fishermen is located near the now-defunct shipyard of King Taksin.