The Education Ministry came up with several strategies to improve the learning experiences for students at all levels last year. However, education analysts and research organisations have found a wide range of issues in the system, which they hope to fix within 2018.

Inequality in education was identified as a key issue.

They struggle with problems rarely faced by students from rich families living in major cities, including a lack of funding, resources, qualified and experienced teachers, books and modern education technologies.

Reading the Unesco report is disheartening.

Despite 99% of Thais having completed primary education, only 85% finish lower secondary.

After lower secondary, just 50% have a minimum proficiency level in reading.

Only 80% of the poorest students complete lower secondary levels, compared to 100% of the richest.

Schools are not fun venues for learning but more like battlefields for many, as a third of students aged 13 to 15 suffered bullying between 2010 and 2015, and 29% were victims of physical violence.

The Thailand Development Research Institute (TDRI) has found educational inequality to be among the country's most outstanding issues to be solved.

According to its findings, students in remote areas or small-sized schools with fewer than 20 students per grade earn much lower grades on national and international tests than those living in cities.

In the latest round of the nationwide O-Net test, students in Bangkok or other urban areas, got higher scores than students enrolling in rural schools in all subjects on average.

The Pisa scores for schoolchildren in Bangkok were similar to their counterparts in the United States, while those in the rest of Thailand received comparatively low scores.

Students in small schools get lower scores in part since their schools have very limited resources. The average teacher-to-student in Thailand is set at 20:1.

In some cases, one teacher will teach all the subjects for children of a wide range of ages and grades.

TDRI also found a wide gap in literacy scores between first-grade pupils in Bangkok and those outside the capital.

Forty-seven percent of the latter cannot read or write effectively, while only 16% of their peers in Bangkok face the same issue.

There are nearly 20,000 small schools with fewer than 20 students per grade in Thailand. Without enough teaching staff and resources, it proves impossible to offer quality education.

According to the TDRI, the Education Ministry should merge these schools to combine their personnel and resources.

Sompong Jitradub, a lecturer at the Chulalongkorn University's Faculty of Education, said the government should provide special attention to these small schools, reflecting the education discrepancy between rich and poor pupils.

"What the government can do now is acquire data for people across the country to see differences between the rich and the poor and then try to come up with measures to solve the problem," Mr Sompong said.

PROBLEMS AT OVEC AND OHEC

Despite a lot of plans and measures to solve education problems in the country especially at the vocational level and the university last year, the Education Ministry found difficulties in dealing with them.

Last year, the Office of the Vocational Education Commission (Ovec) also missed its target of enrolment of 196,000 students in 889 public and private vocational colleges nationwide, even though the government has put so much effort into promoting vocational education among Thai youths.

This reflects inter-school violence among vocational institutions and parents' prejudice against vocational education are still crucial problems in the country.

At the higher education level, a probe by the Office of the Auditor-General of Thailand found more than 20% of higher education courses run by Thai universities (2,030 out of a total of 8,949) broke regulations by admitting too many students or failing to employ enough qualified instructors.

Almost 100 bachelor's, master's and doctoral programmes run by universities were closed by the Office of Higher Education Commission(Ohec) as they hired sub-standard teachers and took in students beyond class capacities.

Last year, Education Minister Teerakiat Jareonsettasin, the third minister under the junta-led government, pushed to improve education inequality by creating the "ICU schools project" and "Equitable Education Fund" which aimed to help 5,032 small-sized schools nationwide whose standards were so bad that they needed to receive "intensive care".

The project aimed to renovate the buildings and facilities of these schools and hire more teachers for them. However, this project came to an end because of limited budget after only 1,964 schools had been helped, according to education observers.

They said the country's education policies have been cited as another main problem in developing an education system as Thailand has had 21 education ministers in the past 18 years.

Each of them has had and average of just nine months at the helm. As soon as a new education minister is appointed, they instigate their own initiatives and discontinue those introduced by their predecessors, they noted.

During the current government's term, various educational policies have been attempted, including shorter class hours, an emphasis on history and civic duties, and the establishment of provincial education committees.

The shorter class hours policy and the emphasis on history and civic duties introduced by the first two Education Ministers under this government -- Adm Narong Pipatanasai and Gen Dapong Ratanasuwan -- have already been abandoned, they said.

Nevertheless, the Education Ministry in 2017 implemented its "20-year Education Strategic Plan" in line with the government's 20-year national strategy.

Under this framework, the ministry has set up both short-term and long-term goals in reforming the education system. The short-term goals, for example, include improving the performance of Thailand in competitiveness rankings by two places from the last survey and raising average O-Net scores nationwide in every subject to above 50%.

The ministry needs to work harder on improving the poor image of vocational education among students and parents by eradicating fights between rival technical colleges if it wants to increase the proportion of vocational to general students to 60:40 over the next 20 years.

To combat societal bias and make vocational training more attractive, the greatest challenge is to change its image as, in Thailand, vocational education is still looked down upon as a second-choice education option.

Learning from other countries' successes in improving the public acceptance of vocational studies, what Thailand can do is modernise the learning resources and facilities in vocational schools, to give students more choice by offering a wide range of courses in the fields that students in this era are really interested in as well improving the quality of teaching staff.

Thailand also needs to improve its universities' competitiveness at the international level and get rid of all sub-standard courses.

Most of the top Thai universities have fallen from their previous rankings on the Quacquarelli Symonds (QS) list of top tertiary educational institutions in Asia last year.

Chulalongkorn University was the only Thai institution to rank among Asia's top 50 universities. It placed 45th out of 450 universities from 17 countries.

In contrast, top universities in neighbouring countries such as Singapore and Malaysia performed better than Thai universities.

Thai universities' performance in the latest QS ranking was a reflection of the lack of academic research papers and a shortage of highly qualified lecturers, especially lecturers with academic ranks in the country's education system.

There is also a plan to establish a Higher Education Ministry to oversee university affairs and deal with the sub-standard courses problem.

According to Dr Udom Kachintorn, who is overseeing the establishment of the new ministry, the new Higher Education Ministry will give a greater emphasis to research and innovation and will not intervene in the management of state universities that operate under their own specific regulations governed by their own councils.

WHAT THAILAND CAN DO

Lastly, Thailand needs to focus on certain areas to prepare students for a fast-changing world.

It can do so by conducting a thorough review of its curriculum; developing a holistic strategy to prepare teachers and school leaders to deliver educational reform; and creating a comprehensive information and communications technology strategy to equip all of Thailand's students for the 21st century.

Mr Sompong suggested Prime Minister Prayut Chan-o-cha invoke Section 44 to deal with existing education problems in the country. He also wanted to see the education ministry revoke basic education curriculum from 2008 and help brainstorm to come up with a new one which embraces the 21st century and focuses on technology. 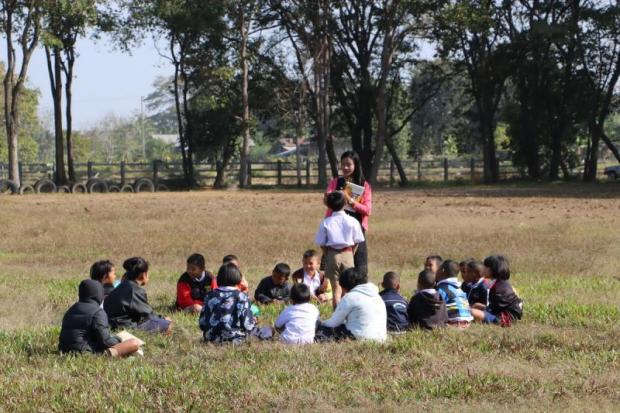 UNDER THE SUN: Students participate in an outdoor activity at Ban Charoensuk School in Surin. The government wants to boost standards in remote areas. 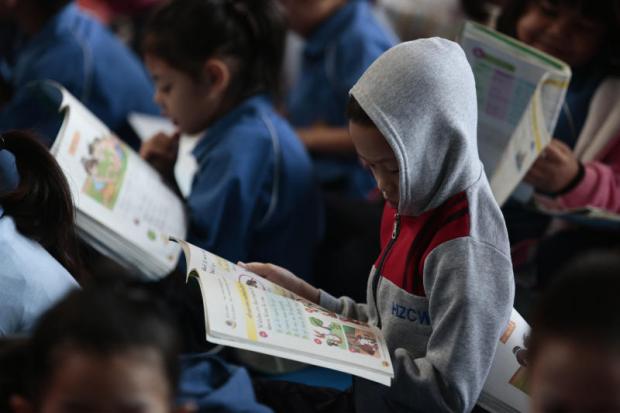 Constitutional Court rules that PM Prayut's tenure has not reached its 8-year limit because it started on April 6, 2017, when the present charter took effect.

KYIV: Ukraine on Friday blamed Moscow for shelling a convoy of civilian cars in the southern Zaporizhzhia region that killed at least 23 people on the front line.