The Bang Rak area, aka the Charoen Krung Creative District, boasts not only the new Thailand Creative and Design Centre at the old Post Office, Warehouse 30 and other art galleries in small alleys but also many cultural attractions and eateries.

Just the close vicinity of the Bang Rak Fresh Market alone is outstanding with three shrines, several Buddhist temples, well-known restaurants, old-style grocery stores and a former popular cinema. Within walking distance from the fresh market where tourists can browse and buy fresh ingredients, they can also learn about local livelihoods at various sightseeing stops, such as observing or trying garland-making at a shophouse near the old Prince Theatre, or sipping herbal tea at the 88-year-old Yan Wo Yun sauce and grocery shop or at Hua Tuo Bitter Drink shop which was established in 1931. Those with strong stomachs may stop by at Tia Ha Kee, one of Bangkok's only two remaining chicken butcher shops where buyers can choose live chickens for the vendors to butcher and sell to them.

You can pray for blessings at a Chinese shrine and the Shrine for Chao Phor Reuang, the wooden statue of a man, like the locals have done for over a century. These two shrines are behind Le Bua Hotel. The other Chinese shrine is in a small alley with a huge bodhi tree not far from the old Prince Theatre. The tree was planted by a local more than 80 years ago. 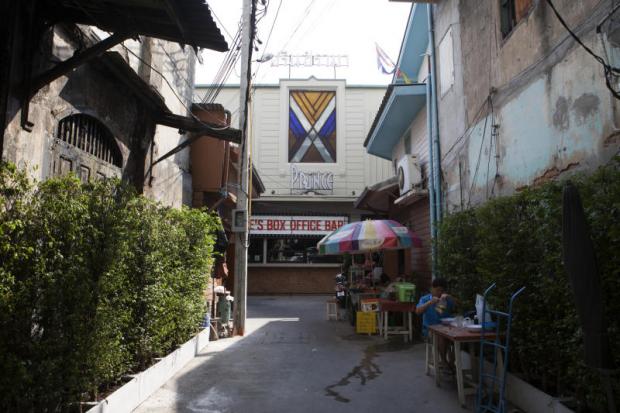 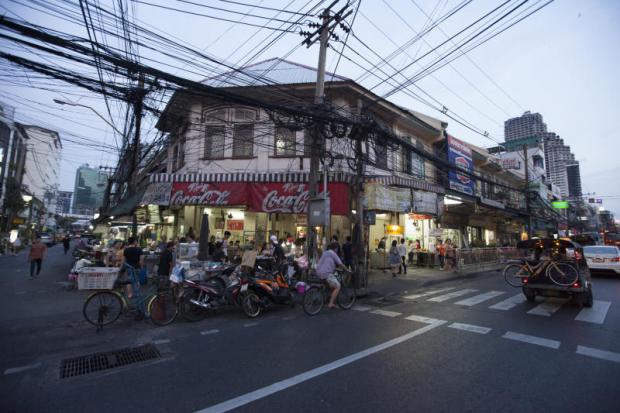 Inside Charoen Krung 42/1 opposite the Prince Theatre Alley is Wat Suan Phlu. The temple has an ordination hall decorated with colourful stucco art as well as the hall for the Reclining Buddha which protected local residents from bombs during World War II. On the left is the shrine for the statue of Chinese goddess Guan Yin that was built by Chinese settlers in Siam during the reign of King Rama I. A highlight is a cluster of Western-style wooden living quarters for monks. These buildings are beautiful due to the gingerbread-style wood carvings, and were honoured by the Association of Siamese Architects in 2002 for outstanding conservation. Unfortunately, more than half of them were dismantled a few years ago on the order of the temple abbot who claimed threats from termites as the main reason.

Food lovers will enjoy some of the area's well-known dishes, such as congee at the 60-year-old Joke Prince shop, roasted duck at Michelin Guide-recommended Prachak restaurant, pad Thai from Baan Padthai, steamed pork legs at Thewada stall, bread and pastries from the 63-year-old Panlee bakery shop, bread at a shop in an alley with a Watson store, roasted duck noodles and steamed pork legs at Jeh Pon restaurant behind Lerdsin Hospital, fried bananas at Jeh Noi stall and boiled beans in a soi opposite Robinson Bang Rak.

Those with a sweet tooth should not miss khanom chan, khanom piakpoon and khanom morkaeng at Khun Luang Nart shop (the former Boonsap shop) and khao nieo moon and khanom babin at Sor Boonprakob shop in front of Talat Luang Alley. 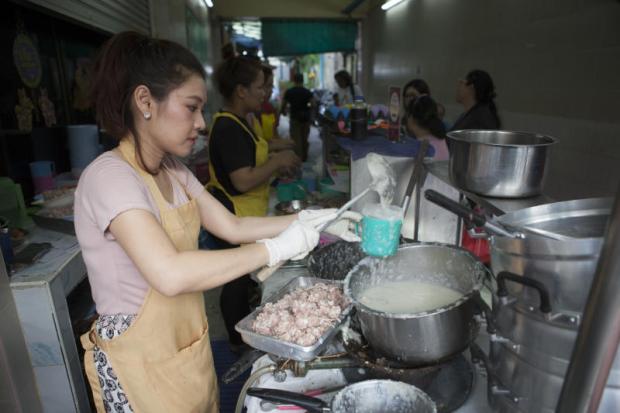 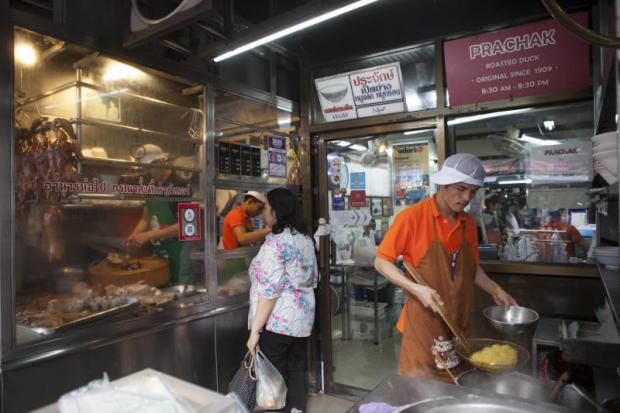 In addition, the Bang Rak area has a long history for people to learn. Siam's first Western-style road, Charoen Krung (New Road), has a lot to tell about Siamese history being where various cultures crossed paths with each other. Back in the 19th century, many Westerners came to Bangkok during the reigns of King Rama III and King Rama IV. They requested a modern road for them to ride horse-drawn carriages. In 1861, King Rama IV therefore ordered the construction of the southern section of a new road from Klong Khumuang Doem canal to the Chao Phraya riverbank at Bang Kho Laem district. The "new road' was officially named by the king as Charoen Krung in 1868. Construction cost 28,038 baht.

This road led to more convenient transport and attracted more foreigners to open shops, rice mills, sawmills, shipyards and piers in the southern area of the road. The Loftus map of 1878 by Danish tram operator John Loftus shows that many of the Europeans worked in Bangkok as officials of a dozen foreign embassies in the Si Phraya and Sathon area roads and between the river and New Road. Most Westerners opted for Bang Rak village, where a Western-style central business district emerged after the opening of the road. 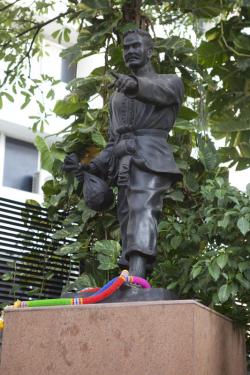 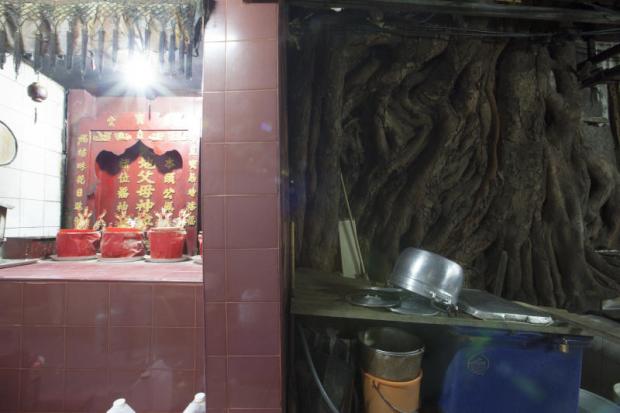 A Chinese shrine with a huge bodhi tree.

From 1912-1917, an alley off Charoen Krung and Si Wiang roads housed one of the five most popular casinos in Bangkok. Many Thais and foreigners flocked there to make quick money. Tired gamblers were lured to stay on by watching all-male Chinese opera performances. Around the casino, the gamblers could find everything from food to opium houses and brothels. However, all the casinos were banned in 1917 by royal command. This casino was turned into Prince Theatre that screened silent and black and white films. In the early evenings, shop owners and food hawkers enjoyed thriving businesses. Folks flocked to the Prince and sat shoulder-to-shoulder on wooden benches and ate noodles and snacks while watching silent movies with live dubbing. If you are interested in this part of history, you can pop over at the Prince Theatre Heritage Stay to look at the place and movie collectibles. 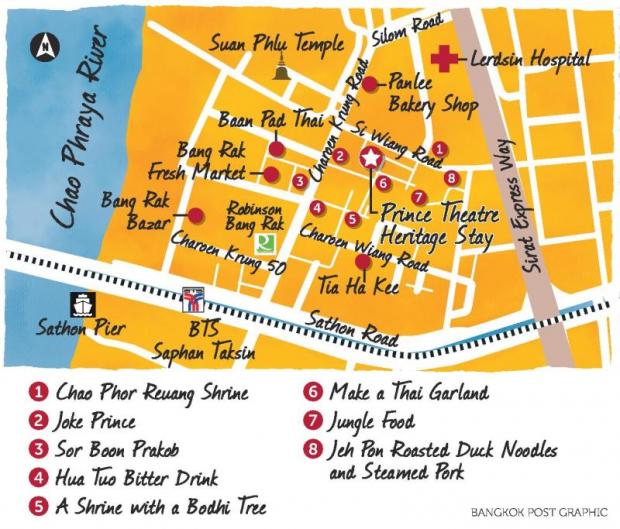 Other interesting places in the Bang Rak area include the Bangkok Folk Museum, Wat Muang Khae, the Old Customs House and Haroon Mosque. The Bangkok Folk Museum in Charoen Krung 43 displays old objects and photos reflecting the way of life of the middle class in Bangkok from 1937-1957. A visit there can bring a good conclusion to your trip to Bang Rak through the telling of interesting stories in the area. 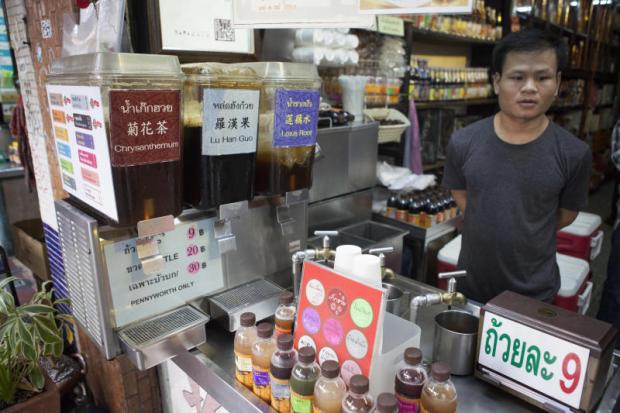 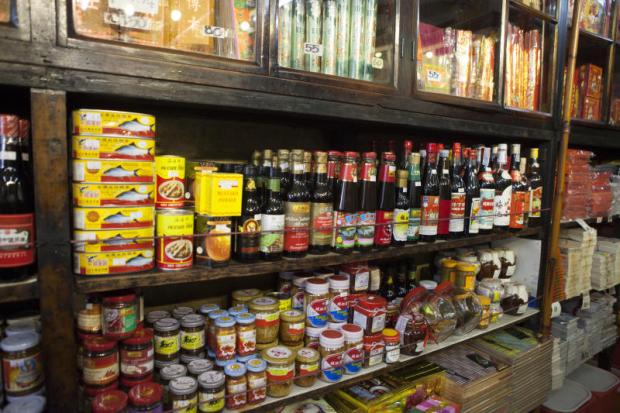 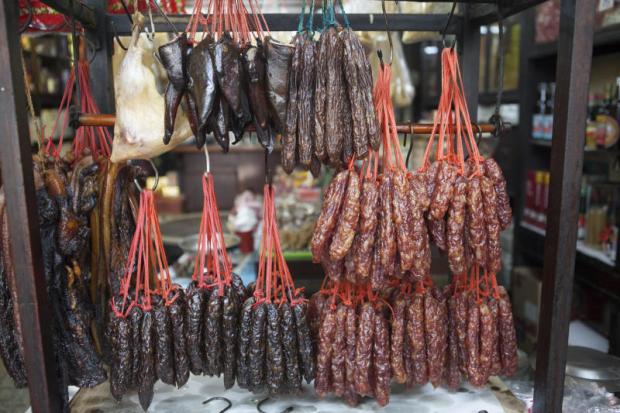 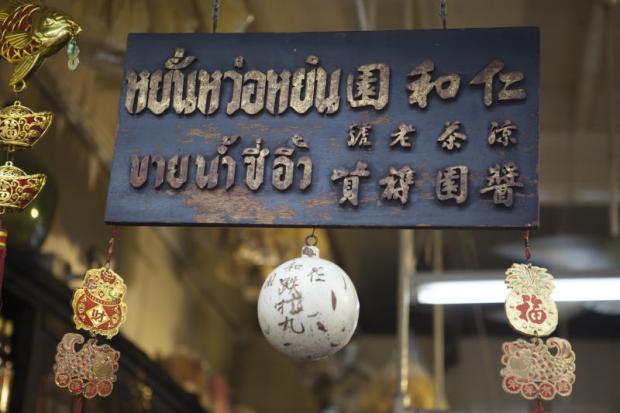 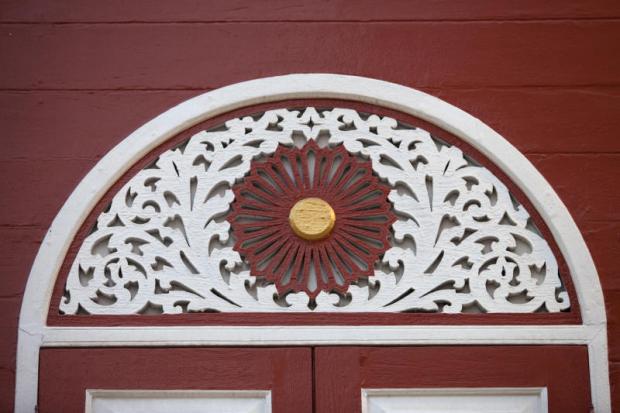 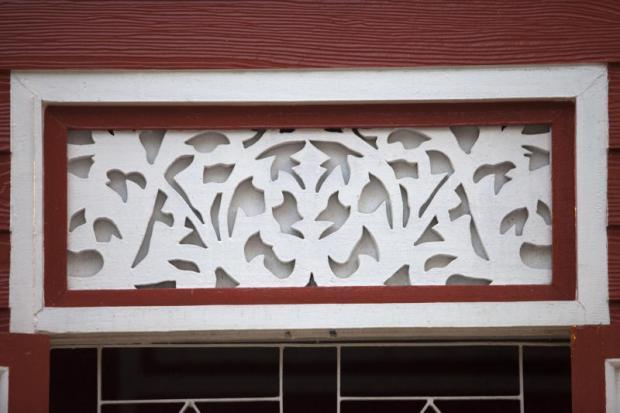 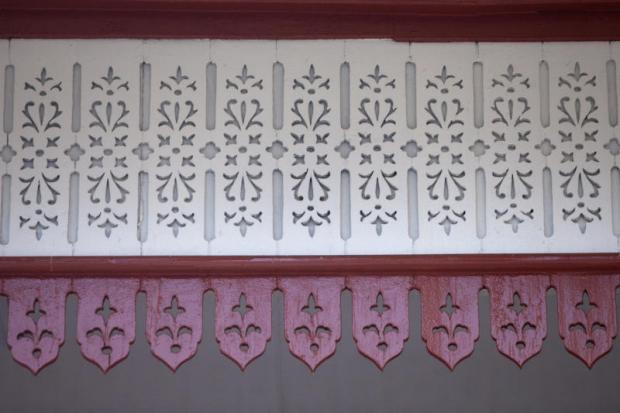 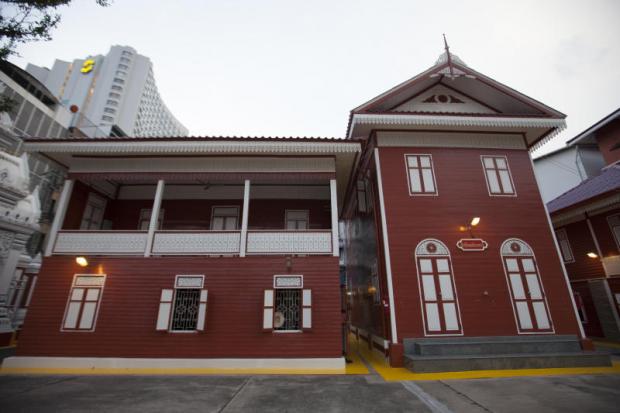