Organic growers in Nan say they are healthier than their peers who rely on fertilisers and making more money while also saving watershed forests from corn plantations, writes Sanitsuda Ekachai

Severely sick and on the verge of miscarrying, Supalak Suwan didn't have to think twice when her doctor told her she would have to choose between sticking with her job, which meant continued exposure to toxic farm chemicals, or having a healthy baby. 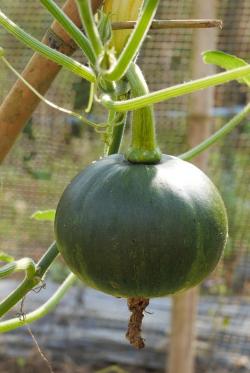 "I chose my baby," said the soft-spoken mother of two. After quitting her job as a seed technician at a giant agro company, she turned to organic farming to grow her own food and stop consuming chemical-laced foods in a bid to cleanse her system.

That was over a decade ago. Now Ms Supalak, 46, is one of the leading organic farmers in Nan province. After eight years of consuming only organic food, her blood, which once contained dangerously high levels of unsafe chemicals, has returned to normal.

"And my daughter is safe and healthy," she said, beaming.

While organic farming was the answer to Ms Supalak's health problems, Krit Intanam, 53, believes his 2-rai farm, which grows organic vegetables on a denuded hill, provides an answer to massive deforestation as a result of growing corn plantations in the mountainous province.

Apart from serving his health, he said the variety of organic vegetables he grows earn more revenue than his old 50-rai corn plantation, which depended heavily on farm chemicals.

He is so confident of his new farming choice that he has now stopped planting corn and returned some of the land to state authorities while allowing the remaining acres to regenerate naturally.

"People say I was crazy. But take a look at this," he said with a proud grin as he pointed to rows of organic vegetables, a small patch of green surrounded by bare hillocks.

A year ago, the soil was parched and free of nutrients. But thanks to the frequent use of organic fertiliser and a clean water source nearby -- not to mention Mr Krit's grit and determination -- the rejuvenated soil is now yielding abundant produce.

Moreover, his organic vegetables are selling like hot cakes. His neighbours now make orders on their smartphones using the popular messaging app Line, and collect the produce when convenient from his home.

After only one year of organic farming, the herbicide residues in Mr Krit's land have reduced by 60%, said Dr Thansiphorn Chandhom, a lecturer at Chulalongkorn's School of Agricultural Resources.

"If other farmers do what I'm doing, they will earn more money, save their health and save the forests," said Mr Krit.

The Nan River provides more than 40% of the water that courses along the Chao Phraya, the country's major water artery. But corn plantations for the animal feed industry have slowly destroyed watershed the forests along its banks, contaminated the soil and poisoned the river with toxic chemicals that become permanent fixtures in local food chains.

Using fire to clear the forests, in order to grow more corn, also causes a toxic haze every year.

So if organic farming is the solution, what is stopping mainstream farmers from going green?

"They still do not see the danger farm chemicals pose to their health," said Mr Krit. "But I do. People around me keep dying from cancer. I don't want to be one of them."

"You need to learn what your plants like or dislike, often through trial and error. It's hard work and often discouraging. Many of us need to get rid of insects by hand to protect the good plants. It's time-consuming. You can't do it unless you believe in what you are doing." 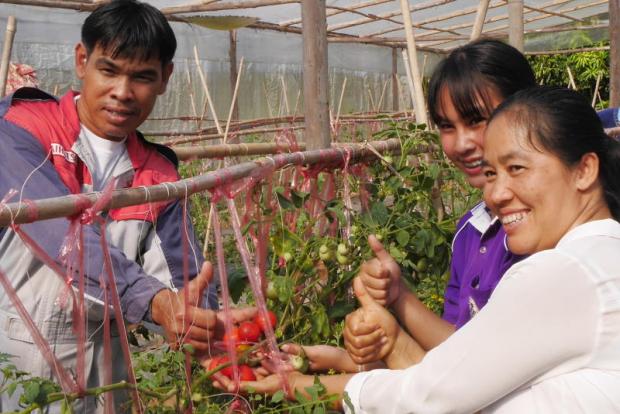 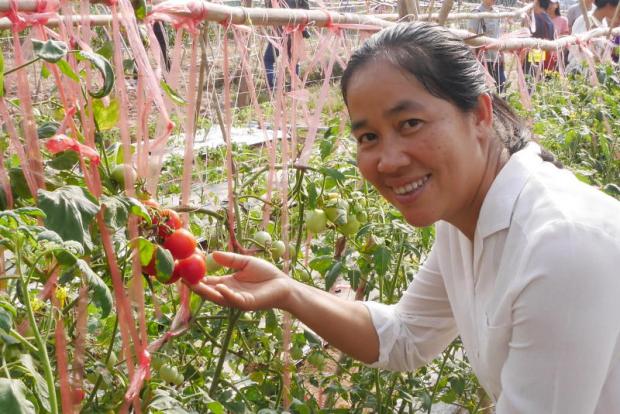 Supalak Suwan inspects the organic tomatoes she bred herself, using her old skills as a seed technician at an agro company.

Trapped in debt, most farmers dare not migrate to organic as they are not sure people will buy what they grow.

However, the problems for small organic farmers in Thailand don't stop there, said Suwanna Langnamsang, managing director of Lemon Farm, a social enterprise for organic and inclusive food supply chains.

For starters, small farmers do not have access to modern trade because they can't afford official certifications required by law. "The certification process is highly complicated and costly, making it accessible mainly to big farm operators," she said.

To obtain the correct certification, farmers must only operate on authorised plots of land. But the majority of those in Nan, and other watershed areas like Supalak and Krit, live and work on areas demarcated as national forests.

As such, small farmers in the highlands are usually unable to acquire organic certification, reach a wider market, rise above poverty or save the watershed forests.

"Logistics is also a massive problem," added Ms Suwanna. "Transporting the goods to consumers is very 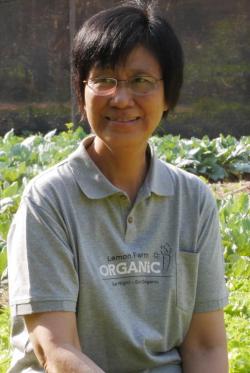 expensive, and small, individual farmers can only produce a small amount of organic vegetables. So they need to organise themselves into groups to make transport cost-effective."

Meanwhile, organic markets are still limited in scope, she added. Fair prices for small farmers and expensive logistics have made organic vegetables more expensive than chemical-fed produce, putting them out of reach for many mainstream consumers.

Making things worse, irresponsible suppliers of so-called organic produce have destroyed public trust. Regular surveys have shown their products to be as contaminated as the vegetables in wet markets, despite their higher prices.

The challenges for organic farmers are manifold. Consumer trust must be restored; and organic farmers should receive fair prices without overburdening consumers. But for this to happen, collective produce must be big enough to make transporting it cost-effective. This is an issue at a point where demand is still relatively weak.

Ms Supalak, Mr Krit and about 50 farmers in Nan are trying to break this vicious cycle by joining the Participatory Guarantee System (PGS), a organic certification project set up by the Federation of Organic Agriculture Movements (IFOAM), to accommodate small farmers.

Initially introduced to Thailand by the Asian Development Bank (ADB), this participatory organic certification system requires organic farmers' groups to cross check one another regularly. They are also subject to third-party auditing to ensure transparency and strengthen consumer trust.

The iron rule is if one member cheats, sale orders for the whole group will be cancelled.

A new member must also pass many procedures such as analysing their own farms' situations, receiving training, joining and passing organic farmer groups' participatory cross-checking system, documenting their own farming process for traceability, and making public pledges before eventually receiving the organic PGS certifications.

In Nan, Chulalongkorn University's School of Agricultural Resources, Lemon Farm, and the Thai Health Promotion Foundation are working together to use the organic PGS system to also stop deforestation from corn plantations and heavy use of toxic farm chemicals by providing organic farmers with access to organic certifications, markets, and efficient farm management.

Apart from local buyers, organic farmers can also sell their produce to Lemon Farm outlets that deal with organic and natural foods. Nan farmer Sithong Suwan, Supalak's husband, tends their organic vegetable plots which have given them both good health and financial security.

"When other farmers see how much we are making, using less land, they will want to join too," said Ms Supalak, who is now using her farm as a learning centre for other small farmers.

If their organic networks grow, they will able to sell their produce to other outlets because Lemon Farm Organic PGS certification is recognised by the National Bureau of Agricultural Commodity and Food Standards.

Mr Supalak noted, however, that organic farming tends to fail if farmers' desire to make money comes before concerns about their health. The cross-checking system will screen out the rotten apples, she said.

The success stories in Nan have made pundits wonder why many other efforts to promote organic farming have failed.

"To make the system sustainable, we need to work with small farmers from the very first step of choosing what to grow, up to guaranteeing them markets and fair prices," said Ms Suwanna. "Farmers are ready to change when there are markets for their produce."

She is hopeful the market for organic produce will grow when consumers are aware their organic choices can have a huge impact on the world.

"It is about better health for farmers, consumers and a better environment. It's about nurturing soil fertility in a natural way. It's about stopping deforestation, soil erosion and chemical contamination in the food chains."

For organic farmer Supalak, it's about caring about your body and the people you love.

"I got my baby and my health back because of organic food. I'm now happy and proud that I'm able to produce safe food to keep other people healthy, too." 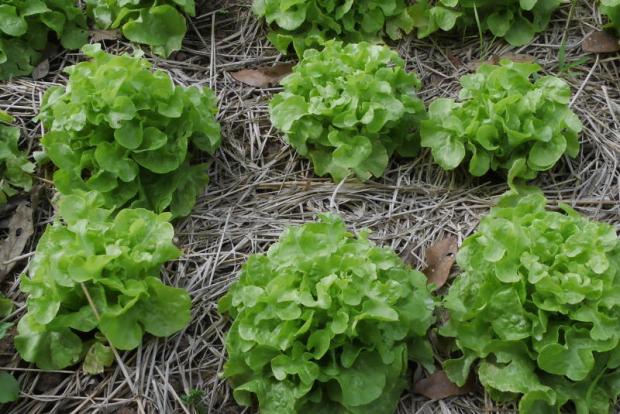 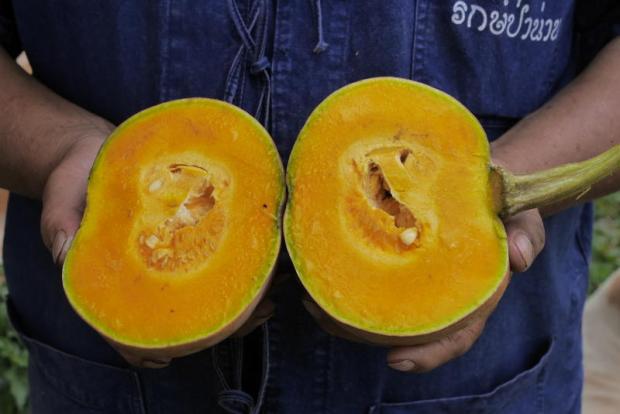 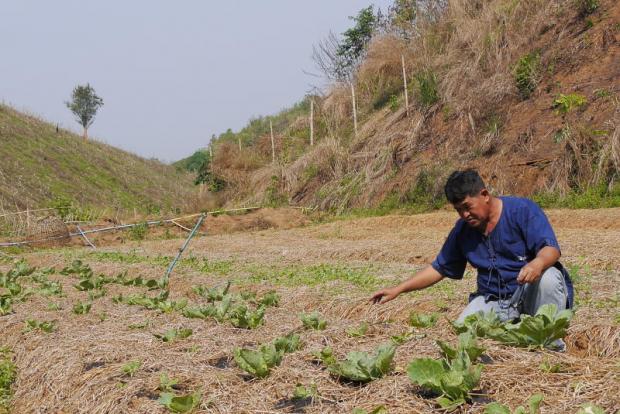 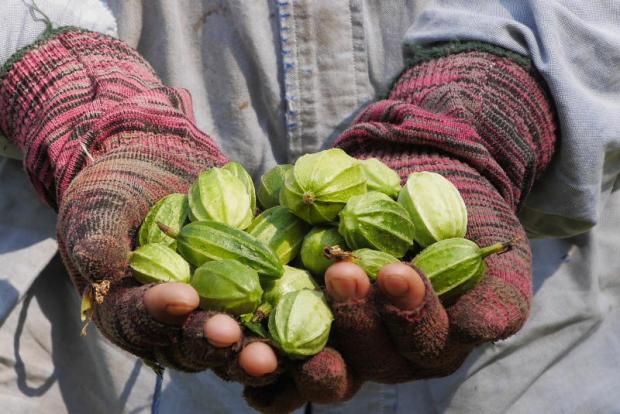 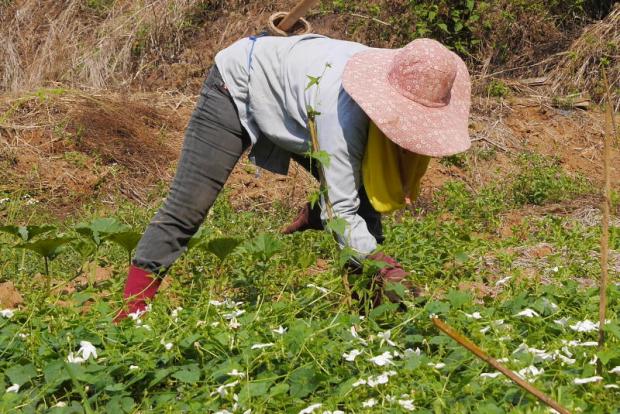