Out of the shadows, almost
Thailand
Special Report

Out of the shadows, almost

The coming months could mark a turning point for Thailand as an art destination, as the country prepares to host not one but three major contemporary art events.

The Bangkok Biennial, a project led by a team of organisers who wish to retain their anonymity, will be the first to take place, kicking off in July. It will last until September, when the Bangkok Art Biennale -- fronted by international A-listers such as Marina Abramovic, Yoshimoto Nara and Elmgreen and Dragset and bankrolled by a long list of sponsors -- is expected to begin.

The list of participants in the Bangkok Biennial, a sort-of guerrilla event, has been recently released and it includes many favourites among the local art scene, as well as international actors.

In Bangkok, Speedy Grandma, TARS and the popular 'N22' galleries Artist + Run and Cartel Artspace will be joining in the event, as will the Bangkok Underground Film Festival or the Guerrillaboys. Often viewed as an alternative event, the Bangkok Biennial is a high-concept event challenging the norms and curatorial models of several biennials or biennales taking place around the world today. Life spoke to one of its founders, a regular figure in the Thai art scene who wants to remain nameless to suit the anonymous concept of the event, about the Bangkok Biennial's philosophy and project course.

Yours have often been called an 'alternative', 'underground' or 'guerrilla' event. What are your thoughts on these appellations?

The Bangkok Biennial (BB) project was planned long before we heard of the Bangkok Art Biennale (BAB) being announced in Venice. It was never conceived as a challenge to it.

We understand it may seem like that. But if you look at the facts closely, you'll see it's untrue. We registered the domain of our website prior to that announcement.

If people want to call the Bangkok Biennial 'guerrilla', then that's fine, as long as they don't call it a challenger.

The Bangkok Art Biennale is likely to be a highly curated event. It has an artistic director and a team of curators. The Bangkok Biennial seems to reject this model. Can you explain why?

In contemporary biennales or biennials, there's been a strong curatorial model. In the same time, there are more and more art events challenging these norms. For instance, the Documenta 14 in Athens last year challenged the traditional way of organising Documentas. 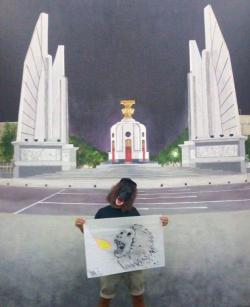 We were inspired by such movements and saw that they were a good fit for the art community in Bangkok.

It was a big dream, then we published the website last year and people started to respond as the project resonated with them.

Why then use the word 'biennial'? Do you wish to reclaim the use of this term?

It really started with us thinking 'why don't we have a biennial in Bangkok?'. From that point on, the name 'Bangkok Biennial' just seemed the most straightforward and effective in terms of conveying what we want it to be: a contemporary art event.

Several of the Bangkok Biennial's pavilions will not actually be located in Bangkok. What is the idea behind this abstraction?

We don't see the pavilion as just a physical space but also a theoretical or conceptual space.

Out of 69 registered pavilions, around half a dozen are located in Europe or co-located between European countries -- France, Germany and The Netherlands -- and Thailand. Other pavilions involved Japan and Taiwan as locations as well.

Several of these projects were co-curated between Thailand and other countries.

In Thailand, there will be about 10 pavilions located in cities other than Bangkok, including in Ratchaburi, Khon Kaen and Pattani.

Finally, a dozen pavilions will be urban interventions in the streets, in marketplaces and elsewhere in Bangkok.

The Bangkok Biennial does not have a central board of curators. You made a call for applications, but was there a selection process?

Some projects that were submitted did not quite fit the spirit of our event and had to be turned down. But that's very few of them -- I think I can count them on one hand.

We accepted almost every proposal. Actually, nearly all the projects that were submitted worked in the same direction as ours.

Who decided to turn down these other projects then?

The core members of the Bangkok Biennial, or its founding members. But those were very rare occasions, often proposals that were sent by people who hadn't read our brief.

Other than that, the vast majority of submissions we received were by people who really understood what we were aiming for and had in mind works that tied in with our project.

Last year, when you announced the formation of a Bangkok Biennial, you were very insistent on keeping the anonymity of its founders. Now that the list of artists and collectives involved has been released and the event's general direction can be interpreted, is this anonymity still relevant?

Absolutely. We were very serious about keeping our anonymity because we didn't want people to focus on our names rather than our concept, or for them to think that there would be an imbalance in the selection due to who we were. Not only that, the Bangkok Biennial was born out of the art community in Bangkok. It's a grass-roots movement. Out of respect for the art community, we don't want to take credit.

How will the Bangkok Biennial be able to differ from a regular galleries-hopping event stretched out over several month?

We understand that this is a concern. However, over the course of three months, we'll be hosting several world-class art projects.

Will there actually be a second edition to the Bangkok Biennial?

What does the fact that Thailand will have three biennales or biennials reflect about the local art scene?

The problem with the Thai art scene is that no one is working together. Everyone is doing their own project without consulting others.

If somebody had a big budget to make a world-class biennale but wouldn't talk to local actors who have been working here for the past decades, would that be right?

When we first conceived the Bangkok Biennial, there was no Bangkok Art Biennale yet. At that time, we thought 'who would do it if we don't?' 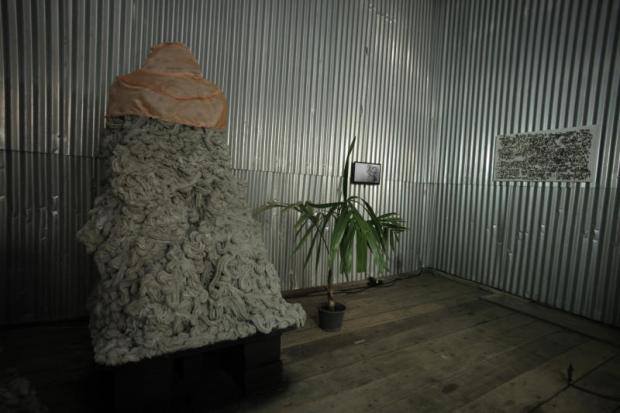 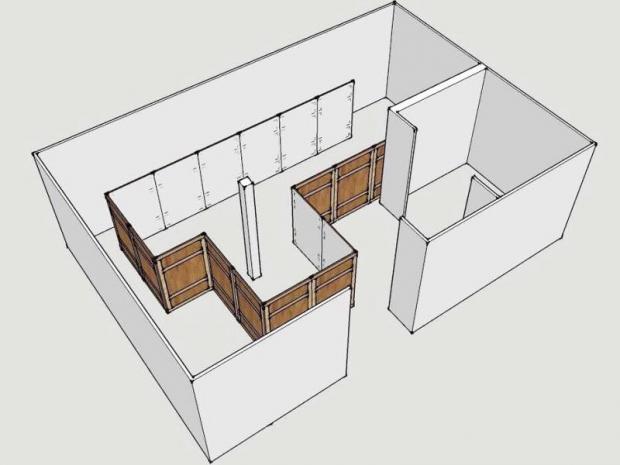