A delicious slice of history

Khanom Farang Kudi Chin, the Portuguese cake made by the Kudi Chin community in Thon Buri district, has been selected by City Hall as one of the six "local wisdoms" of Bangkok considered worth preserving. 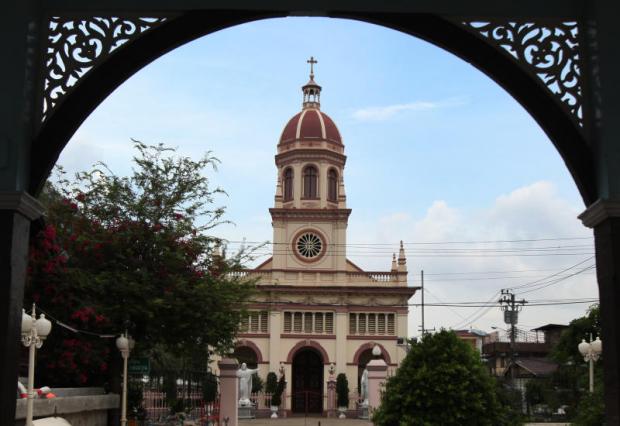 Kudi Chin is one of the early expat communities in Thailand. Chinese migrants were the first settlers, followed by the Portuguese and others who moved there in 1769 after the fall of the ancient capital Ayutthaya.

Looking no different from a typical sponge cake, the Khanom Farang cake may not appear unusually appealing, but its long, rich and interesting history, which traces back to the Thon Buri period over two centuries ago, makes this plain sponge more than just a desert. Khanom Farang Kudi Chin has become a reminder of the long-standing relationship between the Thais and the Portuguese. The Portuguese were the first Europeans to set foot in Siam (as Thailand was known at the time), and records show that Portuguese seamen first arrived on these shores over 500 years ago.

The Portuguese began settling in the Kudi Chin community in 1769 after the fall of Ayutthaya, Thailand's old capital city. Located along the Chao Phraya River, the first foreigners to arrive had been Chinese merchants decades before during the Ayutthaya period, so the area became known as "Chin", which means Chinese in Thai. Kudi Chin was an early expat community and, apart from Chinese and Portuguese, there were also Muslims and Mon, from Myanmar, as well as French priests. Even today, the area remains home to many Chinese shrines, mosques and Santa Cruz, the second Catholic church to be built in the country.

The area's famous sponge cake embodies the cultural assimilation that occurred among foreign settlers. While the cake was baked in a Portuguese style, the pumpkin topping came from the Chinese who considered it an auspicious fruit.

What makes the Kudi Chin cake even more noteworthy is that there are now only three families in the community that still make it the traditional way using the old recipe which has been passed down from generation to generation.

Wisinee Maneeprasit, owner of the Lan Mae Pao shop which sells the famous cake, is a member of the fifth generation of a family descended from Portuguese settlers with the last name of Benedict. Her grandmother originally opened the shop and Wisinee, now 52 years old, grew up there, helping her first her grandmother and then her mother.

At first, she did not want to take over the family business and opted instead to work at an insurance company. However, 20 years ago, after becoming bored with office life, she decided to quit and return to the baker's oven. "I just thought, 'Why don't I dust off my skills at baking the Khanom Farang Kudi Chin and put it to good use?' After all, the knowledge for making this special cake has been passed on from generation to generation in our family," she said.

She resigned from her office work to run the cake shop, then, a little later, her husband decided to follow suit. That was when they began running the shop together, as they still do today, with only two workers to help them.

What makes the Khanom Farang Kudi Chin stand out from other types of sponge cake is that it is based on only three ingredients -- namely flour, duck eggs and sugar, which is a traditional Portuguese way of making cakes, said Ms Wisinee.

And, unlike any other types of sponge cake, the Khanom Farang Kudi Chin is then topped with slices of pumpkin boiled in syrup, dried persimmon and raisins, she said.

There are two more families in the community which maintain the traditional way of baking the Khanom Farang cake and they run the Pa Lek and Thanusil shops.

Ms Wisinee says she still uses a traditional charcoal-fired oven and pinches the top of the cake to form pleats on it, which sets her cakes apart from those sold elsewhere in the area.

The charcoal oven, she said, helps make the cake crispy on the outside but soft and tender on the inside with a delightful sweet smell, she said.

With the four people working together at her cake shop, the shop can produce about 200 packages per day.

Each package contains four pieces of the cake and is sold for 25 baht wholesale and 35 baht retail.

"The modern generation may not know or like the Khanom Farang Kudi Chin as they have a lot more choice," she said.

"While those types of cake are butter-based, mine do not contain any butter, nor do they contain baking powder, food colouring, artificial preservatives or any other additives."

However, most children in the community enjoy the Khanom Farang cake as they have grown up with it, she said.

Ms Wisinee, however, once made the decision to try a different way of baking the cake to see if it might appeal to customers used to a more modern, sweeter style.

She tried dusting the top of her cake with icing but later regretted the change and resolved to stick to the traditional way, with its distinguished history and loyal following.

"Although most customers are now people from the older generation, I still want younger people to try the cake as well. The ingredients are healthy and I feel it's important to preserve this delicious inheritance," she said.

Ms Wisinee and her family intend to continue baking the Khanom Farang Kudi Chin in its original form for as long as they can.

And for the sake of preserving the traditional way of baking the cake, those who are interested in learning are welcome to visit her shop and learn the recipe and the baking technique, she said.

"The district office is determined to preserve the Khanom Farang Kudi Chin by organising a training course on how to make it as well helping to find more markets to sell it in," said Manas Prachuapchinda, director of the Thon Buri district office.

At this point, the number of cakes produced by the three families in the Kudi Chin community remains limited and isn't enough to distribute them to markets outside the community, he said. 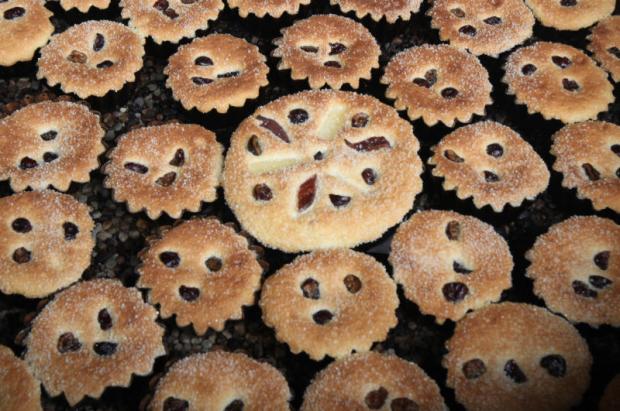 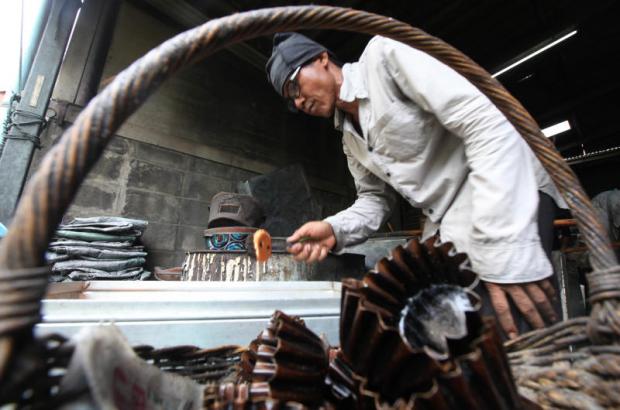