TRASH TO TREASURE: Precious metals are extracted. The rest is incinerated and dumped.

An in-depth investigation is under way to bring both local and national politicians to justice after some are suspected to be involved in an illegal electronic waste recycling business operated by Chinese businessmen.

In an exclusive interview with the Bangkok Post, Pol Gen Wirachai Songmetta, a deputy national police chief, who oversees a police team inspecting electronic waste recycling plants across the country, said some politicians are involved in this business.

Worse, they abused their power to threaten local authorities not to carry out routine inspections at those plants.

Some of the plants were suspected not to be licensed to import electronic waste into the country, Pol Gen Wirachai said.

The deputy national police chief denied to elaborate on details of the probe or the identity of the politicians, saying it may affect the investigation.

Pol Gen Wirachai carried out the first inspection at an electronic waste recycling in Chachoengsao's Plang Yao district late last month after receiving a complaint from local people who said they were badly affected by pollution.

They accused the plant of allowing waste water leaks into their water sources and farmland. The probe also found the plant was operating the business illegally because it was not licensed to import electronic waste into the country.

After this inspection, Pol Gen Wirachai expanded his investigation and carried out more inspections at 17 other illegal plants involving e-waste recycling and waste landfill activity.

They are six plants in Chachoengsao, eight in Samut Prakan, two in Pathum Thani, and one each in Chon Buri and Samut Sakhon.

Pol Gen Wirachai said the illegal plants had major shareholders who are Chinese businessmen. Ninety-nine percent of workers are from Thailand's neighbouring countries.

Some of the plants were hiring Thai accountants to help falsify information to help them avoid paying tax, he said.

He said the number of electronic waste recycle plants had rapidly increased.

According to records from the Department of Industrial Works, the number went up from 43 plants in 2014 to 111 plants last year and 52 more plants in the first half of this year.

He said that the electronic waste recycling plants that police have raided have usually adopted the practice of taking precious metals such as gold and copper out of electronic waste by burning the waste down at high temperatures.

The plants obtain precious metals for selling, and incinerate all unwanted items.

He said electronic waste management is a lucrative business with a price of US$1,000 (33,000 baht) per container.

He said the Department of Customs usually fines those who illegally import electronic waste at a rate of 20,000 baht and orders the material to be shipped back to its country of origin.

However, he said the penalty is low and wrongdoers are willing to re-offend.

He suggested the department should transfer the case to police so that tougher punishments will be meted out to them with 10 year prison sentences. 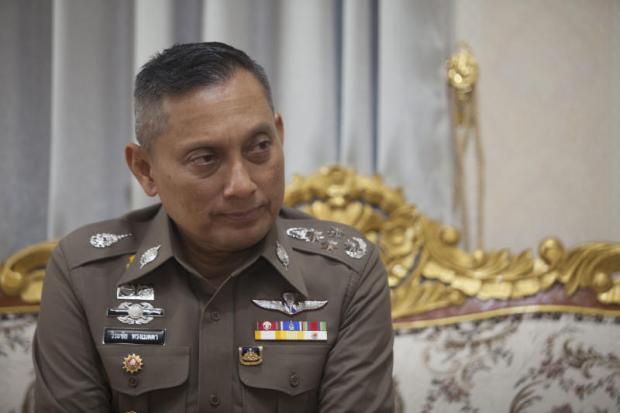 ''The case has strong impacts on environment. Foreigners get money and pollute our land. We are going to face heavy metal contamination on the land and in the water. If our food is contaminated with those heavy pollutants, we can't be the world's kitchen. All people will get strong impacts from poor environment from the land to the sea," he said.

Penchome Sae-tang, director of the Ecological Alert and Recovery-Thailand (EARTH), said the Department of Industrial Works must take responsibility to monitor the critical impacts that have already happened in many communities.

"It is important to investigate whether officials are involved with corruption as I have found there are over 15 licences to import e-waste held by only one company," she said, adding that corruption and weak law enforcement are the main causes of the waste scandal in the country.

The current law does not cover these kinds of plants.

The National Council for Peace and Order (NCPO) only encourages the problem with the city planning ministerial regulation that can't apply to waste plants.

It means a waste management plant can crop up anywhere, even in green zones which are reserved for agricultural activity.

She said the Department of Customs has also failed to do its job in examining the shipments, creating a loophole for illegal waste shipments pouring into the country.

She said the World Trade Organisation has suggested that examination of shipments of waste samples should be reduced to facilitate trading globally.

If this is done, it will be beneficial for all illegal shipments, including foreign waste where Thailand is now "a great paradise for hazardous waste dumping sites".

Meanwhile, Mongkol Pruekwatana, chief of the Department of Industrial Works, said a special order issued by the NCPO to deal with the problem was intended to deal with an increasing amount of electronic waste in the country.

It has no purpose for dealing with electronic trash from overseas.

However, the country has accepted the waste, which is useful for recycling only, according to the law.

"Many plants come to Thailand because we have good technology on recycling," said Mr Mongkul.

"Even within the department, we have our own site for qualified burning."

Regarding the electronic waste problem, he said the department is going to push around 14,000 tonnes of electronic waste out of Thailand, adding it is not just a waste receiver as last year it exported 430,000 tonnes of industrial waste to foreign countries, including China, Japan and Korea, which have good technology to deal with it.

There are 2,210 waste management plants in the country of which 148 are electronic waste recycling plants.