Another pearl of the Andaman
Thailand
Special Report

Another pearl of the Andaman

Ranong province is the unsung hero among Thailand's southern destinations, and is poised to boom as a tourist attraction with one of the world's best mangroves and hot spring sources as well as several unspoiled islands

Koh Kam, Koh Kam Tok, Koh Khangkhao and Koh Yipun are part of the Laem Son National Park, which covers an area of 315km², in Ranong's Muang and Kaper districts and Suk Samran sub-district and Phangna's Khura Buri district. Koh Kam Tok is south of Koh Khangkhao or about 20min away by boat. Its bay is called Ao Khao Kwai because of its curvy shape similar to a buffalo's horn. The view point on the peak of a hill overlooking the bay should not be missed. The 200m-long path to the area is steep and difficult to walk; climbing by holding a rope is partially required. However, the breathtaking panoramic view of the bay and the sea from there is worth climbing, trekking and sweating. The islet had housed the office of forest rangers unit before the tsunami attack in 2004.

Once voted Thailand's third-nicest city to live in, Ranong is abundant with beautiful natural and cultural attractions ranging from beaches, islands, mountains, caves and waterfalls to temples.

Thailand's first southern province on the coastline of the Andaman Sea is situated 568km from Bangkok and covering an area of 3,226km². It is the home of the famous Kra Isthmus, the country's narrowest strip of land which is 44km wide in between the South's west and east coasts. Its slogan is "Kra Isthmus, Grass Hill, Sweet Cashew Nuts, Hot Springs And Authentic Pearls".

A must-do in Ranong is to soak yourself in the warm water of several hot springs. Anyone can enjoy the relaxing moments and therapeutic results free of charge at Raksa Warin Hot Spring in the heart of Muang district and Pornrang Hot Spring as part of Ngao Waterfall National Park. According to Ranong Governor Jatuporn Piyumpruta, water from Ranong's hot springs is of premium quality and health tourism is being promoted in this province. 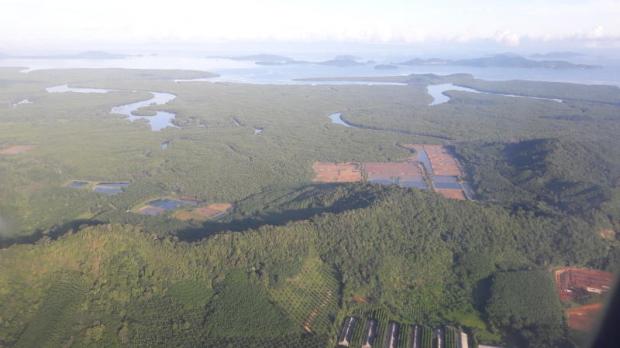 Covering an area of 189,431 rai from south of Muang district to north of Kaper district, Ranong Biosphere Reserve, or the Ngao Mangrove Forest Research Centre, mostly consists of mangrove forests and the sea. It is divided into three zones according to geography, condition of the forests and land usage. The core area, covering 40,762 rai of unspoiled mangroves, is surrounded by waterways and the sea and suitable as a habitat for baby marine animals. The buffer zone covering an area of 108,038 rai is mainly composed of mangroves, shrimp farms and farmland. The transition zone, covering an area of 40,631 rai, comprises roads, farmland, old mines and houses. Hailed by the Unesco as one of the most fertile mangroves in the Asia-Pacific Region, the site is the home to more than 20 rare kinds of plants, including a 200-year-old kongkang bai lek (true mangrove) and a 300-year-old taboon dam (black tuft) tree. Wildlife like pu kam dab (fiddler crabs), mae hob (mud lobsters), ling samae (the crab-eating macaque) and nak (otters) as well as birds like the red kingfisher, the brown winged kingfisher and pittas can be seen in the area. Visitors can stroll the 2km nature trail there with the help of officers as knowledgeable guides.

Other must-sees include the reproduction of Rattanarangsan Palace where the visiting King Rama V stayed during his royal visit in 1890; Ngao Mangrove Forest, which was declared a Unesco Biosphere Reserve in 1997; Ngao Waterfall where a rare species of fresh water Panda Crabs (Phricotelphusa Sirindhorn Naiyanetr) were discovered decades ago; and Phukhao Ya, a grassy hill, which is considered an Unseen Thailand attraction. From the Ranong Biosphere Reserve Viewpoint, visitors can see Koh Rai, Koh Takrut, Koh Lao, Koh Son, Koh Kam, Koh Song and Koh Kam Nui, Koh Khangkhao and Koh Yipun.

Koh Phayam is Ranong's second largest island covering an area of around 35km². It is situated about 33km from the mouth of Ranong River and inhabited by about 160 families. Visitors can enjoy swimming, snorkelling and diving, sightsee the island by riding bicycles or taking a tractor tour or sit back and relax on numerous sandy beaches.

Among the rising stars of Ranong are several pristine islands like Koh Kam, Koh Kam Tok, Koh Khangkhao and Koh Yipun. The best time to go there for swimming and snorkelling is between November and April when the sea is crystal clear and calm.

Jatuporn said the province will soon nominate the Ranong Biosphere Reserve as a Unesco World Heritage site while supporting mangrove reforestation and coral reef conservation through collaboration with the private sector.

The mangrove reforestation project was recently started with the planting of 8,500 mangrove saplings on 12 rai out of a 34-rai spoiled mangrove, which had been encroached and used as shrimp farms in Moo 5, Tambon Pak Nam. Meanwhile, the coral conservation project this year began with the installation of buoys for protecting corals against boats off Phayam Island by 250 divers and volunteers from the public and private sectors of Ranong and other parts of Thailand.

To get around in Ranong, it is convenient and inexpensive for locals and tourists to travel by wooden songthaew (modified pickup trucks) on at least three routes, including the City-Hot Spring-Ruangrat Road route (Blue Bus), the Tha Muang Market-Municipality Market-Tambon Bang Bon route, and the old tin smelting house-Myanmar Market-Municipality Market-Fishing Wharf to Kawthaung or Victoria Point route. Fares range from 15-20 baht per person per trip.

With readiness in terms of tourist attractions, accommodation, transportation, tasty food, attractive souvenirs and people's hospitality, Ranong seems to have a bright future as one of the 55 "secondary towns" under the Tourism Authority of Thailand (TAT)'s Amazing Thailand Go Local Campaign. This campaign promotes community tourism in less popular provinces. The aim is to attract at least 10 million tourists to these towns and adjust the ratio of tourists in major cities and secondary towns from 70:30 to 65:35 this year. 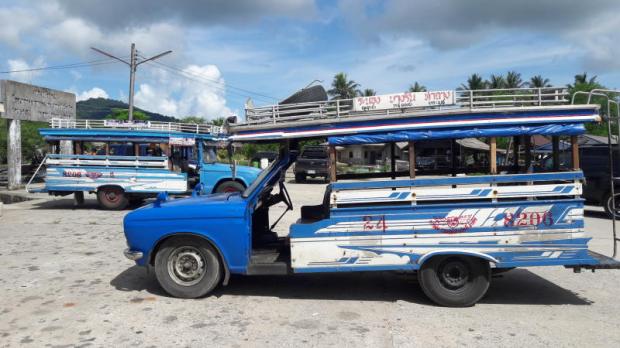 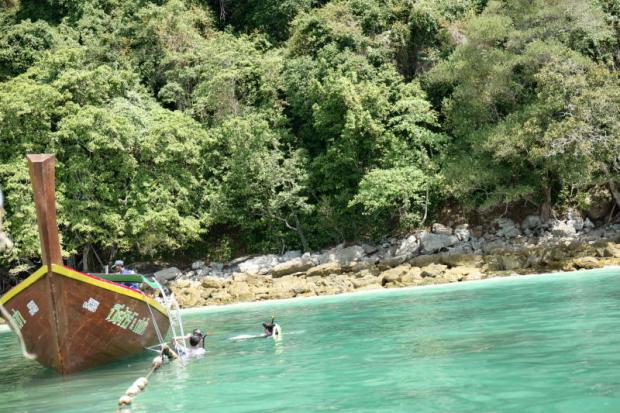 Koh Khangkhao is situated about 9km or 40min away by boat from the Laem Son National Park Office on Bang Ben Beach. Regarded as the finest islet of Kam Island, it has a long stretch of a white sandy beach overlooking the crystal clear seawater. Snorkelling and scuba diving to see beautiful corals can be done around the islet. The east part is a beach where the sand is white and soft as powder and a lot of trees provides shade for people to sit back and relax. The north part is Hin Ngam Beach which is full of round rocks and there are so many fishes in the sea.Koh Yipun is the formerly Koh Mun Marong because it is abundant with a kind of yam called mun marong. In the past, the Moken people, or sea gypsies, liked to come to the islet to dig and find this kind of yam as food. Later, the islet was called Koh Yipun after a group of Japanese people who set up a pearl farm there. These Japanese people were believed to be Japanese soldiers who came to Thailand as spies before and during World War II. They were later arrested. 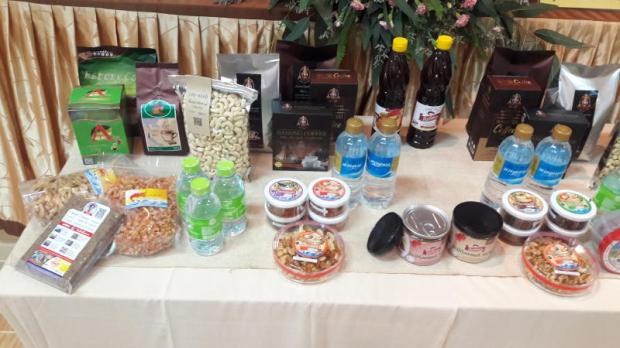 Ranong is famous for several southern and Malay dishes, such as crab curry and roti, as well as dim sum for breakfast. Tourists should not miss the opportunity to buy shrimp paste, dried seafood, cashew nuts, coffee beans and spring water products from Ranong. 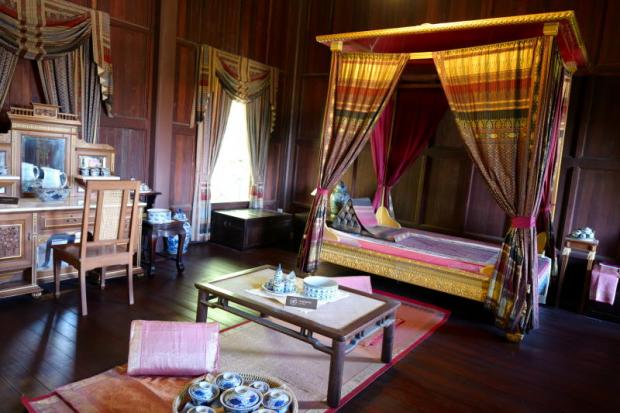 Located at the foot of Rattanarangsan Hill in Tambon Khao Niwet, Muang Ranong, the life-size replica of Rattanarangsan Palace is in memory of the royal visits of King Rama V, King Rama VI and King Rama VII to Ranong. It was built of teak and iron wood. Must-sees are the throne hall, King Rama V's bedroom, Queen Saovabha's bedroom and the balcony connecting the royal mansion with the octagonal building, which houses the permanent exhibition on the history of Ranong. Pichaya Svasti

The sight of locals and tourists relaxing in the warm water brought from Raksa Warin Hot Spring in Raksa Warin Public Park at the city centre is common. The hot spring consists of three natural ponds — father's, mother's and child's — in which the water temperature is approximately 65 degrees. Water brought from the hot spring and mixed with cool water in provided ponds is drinkable, bathable and good for health, especially blood circulation, skin, muscles, joints and bones. Water from Raksa Warin Hot Spring is regularly blessed as holy water, and used in important ceremonies, including the 60th anniversary of King Bhumibol Adulyadej's accession to the throne. Back in 1890, King Rama V visited Ranong and named the road leading to this hot spring Chol Ra-ou Road (Hot-Water Road). Meanwhile, Pornrang Hot Spring has five ponds for people to soak in the warm water brought from 13 hot springs, with the average temperature of 35-40 degrees. Visitors can try soft-boiling eggs in a pond there. 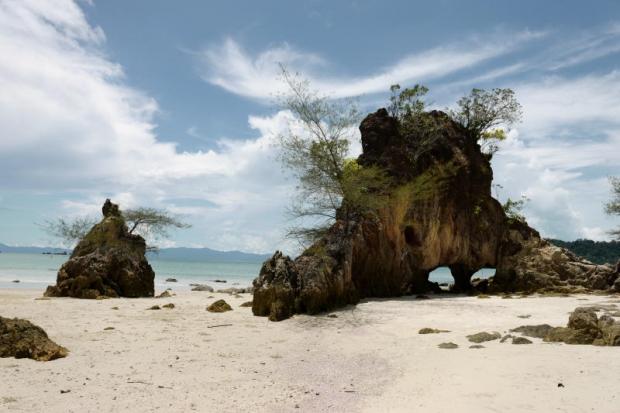 The charm of Phayam Island is its natural beauty and tranquil atmosphere. The middle part of the island is mountainous and forested with animals like wild boars, monkeys, the Oriental Pied Hornbill and the Brahminy Kite. The shore of the island consists of numerous sandy or rocky beaches. Beautiful beaches abound such as those near Yai and Khao Khwai bays as well as Hin Khao, Mai Phai and Pip bays and Hin Cape. The biggest and liveliest community is located near Mae Mai Bay and serves as a hub of transportation to the island's other bays and beaches. The island is famous for its cashew nuts, which taste rich due to the area's fertile soil. To get there, take ferries or speed boats from Tambon Pak Nam Municipality pier. Ferries run between the mainland and island twice a day on each way. Each one-way trip takes about two hours and costs 250 baht. Speed boats operate three times a day each way. Each one-way trip takes 35-40 minutes and costs 350 baht per head. To get around the island, hire motorcycle taxis or rent motorcycles. 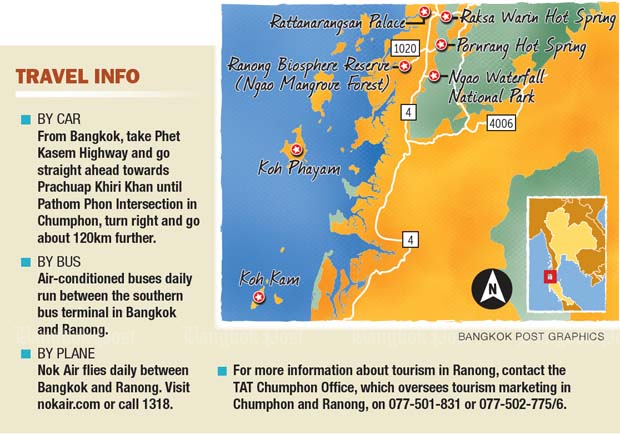