Going with the flow
Business

Going with the flow

An artist impression is created of a new immigration building to facilitate Ban Huak border trade.

Border trade is a key engine driving the economy. Now Thai officials hope that by upgrading border checkpoints to border passes they can invigorate the country by boosting exchanges.

Cross-border trade has played a pivotal role in Thailand's prosperity for many years. It has recently drawn the attention of the state as many people who live within striking distance of Cambodia, Laos, Myanmar and Malaysia have seen their livelihoods greatly enhanced by trading goods with neighbouring countries, experts say.

As a result, several temporary crossing points have been upgraded to the status of "permanent border passes", including the Sa Kaeo-Ban Phanom Dai checkpoint in Sa Kaeo, opposite Cambodia, and the Ban Huak temporary crossing in Phayao, which connects to Laos. The latter will be inaugurated soon.

Many other temporary checkpoints are queuing up to be similarly promoted.

At Ban Huak, residents of Phu Sang district are looking forward to soon enjoying easier access to Xayaburi, a northwestern province in Laos known for its hydroelectric dam on the Lower Mekong River. The dam is due to begin commercial operations next year.

For residents, having a permanent border pass is seen as a prelude to flourishing trade, and a game changer offering more opportunities including in the tourism field.

More vibrant commerce is also expected to further strengthen relations between Thailand and neighbouring countries along the Mekong River.

The Ban Huak border facility started out in 1994 as a humble temporary crossing inaugurated at the Chong Kiew Lom in tambon Phu Sang.

Ex-PM Yingluck Shinawatra later agreed in principle to promote the crossing to an official immigration border checkpoint in 2012. This January, the National Security Council (NSC) agreed to make it a permanent checkpoint.

He said it will connect with a potentially lucrative rail route scheduled to be built between Den Chai district in Phrae and Chiang Khong district in Chiang Rai.

The logistical connection is set to increase trade volume and help to commercially develop the eastern Lanna provinces, including Phayao. Cargo transport to Laos will also run more smoothly by shifting from trains to truck.

The governor said a substantial volume of freight will be diverted to Ban Huak in the coming years, especially oil and construction materials. It is currently delivered into and out of Laos through other border passes

A public forum was convened recently in Phayao, where government agencies and businesses discussed how to tap more trade.

Pattana Sitthisombat, president of the Committee for Economic Quadrangle and 10 Chambers of Commerce in Northern Thailand (CEQC), said more state funds would be injected into projects to lift border trade and promote the sales and marketing of community products, mainly farm commodities.

Measures will be imposed on exports and imports at the Ban Huak border pass to ensure fair trade practices and do away with unreasonable tax collection, which would hurt investor confidence, experts say.

Mr Pattana said the border pass pulling in more trade would intensify progress in the tourism and agricultural industries for Phayao, long considered an economic backwater of the North.

Mr Pattana said Thailand and Laos have also agreed to standardise border trade But such improvements should not stop at the checkpoint upgrade, he added. Small- and medium-sized business operators should be shown new opportunities to expand their markets, and how products can be channelled through the border passes.

The summit was attended by representatives from Acmecs members: Cambodia, Laos, Myanmar and Vietnam.

"In the long term, more digital technology could be introduced to streamline border trade. However, I'm still worried small-scale business owners don't have enough means to acquire the technology.

"I think they should be made able to compete in the free border market. This is a key to stronger growth of border trade," he said.

Wanida Thippasak, chief of the Phayao Office of Commercial Affairs, said the office has sponsored economic workshops and field trips for local business owners to prepare them for the opening of the new border pass.

They have been given information about what to expect from broader trade exchanges and what they can offer.

"Once the permanent border pass is launched, the value of investment and tourism will climb many times over and could reach a billion baht a year," she said.

The route links Kunming, the capital of Yunnan province in southwest China, to Laos which shares borders with several northeastern provinces of Thailand, including Phayao.

"We have to recognise that China has expanded its economic power across Southeast Asia, particularly through the Silk Road initiative.

"Thailand and Laos will welcome an influx of millions of Chinese tourists and the trend is growing. Therefore, border trade must not just be limited to countries with which we share borders but also to other nations further afield," she said.

"Authorities responsible for provincial commercial affair must realise this fact and provide information to business operators so they can prepare themselves and not miss out," Ms Wanida added.

Sulithip Nohkhunphol, public relations chief of the Luang Prabang Provincial Department of Information, Culture and Tourism, said the permanent border pass would save travel costs for business operators and help establish new tourism routes both on land and by water.

Kowit Chaimuang, president of a traders' club in Phayao's Chiang Kham district, said local businesses should be credited with pushing for the opening of the new border pass.

In his view, the pass represents a new trading "hot spot" on the Mekong River that will ultimately foster and spread economic wealth across the Asean Economic Community. The wealth is then expected to trickle down to local communities, he said.

Security concerns have been taken into consideration as the Ban Huak opening poses new threats. Tighter legal measures are being designed to keep at bay and suppress transnational crimes such as illegal entry as well as drug- and contraband-smuggling, he said.

Chalat Na Chiang Mai, assistant village headman in tambon Phu Sang, said information about the checkpoint upgrade has been communicated to people in the area.

"Ban Huak community is also the main transit point to Chiang Mai and other towns and cities lying along the Mekong River including Luang Prabang," Ms Chalat said. 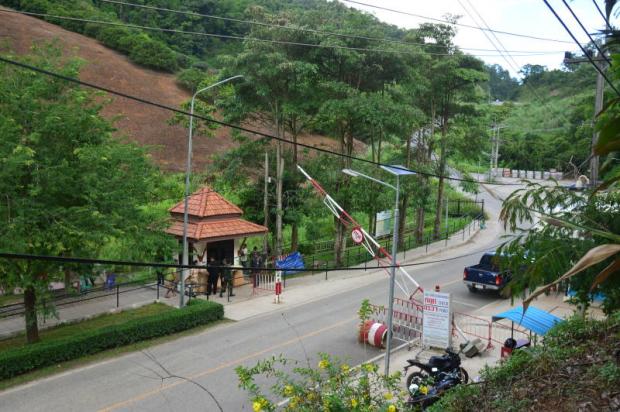 A view of a road is taken from a hill leading to the Ban Huak border pass office. Photos by Saiarun Pinaduang 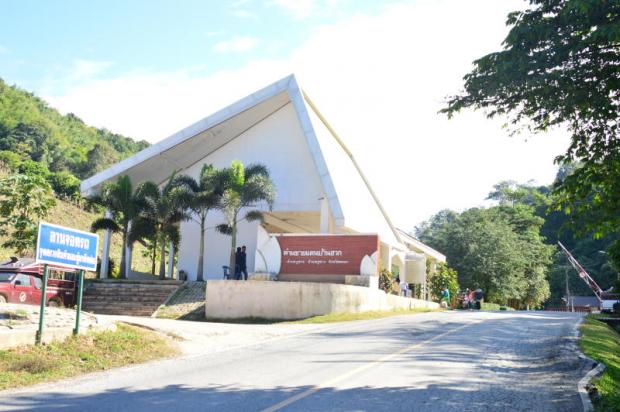 The current office of the Ban Huak checkpoint, which has been upgraded to a permanent border pass, is ready for its inauguration. The new status is expected to promote trans-border trade and invite more tourists as the border pass in Phayao connects with Laos. 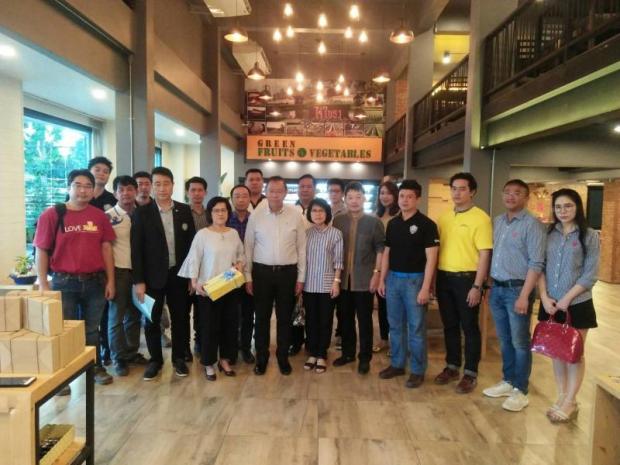 Phayao governor Narongsak Osotthanakorn, seventh from right, meets with local businesses and officials to prepare for major economic changes to the province from the Ban Huak border pass.

NARATHIWAT: One insurgent was killed and two others arrested during a clash with a ranger patrol in Bacho district on Tuesday morning, police said.

Equity markets tumbled in Asian trade Tuesday following steep losses on Wall Street as investors grow increasingly worried about a surge in inflation that could force central banks to wind back their ultra-loose monetary policies earlier than forecast.

MANILA: The Philippines has detected its first two cases of a coronavirus variant first identified in India, its health ministry said on Tuesday.