Moving on up
Thailand
Special Report

Violette goes her own way

We all have moments when we doubt ourselves. Thai-Belgian performer Violette “V” Wautier is no different. 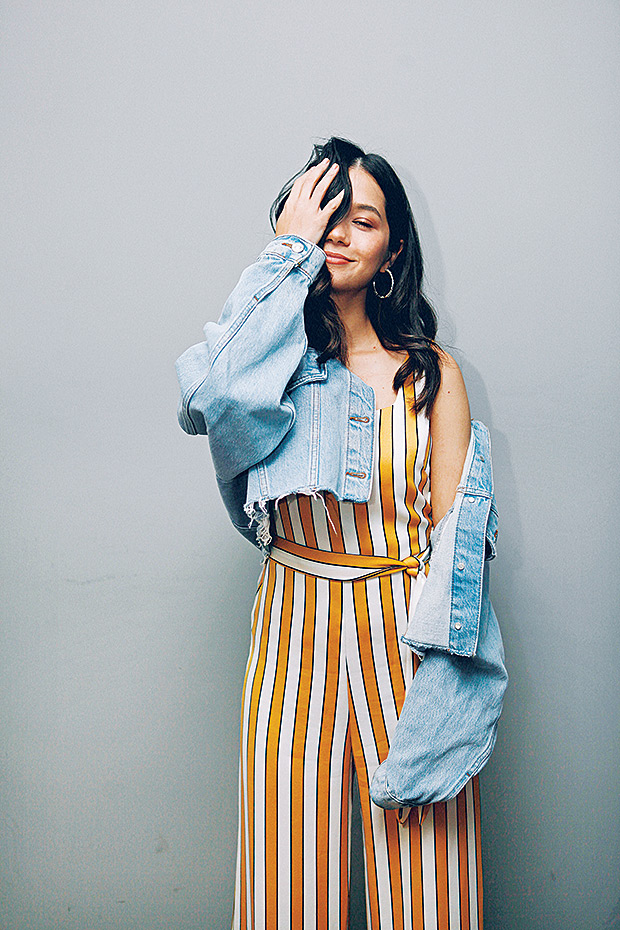 Her breakout moment came on The Voice Thailand, where her rendition of John Denver’s Leaving On A Jet Plane earned four chairs from the judges and, later, 39 million YouTube views. That was just five years ago. But before that, the petite singer had never been sure if a music career was right for her.

“I am still learning about myself every day,” Violette told us. “At that time, I doubted myself. I asked myself questions like, ‘What am I doing? Is it a good choice? Is this even for me at all?’”

Her success on the show — she made it to the semi-finals — boosted her confidence. “I was chosen as one of 100 contestants from 80,000 people who auditioned. That’s not bad at all. It gave me the confidence and courage to do more,” said the 25-year-old. 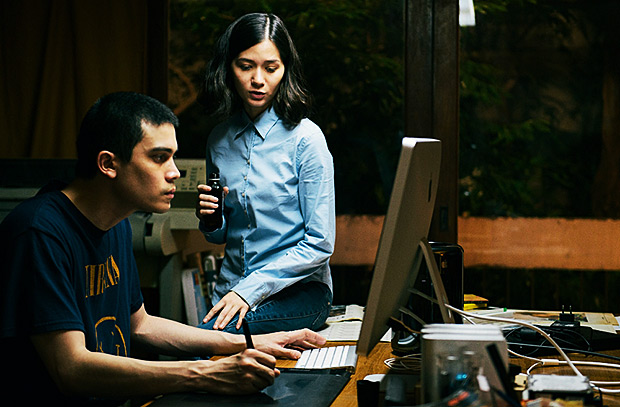 Now, with a new album, numerous acting roles and several product endorsement contracts to her name, Violette has grown into a high-profile star. Her English-
language album Drive is making the rounds on radio and social media, while the single Smoke has begun to make waves. Her supporting role in the hit film Freelance showed that her on-screen persona is as magnetic as her onstage one. Meanwhile, her Bangkok Bank commercials mean that Violette’s face is now instantly recognisable.

All of this didn’t come easily. In spite of her nagging self-doubt, the singer sees herself as a determined person. This is largely due to a major decision she was forced to make at the age of 14.

“I was diagnosed with scoliosis. My parents didn’t want me to undergo surgery because it was a big operation, which could have been dangerous,” she said. 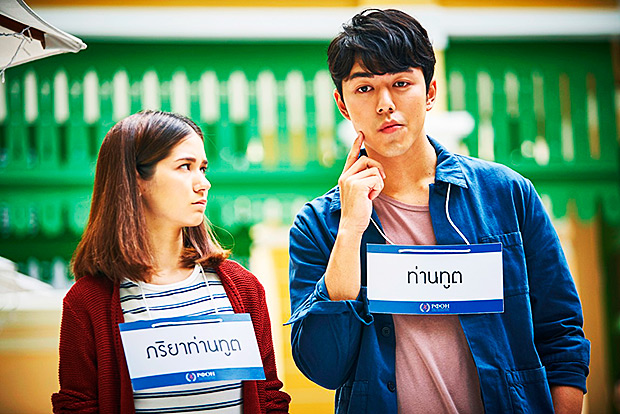 She went through with it anyway. That decision turned out to be the right call. Scoliosis is a condition that affects a person’s spine growth. If she had not had the operation, Violette’s life could have been very different.

“We didn’t know for sure what would happen if I didn’t get the operation,” she said. “It’s possible that nothing would have happened. But it’s also possible that my body could have ended up the wrong shape because I was only 14 and still growing. The scoliosis could have caused my body to curve, damaging my nervous system. My lower body could have been paralysed.” 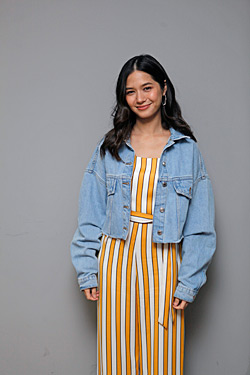 Having grown up in multicultural family, Violette speaks three languages — Thai, French and English — and she was born in Japan, living there for two years. Over the years, this multicultural environment has influenced the singer’s taste in and talent for music.

“My grandparents and many relatives on my father’s side are musicians who play different kinds of music. Ever since I was born, I’ve been around music,” Violette recalled. “I listen to a lot of
western music. Growing up with exposure to different cultures gave me a broader perspective because I saw the differences in how Thais and Europeans think. I decided to use these different perspectives to create music.”

This year, she made another crucial decision when she chose not to renew her contract with Universal Music Thailand in order to go independent.

“It’s a new chapter in my life. My contract ended and I felt it was time to try new things. I want to see how far I can go by myself,” she explained. “As an independent artist, I have grown a lot in a year. I’ve learned so much about the music industry, from recording to distribution. There are so many details. I couldn’t explain it all in a day.”

To start her new chapter, Violette started writing her own songs, inspired by her own experiences.

“Most inspiration for the songs came from my own life — things that affected my mood and that I wanted to get off my chest by writing them down,” she said.

Why did she choose to write Drive in English?

“The songs sounded weird when I wrote the lyrics in Thai,” she explained. “So I started writing in English and I thought they were perfect that way. Being in English, people from different countries can understand the songs. I can reach people outside of Thailand.”

Violette is satisfied with the feedback her new music has received so far. Not content with writing and recording a whole album, the singer also managed to find time to star in the TV drama Club Friday The Series 10: Rak Rao Mai Tao Gun (Our Love Is Not Equal). One of the main reasons she agreed to act in the show was to reunite with co-star Jirayu “Kao” La-ongmane.

“My grandma really likes Kao. She wants to see us in a show together. I also felt working with Kao again would be fun. And there are only four episodes, so I didn’t have to take too much time away from the music,” she said.

Acting has not always been so enjoyable for Violette. After her debut performance in the horror film The Swimmers (2014) prompted harsh criticism, she had to work hard to prove that she had what it takes to be an actor. When she was awarded Best Supporting Actress for her role in the 2015 film Heart Attack at several awards ceremonies, she felt vindicated.

In Our Love Is Not Equal, which aired in October, Violette took on the new challenge of playing the protagonist. Her character, Ja, gets mixed up in a complicated relationship with two couples. “Viewers will be surprised. No one has ever seen me in a role like this,” she told us. “I’m not like Ja. I wouldn’t do anything like what she does. I think it was interesting to try and understand this kind of person.”

Club Friday The Series is inspired by true stories from listeners who call in to the radio programme of the same name. Violette says she understands why some people call DJs for advice, but she prefers to ask her family and friends.

“People who call DJs don’t know who to talk to anymore. And they think the DJs won’t judge them. But I have wonderful support from my family and friends. They give me good advice. They love me and want what’s best for me, so I take their advice seriously.”

Being surrounded by supportive family and friends helps Violette to stay optimistic. Her positivity is very apparent in person.

“Be smart when you’re working or making a big decision,” she said of her outlook on life. “But be silly when it isn’t a big deal. Be prepared to laugh about it. Take having a broken heart — I look back on it as an experience. And I got a song out of it.”