Efforts to legalise cannabis for medical use here have gained serious momentum, but what are the total consequences?

The attempt to legalise cannabis for medicinal purposes has gained momentum, especially now that the National Legislative Assembly has promised to go in full-speed toward passing amendments to the 1979 Narcotics Act, decriminalising weed for health reasons. Despite controversy, such a movement would be another significant treatment alternative to cope with a growing number of illnesses.

"The law plays a crucial role. It can kill people if we can't allow the use of cannabis for medical treatment to save lives," said Dr Sophon Mekthon, chairman of the board committee of the Government Pharmaceutical Organisation (GPO) in a recent seminar on "Medical Cannabis: From Narcotic Drug To Medicine", organised by the GPO and the law faculty of Chulalongkorn University. 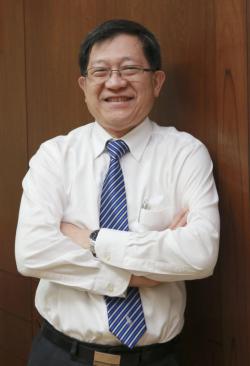 Dr Sophon admitted that he, like others, used to think marijuana was a narcotic. But he later changed his mind.

His perception was changed after he joined a GPO trip in March to two cannabis companies in Canada. The country has legalised medical cannabis since 2001 and just last month passed a law allowing cannabis to be used for recreation.

"Cannabis has more benefits than risks. I support the idea to use the weed for medicinal purpose in Thailand, but not for recreation," he said.

Using marijuana for symptom treatment is old wisdom. Thai traditional medicine used the weed to treat patients for more than 300 years, or since the period of King Narai the Great (1656-1688) of the Ayutthaya Kingdom. There are 91 formulas that use cannabis as part of traditional medicine, including for improving food intake, promoting good sleep, relieving pain and anxiety, and treating epilepsy.

Cannabis has more than 400 chemical compounds. Modern medicine, however, tends to use only two active components for the medicinal approach. They are tetrahydrocannabinol (THC) and cannabidiol (CBD).

THC can make people high, but can also ease pain and nausea. It can reduce inflammation and act as an antioxidant. CBD, on the other hand, can counteract the high caused by THC, and can also reduce anxiety, spasticity, pain and sleeplessness.

The use of marijuana, however, became illegal after the enforcement of the Narcotic Drugs Act in 1979. The law categorises marijuana as a Class 5 narcotic like kratom (Mitragyna speciose). The law prohibits the production, consumption, sale, import, export or possession of the drug.

After almost four decades of prohibition, a ray of hope was seen in May when the government approved the use of cannabis for R&D and for curing sickness. The Ministry of Public Health also announced recently that it is preparing to reclassify marijuana to Class 2 so that it is allowed for medical purposes.

But making the weed legal, even if limited only to medicinal purposes, divides people.

Those who oppose are afraid legalisation will give more people, particularly youngsters, easier access to marijuana. In addition, the business model for producing medical marijuana is still under debate. Some express concern that the government will not only regulate, but control every step -- farming, production, distribution -- as in the model established by the Tobacco Authority of Thailand.

Others do not want the government to give license to corporations to invest in the total process of the medical-cannabis business. They fear the business will be dominated by foreign investors, or fall into the hands of powerful billionaires the way the brewing industry has.

Meanwhile, the movement to legalise cannabis for medical purposes is expanding worldwide. Today marijuana is legal for medical purposes in Europe, South America, Australia and Canada, as well as 30 states in the US, while a handful of countries have legalised its use for recreation, such as Uruguay and also Canada.

"If Thailand can legalise the weed for treating patients, we will be the leader in Asia. This movement will also serves the government's policy of becoming a medical hub," he said.

Although Thailand doesn't yet have the law, at least two universities -- Naresuan and Rangsit -- have their own R&D teams to produce marijuana extract oil for developing prototypes of cannabis-based medicines. However ,conducting clinical studies with real patients has not yet been done because it is prohibited by law.

Prompted by the global movement and the benefits of the herbal medicine, the Public Health Minister set up a committee chaired by Dr Sophon to review cannabis for medical purposes in May.

"The minister wanted to find a solution to use cannabis for treatment or for innovation. We will soon come up with an action plan," said Dr Sophon.

To develop the plan, the committee formed four working groups. The first group is to find benefits of medical marijuana such as for alleviating sickness like chronic pain, multiple sclerosis, epilepsy and cancer. The second working group will address the issue of cultivation and cannabis varieties. The third group will work on extracting chemical compounds of cannabis and the benefits. The last group will find a system to control the usage.

"There is no doubt about the benefits of using cannabis for medicinal treatment, but the process to take the weed off the list of the narcotic plants take time," he said.

There are five proposed solutions. First is to wait for the National Legislative Assembly to pass a draft amendment to the Narcotics Act BE 2522. The process is expected to be completed within May next year. However, Dr Sophon believes that the process may take longer and may not be done within this government. The second option is to wait for a new bill from the NLA. There is no expected deadline for the new draft yet.

The third option is to ask Prime Minister Prayut Chan-o-cha to exercise his special power under Section 44 of the interim charter to amend the law and allow the use of cannabis for medicinal purposes.

The fourth option is for the Public Health Ministry's Piyasakol Sakolsatayadorn to submit a request for a cabinet approval of categorising cannabis extract including CBD and THC oil to be listed in category II of the Narcotics Act. Category II consists of ordinary narcotics such as morphine, cocaine and medicinal opium.

"This is the fastest solution because the law prohibits the consumption of cannabis, not the cannabis extract. If the essence is listed in category II, it means the oil can be used for medical purposes," he said.

If the fourth option is implemented, patients will be able to use cannabis extract by January at the latest. However, there are some concerns that the change will not totally benefit Thai traditional medicine because some remedies use other parts of the plant such as leaves or flowers for treatment. The last option is to have a new law for medical cannabis, but that will take a long process, said Dr Sophon.

"The question today is not about if Thailand will legalise marijuana for medical purposes or not, but it is about how to do it and when."

Every minute counts for patients, especially those who have last-stage cancer, said Dr Thiravat Hemachudha, a professor of neurology at Chulalongkorn University's Faculty of Medicine. Some of his patients need cannabis-based medicine to ease the pain.

"The government must know that the slower the process of legalisation, the less chance for patients to be treated. Medical marijuana will benefit hundreds of thousands of cancer patients, and also 200,000 alzheimer patients, 100,000 epilepsy patients and 150,000 people who have Parkinson's disease, if it is legalised soon," he said.

Dr Thiravat, who has been a neurological doctor for 40 years, admits that he also uses marijuana for curing aching from his exercises and sometimes for recreation.

"I try it on myself so I can tell my patients how to use it. I recommend some of my patients who suffered from severe cancer pain which cannot be eased by using morphine to use marijuana. I send them to a network I know. After three days, their pain was gone and they could eat. Those who are nearly dead do not ask for anything much more than easing the pain," he said.

"Marijuana is not a narcotic drug," he said. He conducted field research and selected eight people who smoked marijuana every day for more than a decade to find out if the weed is addictive.

"Each of them smoked pot two times a day and has never had a need to increase dosage nor withdrawal symptoms when consumption ceases," he said. The impact on the brain varies depending on each individual, such as drowsiness, nervousness or hallucinations, but not paranoia like the use of amphetamine.

The study shows that marijuana does not fit the definition of a narcotic drug, he said.

According to research by the World Health Organisation, about 3 million people die every year from harmful use of alcohol. Tobacco kills more than 7 million people each year. Deaths directly caused by marijuana is zero, he said.

"But alcohol and cigarettes are legal while marijuana is not. The weed offers more medical benefits than harm to people's lives. It's time to decriminalise marijuana. The time is now," he said.

The Government Pharmaceutical Organisation (GPO) plans to produce 18,000 bottles of cannabis-extract oil by the end of May next year, according to GPO executive managing director Dr Withoon Danwiboon.

"We will try to [do it] when the amended narcotic law is enforced," he said.

The GPO received 100kg of the weed from the Office of the Narcotics Control Board (ONCB) in September. It plans to produce the cannabis-oil prototype — 15 litres of it — to be used as an ingredient for producing prototypes of cannabis-based medicine.

To standardise the production process, the GPO will set aside at least 100 million baht to build a pilot plant for producing cannabis-based medicine. The plant will be located in its factory facility in Rangsit district, Pathum Thani.

For quality-control of the raw material, the GPO plans to grow many varieties of cannabis in its herbal complex, which occupies 15,000 rai in Nong Yai district of Chon Buri. A high-security system will be implemented.

"As we have a duty for R&D, we will make our facility ready while waiting for a clear signal from the legal side," he said.