Thomas Hoepker's candid photography, on display in Bangkok, proves that so much of great photography relies on being there, and being receptive

'I shoot a lot of crap every day," said Thomas Hoepker after being asked what it feels like to be lauded as a master photographer. "You see something and a car comes, or the person I wanted to photograph turns around. I would say, if I walk on the street in the evening, I see 10 pictures, maybe one I keep from that scene."

Impossibly humble and down-to-earth, New York-based German photojournalist Hoepker doesn't give enough credit to himself when it's due.

Making a name for himself since the 1960s golden era of photojournalism, Hoepker for many years worked at weekly newsmagazines such as Stern and Geo -- going on assignments for weeks and months to report compelling human stories from around the world.

For the past six decades, he has captured powerful and authentic portraits of the human condition everywhere from war zones to urban life. From being one of the first photojournalists granted permission to enter the German Democratic Republic in 1959 to capturing the horrific scenes of 9/11, Hoepker is considered one of the great visual historians of our time.

Last month, Hoepker -- a Leica Ambassador and Magnum Photo member -- made his first-ever visit to Thailand for the opening of his "Wanderlust" exhibition at Leica Gallery Bangkok, which will run until Feb 3.

Hung on the walls is a retrospective of Hoepker's wide-ranging photography, spanning the 60-plus years of his storied career. There's his defining close-up shot of American boxer Muhammad Ali's right fist in 1966; the iconic portrait of Andy Warhol behind a green coloured sheet in 1981; and of course the surreal and controversial photograph of New Yorkers lounging on the Brooklyn Waterfront as the World Trade Center burns behind them on 9/11. 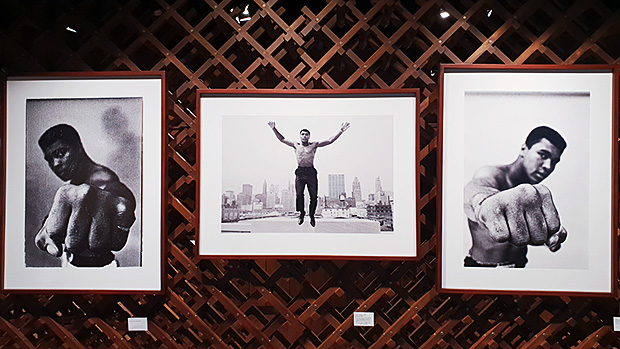 A triptych of Muhammad Ali by Hoepker, shot in Chicago, 1966. Photo: Apipar Norapoompipat

"I was in New York and the Magnum office called me," he recalled in his gentle voice, talking about the 9/11 snap. "'There's something horrible happening, go out and see what you can do'. I took my car around because I wanted to get closer to the big dark [cloud]. I couldn't get close. We have a saying, 'If you're a photographer, get as close as you can with what you want to take'. I couldn't, because the bridges were blocked. Then I went to a place and I saw the big plume of black, and I took a picture. It was a sunny day, and then I drove again and I saw four or five people sitting there. They were chatting. I took a picture, click-click, and went on and said this is not close enough."

Hoepker never showed his photograph to the Magnum office, thinking that it didn't show the true horrors of the day. But three or four years later, the snap was rediscovered by a curator who was organising a huge retrospective of Hoepker's work. He immediately declared it one of Hoepker's most important pictures. And of course, with his character-defining humility, Hoepker reacted: "I said, 'This one? I'm not sure!'."

Working on assignments for weekly newsmagazines, Hoepker would do thorough research of the country or area he would be visiting in order to find the best shots -- but even then, it depends on luck.

"You have to know where to go, but sometimes you get there and you don't see anything. Sometimes you have to get out of bed very early in the morning or even go at night. It's a mix of work and luck. Go here and Ah! This is the picture."

"Wake up in the morning, have good shoes, and go out into the world," he said with a chuckle. "Keep your eyes open, and if something catches your eye, you need time. Wait for something to happen... Again, I said shoes are so important. Because you go around the corner, you stand there, it's wonderful but nothing is happening, and maybe the next morning you go to the same place and suddenly there's something. This is what happens right here outside every morning. I see something that might give me a picture," he said as he motions towards Ratchaprasong Road through the gallery windows.

It was also through waiting and observing that Hoepker got his iconic series of photographs of Muhammad Ali.

"I had no idea about boxing and I went with my writer, who also had no idea. We just went there and watched the guy, and more and more I understood what he was doing. His life's work was very interesting because he came from a very poor family, and he had to find his part and what he would do with his life. But he was very smart.

"I think I visited him five times over several years... I think it was the third time I was there [when I took the shot]. He was in the gym and he saw me sitting there. He said hello, and did this to me," Hoepker said as he raised his fists in a boxing stance.

"He never said hello like this," Hoepker explained as he motions a handshake. "Click -- I got a picture. He was in the light, and the next time he got closer, and there was a shadow... It has scratches, it's totally underexposed. It's practically a picture you wouldn't even take. You'd throw it away, but I saw the two together -- a very brave and fantastic guy, and the guy with dark scratches, so I printed this also. These two pictures are a pair. You see the glory and the suffering, scratched, beaten black man. Very different." 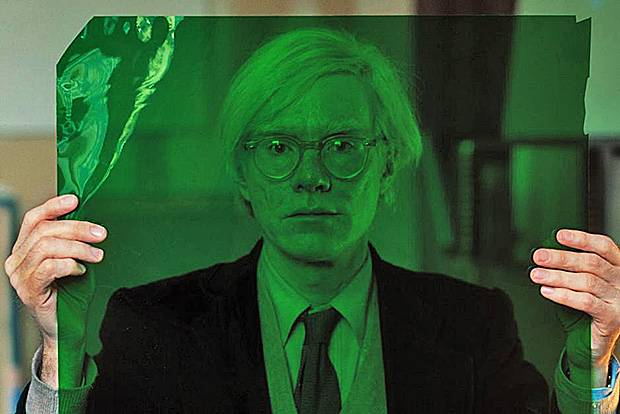 Finding the poetic compositions in each scenario, Hoepker was teased as the "artist" of his office -- something he didn't find very flattering.

"For me, I'm not a reporter, but I'm also not an artist. [I'm] something in between," he said. "I have these two things that are balanced. It should be to tell a story, but also it has to be a good composition and a picture you want to hang on your wall."

Now 82 years old, Hoepker has significantly slowed down and has ceased travelling the globe on work assignments. But his sense of wonder is still strongly intact, with his finger always ready on the shutter.

"Being here, going out, and seeing what I can find -- it's a wonderful possibility for me," he said with youthful excitement. "I haven't been here before. It's quite exciting for me. I hope with part of the day I can go out and walk the streets."