Cabin fever: The government closed schools across the capital city last week to protect kids from exposure to hazardous dust.

For visitors, stepping into "Lan Mai Thai", a small tree shop operated by Manee Siripalika in Min Buri district near Chatuchak 2 Market, is like walking into an oasis.

It's because its surroundings are so disturbingly polluted and unpleasant; a construction site for the Orange Line skytrain at Min Buri Station is just 200 metres away. 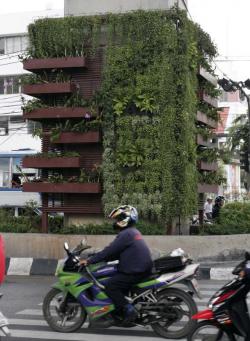 Growing up: Vertical gardens can be a good solution to Bangkok's lack of green space.

The sounds of tools hammering against the ground, combined with the constant clanking of metal can often be heard, sometimes into the late hours of the night.

Dry dust has been blown over by the wind, irritating many people in the area, except Ms Manee.

As people outside wear masks, 70-year-old Ms Manee is not reluctant to take a deep breath as the air in the shop seems fresh.

"If you grow lots of these plants, dust won't have a chance to come near you. Customers come in here and say it's very cool and quiet. Some say it's very peaceful and the air they breathe is really refreshing, just like in real nature," Ms Manee told the Bangkok Post.

"I've known about the ability of plants to trap dust for a long time, but I don't think many people acknowledge the benefit of these plants in terms of fighting the polluting dust."

She said the plants have a dust-scrubbing structure.

"It really all comes down to the surface of the leaves. Leaves with a rough surface and many hairs will be better at trapping dust, while leaves with smooth surfaces won't have as much ability to trap dust."

These plants, she said, are the best choices because they can easily be found in almost every shop at a low price.

"But to be honest, every species of plant can trap dust, it's not just a handful of species that can do it. It's just this one can do it much more than the other plants can."

Apart from their ability to trap dust, plants can also filter air. 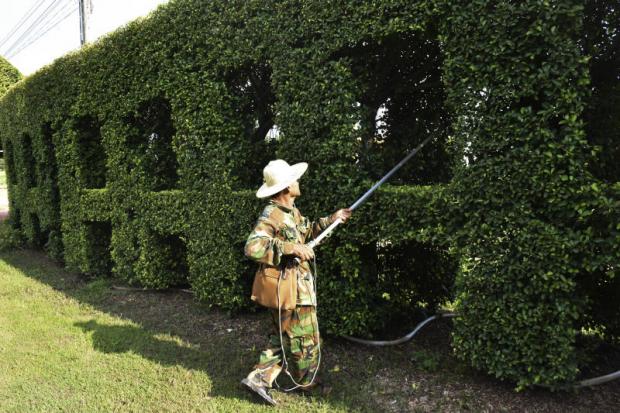 Trimming away: Hedges have been proposed as practical walls for dust prevention. A hedge grown from ton sai indo, or banyan trees, is seen in this photo.

However, she said most customers come to buy plants for decorative purposes, not for combating dust -- at least for now.

PM2.5 is fine dust particulate matter. This minuscule dust is invisible, with a diameter 1/20 the size of human hair. The tiny size enables the dust to lodge itself in the lungs and enter blood vessels, leading to respiratory and cardiovascular diseases.

As the Bangkok Metropolitan Administration (BMA) and government are desperately fighting a losing war against PM2.5, people are finding their own ways to protect themselves against the air pollution.

People are starting to wear face masks and exercising extra caution by using eye drops or even buying air purifiers.

According to Thammarat Phutthai, professor at Mahidol University's Faculty of Environment and Resource Studies, plants may be one of the best protections against dust particles, yet are still somehow overlooked by many Thais.

He said that plants, especially those with vines and hedges, can trap 60-80% of the dust in the air, apart from purifying the air and absorbing carbon dioxide.

Like Ms Manee, Mr Thammarat also said that the best plants for trapping dust are those with hairy surfaces. 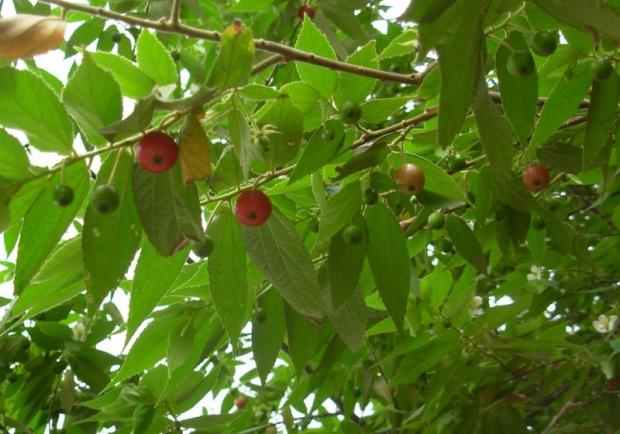 Soak up the dust: Experts recommend muntingia calabura, also known as takhop or Jamaican cherry as a good dust-absorbing plant.

The takhop tree (Jamaican cherry or muntingia calabura) is one of the best for dust absorption, he said.

"Trees with small and slim leaves with hairy surfaces can trap fine dust," he said.

"Plants with intertwining structures and branches can trap a lot of small dust particles."

For those who live in condominiums, the ideal plant to trap dust is the christina tree (syzygium hodgkinsoniae) also known as an Australian rose apple or creek lily pilly.

Now, using plants to fight the dust is becoming the new BMA tactic in the fight against dust pollution.

Oraya Sutabutr, a co-founder of BIG Trees, an urban civic group on tree conservation, said the BMA will this month start working with Urban Tree Network, a civic group advocating tree planting and conservation, and energy titan PTT Group, to plant hedges to protect Chatuchak Park visitors from the dust.

The hedges will be 1.5 metres in height. The choice of plant will be ton sai indo (banyan tree or ficus annulata).

The hedges will span a distance of two kilometres and will be planted adjacent to the park's fence.

The BMA is going to plant more hedges on other roads in the near future, she said.

"The problem is that Bangkok does not have enough space for planting more trees, so we need public policies to help people to plant more trees," she said. 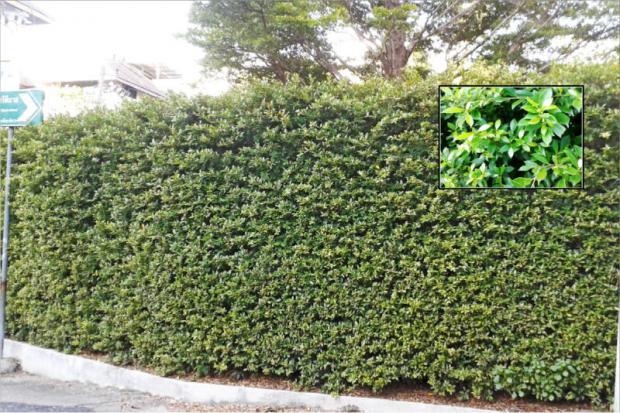 What the government can do right away is issue regulations that allow government land and public parks to be used to plant trees.

The government, she said, needs to issue tough laws requiring land developers and owners to allocate more land for trees.

Currently, the 2013 Building Construction Act requires land developers to allocate only 15% of their land as open space.

The law only requires developers to plant trees in 50% of the open space.

There is no law requiring individual home owners to allocate land for open or green space.

The lack of policies to encourage tree planting is reflected by the total green area per capita.

According to World Health Organisation (WHO), a livable city should have at least nine square metres of green area per single resident.

HOW TO STOP DUST AT HOME

Source: The Faculty of Architecture at King Mongkut's Institute of Technology Ladkrabang (KMITL) and the Council of Deans of Architecture Schools of Thailand (CDAST) and Mahidol Unviersity.