The recent Amazing Thailand Marathon Bangkok was reported to have a PM2.5 monitoring board installed every 2km and a medical team on standby. (Photos by Chanat Katanyu)

Exercise enthusiast Saowaphak Pinijpichitkul mistook the toxic haze that had shrouded Bangkok earlier for dense morning fog, and thus didn't realise the health risks when she decided to continue her outdoor run day after day. The subsequent symptoms told her she was all wrong.

"I joined a mini marathon and I fell sick with sore throat, nasal congestion and runny nose," she said of the sporting event she partook last month. "That's when I decided to stop all outdoor exercise."

For weeks, Bangkok and many other cities in Thailand were severely hit by the hazardous fine dust particles known as PM2.5, forcing a number of workout regulars -- including Saowaphak -- to refrain from outdoor training. For now, although the toxic smog has subsided in the capital at certain hours on certain days, some still stick to their indoor practices for fear that the pollution could return without prior notice.

Unfortunately, not everyone understood the potential health impact caused by the heavily polluted air. Public exercise venues like Lumpini Park still see people keeping their exercise discipline intact although the number has dropped. A number of running events also show no signs of postponement, not to mention cancellation. This includes the recent Amazing Thailand Marathon Bangkok which was held earlier this month. The event was reported to have seen over 30,000 Thai and international athletes, braving the dense, noxious fog to reach the finish line. 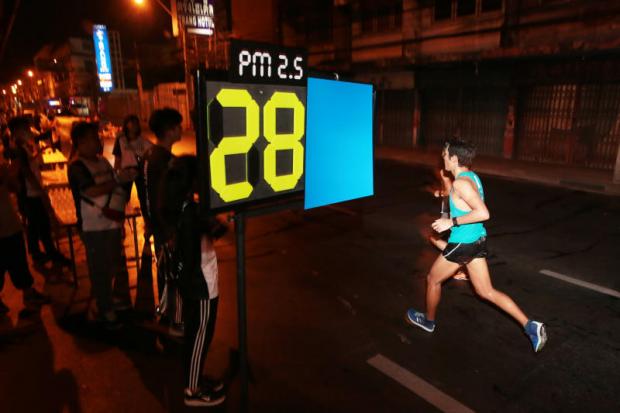 Pulmonologist Dr Suwannapa Pakotiprapa, however, warned against any outdoor workout during an air pollution crisis.

"In the past, most people were not aware of PM2.5 and therefore no one raised the issue. Now that we know of the fine dust particles and we see the potential dangers, we should understand that public running events should by no means be organised in the dust season especially in Bangkok and its neighbouring provinces," she said.

According to Dr Suwannapa, the concentration of PM2.5 is usually high during winter or from November until March. People opting for outdoor physical activities during those periods should carefully check air quality before stepping outside. Failure to do so could result in both short-term and long-term health impacts.

"During exercise, people tend to breathe faster and deeper as the body needs more air for blood circulation. By this, it means the body also breathes more toxic dust than in normal breaths."

Although subject to each individual's degree of sensitivity, the hazardous dust particles are likely to lead to short-term harm including skin and eye irritation as well as other respiratory symptoms from sore throat and coughing to more severe conditions like bronchitis (inflammation of the bronchial tubes), chest tightness and wheezing caused by the narrowing of the windpipes. 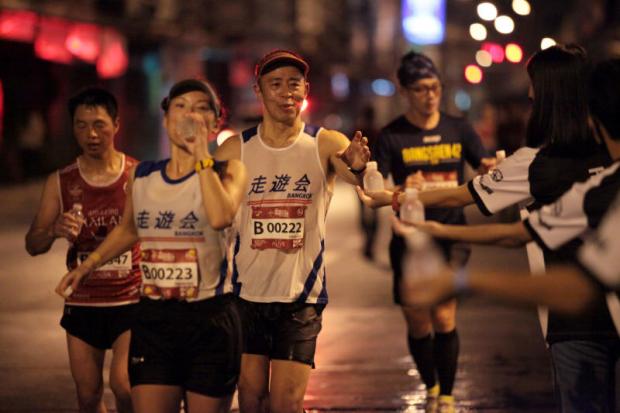 High-risk groups such as those with underlying diseases or chronic respiratory illnesses like asthma and allergies should be particularly vigilant about exercising outdoors amid the toxic haze.

"The dust has direct impact on blood vessels, which are highly likely to lead to high blood pressure, rapid heartbeat or even heart failure," the pulmonologist added.

Running specialist Dr Phattarapon Atimetin voiced his specific concern over the accumulation of PM2.5, which could have long-term health impacts among outdoor exercise aficionados.

"When people exercise, they breathe more than they normally do. Breathing during three hours of outdoor exercise is equal to two days of normal breathing. This explains why exercising outdoor amid air pollution means inhaling more toxic than usual and subsequently putting the body at a higher health risk." 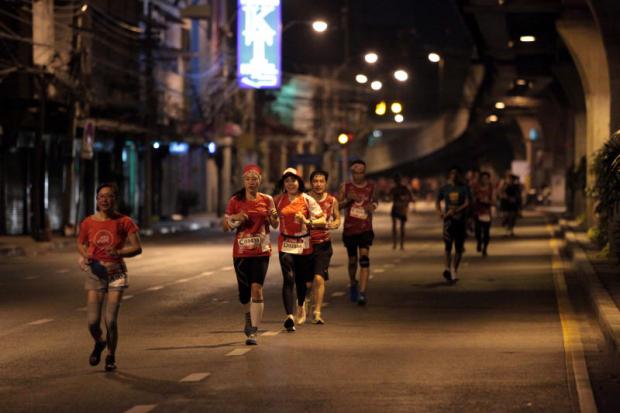 Public policies and measures to curb toxic dust are essential at this point. But according to the running specialist, people cannot just rely on state protocols without protecting themselves from the life-threatening particles.

Dr Phattarapon recommended that whenever the Air Quality Index (AQI) is above 100, people should consider refraining from outdoor exercise. Nevertheless, wearing protective masks, be they N95 respirator masks or ordinary medical masks, during exercise is not advisable either.

"Wearing masks while working out can be uncomfortable," said Dr Phattarapon. "The N95 respirator masks with valves might allow you to breathe slightly more easily but somehow it's still difficult to inhale.

"More importantly, when people exhale, the body releases carbon dioxide that could be stored within the mask. This can potentially lead to fainting, extreme fatigue and other more serious complications."

Dr Suwannapa echoed a similar opinion. If an air-quality monitoring application or website shows an orange or red alert, which means unhealthy air at that very moment, plans for exercising outside should be scrapped.

"The volume of air people inhale while exercising is three to four times what they do during normal daily activities. And while you really need to breathe more during a workout, the N95 masks won't help but instead increase efforts in breathing. Your muscles have to work harder to get the air in. And the ordinary surgical masks cannot stop PM2.5. So better avoid to outdoor exercise altogether during the toxic haze crisis."

Virtual running -- where exercise enthusiasts can run or walk on a treadmill and use phone technology to accumulate distances -- has quickly become a workout trend in a time when people are afraid of going outdoors. While the virtual race can be a smart option, Dr Phattarapon said runners should see if it truly serves their needs.

"Virtual runs suit people who can run on a treadmill," he said. "But for runners who are more for outdoor nature and landscape, a virtual run might not be their appropriate choice."

Amid this PM2.5 uncertainty with predictions that the pollution could return, as a running expert, Dr Phattarapon said that it is paramount for organisers of public running events to implement measures to ensure that participating athletes are safe from the smog.

"Two measures are required at this point -- on-hand medical teams stationed at all running events and a smog threshold to pinpoint if a race can continue or should be cancelled. At the same time, runners must understand that a running event may need to be called off due to toxic haze. It's a type of natural disaster. You cannot blame it on the organiser," Dr Phattarapon said.

"Exercise is supposed to make people healthy," Dr Suwannapa added. "Whenever it doesn't, then people should give it a second thought."