What is it like to be a transgender woman living in Asia?

"It is difficult," said Yaya, a Chinese transgender beauty queen. "In China, most people think transgender are crazy, that we need to go to a hospital. But the truth is we're natural. We're born this way."

Yaya is one of the contestants Life met backstage prior to the final round of the Miss International Queen 2019 competition, held last Friday in Pattaya. This Thailand-based international beauty pageant has been celebrating transgender women since 2004. This year, 20 transgender women from all over the world competed for the crown. The pageant's 14th edition saw Jazell Barbie Royale from the United States taking home the crown. The atmosphere inside Tiffany's Show Theatre, where the event took place, was truly joyous.

More than half of this year's contestants represented Asian countries, including Kanwara Kaewjin, the reigning Miss Tiffany's Universe, who represented Thailand. While living as a transgender in some Asian countries means better freedom of expression and a celebration of rights, in others it could still mean discrimination and bigotry.

"If you're transgender, you need to hide. You live in the night, not daytime. If people find out, they may hurt you and beat you. You can lose your job," continued Yaya inside a roomful of beauties where everyone was getting ready for the show. The ladies were all dressed up in sparkling, gorgeous gown. Everyone was looking forward to the show in excitement. But no one forgot the journey that had brought them here, as well as the reality in their respective countries.

Yaya, 29, is a singer and vocal teacher. She used to hide the fact that she's transgender for many years. But that's all in the past. She is now out and proud. Part of her being in the competition is to show the public -- especially those in her home country -- all the great things transgender people can be. 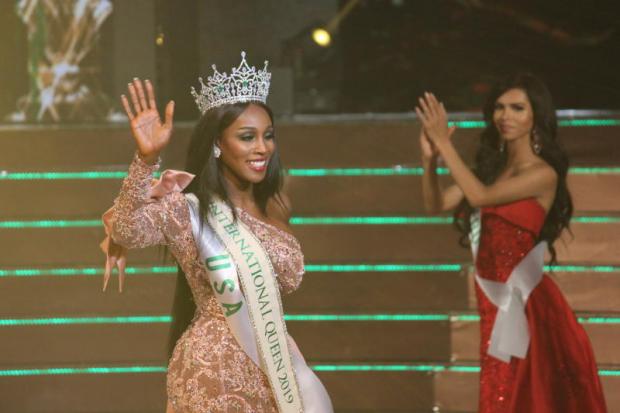 "I want young transgender people to know that it's OK. Don't be afraid. Just be yourself. Take care of yourself, and love yourself. Because if nobody loves you, you need to love yourself," she said. Yaya was placed as second runner-up, and also became the first Chinese contestant to reach the top three in the history of Miss International Queen.

Elsewhere in Asia, 24-year-old student Angel Lama from Nepal said that the intolerance in her country means transgender people may get kicked out of school. It's also difficult to find a job.

"Many transwomen in our country are forced to do prostitution just because they're kicked out of their family for being transgender. People aren't educated about LGBT in our country. They don't know what LGBT is and so they just kick out people, saying it's a disease that can't be let into society," Lama said. "Then, society blames LGBT for doing bad things, but they are the ones who kicked us from society."

Lama disclosed that she was recently in a Nepali film that empowers marriage equality, which she hopes will become a reality in her country soon. She also plans to study law in the UK, saying: "There's no good lawyer for the transgender in Nepal."

Social and legal challenges remain unfortunate norms in different Asian nations. In some, like Indonesia, people's attitude and openness toward the issue of sexuality is also influenced by religious beliefs.

"In Muslim countries, being transgender is not good. They only see men and women," said Indah Cheryl, 31, a model who represented Indonesia at the competition. This mindset affects employment in the country.

"For transgender, they can only go for jobs like make-up artist, not office jobs," she added. 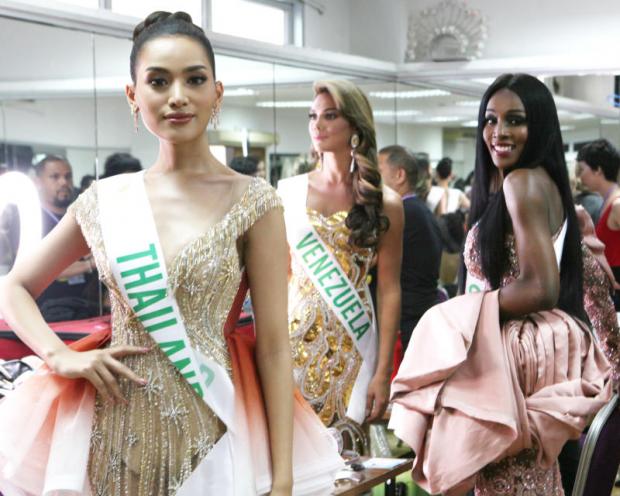 But the situation is wholly different in Laos. Kanrayany Phothimath, 22, considers herself lucky to have been born in Laos, as she believes the country is open for everyone, regardless of gender. She is a college student, a model and a schoolteacher who now teaches basic English.

"Opportunity is based on each individual here. If you behave well, you have good opportunities in society. People don't automatically ostracise you based on your gender," she said. "At the same time, I want everyone to be equal and respectful toward one another, [to know] that all can coexist [and to not] judge people based on their appearance."

In joining MIQ, Kanrayany hopes to become an inspiration for transgender people to dare to be themselves.

While the level of acceptance may vary across Asia, one of the problems similarly faced in the region is the limited -- or absence of -- access to healthcare facilities dedicated to transgender people. This includes facilities where they can get consultations, checkups, hormone treatments and sex-reassignment surgery.

"There is no such thing for the transgender in Nepal," said Lama. "If you go into a hospital and say you're transgender, the doctor will scratch their head and directly or indirectly ask what's in your pants. It's hard because we need to take hormones and we don't get that in our country. There is no doctor [specialising in the field]."

"We have a hospital, but the doctor is not good with surgery. This is why I came to Thailand for my sex-reassignment surgery -- because Thai doctors are very good," said Yaya. "I always tell others I was born in China but I was made in Thailand. I'm a half-Thai girl. And my doctor is my father. He made me reborn."

Lama said people in Nepal often choose Thailand as their destination when seeking surgery and hormone treatment at a reasonable price.

"Thailand is the world's friendliest country for LGBT people," she added.

Twenty transgender beauty queens from all over the world competed for the title of Miss International Queen 2019. Photo: Apichit Jinakul

Despite the struggles and social prejudice facing transgender people in their country, lo and behold, Yaya publicly urged the transgender community, especially the younger generation, to chin up and be brave. If she can do it, so can everyone. There is always hope.

"We don't need to hide anymore. We can live in the sunshine. We can feel the freedom," she said.

When Jazell Barbie Royale won Miss International Queen 2019, the gravity of the historical moment was felt all over the world. She is the first transgender woman of colour to have won the title.

"In the transgender community, it's like when Obama won the presidency. It's the same thing. It's a great day for everybody," said Royale with pride during our post-show interview.

The 32-year-old beauty queen was a community liaison for HIV tests, an entertainer and Miss Continental 2016 in the US. Growing up, Royale said she had a lovely childhood with her grandmother, mother and aunt raising her, and her family has shown her nothing but love and support all the way. She had been planning to join Miss International Queen for several years but was unable to due to some things that came up in her life. This year, she finally arrived with the blessing and support of her community.

"As a transgender woman, I've been a gay mother, which is like a godmother to someone. I've seen people die from it in their 20s. Some were friends of mine," she said solemnly. "I've attended several funerals."

Following her win, Royale plans to remain close with her fellow Miss International Queen sisters and form a network with them in order to continue her advocacy and influence change for the betterment of LGBTQ+ people.

"We're powerful in numbers," she said. "If we stick together, we can make a change. I can't do it by myself. There can only be one winner, but I can't fight the war by myself. I need an army and they're my army."