Moving forward: Darapim Sukkasem, 48, a resident of Sai Mai district, says her quality of life is better now that she has moved from a house built on stilts by the Khlong Lat Phrao canal to nearby state housing.

Khlong Lat Phrao, a major canal in Bangkok, was once known for its putrid water, proliferation of rubbish and land encroachment along its banks.

Yet, rehabilitation efforts by the Bangkok Metropolitan Administration (BMA) offer hope the canal area can once again become a livable environment.

Part of the canal in Sai Mai district has been transformed for the better.

The piles of rubbish bobbling up and down in the canal have disappeared, as well as the dirty water and foul smell.

Dilapidated houses built on wooden stilts that encroached onto the canal have been dismantled. 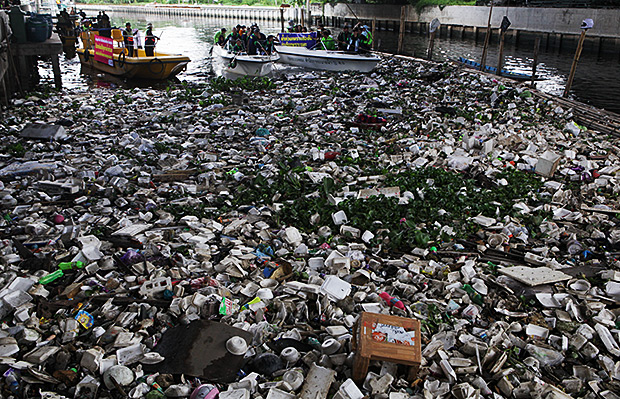 This rehabilitation push is the outcome of the BMA's scheme to redevelop the canal, expand its size to increase its drainage capability and build a 45.3-kilometre flood embankment.

The rehabilitation of Khlong Lat Phrao is part of the government's efforts to rejuvenate canals in Bangkok.

In the past, the city was known as the "Venice of The East" due to its waterways forming a major transportation network for residents.

Khlong Lat Phrao Canal is believed to have been dug in the early period of the Rattanakosin era over 200 years ago, and its banks have been home to many communities over that time. However, the canals, including Khlong Lat Phrao, became neglected after the introduction of road transport over the last half-century.

They were mostly kept for flood drainage purposes.

Khlong Lat Phrao canal is one of nine canals in Bangkok that has been used to drain rainwater flowing into the city from northern Thailand.

These canals have fallen into disrepair over the past few decades.

Rubbish and houses built along its banks have obstructed its water draining ability, leading to it massively overflowing during the epic flood of 2011. 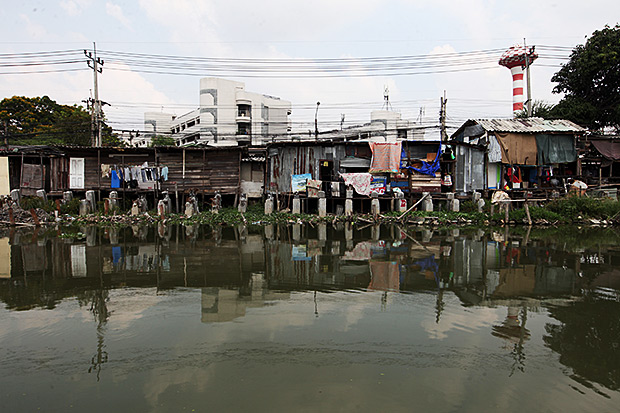 Out with the old: 7,609 families will be relocated into newly built state housing.

After this, the government called for the redevelopment of the canal and widening of the waterway.

Those who live in makeshift dwellings along the banks are required to move into a new state housing project nearby.

These housing projects -- for relocating 50 communities and their 7,609 families -- have been built as part of the collaboration between the Ministry of Social Development and Human Security and the Community Organisations Development Institute (Codi), a state-sponsored public organisation which operates public housing for low-income communities.

The BMA received 1.6 billion baht to enlarge the canal and build the embankment.

The project began in January 2016 and is set to finish in June. The wider canal will double the city's capacity to drive out flood water.

Prior to the project, the canal was about 20 metres wide but the excavation work nearly doubles that to 38 metres, while the depth will also be expanded from two to four metres.

"Now they have moved, people have permanent housing, while the dredging of the canal has also improved the quality of the water," said Mr Yodkwan.

Darapim Sukkasem, 48, a resident of Sai Mai district, said her life has improved.

"I once lived with my family of seven in a one-storey house, no more than 30 square metres in size. On several occasions, reptiles entered the house. Our new house, which was built by the state, is cleaner and has a better atmosphere," Ms Darapim said.

"The new housing is safer. Those who were addicted to drugs were screened out. So, it's just a matter of time before our community starts to develop a family-friendly atmosphere once again," said Ms Darapim.

Mr Chakkaphan said the BMA also has a plan to promote tourism along the canal to help boost local incomes.

"In the future, many mass train routes will be built in this area and the government will try to promote boat transport after dredging the canal deeper to help commuters. Needless to say, the Khlong Lat Phrao will become a major local transportation hub in the near future," he said.

A number of airlines have expressed reservations about flying home Hong Kong passengers who have been in close contact with passengers infected with the coronavirus aboard the Diamond Princess cruise ship.

PM Prayut and 5 other cabinet ministers survive no-confidence motion even though 2 of them were not grilled at all during four-day debate. No cabinet reshuffling on the cards.