Back to the railway future?
Thailand
Special Report

Back to the railway future?

Makkasan train depot is about to be redeveloped, but care needs to be taken

The Makkasan train depot in downtown Bangkok used to be the country's main centre for locomotive maintenance. It means more than a final resting place for old locomotives and carriages as it has preserved the architectural integrity and beauty of a bygone era and united the spirit of the railway staff. (Photos by Patipat Janthong)

The idea of an adventure walk through a run-down train yard overgrown with tall trees may not be everyone's cup of tea.

However, under the partially obscuring canopy lies what once was the country's main train maintenance hub. Indeed, the 497-rai Makkasan depot has retained its significance even today, albeit for quite a different reason.

Peeling off the depot's rusty facade reveals its charming architectural designs inherent in the old maintenance building while the sheer size of the place that has fallen into neglect and been taken over by trees makes its one of the city's largest green spots.

However, a blueprint is on the State Railway of Thailand's drawing board to commercially develop the area. The plan could very easily spell doom for the depot's architectural charm, its green existence as well as the communities living there.

To avert doom, the rail worker unions and architectural experts have agreed that developments do not always have to equate to the destruction of what came before and should be preserved.

Having marked the 109th anniversary of its establishment late last month, the depot is being integrated into the 220-billion-baht high-speed train project linking three gateway airports -- Suvarnabhumi, Don Mueang and U-Tapao. 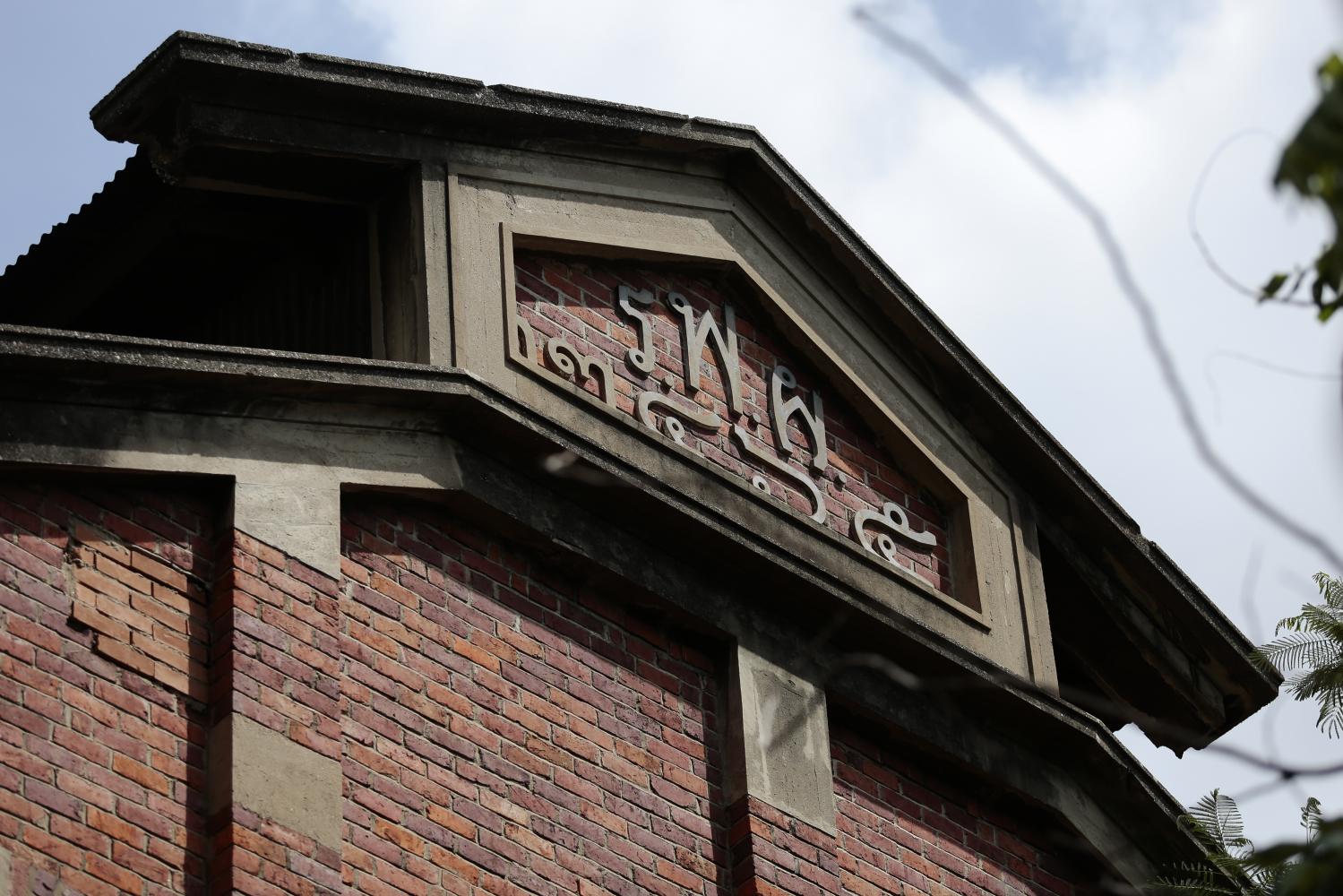 An old train maintenance building with the date of its construction written in Thai on the gable. The building is almost a century old.

The bid winner of the project will be granted the rights to commercially develop 150 rai of Makkasan land as well as a 25-rai land plot around Si Racha station in Chon Buri.

The Makkasan depot is eyed as a hub for the high-speed train scheme. Earmarked for development is Zone A, which is home to the maintenance operations.

Most of buildings at the depot showcase striking architectural beauty with the oldest building, the Ror For Por 2465, having served as the maintenance centre for steam locomotives in the bygone era and for the diesel engines today.

Old maintenance tools are kept at the buildings while two nearby warehouses store many types of hard and precious woods, including teak, phayung (Thai rosewood), shorea, and hopea, which were formerly used in railway construction.

For Sawit Kaewwan, president of the State Railway Workers Union of Thailand, developments should not come at the expense of residents of local communities and the depot's history.

"But let's be clear. We're not against development. We just want to make sure the allocation of land for commercial development will be done appropriately," Mr Sawit said. 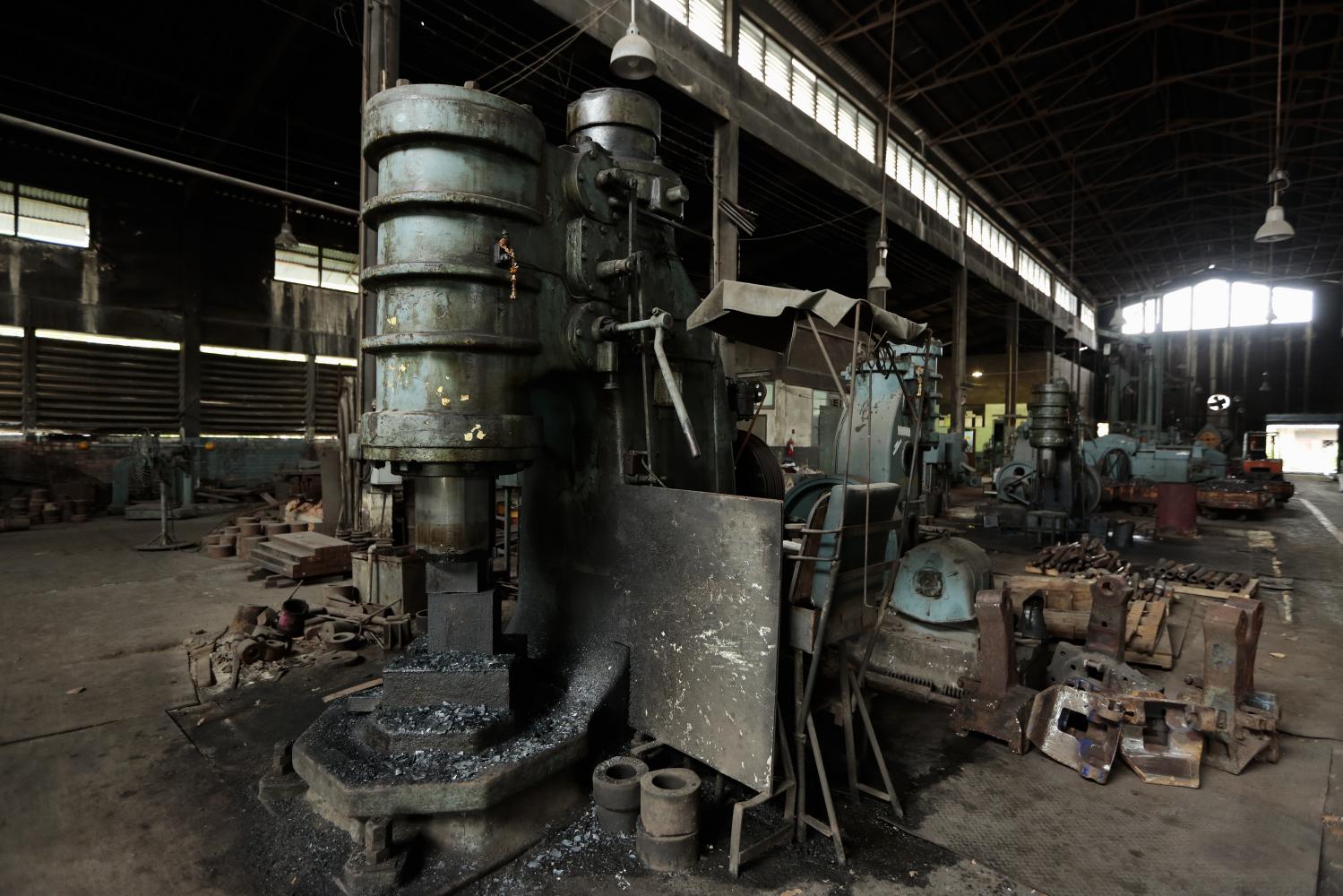 Large machines still stand in the train yard where spare parts are kept for maintenance work.

He said the incoming development should not unsettle significant spots at at the facility, such as the maintenance depot, which serves as a knowledge base for the industry, as well as green space, which could serve as a city lung.

Turning one's back on the historical value of the depot would mean there is a risk that the accumulated knowledge of train maintenance, such as repainting carriages, would gradually disappear.

The development plan, he said, should also take into consideration the impact it will have on people's livelihoods.

"The depot is a knowledge hub which must be preserved. It embodies the local spirit and identity," said Mr Sawit. "How will we live if the things that define us are wiped out?"

Pongkwan Sukwattana Lassus, an architect and member of the Association of Siamese Architects, said the development of the area needs public input.

She said every bit of the architectural integrity of the train maintenance buildings, which date back over 100 years, is worth preserving.

The buildings could double as a living museum where the actual maintenance work is still carried out and can be witnessed in action, Ms Pongkwan said.

She said the depot resembles a park equipped with canals running through it and a pond that is home to a diverse ecosystem. Not much investment is needed to turn the green sections of the depot into a public park. 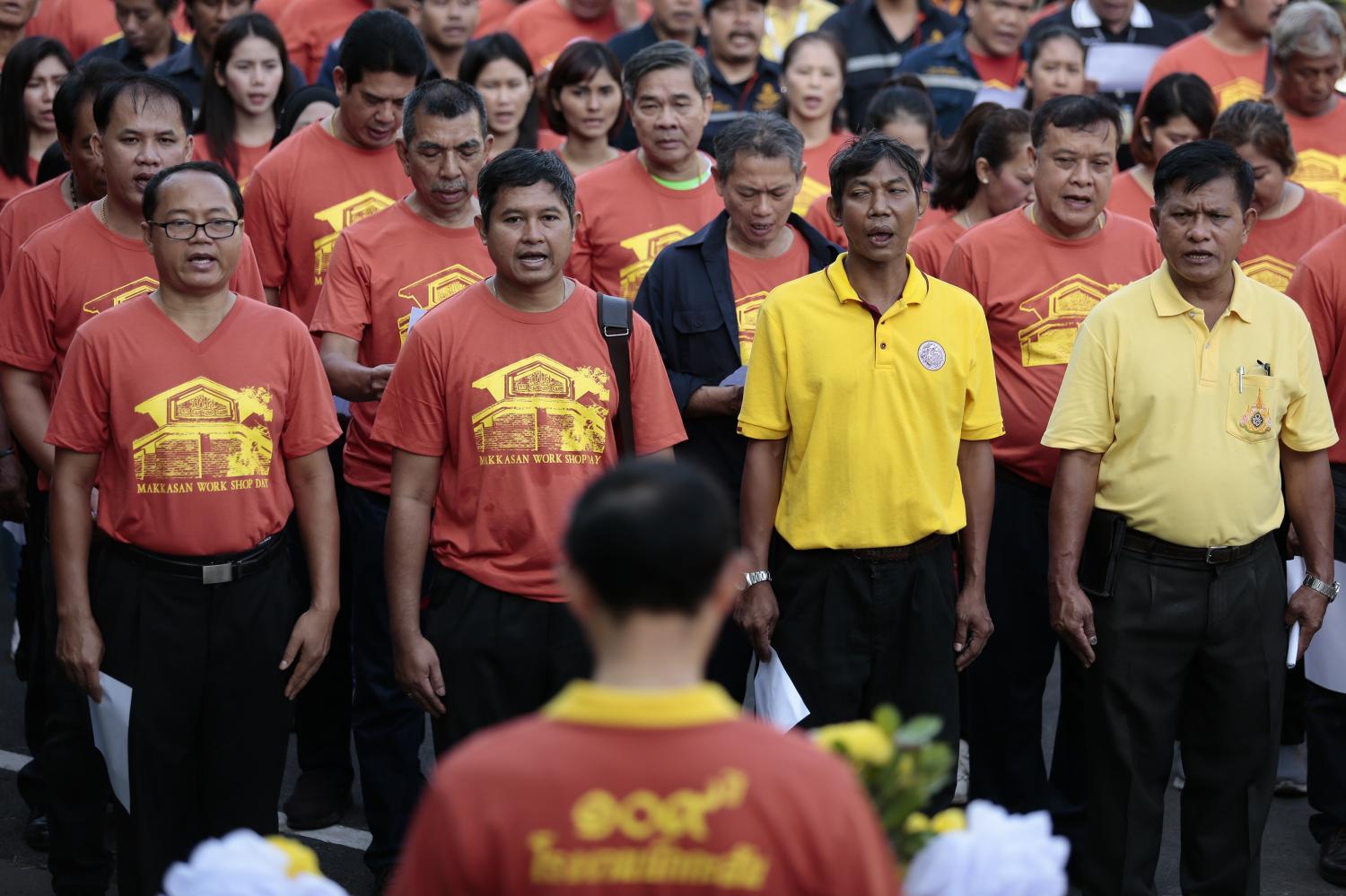 The depot's green area is vast and can pump plenty of oxygen into the city while the Bueng Makkasan was designated by King Rama IX as a water-catchment spot to prevent flooding in the capital.

She said the maintenance depot built in 1930 should be valued as a rail industry heritage site that can pull in tourists right in the heart of Bangkok. Visitors can access the depot conveniently from the Rama IX area and the Airport Rail Link as well as the Pratunam area and Soi Rang Nam.

Suwit Sumanon, president of the Railway Workers' Confederation (RWC), said the site encompasses an iron foundry, and engages in train maintenance and woodwork for carriage furniture.

With the rail development here to stay, SRT employees need encouragement to take an active role in running the depot and keep up with the world, he said.

Mr Suwit said the new generation of trains is key to future rail transport. "We are confident we can live with the new innovations," he said.

He insisted SRT employees are not the reason for the agency's poor operational performance. The SRT has been in the red because there has not been a fare hike since 1985.

Operational costs account for two baht a kilometre while the fare the SRT is able to charge customers can offset only a fraction of the investment, according to Mr Suwit.

"We were made to be the scapegoat and employees are being pushed aside," he said, adding that employees are eager to be part of the rail projects. 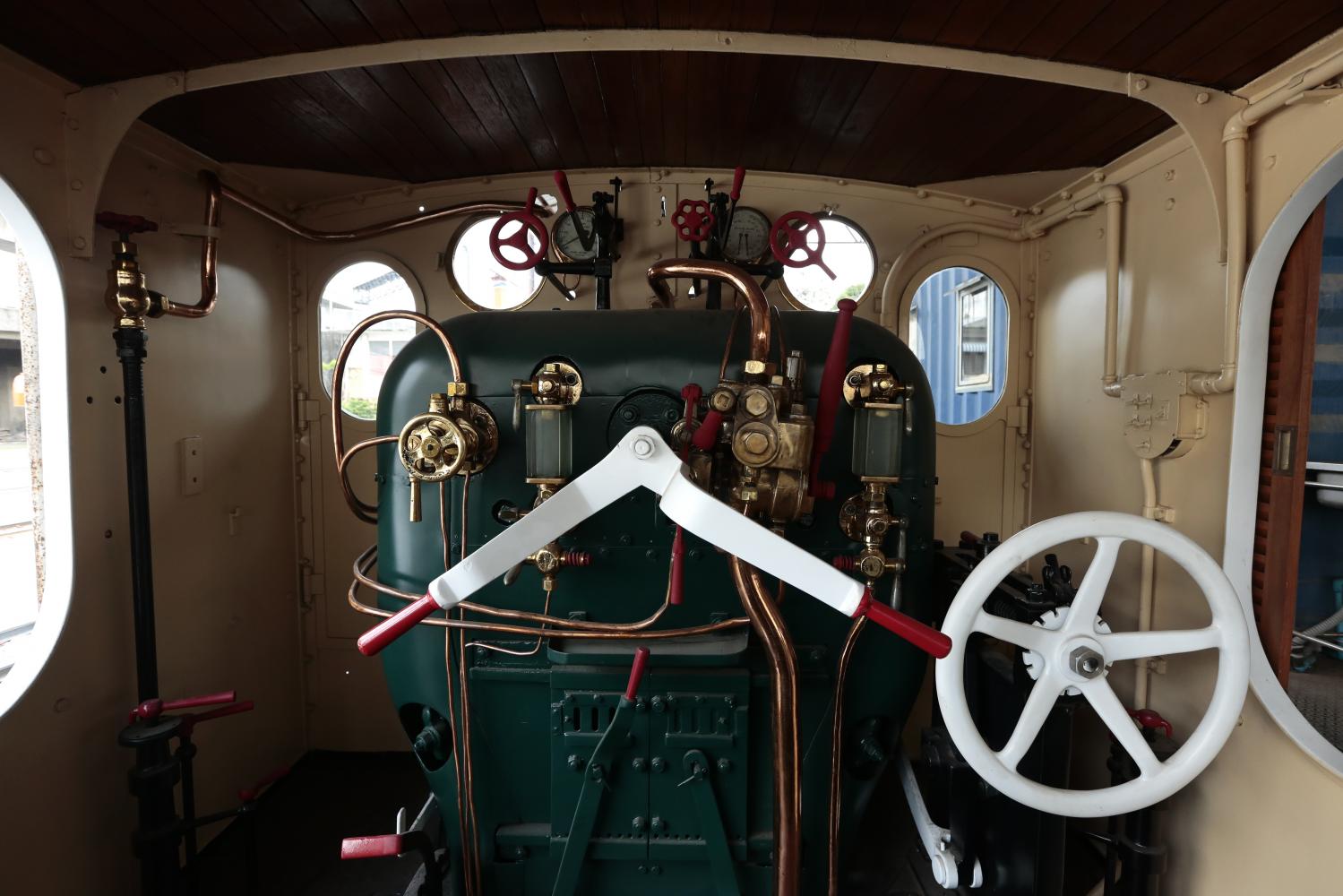 But the SRT is short of staff, particularly in the field of train maintenance. The number of employees in the department has dwindled steadily over the past 30 years, from 3,000 at its peak to about 500 now due to outsourcing.

The SRT also stopped producing its own trains in 1983 and turned to purchasing them from overseas instead.

"This has limited the chance for home-grown technicians to hone their skills," Mr Suwit said.

SRT employee Yuranan Sisom said he is hopeful the depot would be brought back to life by relocating some of the maintenance work for new trains and machinery there.

Chitpol Pormdontree, president of the Airport Rail Link Workers Union, said a sense of pride runs deep in the veins of the Makkasan train repair personnel. The depot was where countless trains had been manufactured, many of which are still running the length of the country.

"This is the true value of the Makkasan depot. It's puzzling to me why this facility has been left out of future development plans despite it harbouring plenty of capacity to be utilised," Mr Chitpol said.

Peeraya Boonprasong, a lecturer at Silpakorn University's Faculty of Architecture, said she is in awe of the distinctive architectural designs of the buildings at the depot where rail technologies of a bygone era were passed down from the older staff to young employees.

The depot is the birthplace of train maintenance skills in the country and people should be allowed to see it."

Sudjit Sananwai, who teaches at Rangsit University's Faculty of Architecture, said outstanding architectural elements can only be found at the depot's factories and it would be a pity to let them go into decline.

The architecture also shines through in the old rail employees' wooden quarters, some of which date back decades. The features have fascinated foreign visitors.

The quarters, however, need to be maintained to preserve the structures, she said.

According to her, architecture students and lecturers have jointly conducted a project, called ASA Vernadoc, in which they document buildings and their architectural designs through sketching.

About 30 students took part in the programme between July 9-12. Their sketches are expected to be completed by the end of this month before they are put out for the public to view.