Plans are afoot to not only renovate Khao San Road but also rid it of its image as a hub for petty crime by foreign nationals, according to local police.

The 400-metre road, located near tourist attractions in the capital's old area, is well known for providing backpackers with inexpensive accommodation.

But this reputation also attracts other, more ill-intentioned types.

Pol Maj Gen Woraphong Thongphaibun, chief of the Tourist Police Bureau's subdivision 1, described the scale of pickpocketing and petty theft in the vicinity as "unbelievable".

Until recently, the area was mostly packed with young Western tourists and travellers, but now there is also a strong Chinese presence on the iconic street. 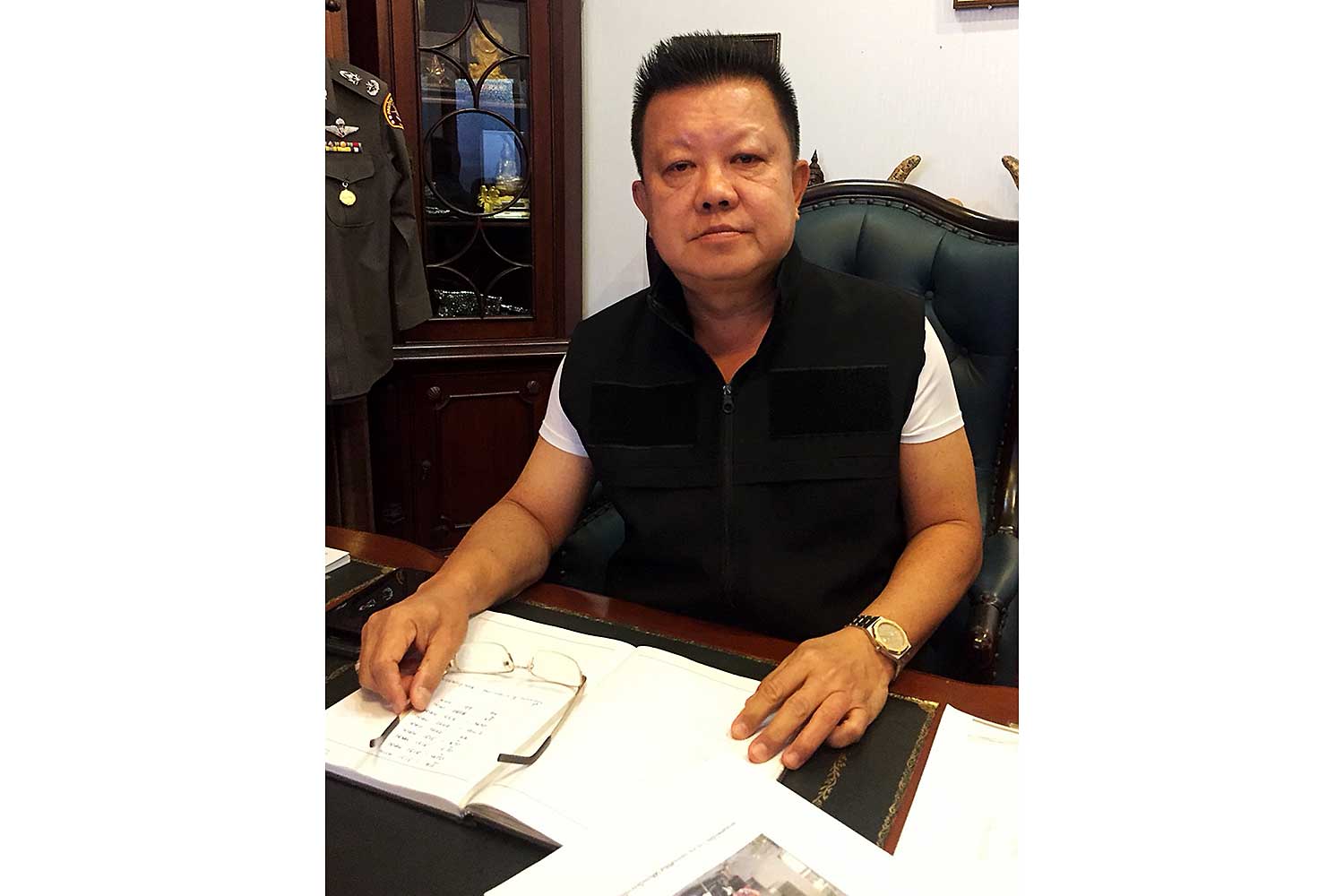 "Khao San is now generally safe ...There are no serious crimes in the area as we've so far found only pickpockets and small robberies." — Pol Maj Gen Woraphong Thongphaibun, Chief of the Tourist Police Bureau's subdivision 1

While many are there for the same reasons as their western counterparts, there has also been a number of worrying criminal incidents involving Chinese citizens, according to Pol Maj Gen Woraphong said

Last month tourist police raided a hostel where they nabbed a gang of Chinese pickpockets.

"They stayed in many rooms, each sleeping eight people," said the police chief.

Investigators found these suspects had hunted for victims in other areas and stayed at the hostel pretending they were backpackers.

Cheap accommodation of between 200-300 baht a night, coupled with cheap street food, allowed them to stay there for a long period.

However, taking refuge around Khao San is uncommon among experienced transnational criminals as they are aware the area is often a target for police patrols.

"So most of the wrongdoers in hiding are new criminal suspects," Pol Maj Gen Woraphong said.

The latest arrests have prompted police to keep a closer eye on Chinese tourists, but this does not mean they are ignoring travellers from other countries. Pol Maj Gen Woraphong said his agency works with the Immigration Bureau to look for foreigner suspects, especially those facing arrest warrants by Interpol.

To better prevent crimes, police do not keep them under surveillance quietly but will "show themselves to scare suspects from committing criminal acts," Pol Maj Gen Woraphong said.

Officers from the Tourist Police Bureau are stationed in front of temples in Koh Rattanakosin area by day and at Khao San Road at night.

Each month they also collaborate with other police agencies to carry out a joint inspection of the area.

"There are no serious crimes in the area as we've so far found only pickpockets and small robberies."

This partly a result of cooperation police have received from shop owners and local businesses who help to keep an eye out for suspicious behaviour.

However, Pol Maj Gen Woraphong said, more work must be done due to the limited manpower of the Tourist Police Bureau.

At present, the agency has only 2,000 officers, but the number of visitors to Thailand now stands at over 40 million each year.

"We also have only 70 cars for uses nationwide," Pol Maj Gen Woraphong said.

Subdivision 1 has to manage its resources carefully as its areas of supervision cover Bangkok, the Central Plains and the eastern provinces.

In the long run, more officers will be needed to better prevent crimes at Khao San and other tourist-crowded areas, said Pol Maj Gen Woraphong, who has given his backing to the formation of a "tourist police volunteer" force.

The idea is to train people and equip them some policing skills so that they can play a role as officers' aides.

On July 26, 108 people joined a training session to kick off the programme. Once they have completed the course they will be given certificates and designated to help police patrol Khao San Road and other tourist spots in Bangkok.

City Hall, which is preparing to renovate Khao San Road and better regulate street vendors, also wants to rebuild the area's reputation from a safety point of view.

One problem, in particular, being the illegal working of some foreigners as street vendors. Reportedly about half of the street sellers are not Thai.

Once all vendors are registered, "foreign sellers won't be able to continue their jobs," deputy Bangkok governor Sakonthee Phatthiyakul said.

The city plans to list between 240 and 360 people as street vendors who are allowed to sell food and souvenirs for one to two years. Officials will then select newcomers through drawing of lots.