Chiang Mai turns to mobile app to push recycling cause

Like other big cities in Thailand, the municipality of Chiang Mai has had problems with rubbish. The real challenge is not with collecting or disposing of waste, as with its budget, the municipality can hire disposal companies for this purpose.

The main concern is how to get the public involved in the recycling process as concerns over climate change mount. As a result, the municipality of Chiang Mai is looking at garbage management from a new perspective.

Previously, the municipality's focus was on optimising work at the end of the waste cycle -- rubbish collection, rubbish scavengers, and disposal companies -- in which the public was not involved in a big way.

However, things are changing. At the start of this year, the municipality introduced a mobile app developed by GEPP -- a private waste disposal startup -- to promote recycling.

GEPP will provide a platform for people to schedule rubbish collection in their communities with a recycling company.

The service is an added bonus to the usual garbage collection trucks that pick up rubbish from homes and public areas across the city every day. 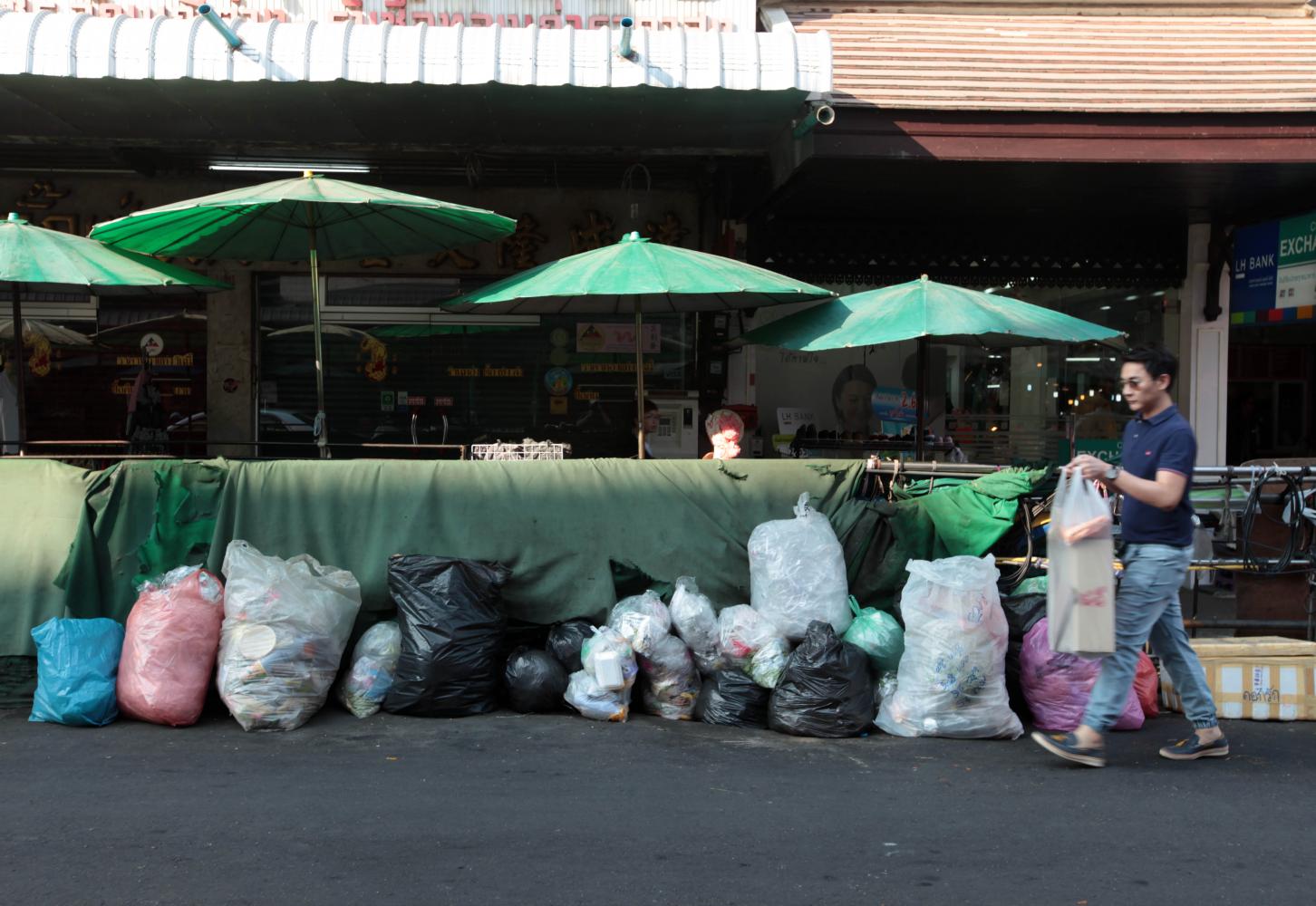 no small burden: The municipality must deal with 1,700 tonnes of waste produced every day.

"The challenge is how to allow people to participate in garbage disposal and recycle on a mass scale," Mr Asanee said. The municipality has turned to a digital solution, in the form of the mobile app, to make it easy for people to access recycling services.

The app was developed by Bangkok-based startup, GEPP, which comes from G.E.P.P. SA-ARD Co. The service is also available in some areas in Bangkok.

GEPP refers to itself as "Grab for garbage recycling services". The GEPP app provides a digital platform that links households wanting to sell rubbish to recycle collectors.

The municipality launched the GEPP app in July, starting with selected hotels and schools.

Mr Asanee said the municipality is planning to extend the project to cover the four sub-districts of Sri Vichai, Kawila, Nakhon Ping and Mengrai.

On the set dates, recycling trucks arranged by GEPP pick up garbage at the time and place specified in the app. 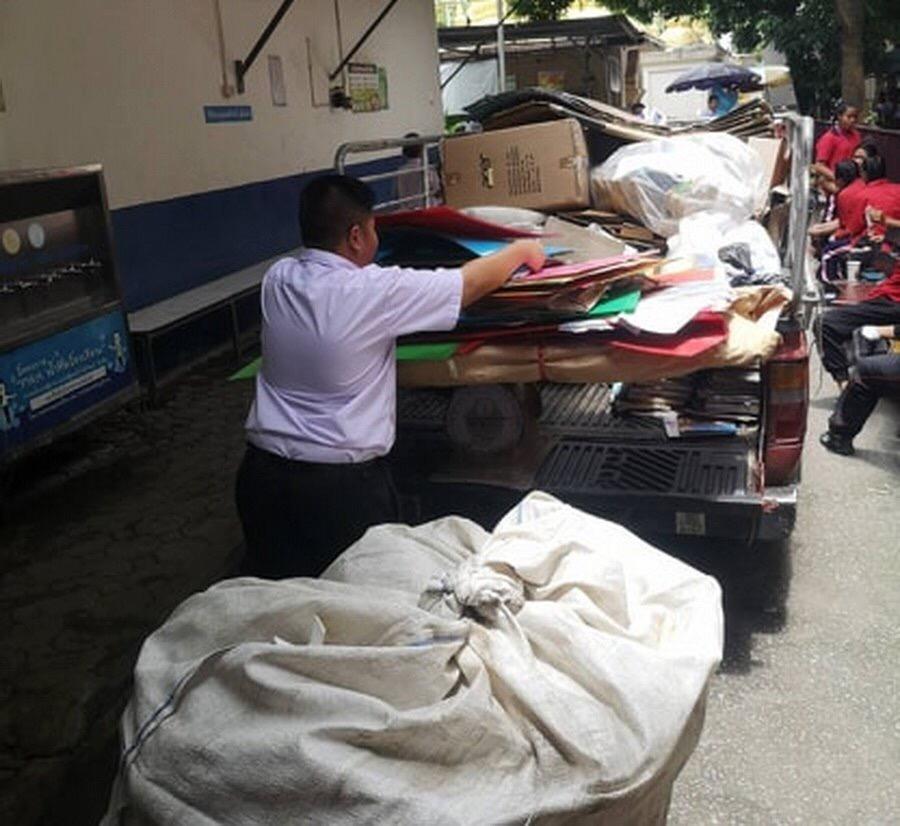 better planning: Thanks to the app, students find it easier to make a time for recyclers to pick up waste.

The GEPP app can help reduce the amount of garbage by 10 tonnes a day or 3% of total waste produced daily, he said.

Wasan Jompakdee, a lecturer of the Faculty of Engineering at Chiang Mai Univerisity and president of the Coordinating Committee for the Protection of the Ping River Basin and Environment (CCPE), welcomes the initiative. "The right solution and technology can help our lives in many ways if we use it wisely."

Meanwhile, Arnad Klangvichien, head of Rak Chiang Mai Network and representative of 97 communities in the municipality, added the older generation also needs to learn new technology. Additionally, it can offer them a new way to earn some income by matching those interested in buying recyclable goods such as scrap metal with local suppliers.

Chiang Mai province has long faced a garbage problem. However, the situation has grown worse due to the rise of foreign visitors which now number 10 million annually. In comparison, the local population is only 1.7 million.

At present, the province produces 630,000 tonnes of waste per year -- 1,700 tonnes per day -- on average. However, the three waste management plants in the city can only handle 510,000 tonnes per year, which means the excess amount must be stored in a landfill. As a result, the province has tried to tackle the problem because landfill sites are hard to find and it draws the attention of protesters. 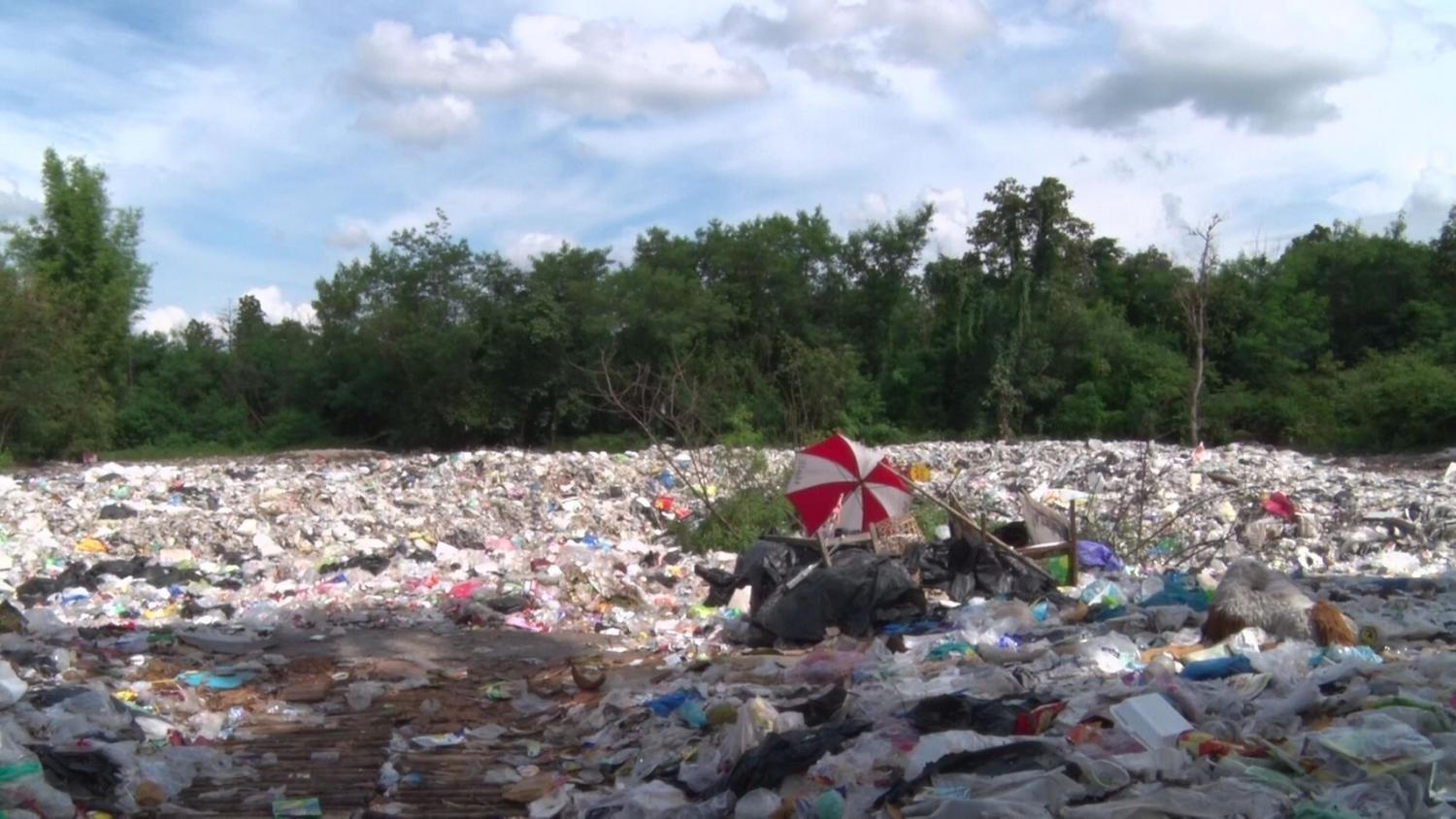 Chiang Mai province starts to reduce garbage by promoting recycling or even stop using plastic waste because its garbage landfill has drawn location protesters. In old photo file dated August 2016, shows image of garbage being dumped in a back of local hospital in San Patong district.

Last year, the provincial governor launched a campaign to make Chiang Mai clean. The campaign includes use of the mobile app GEPP to promote recycling, regular clean-up activities in the community, and even the creation of a community centre to handle organic waste and fresh rubbish such as food waste which is converted into fertiliser.

The province also launched a campaign to educate the public about reducing waste by pushing initiatives such as asking food vendors and restaurants to stop using styrofoam food packages and plastic bottles.

Komsan Suwanampa, deputy governor of Chiang Mai province, said the authority has moved against the old mindset of garbage collection and encourages the public to reduce garbage instead.

"We are practising the 3Rs concept (Reduce, Reuse, and Recycle) within our organisation and we have suggested the local administration make compost bins of organic waste which can turn organic waste into fertiliser by natural decomposition as well as place hazardous waste in a safe area," he said.