A fisherman shows a fish he has caught. The standard of living among local fishing communities has been lifted thanks to the enforcement of effective fishing regulations. (Photos by the Department of Fisheries)

Narathip Puekpongsai stays glued to the radar screen at the Fishing Monitoring Centre (FMC). He picks up moving spots on the radar indicating two commercial fishing trawlers were getting too close to artificial reefs in the restricted three-mile (4.8km) radius zone.

Mr Narathip immediately alerts his supervisor and radios the owner of the trawlers to let him know his boats were about to break the law. The owner has to tell the skippers to steer away from the no-go zone in the Andaman Sea.

Thanks to the Vessel Monitoring System (VMS), both the FMC authorities and the fishermen were getting real-time updates of the boats' movements.

Established in 2017, the centre works with fishermen and 30 Port-in Port-out centres as they seek to stamp out illegal, unreported and unregulated (IUU) fishing. 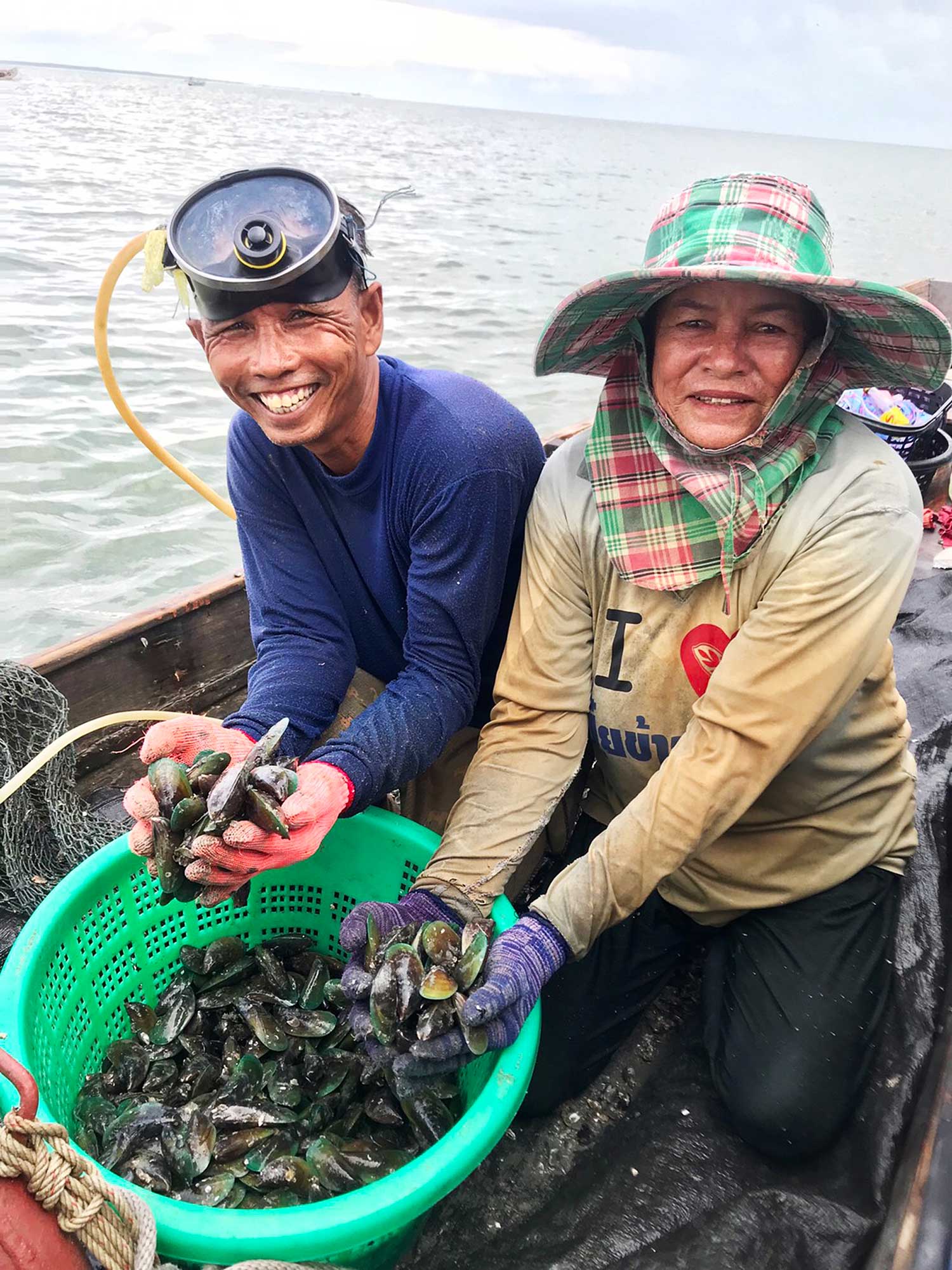 "The Port State Measures Agreement is a potent instrument to be applied in the fight against IUU." — Khundhavi Kadiresan, Food and agriculture organisation assistent direcdtor-general and regional representative for Asia and the Pacific

Having been yellow-carded by the European Union (EU) for IUU infringements in 2015, Thailand has made a big effort to reform its fisheries sector to avoid a ban on seafood exports. The efforts paid off earlier this year when the country was dropped from the yellow-card warning.

Technology has made a difference in Thailand's fight against IUU fishing long regarded as an environmental crime and a threat to marine biodiversity.

The VMS has been adopted to monitor, control and carry out surveillance of vessels, including where they fish and whether they use legal fishing gear or if they catch fish of permissible sizes or if they mistreat their crew on board the boats. The VMS transmits data including the vessel's location, route, and pattern of fishing activities back to the centre.

New regulations require boats weighing 30 tonnes or more to report to the centre 24 hours prior to their departure and arrival. The latest Vessel Monitoring System used at the Fishing Monitoring Centre can give updates on real-time fishing activities to counter IUU fishing.

At the same time, the VMS equipment can ease the processing and compilation of crucial background data such as the vessel licence, the type of vessel, navigation routes, automatic notification as well as the detection of any illegal fishing, said Adisorn Promthep, director-general of the Department of Fisheries.

The database is also linked to other agencies including the Marine Department, the Command Centre for Combating Illegal Fishing, the Ministry of Labour and the Royal Thai Police, which tap into the pool of information needed for coming up with a risk analysis and taking swift action against offenders.

"These measures have set Thailand on the right course of action in resolving issues of the IUU fishing vessels while encouraging staff to better understand IUU regulations. They need to be more vigilant about fishing irregularities and competent in the use of monitoring technology.

"It will also boost our export industry," Mr Adisorn said. 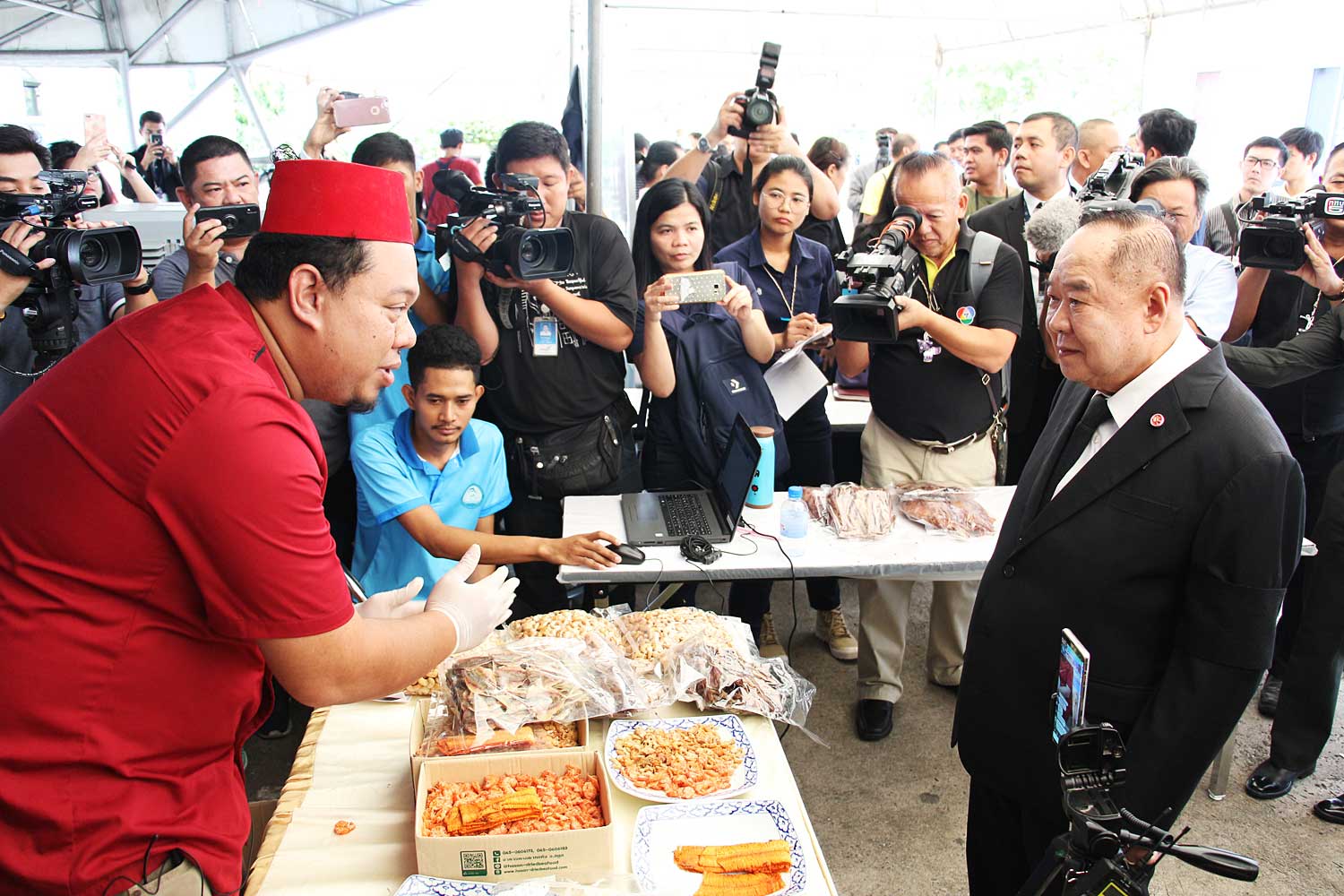 During the past 12 months, operators of 223 small fishing boats and 226 large commercial vessels have been charged with IUU-related offences, according to the Department of Fisheries.

A labour shortage has also been an obstacle in the sector. At least 10,600 trawlers have had difficulty recruiting people willing to take the jobs as fishing crew.

Large trawlers have invested in fishing gear technology to lessen their reliance on workers.

Surat Rattanasithon, whose office is based in Bangkok, is among fishing operators who forked out money to upgrade his boats by equipping them with a crane, power block, hydraulic system and specially designed net.

His vessels are also installed with new cold-storage compartments to keep his catch fresh. The machines have enabled him to cut his crew by almost half, from 30 to 18 in each boat, while also easing the back-breaking workload and cutting the net-hauling time by half. 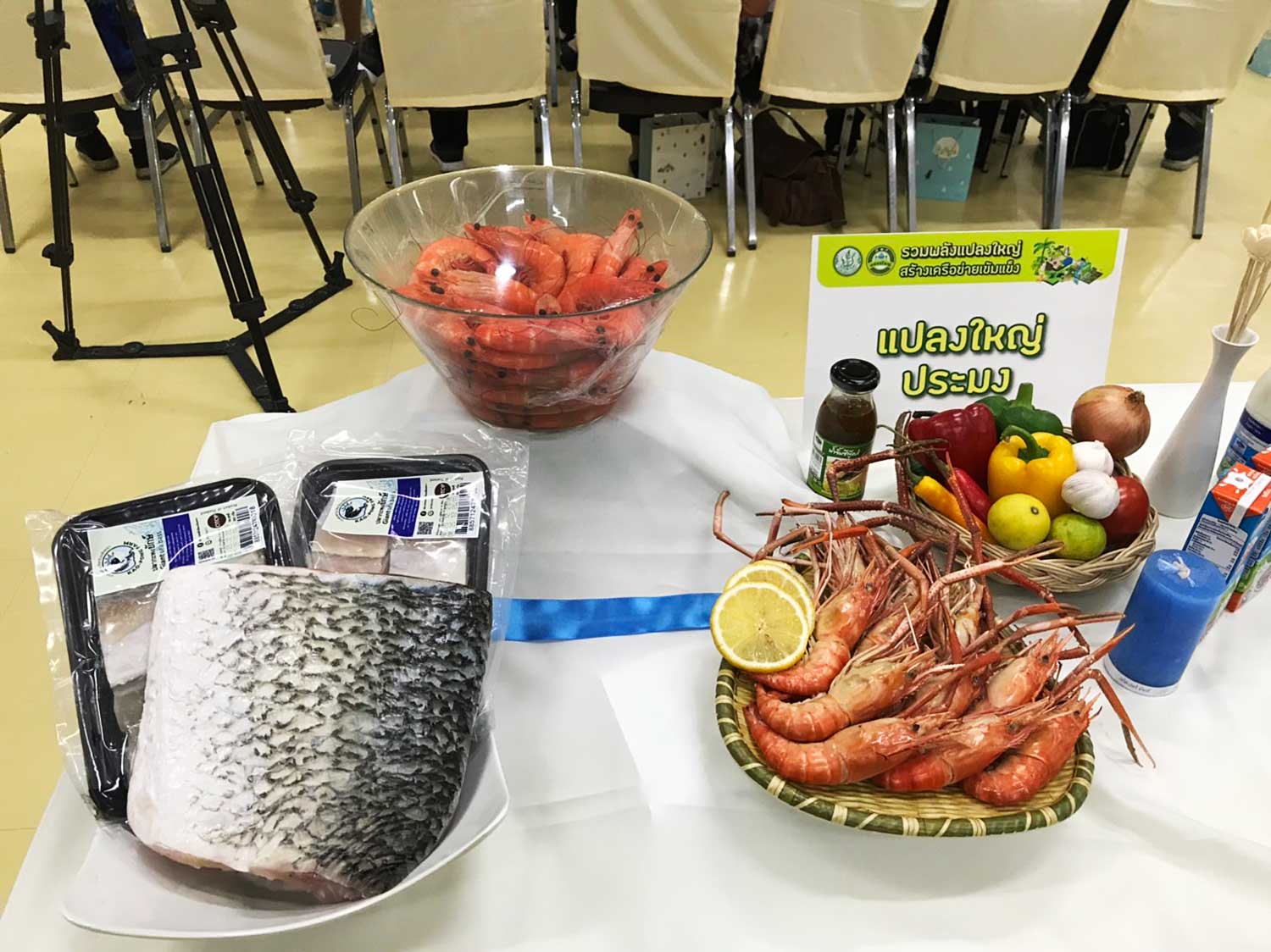 Seafood items are shown as the authorities say the re-emerging abundance of fish stocks is due to strict enforcement of anti-IUU rules.

However, not everyone can afford such gear. In fact, the gear costs between 1.09 million and 5.844 million baht per vessel depending on its size and the equipment to be installed.

In reality, such investments are out of reach for many boat operators. Banks also are reluctant to extend loans for the investment on account of the "uncertain" nature of the fishery business and the high risk of defaults.

About 600,000 people are employed in the seafood processing industry with around 57,000 people on the payroll of fishery companies.

As IUU fishing practices are being wiped out, the marine ecosystem around Thailand is slowly recovering. More than 2.4 million tonnes of seafood were caught in 2017 in Thai waters, 150,000 tonnes of which was hauled by small-scale fishermen, according to the Food and Agriculture Organisation (FAO).

Seafood retailers have also received a blessing from fish stocks which are now on their way to being restored.

Fisherman-turned-celebrated online dried food merchant, Anurak "Hasan" Sakulthai, and his employees are working flat-out to keep up with orders, and they are able to do it now there are sufficient supplies.

Mr Hasan says the strict measures against IUU have thrown artisanal fishermen -- many of whom were on the brink of losing their livelihoods to the seas being depleted of fish -- a lifeline.

The standard of living for fishing communities has improved and for several families, more fish are being caught in the nets and they are no longer living hand to mouth.

Mr Hasan said the increase in fish stocks has spurred an enterprising spirit in him. The seafood which the near-shore fishing boats have hauled was processed, preserved and packaged for online sales.

The products reach customers more quickly as they bypass the middlemen, which keeps prices reasonable.

As one in every five fish caught around the world is believed to come from IUU fishing, governments worldwide are being encouraged to accede to the Port State Measures Agreement (PSMA).

It is the first binding international agreement to specifically target IUU fishing. Its objective is to prevent IUU fishing by having countries ban fishing boats loaded with IUU catch from accessing their ports.

This way, the PSMA would provide the platform for countries to block IUU fishery products from reaching domestic and international markets.

The PSMA came into effect in June 2016 among FAO member countries including Thailand and other countries in Asean including Indonesia, the Philippines, Myanmar, and Vietnam.

"IUU fishing has affected food security and hit honest fishermen and communities dependent on it right in the pocket.

"The Port State Measures Agreement is a potent instrument to be applied in the fight against IUU," he added.

International agencies including the FAO, the International Labour Organisation and International Organisation of Migration said firmer coordination between stakeholders to be achieved via the PSMA can stamp out IUU fishing and avert the poor living conditions experienced by people affected by the problem in the region's fishing industry.

The three agencies recently urged member countries to sign the PSMA, adopt and ratify a fishing convention (C188) and the 2012 Cape Town agreement.

Collective action throughout the supply chain will see Thailand lead the region in eradicating the IUU fishing, which results in estimated losses of about 156 billion baht a year (US$5 billion).

One of the steps to be taken is setting up an Asean regional mechanism to suppress IUU fishing and share related information. Thailand will also encourage Asean members to adopt the PSMA to help rid the seas of illegal trawlers.

"We can put a end to IUU fishing if we work together. Thailand is proud of the success it has made so far in dealing with IUU.

"We hope to see further international cooperation on this pressing issue. IUU eradication should be regarded as a priority," the deputy premier said.