Special report: Sudden transfers of deputy police chiefs a sign of tension in the force

Following a dramatic turn of events at the Royal Thai Police (RTP) over the past three weeks, national police chief Pol Gen Chakthip Chaijinda may also have to look over his shoulder as he heads towards retirement in September.

In a 2015 media interview after being named successor to Pol Gen Somyot Poompanmoung, Pol Gen Chakthip admitted his future hinged on political circumstances and said he did not assume he would remain in the post until he retired.

Pol Gen Chakthip was the least senior among five deputy police chiefs before his promotion and his selection was said to have been pushed by Deputy Prime Minister Prawit Wongsuwon.

Tensions within the upper echelons of the RTP have come under the media spotlight after the drive-by shooting of the car belonging to former immigration police chief Surachate Hakparn in Bangkok's Bang Rak district on Jan 6. Pol Gen Chakthip was away on an overseas trip and it was Pol Gen Wirachai, the acting police chief, who rushed to examine the scene.

There were initial suspicions that the shooting had been staged but Pol Lt Gen Surachate, now a special civilian adviser to the PM's Office, denied it.

He suggested the incident was linked to his call for a probe into the controversial procurement of a two-billion-baht biometric identification system by the Immigration Bureau (IB).

The project was initiated by former police chief Pol Gen Somyot in line with the government's policy to step up security and strengthen passenger screening at immigration checkpoints.

It got off the ground when assistant police chief Pol Lt Gen Nathathorn Phrosunthorn was at the helm of the IB. Given the high cost, the procurement was carried out under the RTP, and the system became operational during the tenure of current IB chief Sompong Chingduang.

Pol Lt Gen Surachate did not name names when discussing the issue, but his remark was perceived as targeting Pol Gen Chakthip who signed off the procurement.

The dispute came to a head when a recording of a phone conversation between Pol Gen Chakthip and Pol Gen Wirachai was leaked. 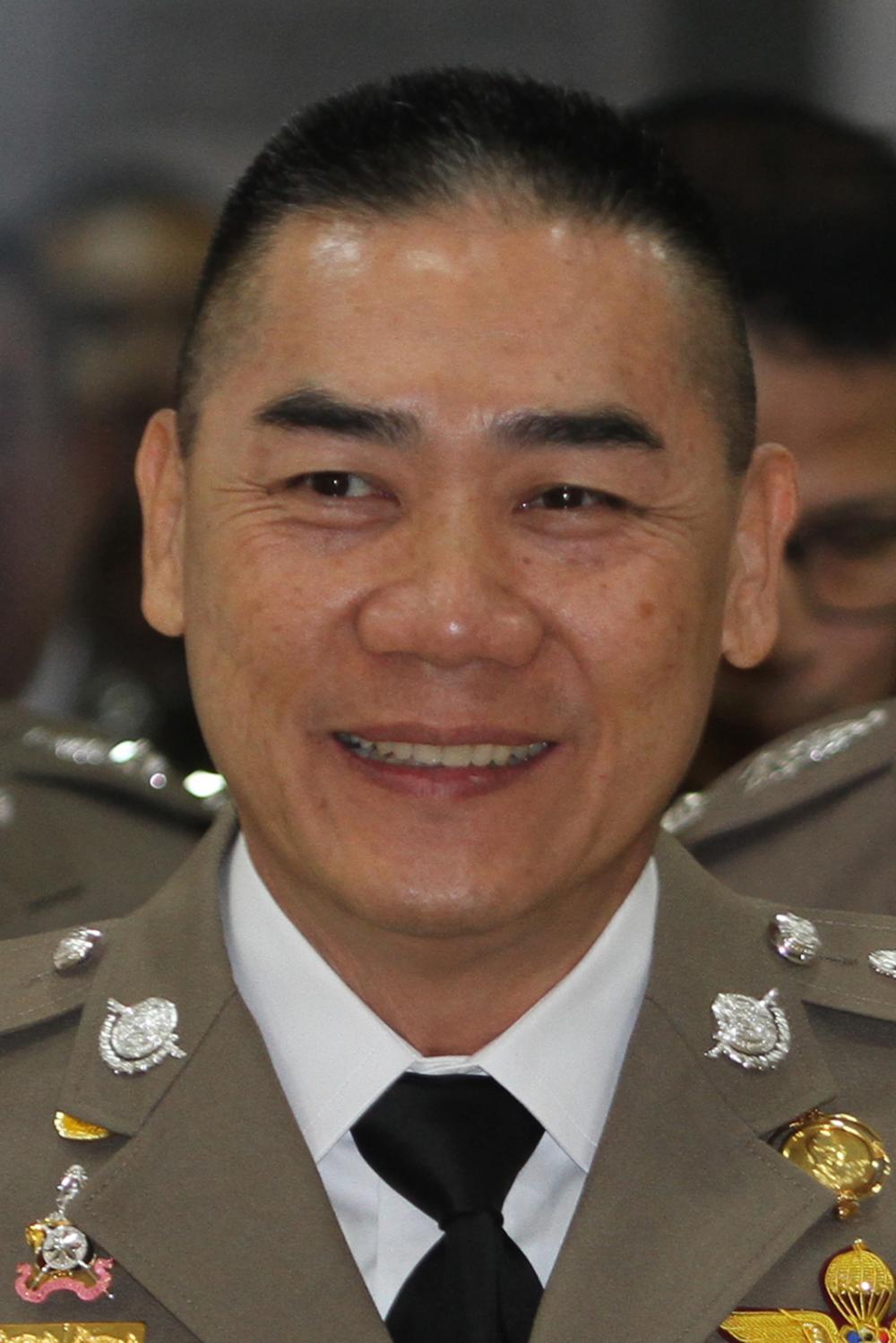 The national police chief was heard warning his subordinate and mentioning a person named "Joke". He was also heard saying that a police general should not take orders from a police lieutenant general, and that Pol Gen Wirachai should not do anything that would put his integrity in jeopardy.

However, public attention was diverted following a gold shop robbery on Jan 9 in Lop Buri that left three people dead.

Shortly after the arrest of Prasittichai Khaokaew, a 38-year-old school headmaster in Sing Buri, over the deadly heist, Pol Gen Wirachai was transferred to the Prime Minister's Office in an order signed by Prime Minister Prayut Chan-o-cha.

The order was issued after the RTP reportedly formed a panel to investigate Pol Gen Wirachai. Pol Gen Chakthip also signed an order nullifying all jobs Pol Gen Wirachai had been assigned to do.

On the same day, Gen Prayut issued an official warning letter to Pol Lt Gen Surachate, telling him to observe official codes of conduct and that failing to do so would warrant a disciplinary probe.

Gen Prayut's orders are seen by many as an effort to ease tensions in the RTP, observers say.

At the same time, the transfer of Pol Gen Chaiwat to the RTP's operations centre is said to have also caused a stir in the force as he is known to be on friendly terms with the national police chief and both were members of Class 36 at the Police Academy.

Pol Gen Chaiwat, who also retires in September this year, has close ties with Gen Prawit and, at one time was expected to succeed Pol Gen Chakthip if the police chief vacated the post early.

The abrupt transfers of these two high-ranking officers, meanwhile, has shortened the list of front-runners for the next police chief to four.

They are deputy police chief Pol Gen Manu Mekmok and inspector-general Pol Gen Chanasit Wattanawarangkoon, both retiring next year; and deputy police chiefs Pol Gen Suwat Chaengyodsuk and Gen Suchart Thirasawat, who are both due to retire in 2022.