Pharmacies out of stock, but protective gear available online

The prospect of the Covid-19 outbreak turning into a "Stage 3" full-blown epidemic in Thailand is deepening worries over the dire shortage of face masks.

Though the Commerce Ministry's Internal Trade Department (ITD) has placed controls on domestic mask manufacturing and distribution to prevent hoarding and exports, public fear of the severe scarcity has not disappeared, with one question still burning in people's minds: Where have all the masks gone?

In recent weeks, doubt among Thais has spread even faster than the novel coronavirus as consumers found pharmacies had run out of masks and learned that medical staff at hospitals had few left with no immediate sign of new supply.

These problems erupted even though ITD officials insist the 11 factories in Thailand can produce 1.2 million masks daily.

Also, while inspecting the factories in late January, Commerce Minister Jurin Laksanawisit said Thailand has some 200 million masks in stock, which is enough for four to five months.

Yet masks are becoming rare, with growing speculation that a large number of them are being hoarded by some traders for export at high prices. Worse still, it is believed this hoarding involves close aides of some cabinet members. 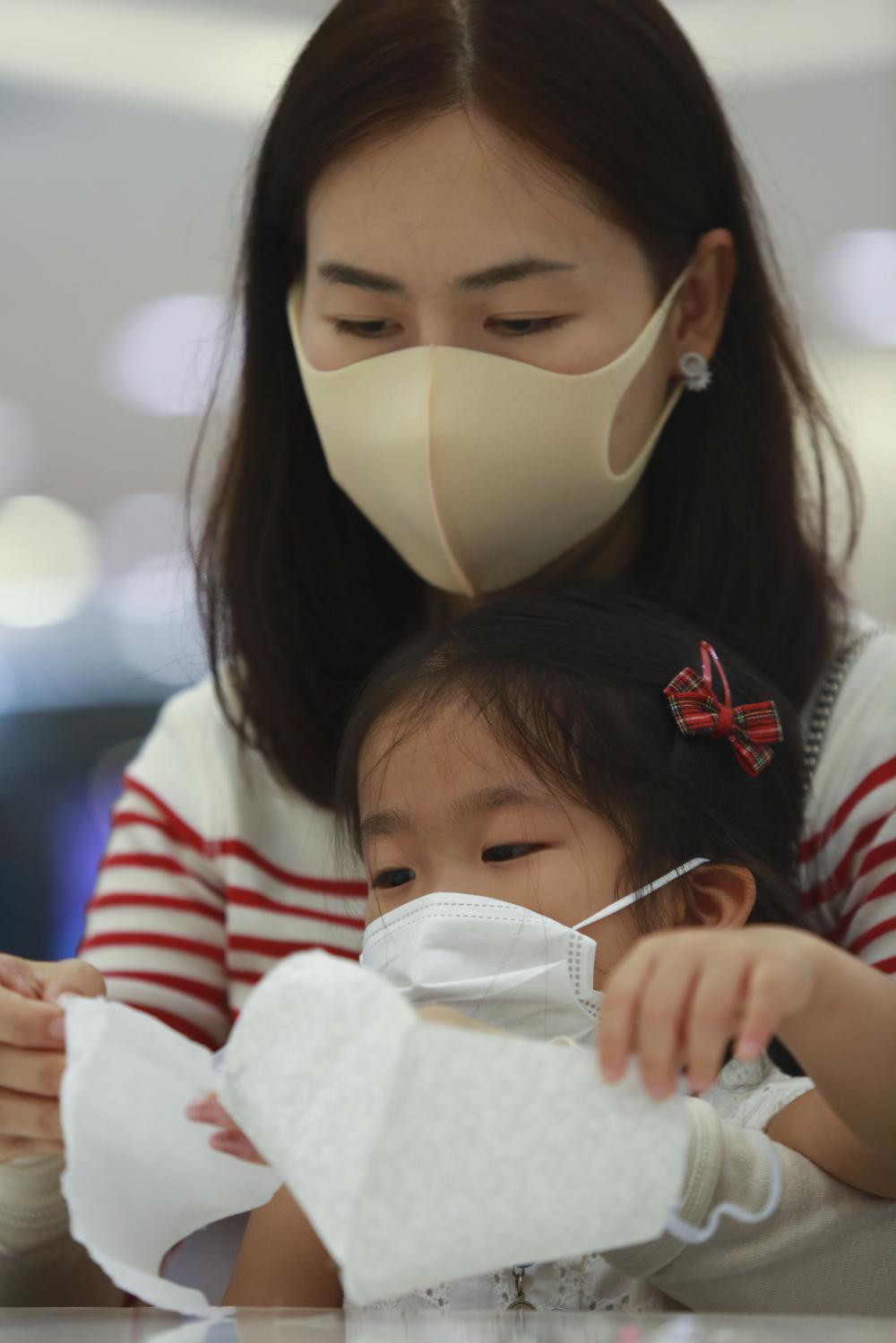 BEATING PROFITEERS: A mother and her child attends a "DIY face mask" workshop at Seacon Square in Prawet district in Bangkok. The workshop teaches the public to make their own face masks to wear.

These rumours are further fuelling public dissatisfaction, even though the government is doing its best to calm things down by handing out masks to the public and health officials.

However, these efforts have borne no fruit, as a Bangkok Poll involving 1,199 respondents revealed yesterday that 42.7% were unable to afford masks.

The poll, conducted by Bangkok University, also revealed that 56.4% of the interviewees want the government to have a "more capable" person deal with the mask crisis.

People's voices, as well as a need for a clarification of where the masks went, cannot be ignored at a time when the deadly viral outbreak has grown into a global pandemic.

Health experts are calling on the government to step up measures to solve the face mask scarcity to prepare for Stage 3 of the outbreak.

Thailand is currently at Stage 2, in which most new infections are linked with foreign travellers. In Stage 3, the disease will spread quickly among people, including those who have never travelled to virus-hit countries.

"If Thailand enters Stage 3, the demand for face masks among medical staff and people will soar even higher," Surasak Lilaudomlipi, director of Ramathibodi Hospital, which had earlier nearly run out of surgical face masks.

"The government should solve this shortage problem immediately and make masks available to all sectors,'' Dr Surasak said.

Atsadang Ruayarjin, deputy director-general of the Disease Control Department, said people don't just need face masks and hand sanitisers to protect themselves, but must also be educated on how to use the masks and wash their hands correctly.

The ITD, which is overseeing the supply of masks, has come under criticism as people wonder why the millions of masks that authorities claim are being produced aren't reaching them.

"The masks have not gone missing," department chief Whichai Phochanakij said, arguing the supply cannot meet rapidly rising demand. With fear over Covid-19 rising, more and more people are purchasing surgical masks, when in reality they can still use washable cloth masks, he said.

This is leading to an "artificial demand", with many people purchasing masks even though they are not patients, medical staff or officials or employees who screen or work with foreigners.

Ordering manufacturers to produce more is not easy either because they need to import raw materials from China.

On Feb 4, the ITD first limited the export of face masks and required businesses wanting to send shipments of more than 500 masks to seek permission first.

However, as shortages continued, it decided to ban exports and take complete control of domestic mask production.

Yet the situation did not improve, so the department adopted more stringent measures on March 9 and put a price cap on surgical masks of no more than 2.5 baht a piece.

"We also told factories to focus on producing the green surgical masks," Mr Whichai said, adding that help from soldiers to oversee the distribution will gradually ease the shortage.

He added the daily production capacity has risen from 1.2 million to 1.71 million as of Friday and these numbers will rise further once China starts exporting raw materials again.

As for the 200 million face masks in stock, Commerce Ministry's permanent secretary Boonyarit Kalayanamit told a TV show last week that this number was just an "estimation" based on available raw materials.

He added that when demand rose dramatically, the production capacity of the 11 factories had become too small to serve everyone.

Critics, however, are not convinced the shortage is caused by the dramatically high demand. They believe some traders are hoarding thousands to resell in the black market or for export. Some are even accused of colluding with high-fliers in the government.

He said this shortage has forced his hospital to order masks online and pay as much as 790 baht for a box of 50 pieces, versus 33 baht per box before the Covid-19 outbreak. However, he said, the one thing he doesn't understand is how online orders can be fulfilled so quickly.

It seems there's always an "unlimited number" of masks in online shops to be sold at inflated prices, Dr Suphat said.

Saree Ongsomwang, secretary-general of the Foundation for Consumers, also blames the shortage on hoarding by some ill-intentioned traders.

Theparak Surathanond, adviser to the Thai Pharmacies Association, said 3,000 pharmacies under his association are still facing a shortage of face masks even though the ITD has declared surgical masks as controlled items and claims to have 100% control of the production.

"Our members have run out of face masks and hand sanitisers since last month, and have not been able to place orders," he said.

Mr Theparak added that since the beginning of this month, the ITD had promised to supply 25,000 of the 500,000 masks it gets from producers daily to his association at a fixed price of 2 baht per piece. "However, we have not received any from the ministry despite waiting for several days. We don't know what to say when our customers ask why we don't have masks to sell," he said, adding that pharmacies don't want to make profits, they just want to meet the demand of customers during the Covid-19 scare.

"The ministry has set the selling price at 2.5 baht apiece, which means we don't even make our management cost. But we still want to do this for our customers," he said.

Mr Theparak said when his association held its annual meeting at Bitec Bangna last week, it did not have masks for the attendees.

Meanwhile, the Bangkok Post surveyed several drug stores in Suan Luang, Prawet and Lat Krabang districts and found that most of them had run out of all kinds of face masks, respirators and hand-sanitising gel.

A pharmacist in Pattanakarn area said she has been out face masks and hand sanitisers for several weeks now and has not been able to order new stock.

"I've called on suppliers to send me new supplies, but they say the demand for medical masks and hand gels at present is far outpacing the production," she said.

Another pharmacist at a big store in Lat Krabang area said she has been asked by some customers why pharmacies don't have these products to sell, when they can be easily bought online.

"We are now selling cloth face masks as an alternative because we don't know when the surgical green masks will be available again," she said.