When in drought, bank on water
Thailand
Special Report

When in drought, bank on water

Yotsaphon Bunsinprasit, a 29-year-old man from Kamphaeng Phet's Lan Krabue district, became a full-time farmer two years ago when he took over a 16-rai plot of farmland inherited from his parents. 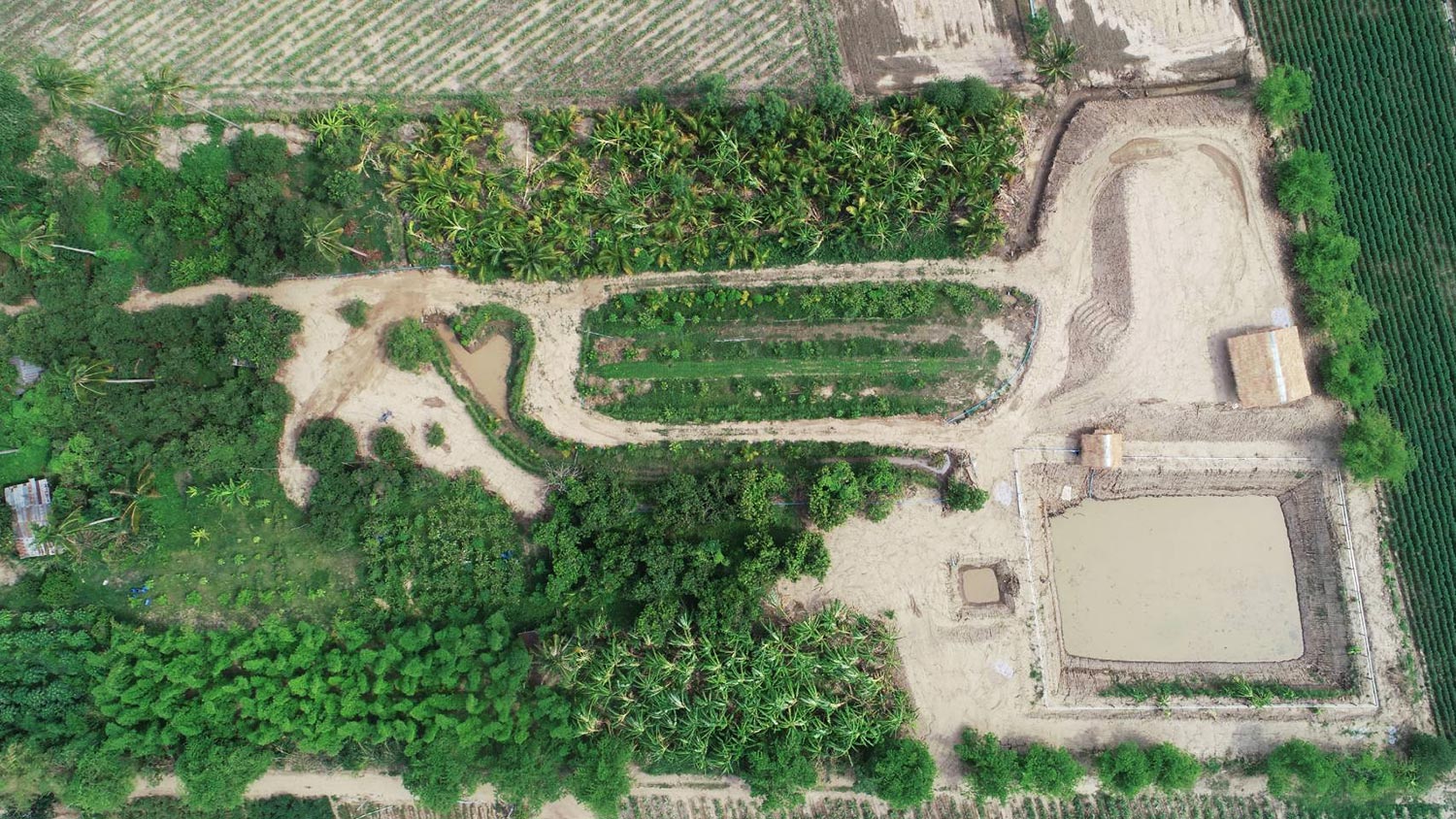 But unlike his parents, who repeatedly cultivated the same cash crops, the young farmer applied a new agricultural theory based on King Rama IX's sufficiency economy philosophy called the Khok Nong Na Model.

"When I was young, I saw my mother rack up more and more debt to fund the growth of these cash crops," he said. "I [vowed] to myself to never be in debt when it was time for me to take over the farm."

Before becoming a farmer, Mr Yotsaphon worked in a factory after high school, but the job did not work out.

He then joined a team at a centre in Nakhon Sawan that focused on artificial rain. Before returning home to pursue farming, Mr Yotsaphon attended an 11-month training course on sustainable agriculture in Japan.

He did not know it at the time, but this move would inspire him to follow in his parents' footsteps.

At the centre, he learned about King Rama IX's sufficiency economy philosophy and was amazed by the knowledge the late king left for his people.

King Rama IX's Khok Nong Na Model refers to the application of indigenous farming wisdom to produce a modern-day farming method. The king intended this knowledge for the kingdom's new generation of farmers.

The farming model divides land into four parts: 30% for irrigation water storage, 30% for growing rice, 30% for growing a mixture of plants and the remaining 10% is reserved for residential and livestock areas.

Lady Finger bananas are Kamphaeng Phet's best-known fruit crop and their suckers fetch for high prices because they are much sought-after. The suckers sprout out when a banana tree matures, typically after three months of growing. Mr Yotsaphon sells the suckers on social media sites like Facebook.

The farm business was going well although Mr Yotsaphon at the time was concerned about severe drought which often hit vast areas of the province during summer months.

The Khok Nong Na and the Thanakhan Nam Tai Din projects were products of a collaboration between the provincial land reform office and energy firm PTT Exploration and Production (PTTEP).

Eleven farms have joined the Khok Nong Na Model project which has received more than 1.6 million baht in funding provided by the PTTEP since the project was created in 2017.

The underground water bank, which debuted in 2018, has received about 800,000 baht in funding.

Mr Somsak said the underground water bank idea is rooted in the knowledge that surplus water in the rainy season can be retained underground. There is often enough supply of such water to be pumped and used throughout a dry season, he said.

As a rule of thumb, dig several wells between 7 to 10 metres deep close together and connect them underground, Mr Somsak said.

At those depths, water is well retained in an aquifer layer. The method also draws more underground water. When the water from the wells is drawn up for use, underground water will automatically seep into the wells to replenish the supply that was pumped out.

"Our experimental project in Kamphaeng Phet has proved that the wells are capable of supplying water to farmers throughout the dry season," Mr Somsak said.

Ms Khwanruen said she built wells using the same model for her 13-rai plot of farmland. The wells, about 10 metres deep, are scattered over an 800-square-metre area.

"The water in these wells is more than enough to cover my entire farm," she said. "There's even some left neighbouring farms."

She noted that before she constructed the underground water bank, her farm was too dry to grow any crop.

With these wells in place, she can now farm crops all year long. She now earns regular income from her farm throughout the year.

"This underlines my gratitude to the late King Rama IX and the new knowledge about the agriculture and sufficiency economy he had created and left as a legacy for everyone," Ms Khwanruen said.

"As more water is stored up, I've been thinking about growing more rice," he said.

"Yes, it is still an experimental project, but once it eventually proves successful, it will become a guideline for other farmers to achieve sustainable farming," said Veerawat Aumsoi, vice president of PTTEP's S1 Production Operations Department.