The Netflix limited series The Serpent has revisited the crime spree of conman and killer Charles Sobhraj who was linked to the unsolved murders of Western tourists on the so-called Hippie Trail of Southeast Asia in the early 1970s.

The Serpent is a co-production between BBC One and Netflix and made by the UK-based Mammoth Screen. The series is based on the true story of merciless serial killer Sobhraj (played by Tahar Rahim), who was born to a Vietnamese mother and an Indian father in Vietnam.

He was nicknamed "The Serpent" because of his snake-like ability to avoid detection by authorities. He travelled to many countries while stationed in Bangkok and had a partner who was madly in love with him and helped him murder his victims who were all Western backpackers.

It is believed that Sobhraj killed at least 20 tourists in South Asia including 14 in Thailand. Currently, he is 77 years old and has been serving a life sentence in Kathmandu, Nepal, since 2004.

After the Bangkok Post printed a front-page story in 1976 titled "Web of Death", reporting on the killing spree, Thai police issued an Interpol notice seeking his arrest.

The series focuses on Sobhraj's crimes in Thailand and the dedication of Bangkok-based Dutch diplomat Herman Knippenberg (played by Billy Howle in the series) to unmask the criminal mastermind. It quickly gained a big following among Thai viewers. 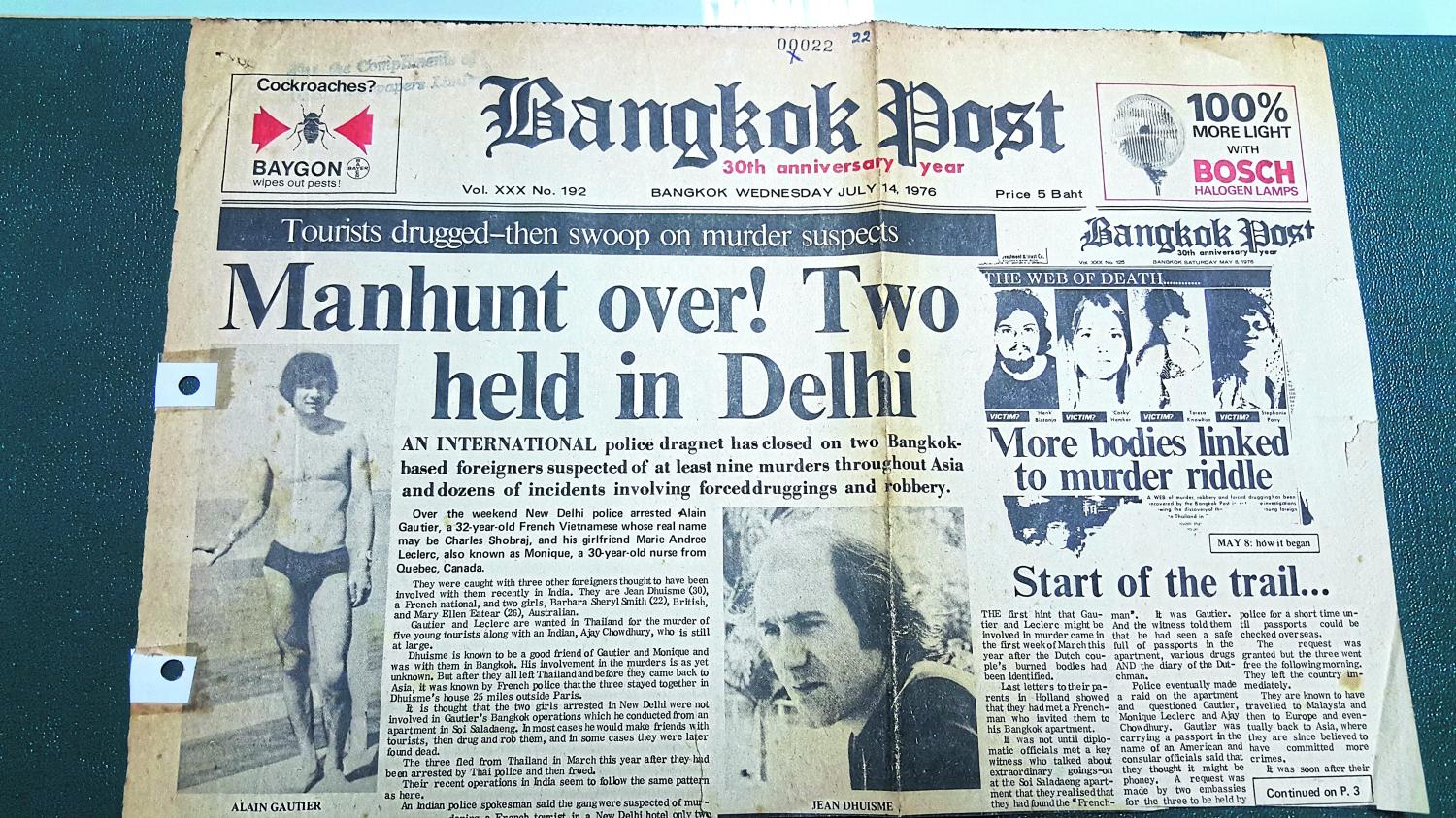 MASSIVE NEWS: The front page of the 'Bangkok Post' in 1976 reports on the crime spree of a man later dubbed by the press as 'The Serpent.'

Even though the role of Pol Col Sompol in the miniseries is minor, his work eventually put Sobhraj on Interpol's radar and triggered the manhunt for him and his partner Marie-Andree Leclerc (Jenna Coleman).

More than 40 years later, the Bangkok Post interviewed Pol Col Sompol, whose rank is now Pol Maj Gen, in light of the mounting interest in the crimes following the broadcast of the series.

"Back in those days, I really wanted to see him put on trial here and pay for what he did to those tourists. But I have had to let that go. The statute of limitations on his case here has long expired," said the 90-year-old retired officer.

Pol Maj Gen Sompol says investigating crimes linked to foreigners some 40 years ago was no easy task for the Thai police partly due to language problems and that led to some suspects walking free.

He said he got wind of Sobhraj's crimes from his wife, Nicole Suthimai, a French woman who at that time was working at the United Nations.

Word had already been spreading in the expat community over missing Western tourists, more than 10 of whom were later found to have been killed in a condominium in Bangkok. Pol Maj Gen Sompol said he was doubtful at first until a friend of his wife asked him to find a female relative who had gone missing here.

"Then I saw a news story in the Bangkok Post and a picture of a woman found dead on Pattaya beach. I urged the friend of my wife to check out the victim's body at the Police Hospital," he said.

It turned out the victim was the missing relative and Pol Maj Gen Sompol was contacted by Interpol to help investigate and locate her boyfriend, a Turkish man. He found out the couple had never checked out from their hotel in Pathumwan.

While on vacation in Chiang Mai, he saw the pictures of foreign victims on the front page of the paper and decided to return to Bangkok only to be told that the Dutch embassy had dismissed the news report as fiction.

Certain it was not a made-up story, he asked to see Pol Gen Monchai Phankhonchuen, the director-general of the Police Department, and head of the police force at that time. He was assigned to the case and told to form a team of investigators from various units.

Pol Maj Gen Sompol said he went to the Dutch embassy where he met Mr Knippenberg for the first time and was unaware that the diplomat had been on Sobhraj's trail.

Mr Knippenberg was reluctant to share information, possibly because he did not trust the Thai police, Pol Maj Gen Sompol said.

"He wasn't happy with the police because Sobhraj had been brought in for questioning but released. We found out the investigators didn't examine his passport thoroughly. He was using someone else's, and they believed he wasn't the man they were looking for," he said.

According to Pol Maj Gen Sompol, he learned from a source in Malaysia after Sobhraj fled that the Frenchman had bribed Thai police to look the other way while he made his escape.

The retired officer said the investigation made progress thanks to the massive amount of information collected by Mr Knippenberg. Eventually an arrest warrant was issued for Sobhraj and his girlfriend who were captured in India after travelling around South Asia on fake passports.

"We couldn't bring them back here. To my knowledge when he was jailed in India he bribed the guards and lived like a king. He was paid by journalists who wanted to use his story to write books. He was actually really scared to be sent back to Thailand and did all he could to dodge extradition."

Pol Maj Gen Sompol had been a law student at Thammasat University but decided to pursue a police career after becoming involved in a brawl.

He joined the force as a non-commissioned officer and worked at the Special Branch Police for two years before winning a scholarship to study in the UK. He returned to Thailand four years later and assumed a deputy inspector post.

His attention then shifted to the Thai Interpol bureau, a small unit with only four staff under the Police Department. There he became a deputy inspector responsible for the US and Europe.

The work, which mostly involved meetings and writing reports, bored him, so he approached his supervisor and asked if it was possible for him to join some investigations as well.

With help from the Japanese embassy, the unit was kitted out with radio equipment and telex machines which made their correspondence with other countries more convenient.

Pol Maj Gen Sompol received a two-step promotion for cracking the Sobhraj case and was transferred to the Immigration Bureau -- a move he was not happy with.

He had loved his job with Interpol and this case had put the Thai bureau on the map and brought global recognition. In fact, he was to later return to the unit, which had become known as the Foreign Affairs Division, and retired as its division commander. 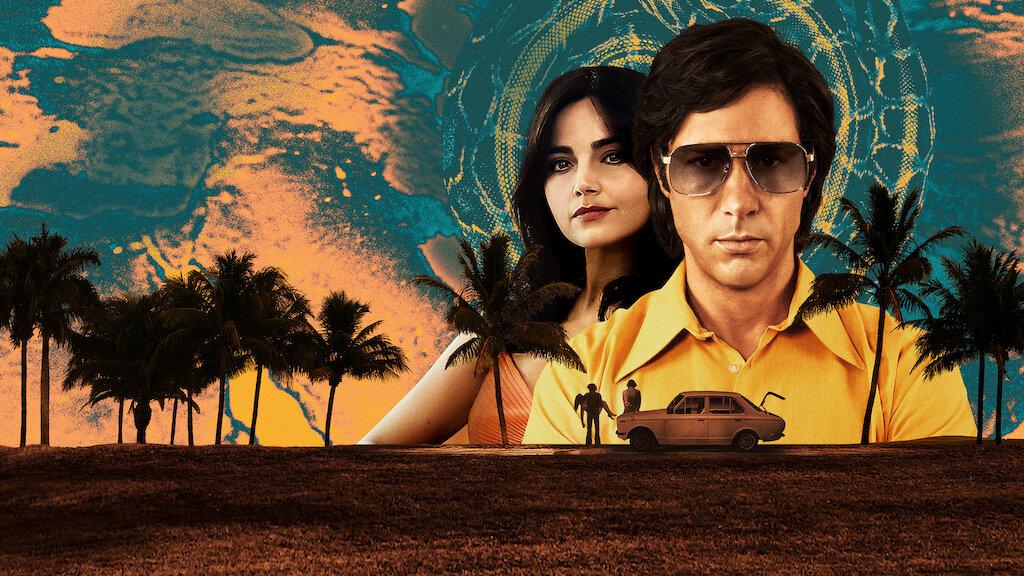 When BBC One and Netflix decided to produce the miniseries, he and his wife were invited to spend a week in London where he was reunited with many others who had been involved in the pursuit and capture of Sobhraj.

"My first thought was what for? I barely remembered anything. The case file I left at my office is gone. People there can't locate it," he said.

Pol Maj Gen Sompol said that although he moved on from the Sobhraj case he remained connected with many of those involved in solving the crimes.

He says he watched the miniseries and noticed some of the details were "a little modified", although he was involved in the shooting of the scenes involving his character and provided input.

In one particular scene, in which Mr Teerapat meets Sobhraj in a prison in India, he observed that the character was being too soft on the inmate so producers altered the tone of the exchange.

Asked if he had advice for the current ranks of the police force, the retired officer said: "Be focused and attentive to the evidence. And keep it safe. Look at what happened to the evidence I thought I still had. It's gone." 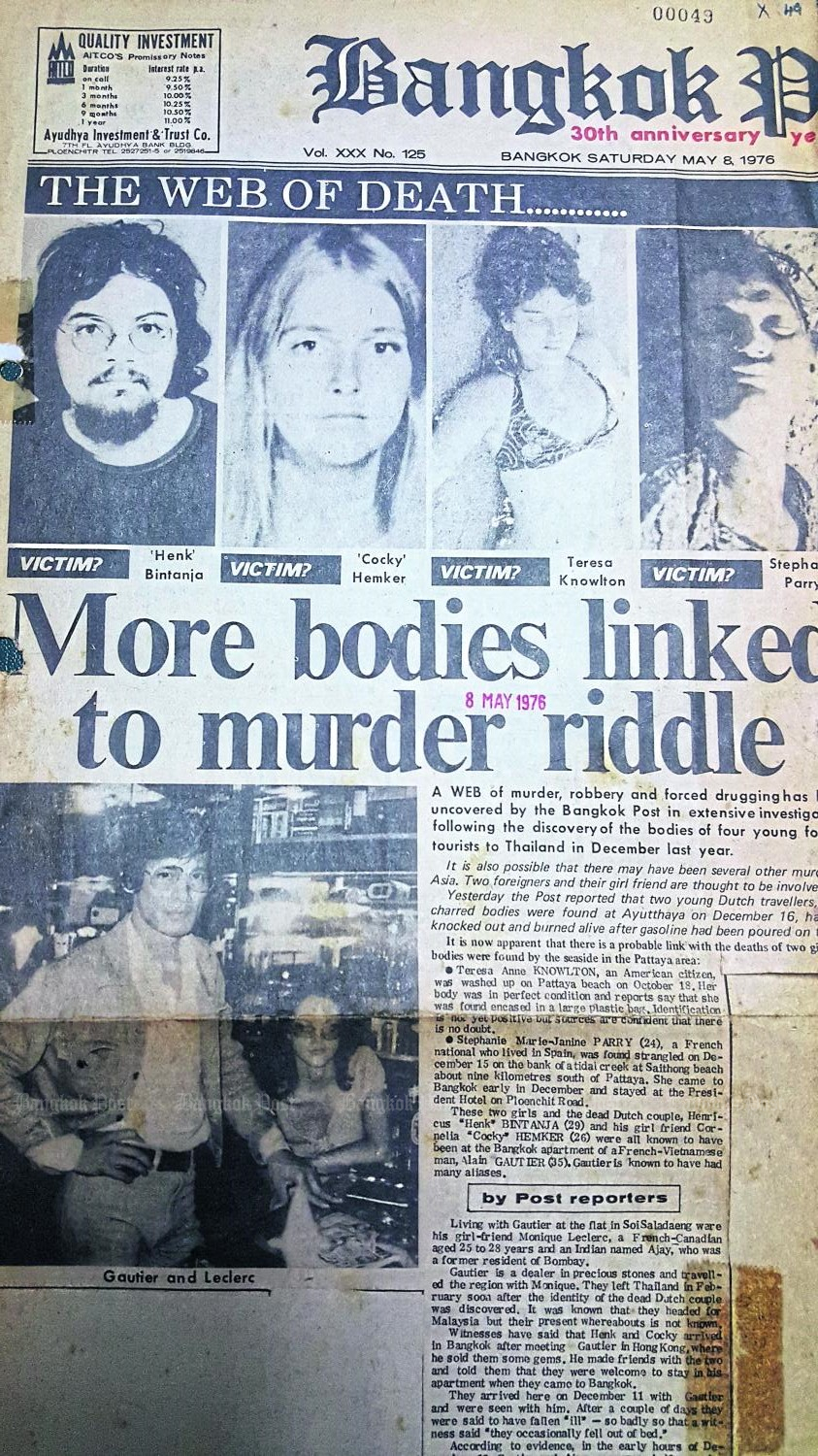 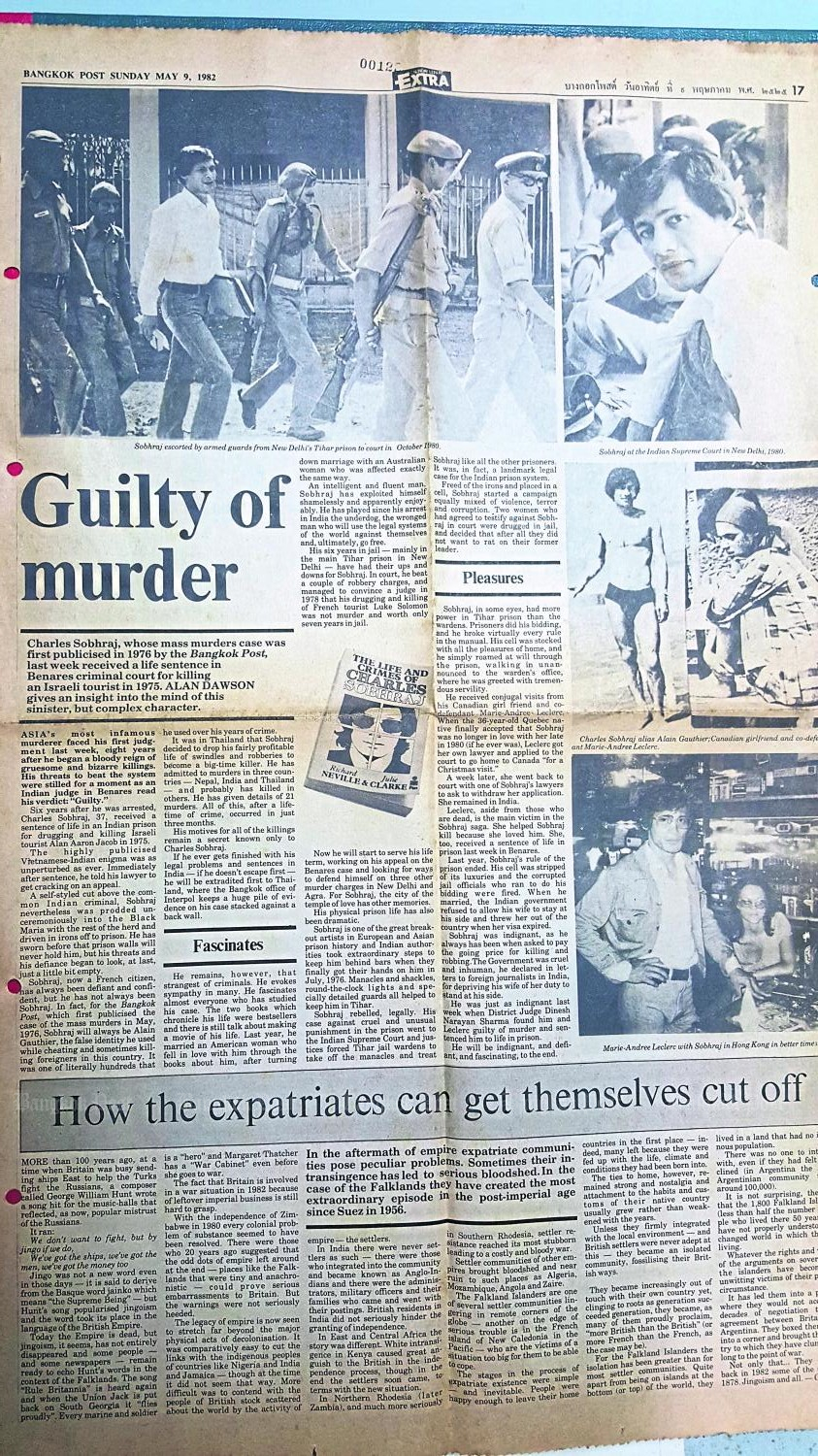