Plainclothes police search a house in Nakhon Si Thammarat where they found several firearms. The officers examined gun possession documents held by the owner. photos by the CSD

Nakhon Si Thammarat has been known the country's most murderous province since the beginning of the year, an unenviable title believed to be fuelled by a high rate of household gun possession, according to the Crime Suppression Division (CSD).

The CSD has been alarmed by the growing record of intentional killings in Nakhon Si Thammarat, which is known as one of the South's economic powerhouses.

In all, there have been 39 murders so far this year, or 5.5 victims on average per month, giving it the dubious title of Thailand's murder capital for 2021.

Investigators discovered most killings were non-premeditated or contracted.

"If we let the crime go unchecked, we might see 100 murders by the end of the year," he said.

The CSD and local police have been rummaging through all the available data and investigation reports to identify any common factors and help stem the tide of blood.

In the meantime, police are conducting more house and property searches for weapons to keep them out of the hands of people prone to violence in the heat of the moment.

Of the 39 murder cases this year, suspects have been arrested in 34 cases, with a further identified who have so far evaded capture.

According to the CSD, firearms were used in 27 cases, and knives and sharp objects in the rest.

The motives are yet to be established in the remaining 15.

In the old days, Nakhon Si Thammarat was home to many hitmen, he said, but more recently it has gained fame as a trading hub for amulets and objects of reverence, such as the Jatukham Ramthep talisman and Ai Khai, the country's most popular child spirit at Wat Chedi in Sichon district.

Pol Maj Theerayut Thairat, chief inspector at the CSD5, said most households in the district had access to firearms -- some inherited and others more recently acquired.

Many feel the need to carry guns for personal safety during their rubber tapping work at night or when they go out to inspect their orchards.

The majority of guns are legally registered, and each household has on average 2-3 guns, according to police searches across the province in the past two months.

With guns so easily at hand, simple arguments can turn violent or even deadly, Pol Maj Theerayut said, noting some Nakhon Si Thammarat natives are hot-tempered, which does not help the situation.

"Shooting incidents are mostly aggravated by arguments or fights. In many cases, the conflicts pit relatives against one another," he said.

Several arose from unresolved disputes over inheritances and even disagreement over land boundary designation.

"There's a saying that it's easier to clear the air with the dead than the living," Pol Maj Theerayut said.

He has learned that many Nakhon Si Thammarat natives studied law as a hobby and in many criminal cases the suspects tended to surrender believing they knew enough about the law to argue their way out of facing harsh punishment.

Some were also known to have sold their rubber farms to raise funds to pay expensive lawyers to defend them in murder trials.

He added the economic downturn has ignited personal conflicts, which are often settled using violent means, and contributed to the drug trade and trafficking. 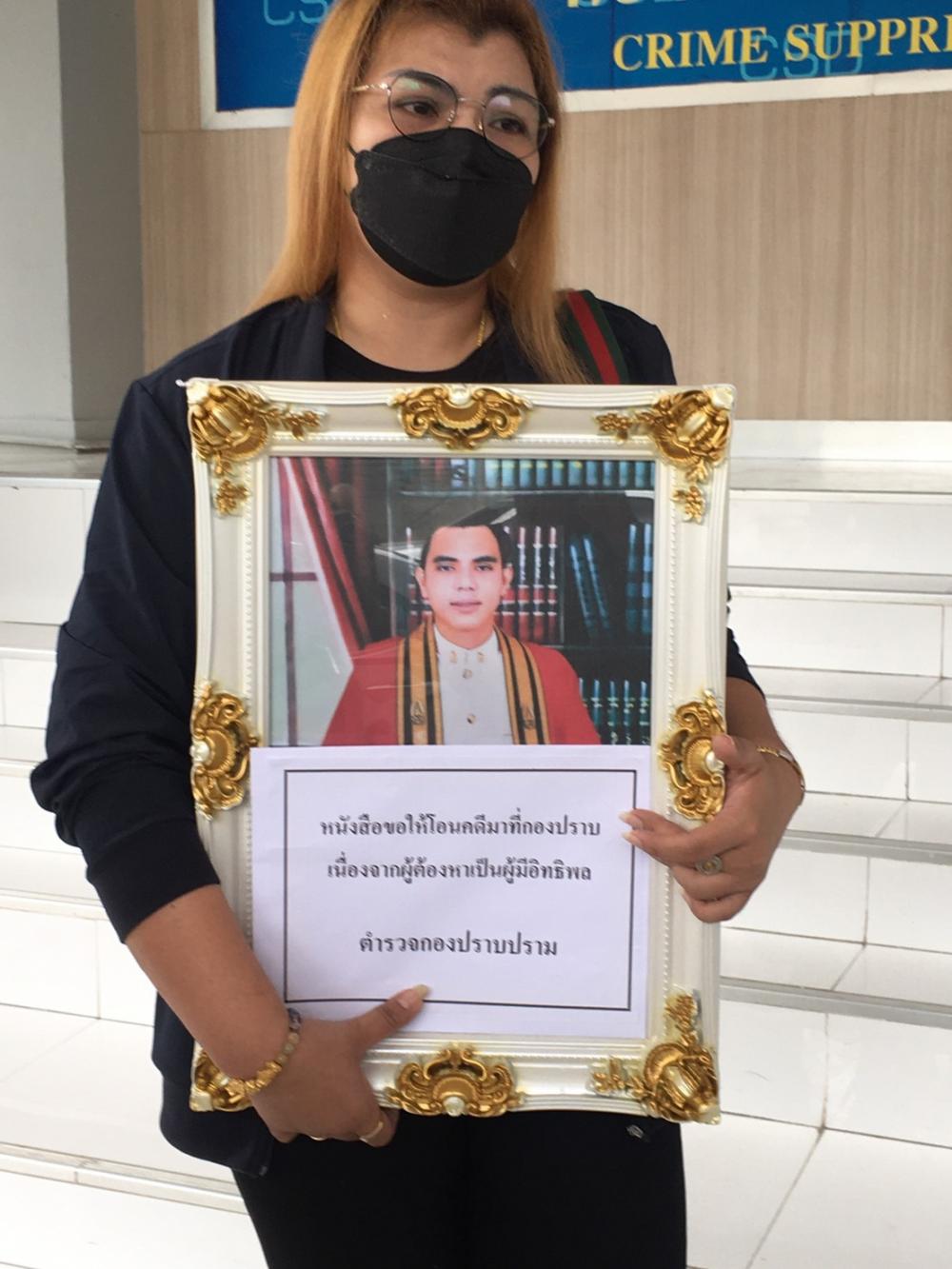 Thanyapan Makchuay, 42, holds a framed picture of her young brother, Tinnasarut, who was allegedly shot dead by the driver of a local politician in Nakhon Si Thammarat, as she seeks justice with the Crime Suppression Division.

In the latest murder case on Aug 11, 42-year-old Thanyapan Makchuay, a Nakhon Si Thammarat native, reported to the CSD that her brother Tinnasarut Makchuay, 28, had been shot dead by the driver of a local politician in Tha Sala district.

Her brother sustained 10 gunshot wounds in the shooting that took place not far from Tha Sala police station.

Two suspects connected to the murder gave themselves in to police and were remanded in custody.

Ms Thanyapan said her family felt unsafe because the suspects are underlings of an influential man.