Laos-China rail a boon for Thais

Also known as the Vientiane-Boten railway, the 422km electrified railway is part of China's Belt and Road Initiative. It runs between the Lao capital of Vientiane and Boten town in northern Laos bordering China.

The railway forms a section of the Kunming–Singapore railway project which connects Kunming, the capital of China's Yunnan province, with Singapore, through Laos, Thailand, and Malaysia.

Opened on Dec 3 last year, the Laos-China railway offers a cheap, faster and more efficient travel mode and helps slash travel time to only one day compared to 3-5 days by road. 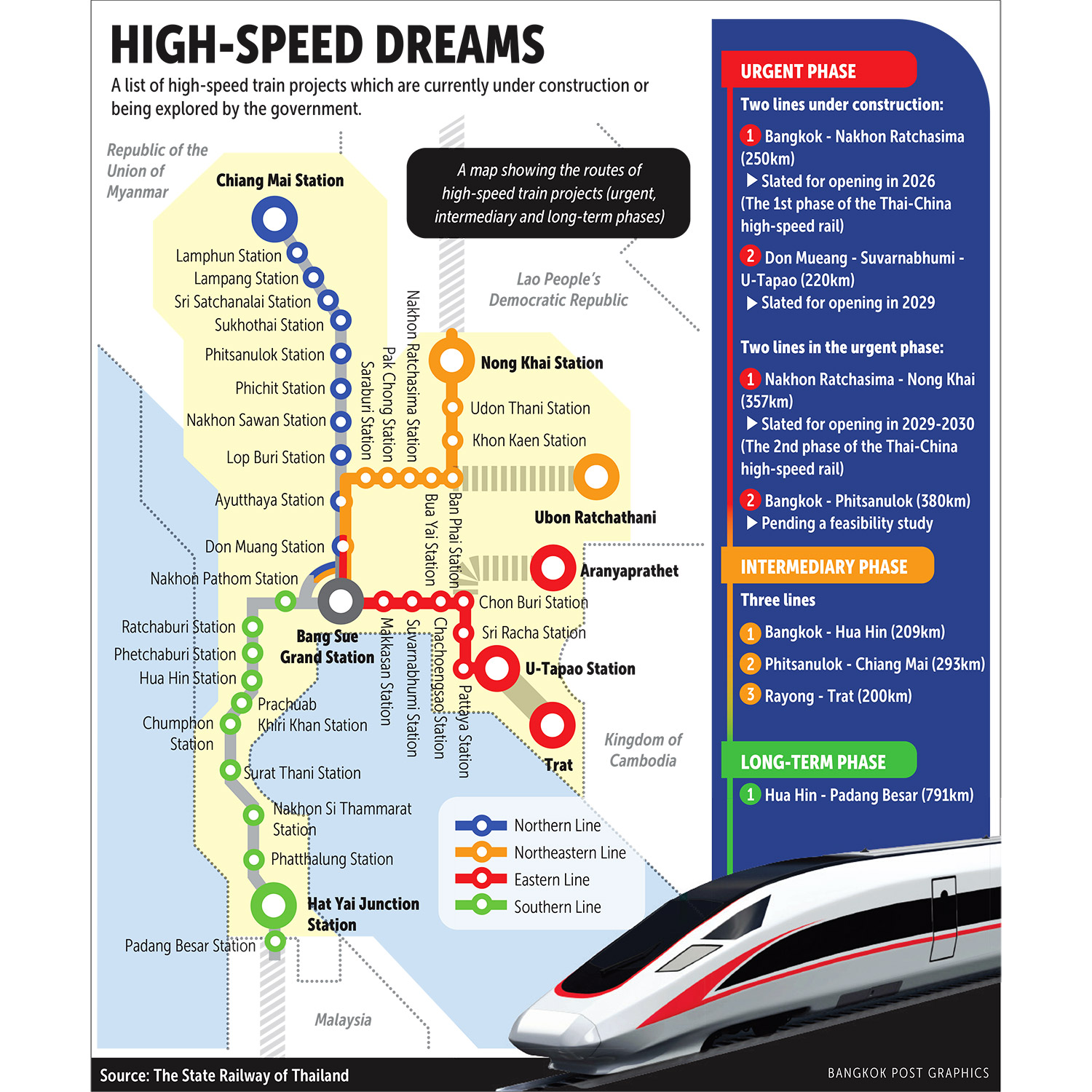 It also offers visitors, particularly from Thailand, the chance to visit Luang Prabang which is listed as a Unesco World Heritage site and is one of the stations along the line.

Between May 9 and July 31, when Laos reopened the country, some 250,000 tourists from the Thai side of the border visited the neighbouring country. A similar number of visitors from Laos also crossed the border into Thailand, say immigration officials at the Thai-Lao Friendship Bridge in Nong Khai.

The logistics park and dry port opened on Dec 4, 2021, the day after the opening of the railway.

Tee Chee Seng, vice-president of Vientiane Logistics Park Co, which was granted a concession by the Laos government to develop and operate the project, told the Bangkok Post the logistics park and the dry port have facilitated cross-border logistics and freight shipments from Asean via Thailand to Vientiane.

From Vientiane, freight containers will be transported on cargo trains along the Laos-China railway to its northern end bordering China within three days, he said. 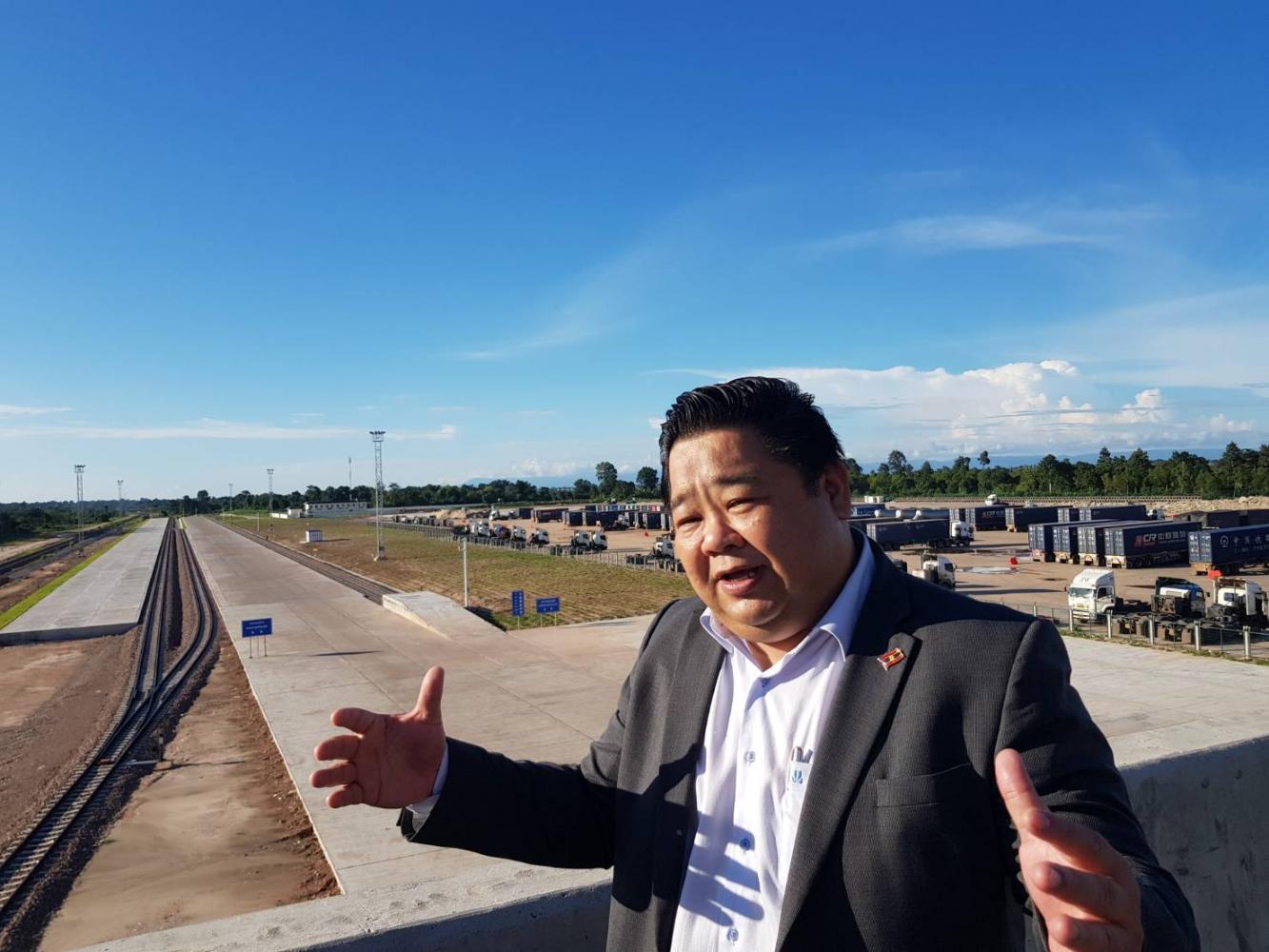 "This service is beneficial especially for agricultural produce as the freshness of the goods is retained when they reach consumers in China." — Tee Chee Seng, Vice-president of Vientiane Logistics Park Co

"This service is beneficial especially for agricultural produce as the freshness of the goods is retained when they reach consumers in China which is a major market for this kind of product," Mr Tee said.

"Fresh products fetch good prices. Those who benefit from quick transport are consumers and farmers."

Covering about 2,000 rai, the US$727-million (26.5-billion-baht) logistics park and dry port project has four phases expected to be finished in 2027. The first phase is nearly complete, Mr Tee said.

When the fourth phase is finished, the project is expected to boost trade and investment and create more than 20,000 jobs, he said.

The logistics park and the dry port are located in a specific economic zone in Vientiane.

Apart from the dry port, the VLP also has the infrastructure for cross-border logistics, with a customs clearance system, a transit yard for freight containers, warehouses, a train station and facilities for cross-border shipments.

In the future, a factory will be built to make goods for domestic consumption as well as export them. This will help scale down Laos' dependence on imports and boost its economic growth, Mr Tee said.

"The Thanaleng Dry Port project is based on a study by the Japan International Cooperation Agency. It is intended to accommodate freight containers from Thailand at a rate of about 800 containers per day," Mr Tee said.

"The project was conceived even before the Laos-China railway. The opening of the railway has underscored the dry port's strategic importance in terms of the economy and trade," he said.

During the first half of this year, the value of cross-border trade between Thailand and Laos was estimated at more than 120 billion baht.

This is expected to increase to 200 billion baht in the latter half when more border passes are expected to reopen for cross-border trade.

Mr Tee said China is not the final destination for all the goods transported via the dry port in Laos, as they can be carried further along the China-Europe rail line to European markets.

Freight from China will also be transported via the dry port to Thai customers along the Laos-Thailand railway -- a project under construction, he added.

In the future, further rail links will also be forged to deliver goods further down to customers in Malaysia, Singapore and Indonesia, he said.

A railway project connecting Vientiane to the Vung Ang sea port in Vietnam is also in the pipeline, which would enable the shipment of goods to Japan, Hong Kong and the US, he said.

Mr Tee said that early this month, authorities from Malaysia signed a memorandum of understanding on good shipments through the dry port with the company.

"This bodes well for the future of better connectivity among Asean countries as well as improved links with China, Europe and other regions through cost-effective, convenient, fast and safe railway networks, which in turn will boost trade and growth," he said.

Asked whether Laos' ambition to become a regional land link with the dry port project will spark rivalry with neighbouring countries, particularly Thailand, Mr Tee said: "We don't see ourselves as anyone's rival.

"We only want to establish a link to help move goods from producers to customers faster. This will benefit everyone -- consumers, sellers and farmers. All sides will be happy."

The Malaysian delegation said the country wanted to establish a rail link with Thailand's high-speed rail system to connect to Laos and China.

It has also backed a proposal by Thailand for a joint panel to work on high-speed rail links connecting China, Laos, Thailand Malaysia and Singapore.