The maid-abuse scandal has revealed many layers of bureaucratic malaise which are perpetuated by a patronage system that eats away at meritocracy.

When the story of Pol Cpl Kornsasi Buayaem, 43, beating her maid, 32, found its way to social media, people were enraged. When it was suggested that the corporal might be a love interest of a married senator, people saw it as a juicy distraction. 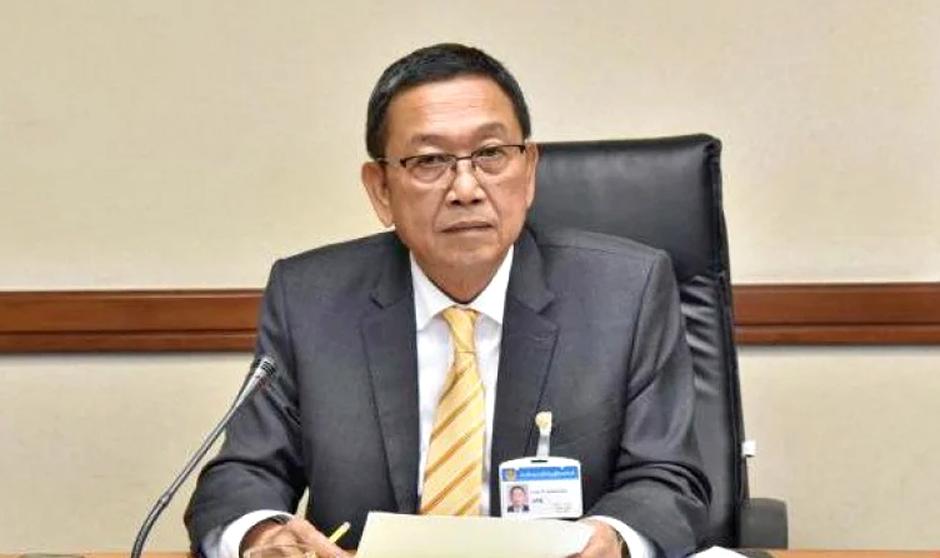 But it was not until the truth was exposed -- that she was recruited into the police force allegedly through a high-level connection despite being unqualified for the job, sent to the far South to fill a non-existent work assignment, and arranged for her maid (whom she assaulted) to land a Royal Thai Army job by means of a connection -- that the seriously-ill state of the bureaucracy was laid bare, one where cronyism, corruption and even authoritarianism are thriving.

Pol Cpl Kornsasi was recruited by the General Staff Division of the Special Branch Bureau of the Royal Thai Police when she was 39 years old even though the maximum age for the position was limited to 35.

She had a squad leader's position and was later transferred to the Special Branch Bureau's 1st Division. Around the beginning of this year, she was assigned to perform temporary duty at the Internal Security Operations Command (Isoc)'s Region 4 Forward Command of the Royal Thai Army.

Sen Thani Onlahiad admitted to previously having a close relationship with the policewoman, but said they had lost contact long ago. He and his wife divorced nearly three decades ago. 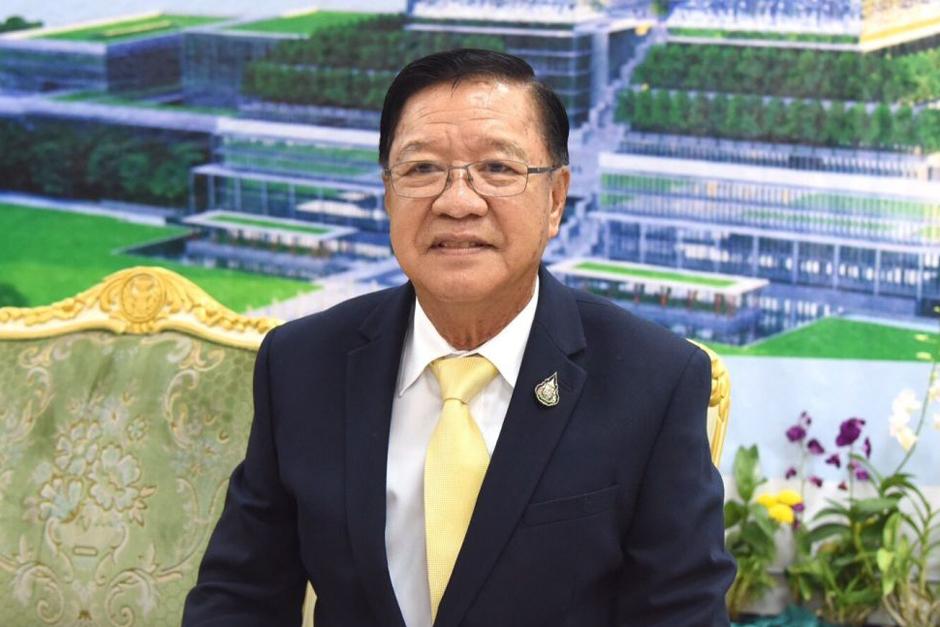 Pol Col Kornsasi's former maid has accused the policewoman of assaulting and torturing her. She had bruises on her arms, legs, lips, chin and back. Her noise was broken twice. Her head was hit and bled.

Her wrist was burnt hit by a hair straightener, and hair was burnt when the policewoman sprayed hand sanitiser on her and lit it.

The House committee on corruption and misconduct prevention and suppression will also call Adm Sitthawat Wongsuwon and Pol Gen Patcharawat Wongsuwon for questioning in alleged connection with helping Pol Cpl Kornsasi and her maid get state jobs as well as several advisory and other positions on Senate committees and a legal affairs committee of the now-defunct National Legislative Assembly (NLA). 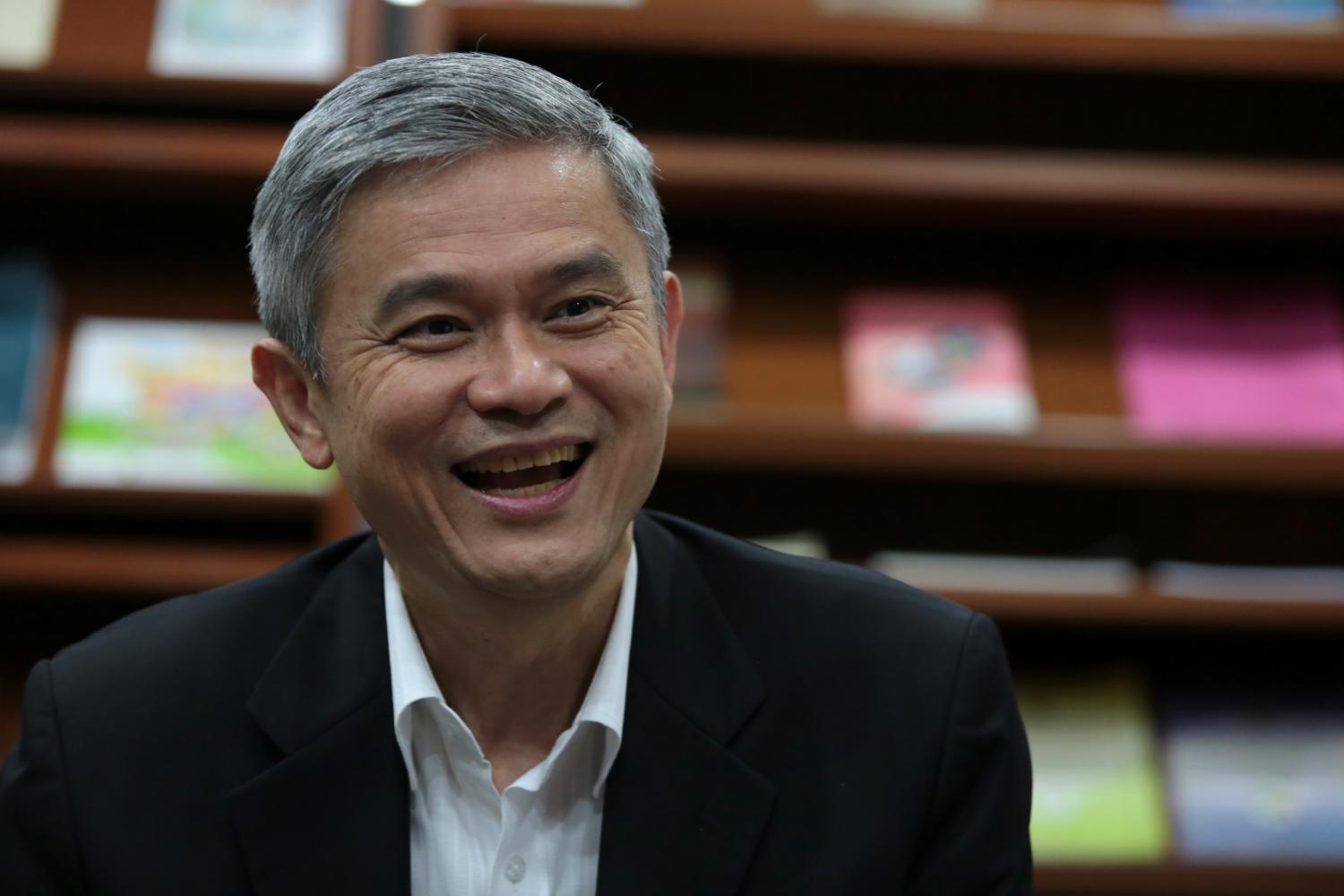 Mana: 'Problem is far from solved'

Several outright transgressions were allegedly committed by the police corporal and those who aided her.

Mana Nimitmongkol, secretary-general of the Anti-Corruption Organization of Thailand (ACT), said the maid abuse saga has scratched the surface of the bureaucracy that is a part and parcel of a deep-seated patronage system.

Certain groups of privileged social elites and those in power capitalise on the system kept alive by the trade of positions in the civil service.

Jockeying for posts is commonplace and involves paying bribes and kickbacks to rise through the ranks, to be someone and go somewhere high.

But the malpractice demands flouting the rules and rejecting meritocracy as it squeezes out capable people. Officials are fixed in the mindset that it pays to advance in their jobs and promotions won't happen unless they have connections. 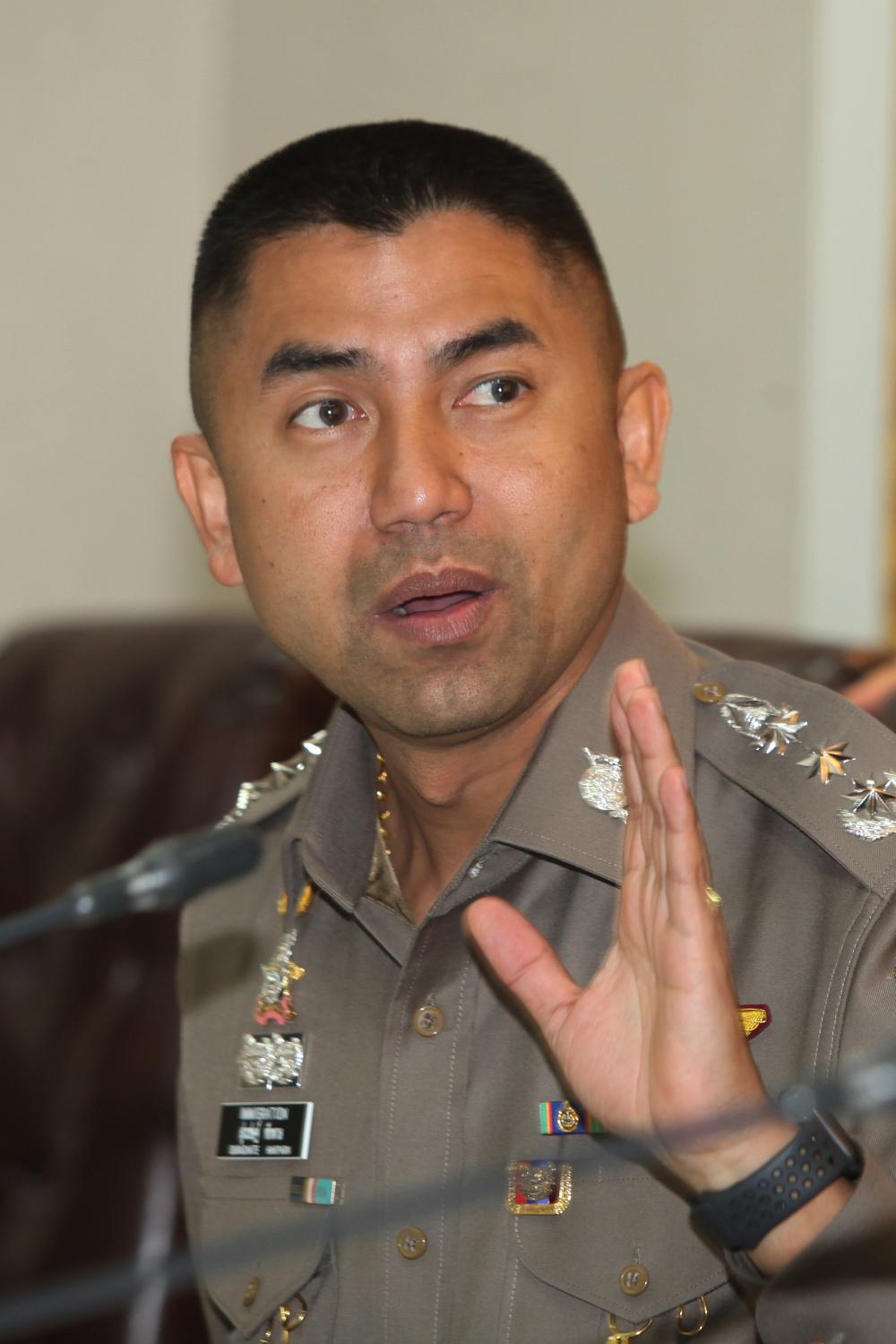 When they reach the top, they expect to enjoy the fruits of patronage, thus repeating the vicious cycle.

The movers and shakers tend to establish a clique with unrestricted access to political and bureaucratic power which is often exploited to help those in their circles, who in turn work to secure the patronage system.

"The problem is far from solved no matter who the government of the day is, be they elected or the product of a coup," Mr Mana said.

The issue seems even grimmer considering it is no easy task keeping the cliques in check and most state officials are reluctant to be whistle blowers, fearing reprisals that threaten their career advancement. 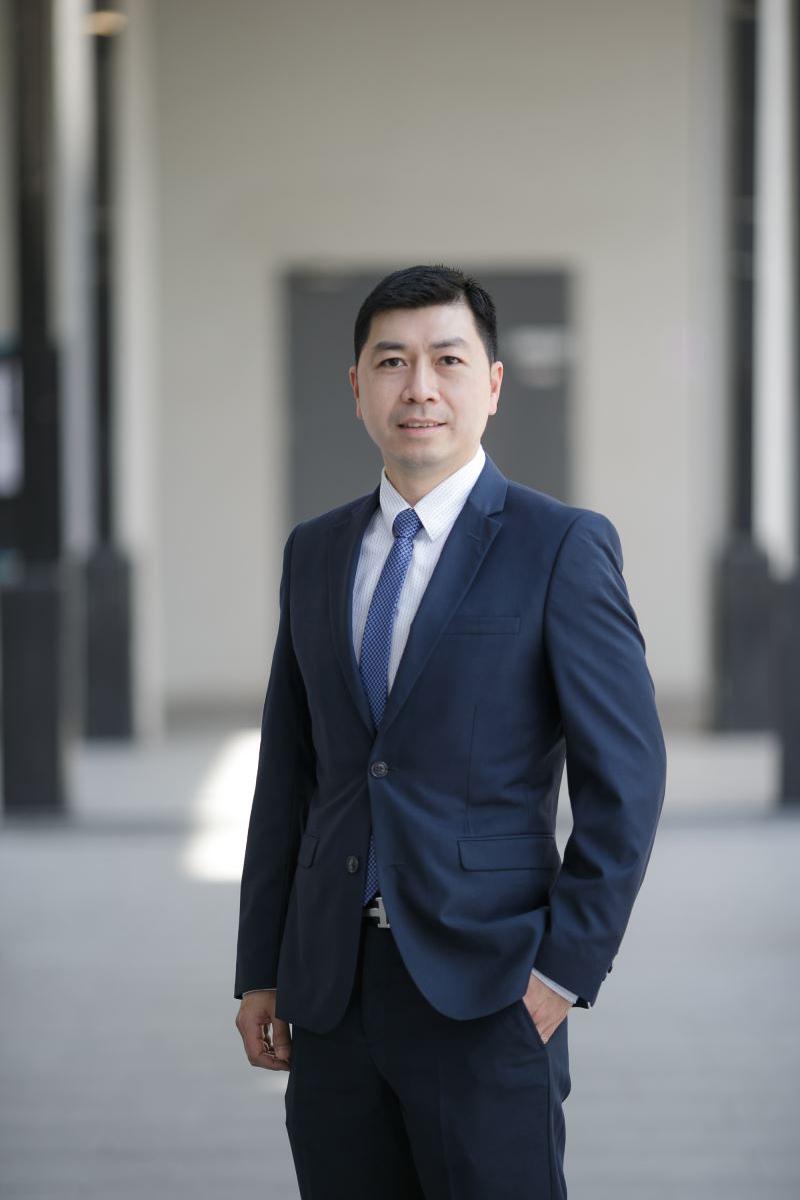 The ACT secretary-general said the laws are written with leeway that allows authorities to exercise their judgement in certain situations.

Through the gap in laws, authorities are free to find justifications to lessen punishment or let offenders go scot-free.

In the maid abuser case, the police corporal was accepted into the force despite being too old for the job. But the recruiters have argued that the unit may still offer a job in cases where they need a specialist and Pol Cpl Kornsasi was given contract in accountancy, an area where they were short-staffed.

However, Mr Mana accuses the police of failing to state the qualifications of the job applicants and whether they were seeking someone who specialised in a specific branch of accountancy.

He noted that even the spokesman who divulged recruitment details of the disgraced police corporal was apparently not well-informed.

People who listened to the briefing may not find it easy to follow the story when the information comes across as incoherent. "It's a popular tactic employed by some state offices and politicians to confuse people so they can't question or criticise," Mr Mana said.

However, even when there is clarity in the message put out by officials or politicians, some people prefer to keep quiet, forging a code of silence.

The powers-that-be also declined to provide information, provided irrelevant information or evaded the point altogether -- a practice that occurs so often that people lose interest and can't be bothered monitoring the occupants of public office.

The public must be given broader access to information on how civil servants and politicians manage budget matters and execute their duties, believes Mr Mana. But they must know there will not be a backlash against them for obtaining the information or commenting about the subjects of the information.

Mr Mana said it bewilders him why it is taking so long to identify the senator at the centre of the case. 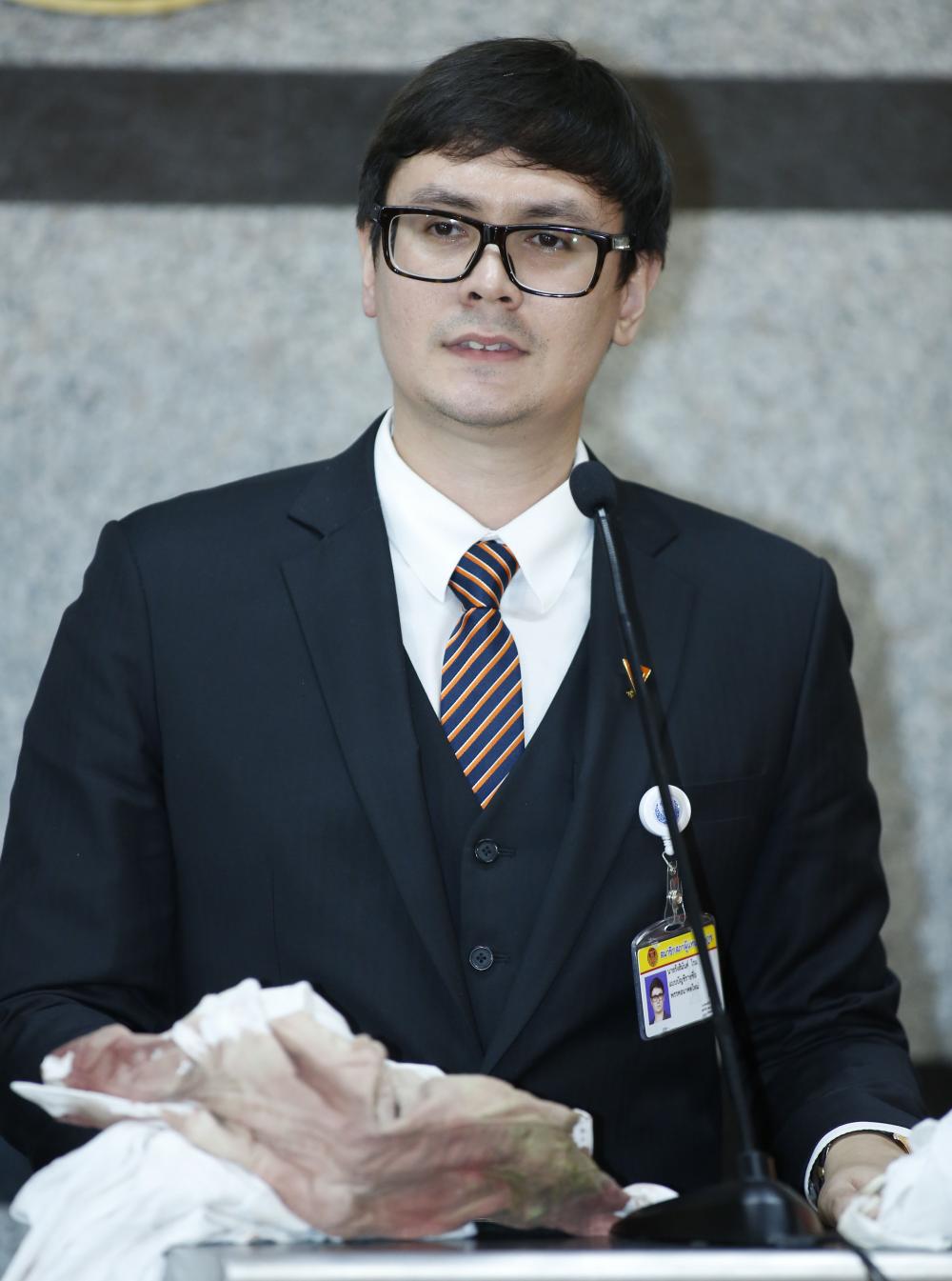 He said it shouldn't be hard to find out which senator appointed Pol Cpl Kornsasi an adviser to the Senate committee on tackling corruption and promoting good governance, for example.

Some phuyai or prominent figures in the Senate may be trying to hush up the scandal by allowing up to 60 days to wrap up a probe into the police corporal's appointment when it should take no more than a few days to find out who is at fault in the matter.

Independent panelists should be named to work on the probe. Even if the findings do not lead to punitive action in the end, at least an investigation by a credible team will have been launched.

Rangsiman Rome, a list MP of the Move Forward Party, said the case may concern one of many "ghost" personnel in the police force who are currently serving in non-existent duties.

It goes to show the force lacks internal checks or its organisational structure might even condone such malpractice.

Evidence in the case reinforces the widespread belief that the police as a law enforcement agency are languishing.

He agrees the connections ethos is the root cause of the problems in the force, which explains how some officers gain employment unscreened, why incompetent individuals are placed in some jobs and why bribery flourishes.

In large part, the bureaucracy underperforms as taxpayers' money is pumped into a cumbersome system which nurtures patronage and cronyism.

The government is not only sitting on its hands but perceived to be part of the patronage system.

The list MP added the system may also be living off illegal businesses such as drug trafficking and underground casinos which operate under the authorities' nose and pay them bribes.

Grey-area businesses including nightlife venues pay the authorities kickbacks to stay open late. "The kickbacks then get passed up the food chain in the patronage ecosystem," he said.

Mr Rangsiman said that in the Kornsasi case, there are possibly more wrongdoers than meets the eye. Isoc had asked the police's permission for Pol Cpl Kornsasi to work in the far South. "The question is who signed that request letter.

"When it was discovered the police corporal never went to the far South to perform her duty, why was no immediate probe launched?"

The MP said many exemptions and exceptions were made for the police corporal, including the recruitment age limit. "But we need answers as to who was behind her recruitment and what jockeying feats had to be performed in bring her in," Mr Rangsiman said.

He called on the police to carry out agency-wide scrutiny of its personnel recruitment for any "ghost" employees and take swift action. The challenge may seem insurmountable to dismantle the patronage system because many people support it while others have grown tolerant of it. 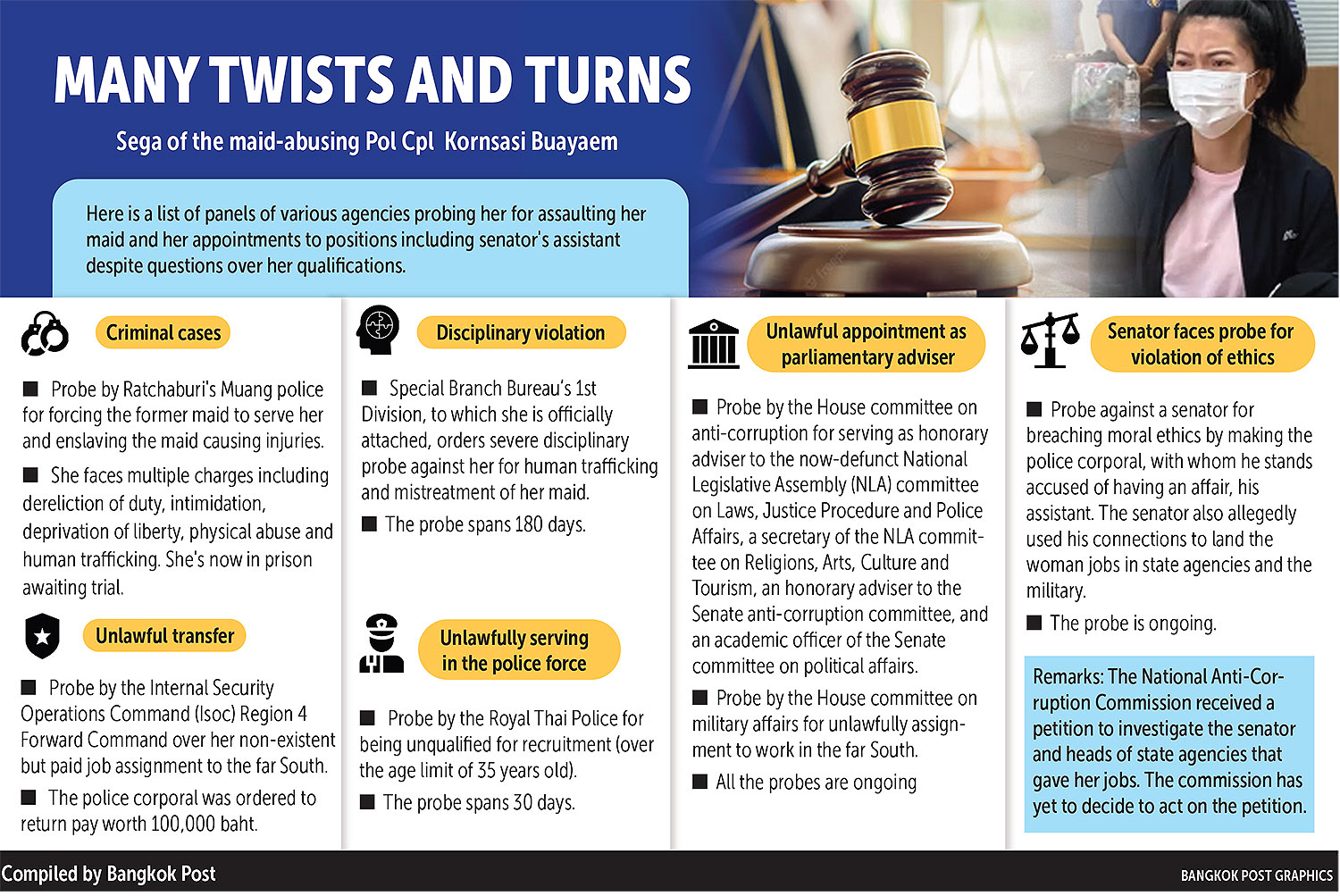 The probe is to determine if the officers broke disciplinary regulations. He said the Royal Thai Police has never hired anyone before Pol Cpl Kornsasi who had exceeded the age limit.

"I believe the recruitment officers will implicate who was behind the police corporal's admission to the force.

"This would not have happened without an order from phuyai. No one dares waive criteria for anyone," he said.

Pol Maj Gen Udon Wongchuen, commander of the Special Branch Bureau's 1st Division, signed an order on Aug 26 to suspend Pol Cpl Kornsasi from duty over her mistreatment of the maid.

Pol Lt Col Krisanaphong Poothakool, assistant to the president of Rangsit University and chairman of the university's Faculty of Criminology and Justice Administration, said the recruitment of police with specialised knowledge often results in those related to high-profile senior police or politicians being hired.

The special method of admission has evolved into a patronage system.

Transparency may be improved by including external experts in relevant fields and members of independent agencies, such as the National Anti-Corruption Commission, in the recruitment committee. "If the police force does not shape up, people will lose faith and will not cooperate with it," he said.