When the unthinkable happens, it pays to be prepared and not make up crisis handling policy on the hoof that can backfire with disastrous results

THAI Airways International flew into a storm of controversy last week after it decided to paint over its name and corporate logo following the crash of an Airbus 330-300 (flight TG 679) at Suvarnabhumi late last Sunday night which left 14 people injured. 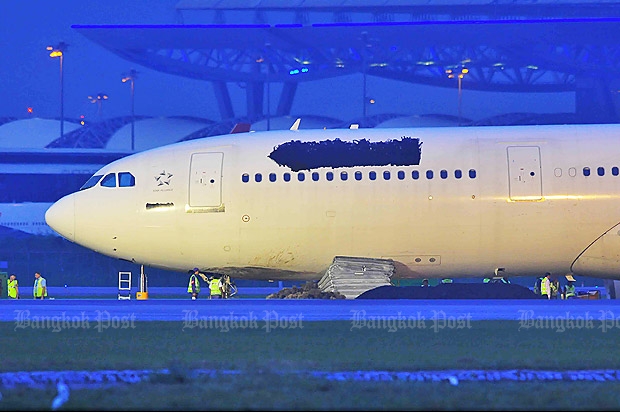 CRISIS UNAVERTED: The THAI logo and name is blacked out on the damaged Airbus A330-300 aircraft that left 40 injured. PHOTO: SOMCHAI POOMLARD

Originally, THAI official Smud Poom-on said that hiding the airline's name and logo was a recommendation from the Star Alliance group known as the ''crisis communication rule'', and was intended to protect the image of both the airline and other members of Star Alliance.

But the airline later issued a statement saying: ''THAI generally practises the de-identifying of an aircraft after an incident (or accident), the company also clarifies that it is not a Star Alliance policy or procedure to de-identify aircraft.''

Star Alliance is group of 28 airlines around the world, including Lufthansa, United, Air China, Singapore Airlines, ANA and THAI.

THAI is not the first airline to paint over its corporate logo following an incident, with Italian and Chinese carriers in recent years coming under criticism for similar actions.

Headquartered in Houston, Texas, it's the biggest and oldest company of its type and its services range from coaching airlines for preparedness for an accident -- including crisis communication management courses -- to recovery of bodies.

During the Asian tsunami tragedy Kenyon rotated more than 900 staff through Thailand and it was involved in cadaver recovery work following 9/11, Hurricane Katrina and the Haiti earthquake.

Kenyon has assisted with care for families, victims and their belongings at air crashes in Greece, the US, Libya, India and Indonesia.

The company's chief executive officer, Robert Jensen, spoke to Spectrum about the THAI crash and the difficulties of handling a sensitive situation. 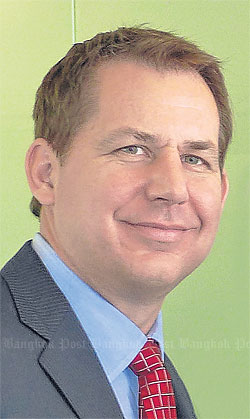 Do airlines follow a ''crisis communication rule'' strategy, and, if so, is it fairly standardised and applied by most airlines?

All airlines should have a crisis communications plan as part of their emergency response plan. There is no ''rule'', but instead actions that are considered international best practice. These best practice standards have been adopted by many international airlines and other industries. Sadly, as you have noted, not all airlines follow them.

Who developed these best practice standards?

Best practice was initially identified and taught by the International Air Transport Association (Iata) Crisis Communications team in 1998. Iata discontinued this service when the entire team transitioned to Kenyon in 2004. Since 2004, Kenyon has shared with the industry and our clients' best practices learned from countless aviation incidents. Tragically these include many loss-of-life incidents.

International aviation typically responds in a more professional manner than US carriers. Major European, Middle Eastern and Asian Pacific carriers tend to be more customer-focussed. They approach plane accidents as humanitarian crises, in which the carrier has significant responsibility in assisting those directly affected and their families. This begins at corporate level.

The United States, for example, was the first country to have a family assistance law, not because the airline industry advocated for one, but specifically because of the atrocious treatment of those directly affected and their families by the airlines in specific accidents.

Does the strategy involve painting over the airline's logo?

No. Covering the logo or other identifying features is never part of a best practice communications plan. The event has occurred, you can't undo it; it is like trying to defuse an explosive that has exploded.

We understand there are other golden rules to handling crashes, such as never allowing a company representative to be filmed near the crash site. Is this so, and what other areas does the strategy cover?

Accidents, like other crises, remind us that bad things can happen. They shake our confidence. Accidents tell us that no matter how good we are, mistakes will be made. This is where leadership comes into play and is key. Leadership means accepting responsibility for the event. The landing gear collapsing may have nothing to do with the operating carrier or the airport.

That point does not matter immediately after the accident. The fact is the passengers and crew were flying on a THAI aircraft and trusted THAI to get them safely from point A to point B. When that did not occur, the airline's CEO should step into personally see those who were injured, visiting them at the hospital (Editor's note -- THAI president Sorajak Kasemsuvan did visit the injured in hospital on several occasions). They should check to make sure all needs are being met and be seen to be taking charge. The CEO is also there to reassure people that things will be better and actions needed to be taken, are taken. This also applies to the airport leadership, including the fire chief and head of operations.

Do you think the strategy adopted was effective, in particular the painting over of the logo? All it seems to have done was draw more attention to the crash and the airline.

No, it was not an effective strategy. Absolutely, the story of the accident was newsworthy and would have been just that -- an accident to be investigated. Professional reporting would hold judgement until the facts were known. 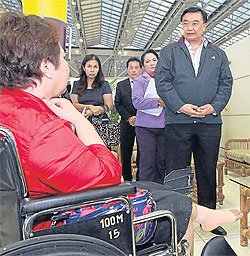 Does this indicate some form of cover-up by the airline? Wouldn't it have been better for senior executives to admit the mishap and try and reassure the public the problem was being addressed?

No. I don't think there was an attempt to hide anything. I don't believe that THAI Airways tries to do things that will cause additional pain or sorrow for those that were passengers or crew, or their families.

It was done because of an immediate reaction to a horrible event and people trying to do the best they could, without training or a proper plan.

Herein lies one of the greatest problems for aviation crisis management. Airlines are in business to transport people and goods from one point to another. Response to accidents is not their day-to-day job, nor should it be. Fortunately, accidents occur very infrequently. But because of that, airlines need partners who have experience and can help prepare them and guide them through a response. But that is a relationship they need to have before an accident happens.

How do you restore public confidence after a crash?

Be honest. Accept the accident has occurred. Participate in the investigation and identify areas that need to be corrected and then correct them. This includes communicating those needs and corrections to your customers, staff and investors.

A very important part of this is taking full responsibility and providing reasonable care for those people directly involved in the loss, because that, more than anything, shows acceptance that things did not go as planned and the consequences are accepted.

Would Kenyon advise an airline on how to deal with such an incident after it has occurred?

As a company, Kenyon does not respond in that way to such incidents. More than 480 airlines, natural resource companies, hospitality organisations and governments retain Kenyon to help them prepare for and respond to a crisis -- such as the THAI accident. We do that because the first part of planning is accepting that an event can occur.

When something happens, and very sadly it is not an ''if an accident will occur'' situation, but a where, a when and a who. When the worst does happen, Kenyon and our trained client respond together.

As to specifics, there are far too many to cover here, except to say remember the four Cs -- Communicate, Compassion, Coordination and Control -- not the event, but your response. Painting over the logo was none of the above. 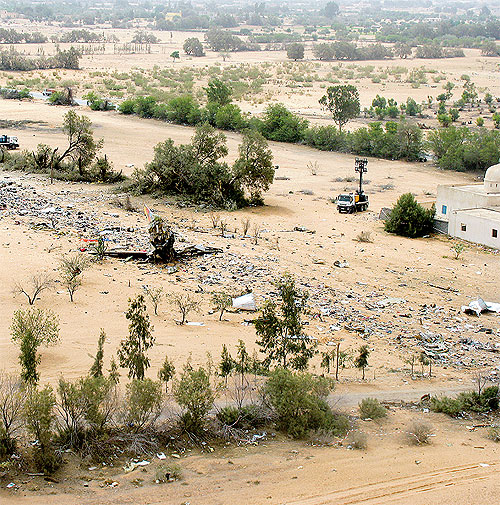 EXPERIENCED HANDS: Kenyon International is used to dealing with the aftermath of tragedies such as airline crashes. PHOTO: KENYON INTERNATIONAL EMERGENCY SERVICES 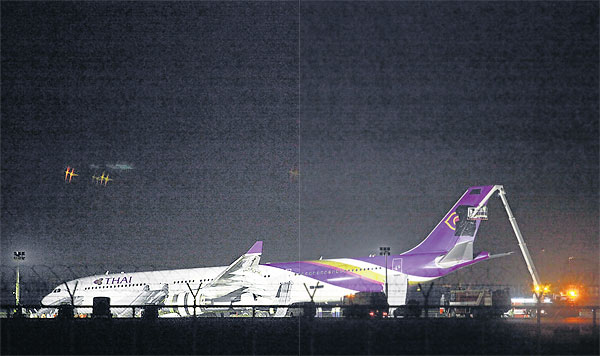 A ‘DELIBERATE STEP’: The logo and serial number of the THAI Airbus are painted over after it skidded off the runway at Suvarnabhumi airport. PHOTO: PANUMAS SANGUANWONG