A history of theft and recovery
Thailand
Special Report

A history of theft and recovery

The return of 554 objects from the Bowers Museum in the US was the latest in a series of cultural artefacts being repatriated to Thailand. 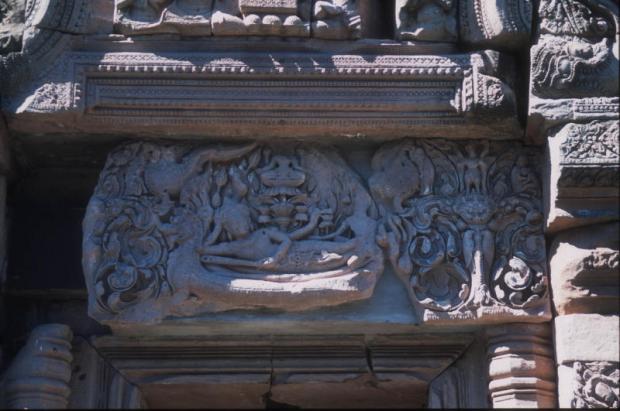 Restored: The famous Narai Bantomsin lintel is now firmly in place at its original site at Phanom Rung.

The highest profile case so far was the long battle to regain the Phra Narai Lintel. The ancient lintel was believed to have gone missing in the 1960s before it emerged in the Art Institute of Chicago in the 1970s. After years of battles which provoked a strong sense of nationalism among Thais, the lintel was returned after mediation in 1988. It was reported the Thai government agreed to pay compensation to get the priceless lintel back to the kingdom.

The return of a stone Lop Buri-style Buddha statue to Thailand in 1996 also drew strong emotions from the public. The priceless statue made in the Naga Protected Posture, estimated to date from the 7th to 13th century AD, was stolen from a cave in Thung Saliem in Sukhothai province in 1977. In 1994, the statue appeared in an art catalogue issued by Sotheby's Institute of Art in London, prompting an outcry from the people of Sukhothai. Thailand's Fine Arts Department later contacted authorities in the UK, but were told the winning bidder had moved the statue to the US.

"In fact, the registration will only produce an ID for the item, forcing the person who obtained the smuggled item, regardless of whether they knew it was stolen, to return it unconditionally."

Cultural property is protected by the 1970 Unesco Convention on the Means of Prohibiting and Preventing the Illicit Import, Export and Transfer of Ownership of Cultural Property.

However, the Thung Saliem Temple, which owned the statue, had not registered it as a cultural property with the Fine Arts Department at the time. Therefore, it was not possible to ask the owner to return the antiquity unconditionally. But after a lot of pressure from the public the Thai government agreed, in 1996, to pay a substantial amount to bring the Buddha statue back to Thailand. That payment was reportedly sponsored by the Charoen Pokphand Group. 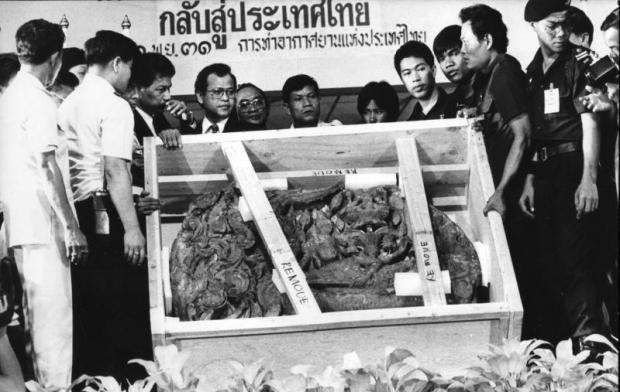 In other cases, however, when an artefact has been registered as a cultural property, Thailand can ask for international cooperation and the item's unconditional return. In 2008 a Dvaravati Buddha statue, which was registered with the Fine Arts Department and was at the Ton Bhodi Sri Mahabodi Temple in Prachin Buri province, was stolen. The Fine Arts Department sent the case to Unesco and asked Interpol to track it down.

It was believed to date back to the early days of the Dvaravati period, from the 6th to the 13th centuries. Interpol found the statue at a private art gallery in New York and sent a picture to the Fine Arts Department for verification. It was proved to be authentic.

Having a rich cultural heritage, Southeast Asia has become a source and transit point for the international black market which caters to the demands of museums and private collectors.

Thailand is not the only victim of looted items. In 2009, Thailand returned statues from the 12th century Angkorian era, including six heads of the Hindu god Shiva, to Cambodia. Thai authorities seized them from smugglers in 1999. Later, Cambodian officials presented evidence to show these items originated in and were smuggled out of Cambodia. The ceremony to mark their return was presided over by then prime minister Abhisit Vejjajiva.

Ms Patcharin said that many small antiquities are handed back on a regular basis.

"Sometimes, a private collector returns just one piece or item through the embassy," she said. The person may not recognise the value of it or they may be afraid they are in possession of illegal property, she added.