It’s who you know, not what you know, says outspoken academic
Thailand
Special Report

It’s who you know, not what you know, says outspoken academic

Rattana Lao is a recipient of the Ananda Mahidol Scholarship. She has a doctorate in Comparative and International Education (Political Science) from Columbia University’s Teachers College and is currently a lecturer at Thammasat University’s Faculty of Learning Sciences and Education.

Her 230-page book, A Critical Study of Thailand’s Higher Education Reforms: The Culture of Borrowing, published by Routledge, will be launched at Thammasat on Aug 18.

The 31-year-old spoke to Spectrum about Thailand’s "selective borrowing", the value of controversial quality assessments in higher education and the patronage system.

I understand that your book is mainly based on your postgraduate thesis. Can you explain more?

My thesis was interested broadly in external forces such as globalisation, how these forces influence policymaking, and the state response. With that broad theoretical question, I looked at Thai education as a case study. I received the Tokyo Foundation scholarship to investigate this large theme. When I came back to Thailand to interview higher education policymakers, it became clear that quality assessments (QA) had become a contested issue. Everyone was talking about QA, so I became interested in what it was, and whether it has an effect on education quality.

I went to 12 universities in four regions to interview deans, rectors, academics and staff; all the policymakers. “Why not use it? It’s an international standard, everyone has it,” they would say. At first I thought their answers were very simple, but then I began to research the history of Thailand’s educational development.

What issues do you explore in the book, and how does it expand from your original thesis?

At Hong Kong University, I saw a call for a book proposal on critical studies of Asian education. It got me thinking I could maybe adopt my dissertation, so I took academic leave last year to write the book. The dissertation became 30% of the book. I also looked at different policies in higher education. I researched internationalisation and why our ranking is still so low. If we are copying everyone else, why are we still falling behind?

How is Thailand’s education sector influenced by the West?

Since the time of King Chulalongkorn, we’ve wanted to be like the West; to be like Oxford and Cambridge. Lots of our princes went to France and England 100 years ago and came back with the idea that higher learning should emulate the Western style. But it became clear we don’t just copy 100%; we selectively choose what we want. I call it selective borrowing.

For example, Thai education used to be in temples. When Western education came, Vajiravudh College sought to emulate English boarding schools, but the architecture was still Thai. Whether it’s worse or not is a different issue, the point is that it’s a half-hearted adoption.

We are so influenced by the West, but the Thai culture of patronage is so prevalent that the Western influence doesn’t matter at the end of the day. We want to have a better global ranking, but in the higher education sector you begin to see that Thai characteristics are still there in the networks that exist. Thainess is still very prevalent and that Thainess is a seniority culture, a patronage system, connections and cliques.

There is a perception among the Thai public that Ananda Mahidol recipients have the endorsement of the Thai elite. Is this true in your case?

I know that connections work in Thailand. During my interviews for the book, senior rectors and university policymakers would often say, “If you want a position at my university, contact me when you graduate.” I did not contact them because I believe the patronage system is killing Thailand and don’t want to be a hypocrite.

I applied to three Thai universities where I knew no one. The first sent me an email and said they would contact me if my qualifications were good enough. The second had put out an open call for a job. When I applied they said they were no longer looking for an applicant because they had someone else in mind. In the case of the third, everyone told me I would have to go and see two people if I wanted to work in this particular faculty. I applied without going to see anyone. What is the point of going to see these people if you have all the qualifications? Despite every reform that Thailand has tried to implement, the patronage system is embedded in every level of higher education to the point that modernity is a joke. 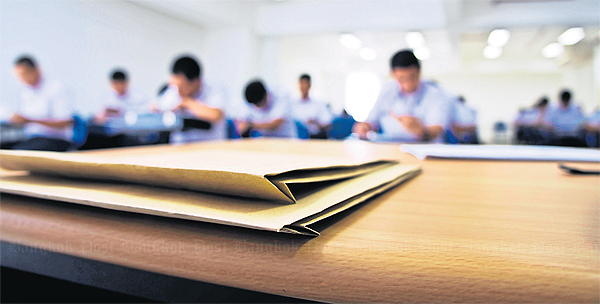 What does that mean?

The current situation is like a feudal system in the name of higher education. Maybe I’m really not good enough, but everyone told me that if I wanted to get a job, I’d have to speak to someone. Then what’s the point of having a degree? This kind of system discourages hard work, productivity and honesty. Once you get accepted, you become a luk nong, or junior, to that person, and you’re indebted for life. It’s disgusting.

My rejections show that even if you get a good scholarship, it doesn’t matter. What matters is who you know.

How does politics play a role in Thailand’s education system?

Politics is not just about national politics, elections and political parties, but it’s about power, and power exists everywhere in everyday life. In higher education, the powerful use their positions and authority against the powerless. And the powerless in this case are academics. Those who adapt to the system get ahead. Those who are in the lab and write academic papers might not necessarily be the ones rewarded.

The politics of higher education is about how rectors, deans and administrators use their positions to advance their agenda at the expense of academic freedom.

Progressive academics who question the status quo are less likely to get funded. For example, if you’re interested in democracy and the role of the state, funding agencies already know you’re going to criticise them. It’s not healthy for the production of knowledge and academic excellence.

It sounds like you have lost hope in Thailand’s educational system. Do we still have a chance to recover?

There is still some hope, but that hope is very dim. My six months of experience at Thammasat University has been self-evident in showing that the patronage system is ingrained at every level. But how can we expect education to change when education in itself is about connections, not meritocracy? Then what’s the incentive to learn?

I am not feeling hopeless but I am very discouraged. Six months in, the system has sapped a lot of my positive energy. We talk about international standards and rankings, but everyday work is full of nonsense. It’s all about who endorses your faculty, who is in your network, who you are bound to. That discourages the acquisition of knowledge and stifles the debate of ideas.

There has been a public movement against quality assessments in Thailand. Are they that bad?

There are some good parts to QAs. But the system that we have is too complicated. It requires you to do so much for so little. Quality assessments are not there for quality education. 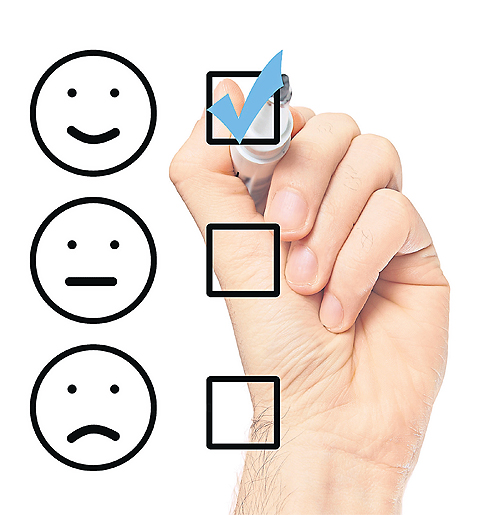 Then what are they for?

They are there for bureaucracy. It’s all for having paperwork for paperwork’s sake. For example, how many papers you publish per year is quantity, not quality. Assessments are supposed to be a tool to assess whether you have quality or not. But Thai people do QA for QA’s sake. They think that if they do QA they have quality, which is not true. We’ve ended up paying so much attention to QA.

Should the Office for National Education Standards and Quality Assessment — the core agency responsible for external quality assessments — be abolished?

What projects are you currently working on?

In 2011, I set up a group called “Unite Thailand”. It was based on the idea that colour in Thailand has been politicised. You can only wear red or yellow. I’m frustrated by the symbolism. You might be wearing the colour green today, for example, but that doesn’t mean you necessarily like the military. To assume that would be an over-simplification. Thai children use colours to have fun. Thai adults use colour to kill the nation.

Unite Thailand has held 14 camps for more than 2,000 students since 2011. In the beginning we wanted students to be free from political colours. Now we don’t really care about it and just want them to have fun. n