Operating within the lawsuits

The Thai Medical Council had a peculiar message for medical graduates on their orientation day earlier this month.

"Be extra careful of judges, prosecutors, lawyers, lawyers' wives and relatives of singers who give birth at hospitals," TMC spokeswoman Chanwalee Srisukho told the crowd of 3,000 graduates who will work upcountry in return for the government subsidising their studies.

"Treat them well. Don't hesitate to refer patients when necessary."

Dr Chanwalee had a reason to target obstetricians and gynaecologists: the two specialties are particularly susceptible to medical malpractice lawsuits, accounting for up to 40% of all such lawsuits in Thailand, according to the TMC.

She later told Spectrum that her comments were not discriminatory, but were an effort to encourage the new graduates to pay more attention to their patients, "especially those with a high level of knowledge".

But her message was clear: doctors are being sued more than ever, so be prepared.

A recent Supreme Court decision that forced the government to pay more than two million baht to the family of a tuberculosis patient who sued for medical malpractice raised the anxiety levels of doctors nationwide, while the TMC is now advising its members to not even provide online counselling for fear it could be used in lawsuits.

And in an unprecedented move, clinical doctors in public hospitals who would normally be protected under Thai law for civil cases are now seeking malpractice insurance. For doctors, Dr Chanwalee said, not only is it a "psychological trauma", but it's also so distressing that some opt to leave the occupation altogether.

"It's messing up the medical industry. There is now no single doctor who is not afraid of being sued," said Dr Chanwalee.

IN THE LINE OF SERVICE

Before the 2008 Consumer Case Procedures Act, medical malpractice lawsuits could be brought in both civil and criminal court. Instances of medical malpractice are considered "wrongful acts" under Section 420 of the Civil and Commercial Code, and must be brought within one >> >> year from the date in which the injury became known to the victim. 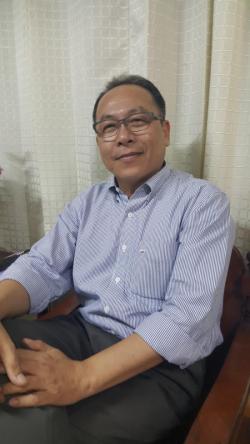 In a criminal case, medical malpractice falls under Sections 288-305 of the Thai Penal Code as offences against life and body. The statute of limitations to bring a criminal suit is dependent on the severity of the injury, ranging up to 20 years in the case of a patient's death.

Civil and criminal proceedings meant that the burden of proof was with the patients, who often had trouble finding expert witnesses to testify in court.

The 2008 act simplified the legal process for patients to seek redress, allowing them to file complaints either verbally or in writing, and also exempts them from court fees. During trial, the burden of proof regarding the provision of service now rests on the defendant rather than the consumer.

While the act applies to all cases arising from the consumption of goods and services, there is still debate from the medical side on whether or not medical treatment is considered a service in the first place. Thamrong Lakdaen, a lawyer who has represented a large number of patients in medical malpractice cases, said this has been settled in court. He said the president of the Court of Appeals had ruled repeatedly that such cases fell under the consumer protection law and there was precedent to support this.

But earlier this year, the TMC submitted a proposal to the Public Health Ministry to include a clause in the act defining physicians as "caregivers" rather than service providers.

The Court of Justice does not provide statistics of cases related to hospitals prior to the introduction of the 2008 act; however, its Office of Planning and Budget recorded 940 consumer lawsuits filed against hospitals from 2008-2015. Of those, 709 were private hospitals. An additional 201 cases were against clinics.

But the figures do not represent the total number of actual disputes, as most medical malpractice cases are settled out of court.

Complaints submitted to the TMC actually dropped, from a peak of 294 in 2005 to 135 in 2013. Surgeons received the highest number of complaints in each year. Dr Chanwalee said aggrieved patients were now more likely to seek redress through the courts than lodge a complaint with the council.

"Rather than seeking punishment for doctors [in line with TMC regulations], patients would rather sue them to receive money," said Dr Chanwalee. "And a part of the public also believes that the TMC favours doctors."

Awareness of patients' rights heightened after the introduction of the universal healthcare scheme in 2002, which led to wider access to health care as well as provisions related to medical malpractice under the National Health Security Act in the same year.

Previously, most patients would be reluctant to take legal action when medical errors occur.

"In the past, people weren't aware of their legal rights. Those living in the northern and northeastern regions, particularly, give so much respect to doctors, who they regard as 'gods', " said Mr Thamrong.

The universal coverage scheme, better known as the 30 baht scheme, was among several populist policies that helped deposed prime minister Thaksin Shinawatra and his now-defunct Thai Rak Thai Party win a landslide election victory in 2001. Dr Chanwalee says the scheme began the slippery slope towards a rise in lawsuits against physicians.

The health scheme benefits about 47 million people -- two-thirds of the population -- with the number of hospital admissions almost doubling between 2003 and 2011.

The 2002 National Health Security Act brought about a significant change to the medical field, with patients under the universal healthcare scheme entitled to compensation for medical errors, according to Section 41.

Dr Chanwalee claimed that not only does the regulation provide overly generous terms for patients, but roughly a third of those who receive compensation from the fund also file lawsuits because there is no provision that bars them from doing so.

In the latest move by the medical community to mitigate risks that may occur from errors, the Royal College of Surgeons of Thailand earlier this month sought help from the Office of Insurance Commission regarding medical professional liability insurance for physicians and other licensed healthcare professionals. 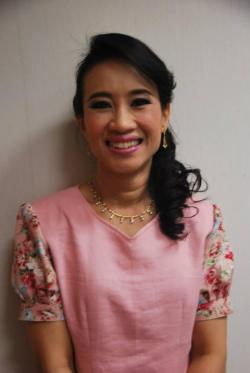 Anon Vangvasu, president of the Thai General Insurance Association, said he was approached by the Office of Insurance Commission about offering low-cost packages tailored for doctors at public hospitals. Although there are no official statistics on the number of medical malpractice insurances, Mr Anon said most doctors at private hospitals are already required by their workplaces to purchase insurance.

Doctors at public hospitals are protected under the Public Intervening Responsibility Act 1996, legislation which holds the state agency responsible for malpractice. This means that in civil and consumer cases, the prosecution must file a complaint against the state rather than the doctor. While doctors can be sued as co-defendants, they are never found guilty by the court, said Mr Thamrong.

NHSO spokesperson Athaporn Limpanyalers said the clause has never been used since it was introduced.

Another reason public hospital doctors need personal insurance is if they also operate clinics or serve as part-time doctors at other private hospitals.

Kasana Raksamani, an anaesthesiologist at Siriraj Hospital, believes personal insurance is necessary. Dr Kasana has had medical malpractice insurance for the past five years, since it was a requirement of her previous workplace. Anaesthesiologists are required to pay the highest premium -- along with obstetricians and gynaecologists, neurologists and cardiologists -- of about 12,000 baht per year, with a maximum coverage of two million baht.

"Even when I moved to Siriraj, I felt that I still had to have coverage," she said. "It's like life insurance; a physician is a high-risk job, you never know when you will be a victim."

On June 20, 2004, four-year-old Kanokporn Tinnung was taken to see a doctor at Loei Hospital after suffering a fever for several days. On a chest X-ray six days later, evidence of tuberculosis appeared as numerous white areas, which the doctor suspected to be a lung infection. 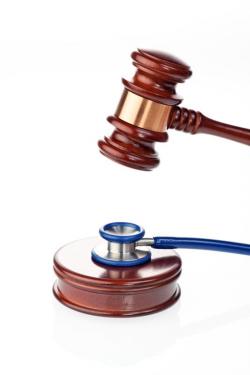 She wasn't provided medication until July 1 when a tuberculosis diagnosis was finally given. It took Kanokporn more two months to recover from the disease, which she contracted from her father, but she ended up brain damaged and disabled.

Kanokporn's parents filed a lawsuit against the Public Health Ministry, but the Nonthaburi Court found the ministry not guilty in 2009, a decision upheld by the Court of Appeal. A Supreme Court ruling last October, however, found the ministry guilty of negligence and ordered it to pay the plaintiff two million baht, with interest of 7.5% per year imposed from 2004.

"Failure to undergo treatment at an early stage resulted in the plaintiff's brain damage," said the ruling, seen by Spectrum. "The doctor should have confirmed the results by submitting the film to a radiologist."

The TMC fiercely attacked the court decision, prompting the Courts of Justice to warn TMC president Somsak Lolekha that he might be held in contempt.

Dr Chanwalee said while the TMC accepts the ruling, there is disagreement on two issues: that the X-ray had to be submitted to a radiologist, and that the results would have been different if Kanokporn was treated only five days earlier.

Dr Chanwalee said the court ruling has had a significant impact on the medical community, causing doctors to adopt a more cautious approach to treatment in order to protect themselves from potential lawsuits. This includes conducting more tests on patients than are necessarily required, which Dr Chanwalee said will not only increase costs but will also prolong the process of treatment. "From now on, doctors will be more reluctant to perform difficult treatment."

'EVERY PROBLEM WILL END'

For Preeyanan Lorsermvattana, a patients rights activist, the solution to the problem is the passing of a Patient Injury Act that establishes a medical compensation fund for those who fall victim to medical malpractice, funded by both private and public sources.

The gist of the act is similar to Section 41 of the National Health Security Act, which is essentially a no-fault compensation policy aimed at reducing the trend of medical litigation. But while the current law provides compensation of up to 400,000 baht in the case of death or disability, the proposed Patient Injury Act would provide a much higher ceiling, similar to court compensations, said Mrs Preeyanan.

"While there are no provisions under Section 41 to prevent patients from filing additional lawsuits even though they received compensation, the Patient Injury Act will prohibit them from being able to do so," she said. "Every problem will end with this act. It's a win-win for both doctors and patients."

The draft law, which is now with the Public Health Ministry, will use the existing funds under Section 41, with a committee set up by the NHSO.

But the TMC has been a staunch opponent of the proposed act.

Dr Chanwalee argues that although doctors face the threat of lawsuits, more patients would "choose to die at hospitals rather than at home" as it would then be easier for their families to file claims for compensation.

"The TMC has acted as the enemy of patients instead of being something they can rely on," said Mrs Preeyanan. "This is why everyone is forced to go to the courts, and this is why most of them lose." 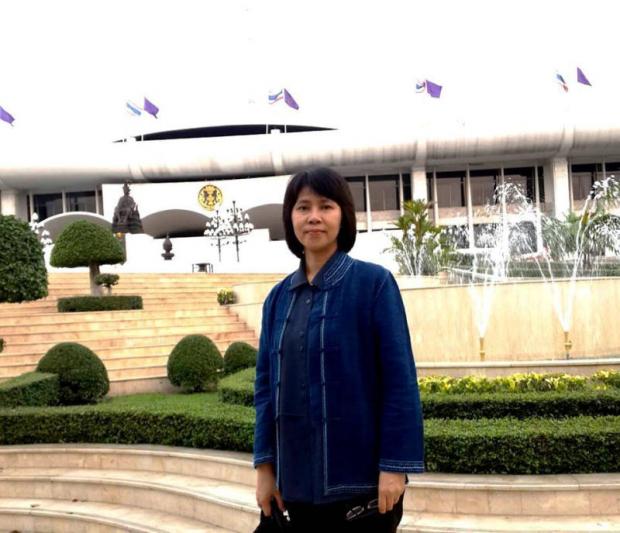 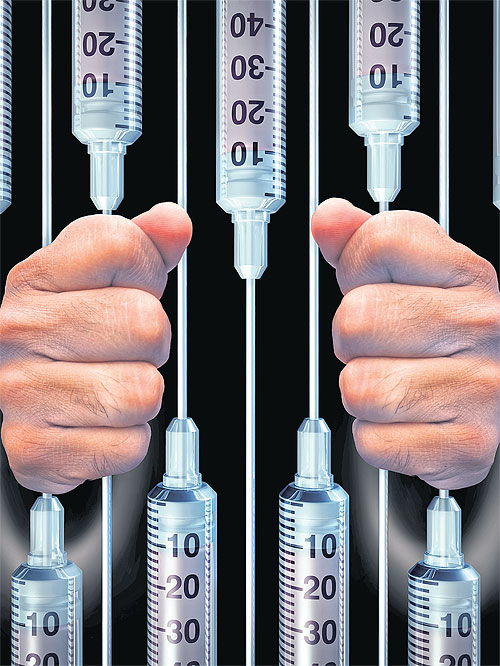