One of New Zealand's most active volcanoes -- its most recent eruption took place in April 2016 -- White Island, or Whakaari as it is locally known, is situated 49km off the coast of Whakatane in New Zealand's North Island.

Approaching Whakaari on a tour boat, you automatically begin to feel its isolation. Despite the presence of other tourists on board, I generally sensed that the island isn't visited that much. If you've ever seen adventure movies of explorers discovering new lands, well, White Island presents you with that type of vibe.

Looking up in awe, the small patches of green are overshadowed by the titanic fields of daggered rocks and the sheer size of the outer edges. The vessel slows down in the mildly turbulent waves. Still, disembarking wasn't that straightforward. We had to take inflatable boats to reach the shore because the pier, made of solid stone, sticks out only a couple of metres. At this point, the island towers to the left, with a mix of pink rock and rugged dents. Then, setting foot on the island, the first impression was of extraterrestrial lands.

Before signing up for the tour, everyone had to sign an insurance waiver, just in case anything drastic was to happen while on the island. As we arrived, the guides set out the rules straight. If there was an unexpected eruption or any activity, we had to take cover first and foremost.

The threat was real. To epitomise that, everyone was provided with a gas mask and helmet for safety. I was at first sceptical whether a gas mask would be necessary, but soon it made sense. The gasses also made the eyes very itchy. We soon found ourselves wearing shades in these grey and misty lands.

As we continued, more steam vents and streams appeared, adding to the visual elements of the walk. The ground was unsteady, so wearing decent footwear was worthwhile.

What was refreshing, at least in the mind, was that this was Mother Earth at her best. Nothing had been tampered with; what we saw was the untouched evolution of a volcano, 100,000 years old. I remember thinking how I felt when I visited the Galapagos Islands in Ecuador, a destination that no one just passes through but travels to with a real purpose. Here such things like stalls, toilets or any man-made products do not exist. Although there is the option to go on a scenic helicopter ride to see the volcano from above, something tells me that part of the experience is the journey itself. What excited me was the whole build-up to reaching the island by sea, just like a certain Captain Cook did centuries ago.

We walked precariously towards the rim of the volcano. I could see there was no further to go, apart from down. Yet we had front row seats.

"This is where the action would happen," proclaimed one of the tour guides, suggesting that if any activity were to occur, this was the main stage.

Clouds of gasses were relentlessly rising from the green sulphuric pools below. You could sense the heat, the bubbling under the surface, a ticking time-bomb almost.

I imagined what it'd be like for nature to take its course for a sudden eruption to occur. We'd have just seconds to react. The thought really put things into perspective for me while also giving me a stark reminder that there is nothing stronger than nature. We humans are specs of dust in this world.

As we were about to walk another route back to the shore, it was a good moment to marvel at the surroundings. We were in a full-blown active volcano with panoramic views and otherworldly terrain. What made it more beautiful was that I had never heard of White Island until a few days prior, and yet there I was, right in the volcano's inner crater.

The remaining itinerary of the tour was also intriguing. We got to taste the real sulphuric water streams that trickled around the ground that presented an almost copper flavour. Not only that, but witnessing the remnants of sulphuric mining, abandoned completely in the 1930s, was a history lesson and throwback in time.

Marine life is another element of this epic excursion that must be mentioned. On the journey back to shore, you'll get to pass seals lazing around neighbouring islands, as well as go whale- and dolphin-spotting too.

For many curious travellers who need something crazy to happen or a particular event to inspire excitement, White Island perhaps isn't the place. It's the organic and original state of New Zealand's most active volcano that is the main thrill. The stunning surrounding rocky slopes and spouting natural gasses make the visual part of the experience second to none, but the lack of control and the unknown element the island brings is something to truly to be in awe of. 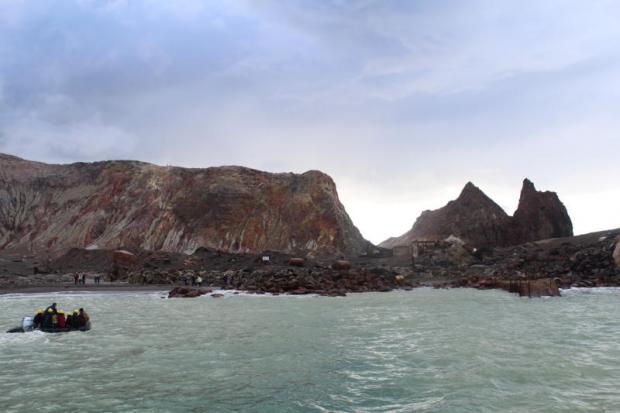 White Island can be reached either by boat or helicopter. Photos: Tommy Walker 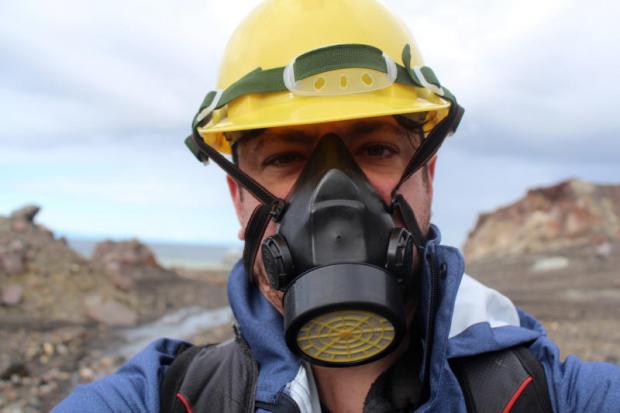 It's better to play it safe. Photos: Tommy Walker 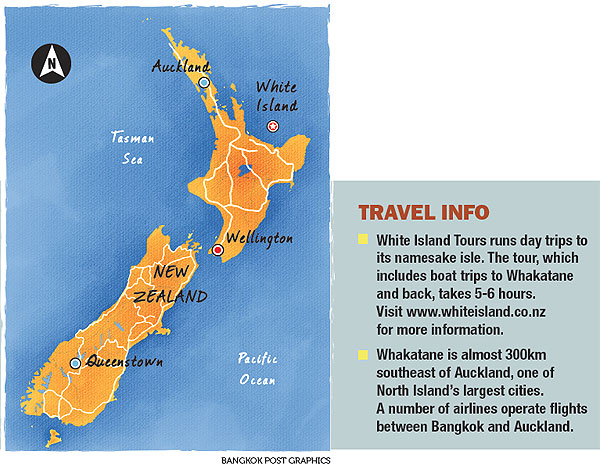