An old Sino-Portuguese style house has been renovated over the past two years and turned into a museum. Although it has not officially opened, visitors to Songkhla old town can stop by Ban Nakhon Nai to explore the house and private collections.

It is owned by Krajang Jaruprukphan, 77, the owner of a goldsmith shop in Hat Yai.

"I never thought that one day I would have the chance to have my own gallery," he said. When he learned that the house was for sale, he saw the opportunity. As a businessman who likes to collect old Chinese items, he knew that he would renovate the building to exhibit his collections. 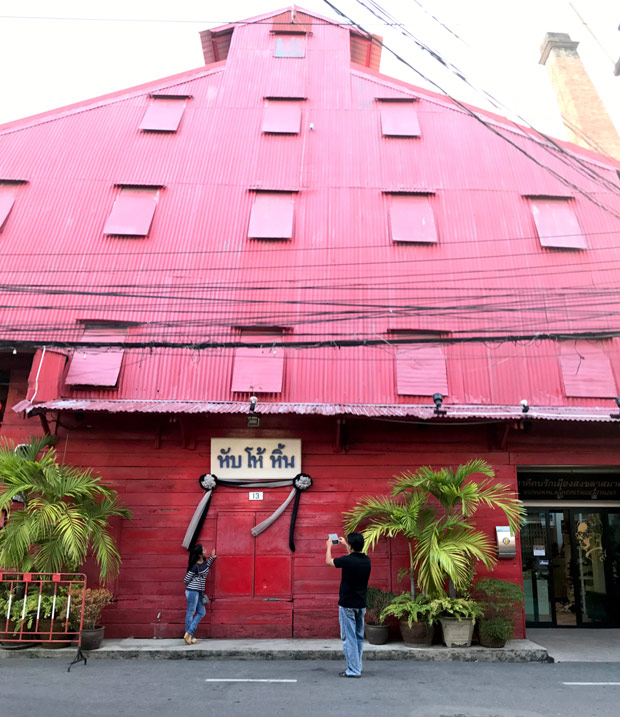 He wanted his project to attract tourists to his hometown. Krajang spent about 30 million baht to buy the house and another old four-storey building next to it. The budget also covered renovation work.

Krajang designed his own museum. He has a picture of the late King Bhumibol Adulyadej's parents holding the prince baby on an exposed concrete wall next to the entrance gate. He has a dedicated room to honour King Rama IX. 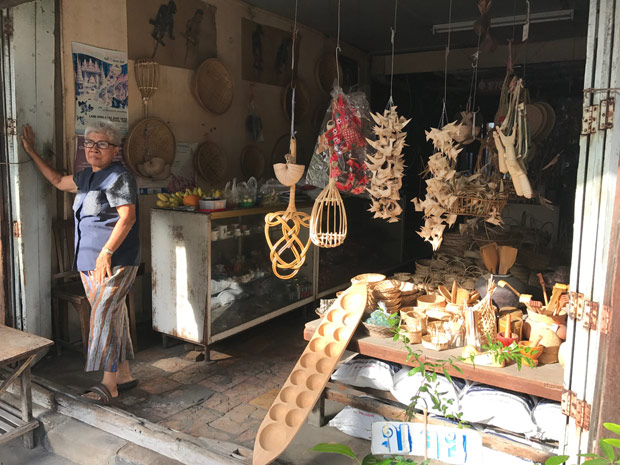 He also exhibits small to large Chinese vases throughout the museum. Some vases are cut in half and placed on the house walls. There are vintage Chinese chairs, folding screens, wood-carved beds and benches. There are also many sizes of ceramic plates and dolls that are used for wall decorations. The middle of the house is an open space. The attraction of this part is an old well.

Although the collections are not quite truly segmented and don't yet have full descriptions, exploring the house is more than worthwhile. The house allows you to explore the layout of an old Sino-Portuguese building. The restoration also helps highlight the ambience of the past.

"I want to bring back the glory days of Songkhla when the town was busy with traders and tourists," he said, adding that Ban Nakhon Nai would help attract more tourists. 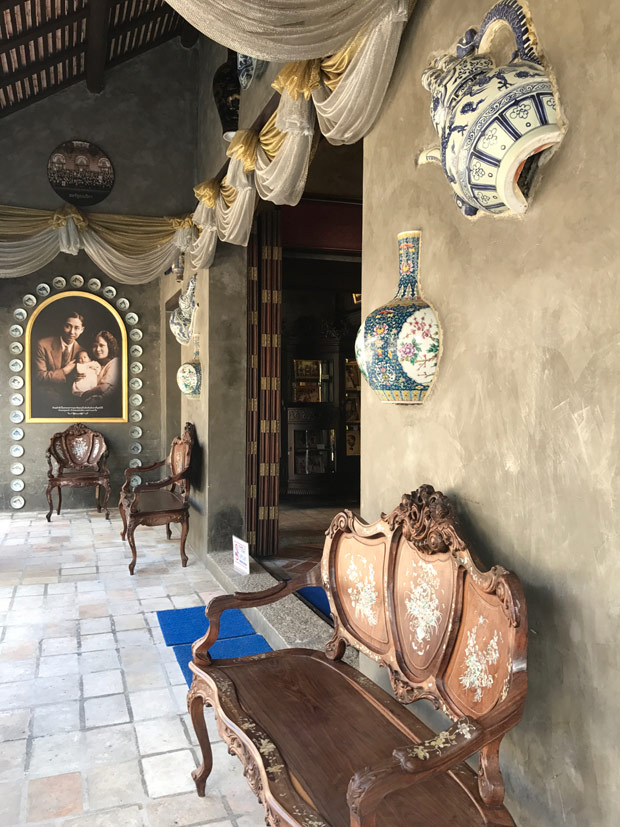 The entrance of Ban Nakhon Nai.

In fact, the old quarter has started to attract more tourists and business people for almost two years. It started when a team of Fine and Applied Arts students from Rajamangala University of Technology Srivijaya painted street art of a Chinese tea shop where three old men are sitting and talking to each other. The painting is displayed on an old building's wall on Nang Ngam Road.

The street art has gradually become a checkpoint for visitors and last year the Songkhla governor set aside a budget of 2 million baht for a street art project. Fifteen pictures were painted on walls of shophouses and old buildings on three well-known streets, Nakhon Nok, Nakhon Nai and Nang Ngam.

The pictures are 3D and display the daily life of people, such as a man offering a basket full of fish from his fishing boat so that a visitor can act like his helper to get the basket. Another picture includes an old man opening a folding door of his house while a cat is looking at a mouse. There are also paintings of a lady in Chinese opera dress and three smiling kids on other house walls.

Unfortunately, there is no street art map of Songkhla old town distributed to visitors, unlike Penang in Malaysia where you can find a map at your hotel to guide you around.

In Songkhla, you may start walking from Nang Ngam Street to pay respect to the city pillar and find local snacks. The street runs parallel to Nakhon Nai and Nakhon Nok. Along the streets, you may also find old shophouses and Sino-Portuguese buildings, some of which have been converted to modern coffee shops as well as boutique hotels.

Lastly, you may not want to miss the red building, an icon of the old town. Located on Nakhon Nok Road, the building is called Hub Ho Hin, meaning unity and prosperity in the Hokkien dialect. The building used to be a rice mill when it was built in 1914 before changing to an ice factory in 1947. Today, the front part of the building is a photo exhibition. You can walk inside the building to a dock of fishing boats.

The art brings the old quarter of Songkhla to life. With the effort of both the private and public sector, the quiet and sleepy town is changing, perhaps for the better.

- Ban Nakhon Nai is open daily from 9am-6pm on weekdays and until 7pm on weekends. There is no entrance fee.

- Visit the Tourism Authority of Thailand’s website at tourismthailand.org or call its local office at 074-231-055 and its call centre at 1672. 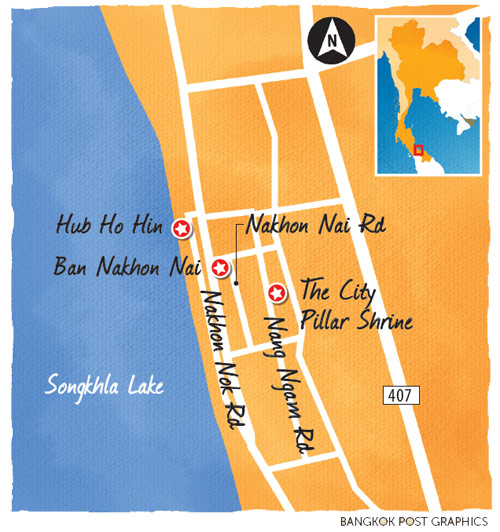