The magnificence of the Mughals
Travel

The magnificence of the Mughals

published : 2 May 2019 at 04:00
newspaper section: Life
writer: Karnjana Karnjanatawe
The Taj Mahal is considered to be the greatest example of Mughal architecture, an Indo-Islamic style that combined Persian, Indian and Islamic influences. The monument attracts some 3 million visitors a year.

As the first rays of light began to illuminate the Taj Mahal, the stunning white marble mausoleum seems to change colour to light yellow. It is a breathtaking sight that dozens of visitors, including the writer and her travel companions, try to capture on camera. 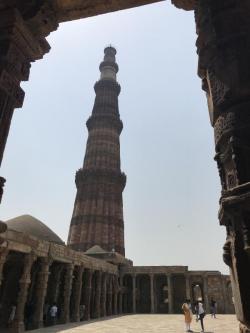 The 72.5m-high Qutab Minar has five stories and 379 steps. The tower used to be open to visitors, but its doors were permanently closed after an incident in December 1981 when 45 students were killed and 24 injured in a stampede on its narrow staircase, as well as a series of suicides by people jumping from the tower. Karnjana Karnjanatawe

"The Taj Mahal can reflect different colours according to weather and light. You will have different moods when you look at the Taj at different times of the day," said our guide Mohammad Nadeem. He has been bringing visitors to the site for 16 years. According to him, summer (April to June) is when the Taj Mahal is most beautiful. This is because of the blue sky, he said. The best time to visit is around sunrise or sunset, when the heat is not too great and the site not overly crowded.

The Taj Mahal is situated in the city of Agra in the northern Indian state of Uttar Pradesh. We arrived before dawn. Nadeem told us not to bring any big bags, portable chargers, pens or even books. These items are not allowed. At the entrance, every bag must pass through an X-ray scanner, before it is rechecked by a security guard.

Once inside, visitors can walk freely around the grounds. Before entering the royal tombs, we have to put on disposable shoe covers to make sure that no scratches are left on the ivory marble floor.

The Taj Mahal was built in 1632 by Shah Jahan, the fifth Mughal (or Mogul) emperor, in memory of his beloved wife, Mumtaz Mahal, after she died in childbirth at the age of 39. She gave the Shah 14 children over the course of their 18-year marriage.

"The king was very upset," said our guide. "Her last wish was for the king to build her a tomb so the world would remember her." Located on a 42-acre site on a bank of the Yamuna River, the mausoleum was built by 20,000 workers from India, Persia and Europe. It took them 22 years to complete the construction.

The main domed building is 73m tall, with four slender towers at each of its four corners. The towers were designed with a slight outward lean in case of an earthquake. If they fall down, they will not damage the main building, Mohammad told us.

Inside the mausoleum is an octagonal marble chamber, carved and adorned with semi-precious stones. It houses the queen's royal coffin at the centre and King Shah Jahan's on the left-hand side. Photographs are not allowed inside.

On either side of the mausoleum is a red sandstone building. The western building is a mosque that is still in use today. The almost identical eastern building is believed to have been built for symmetry, although it may have been a guest house. It is currently closed to the public.

The Mahatma Gandhi memorial is located in Mahatma Gandhi Park in Delhi. The park displays various famous quotes from Gandhi, such as "the soul dries up without the company of the good" and "selfishness keeps you worrying forever". Karnjana Karnjanatawe

Once work on the Taj Mahal was completed, Shah Jahan wanted to have his own mausoleum built in black marble across the river, with a bridge connecting the two sites. However, he was overthrown by his son and placed under house arrest for the rest of his life (about eight years) in the Red Fort, not far from Taj Mahal. When the shah died, his body was laid alongside that of his favourite queen.

The Mughals were a powerful and wealthy Muslim dynasty that ruled for more than 300 years, from 1526 to 1857. The first emperor was Babur who claimed descent from Genghis Khan. He made Agra his capital. However, it was during the reign of the dynasty's third ruler, Akbar the Great, that the empire's "classic period" began.

During his rule, the empire expanded to cover most of the Indian subcontinent. Akbar's reign is noted for its culturally and religiously inclusive policies. He briefly moved the capital from Agra to the nearby Fatehpur Sikri in order to honour Shaikh Salim Chishti, the most revered Sufi saint, who had lived there.

Fatehpur Sikri is notable for its red sandstone buildings, which blend Hindu and Islamic architecture, featuring large domes and the extensive use of arches. After just 12 years, Akbar moved his capital back to Agra due to a shortage of fresh water. Today, Fatehpur Sikri is listed as a Unesco World Heritage Site. 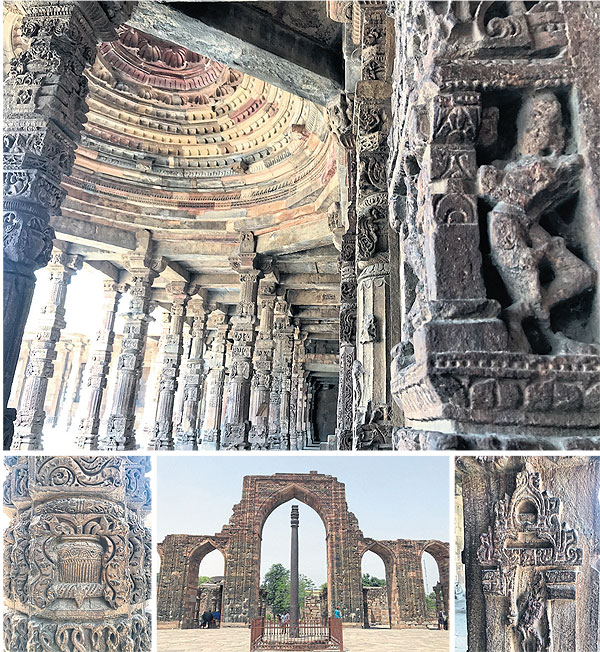 Located next to Qutab Minar is India's first mosque, Quwwat-ul-Islam, meaning "might of Islam". It was built by using materials from 27 demolished Hindu temples, making its pillars unlike other mosques. Each pillar features carved images of animals and humans. Standing in the courtyard is a 1,400-year-old iron pillar. It used to have a golden eagle on the top and was built to honour Surya, the Hindu sun god. The eagle is gone, but an old belief says that if you can encircle the pillar while standing with your back to it, your wish will come true. Your chances of trying are, sadly, zero because the pillar today is protected by a fence. Karnjana Karnjanatawe

"Agra is a small city, but it has three world heritage sites: Fatehpur Sikri, the Red Fort and the Taj Mahal," said Mohammad.

In 1638, Shah Jahan again moved the capital, this time to Delhi, about 230km to the north. Shakti, our guide there, told us that the city was originally named Shahjahanabad. The emperor is also responsible for the building of two of Delhi's most important structures: the Red Fort and the Jama Masjid mosque.

Under British rule in the 19th century, the capital moved to Calcutta (modern-day Kolkata) in West Bengal, before moving back to New Delhi in 1911, about 5km south of Old Delhi. Today, the two settlements are a single, unified city. But despite being the capital of one of the world's fastest growing economies, Delhi does not have any skyscrapers.

This, Shakti tells us, is because it is against the law. Instead, Delhi's grand structures tend to be of the historical variety. In addition to the Red Fort and Jama Masjid, the capital also houses the World Heritage Site Qutab Minar. Built in 1193 by Qutab-ud-din Aibak, the founder of the Northern Indian Mamluk Dynasty, the 72.5m tall tower was built to mark victory by the Muslim forces over local Hindus. Qutab also built India's first mosque, the Quwwat-ul-Islam Mosque, situated next to the tower.

Our Indian trip couldn't end without a visit to the memorial of the great Mahatma Gandhi (Mohandas Karamchand Gandhi), the leader of the independence movement against British rule in the early 20th century. He is regarded as the father of the nation, who liberated India through the use of nonviolent protest. Visitors can pay their respects at Mahatma Gandhi Park in Delhi where his body was cremated.

Although our trip was short, our experiences in visiting the stunning ancient structures and reliving India's rich history left us wanting more. It wasn't my first trip to India. And it won't be my last. 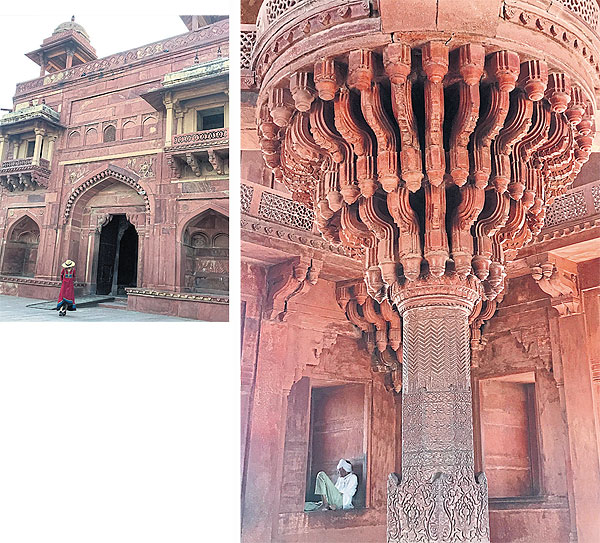 Built in the 16th century by Akbar the Great, Fatehpur Sikri was the capital of the Mughal Empire for 12 years before he moved back to Agra because of a shortage of fresh water. His palace was built in red sandstone. It comprises a number of buildings, including a meeting hall where he granted a public audience to commoners. Karnjana Karnjanatawe Not far from the Taj Mahal is the Red Fort of Agra, built in 1565 by Akbar, the third Mughal emperor, to protect the palace. Behind the 2.5km walls stand the palaces of kings and queens, meeting halls, an audience hall, mosques and the palace of Shah Jahan, who built the Taj Mahal. His residence was made of white marble, for which he had a preference, unlike the red brick of other buildings in the palace. Only 25% of the royal residence is open to the public. The remaining 75% is a restricted zone that belongs to the army. Karnjana Karnjanatawe 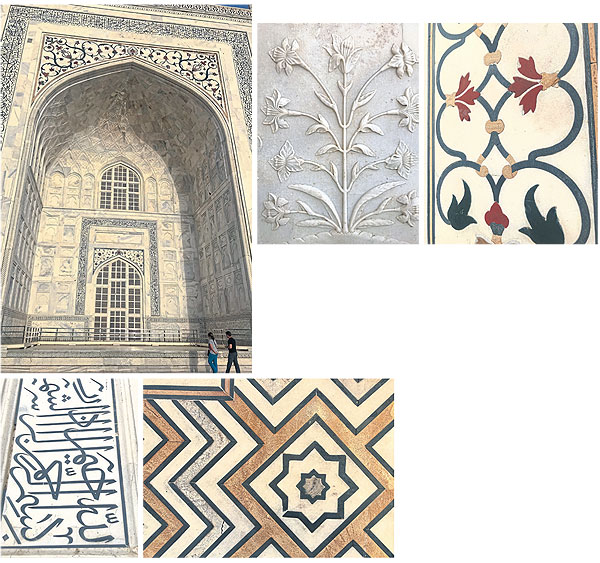 The construction of the Taj Mahal took about 22 years. Its materials were shipped in from far and wide, including red sandstone, diamond and white marble from India; jade and crystal from China; turquoise from Tibet; and sapphire from Sri Lanka. The monument is decorated with marble inlay work and adorned with colourful stones featuring floral patterns, geometric shapes and Koranic calligraphy. Karnjana Karnjanatawe 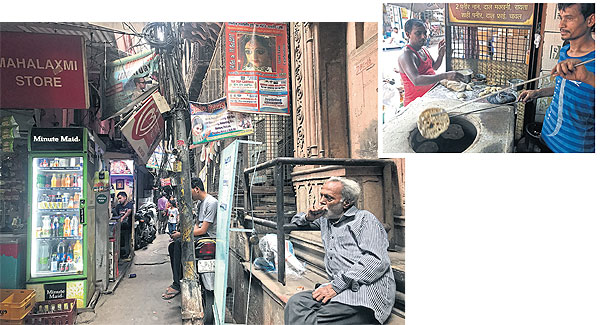 Next to the Jama Masjid in Delhi is Dariba Kalan, a large bazaar. This is a great place to sample local food, souvenirs, gems and jewellery. Under the reign of Shah Jahan, it was a popular wholesale market for gemstones and silver and gold ornaments. Karnjana Karnjanatawe 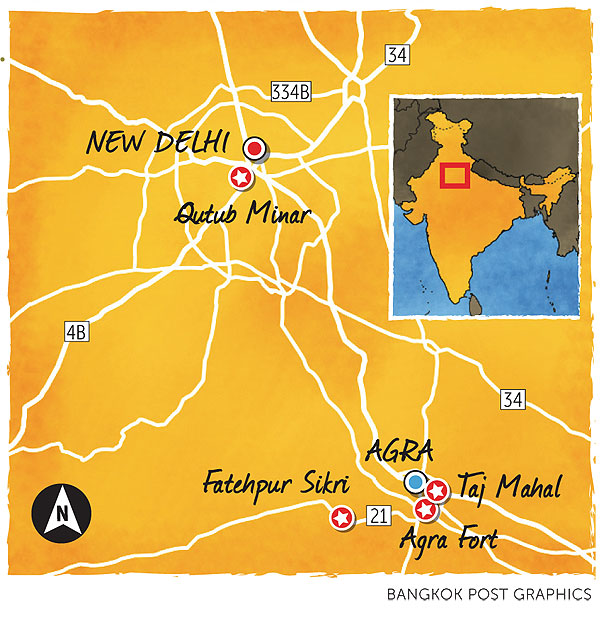