At the Kuroshio Market in Wakayama Prefecture in Japan, visitors can experience a live show of fresh tuna preparation for sashimi and sushi dishes. I visited the market in 2018. To me, the market looked more like a food court. 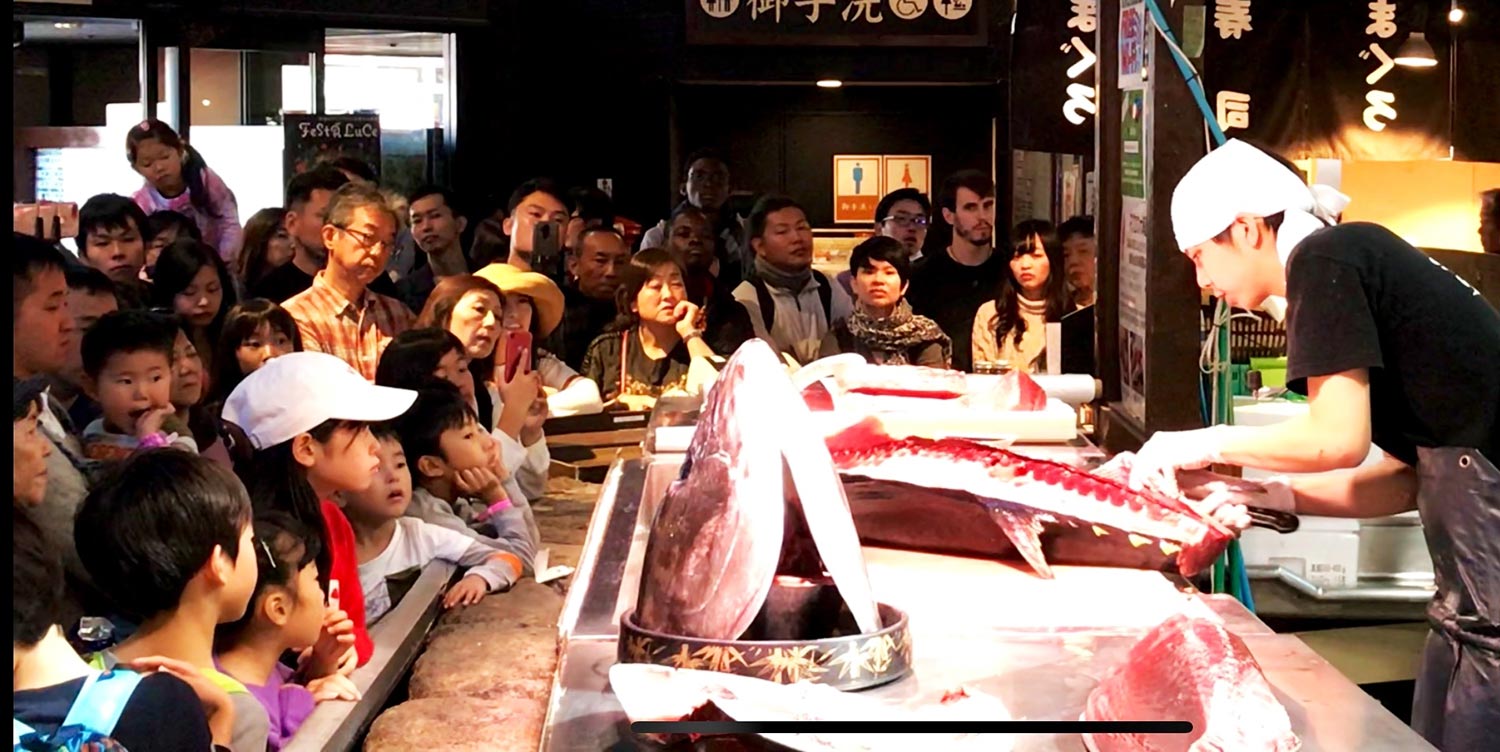 Facing the entrance was this big tuna outlet. People gathered around the kitchen counter for the show, which was hosted three times a day at 11am, 12.30pm and 3pm. Before them was a fresh tuna. Four yellow spotlights shone on the fish and illuminated the counter like it was a stage. A fishmonger showed up. He greeted the audience and explained the tuna-cutting process while skilfully using his knife. After each cut, he showed the quality of the meat to the crowd.

After the 15-minute show was over, the fresh meat was sold, 10 pieces of sashimi or five pieces of sushi. Prices varied depending on the quality. The most expensive part was otoro, which is cut from the inside of the fish's fatty belly. Each piece of the pale pink sashimi was so soft, it could melt in your mouth.

The market had a huge variety of seafood and restaurants with outdoor tables along Wakayama Marina Bay where you could have BBQ.

When travelling, it’s not unusual to run into so many faces. While many might just flash by, others linger on not just in your memory but also in your memory cards. It might be a person, an animal or even a non-living thing. If you have taken a picture of such a face with a story you wish to share, a face with the eyes looking directly at the camera signifying that the shot was made not against their will, feel free to email the photo (file size at least 2MB) and a brief text to pongpetm@banfkokpost.co.th.