It had been raining on and off all day, so soaking in a hot spring at Beitou sounded like the perfect way to be warm inside and out. To Taipei's north, the neighbourhood of Beitou sits amid the Tatun volcano group and the Guandu plain, making it one of the most bountiful regions in Taiwan.

Visitors hike upward from the Xinbeitou MRT station and, while taking in the lush mountainous landscapes, can envision the location's founding in 1893 when a German sulphur trader visited Bietou and discovered hot springs, before the Japanese Army turned it into a leisure area between 1895 and 1945.

I strolled down a smooth sidewalk in the chilly gusts, passing by a giant washing basin that marks the entrance to Thermal Valley. Legend has it that ghosts and demons formerly lived in this place and they pleaded with a witch for protection. She transformed the water into a healing spring and the mist into a boundary.

To receive her blessings, visitors soak their hands in the spring waters, which are said to boost immunity, reduce fatigue and improve skin quality. Just a stone's throw away, I got lost in the labyrinth of a wood bridge leading to a dense jungle, where a massive hot spring stood in the middle of the valley and was submerged in the sea of mist. 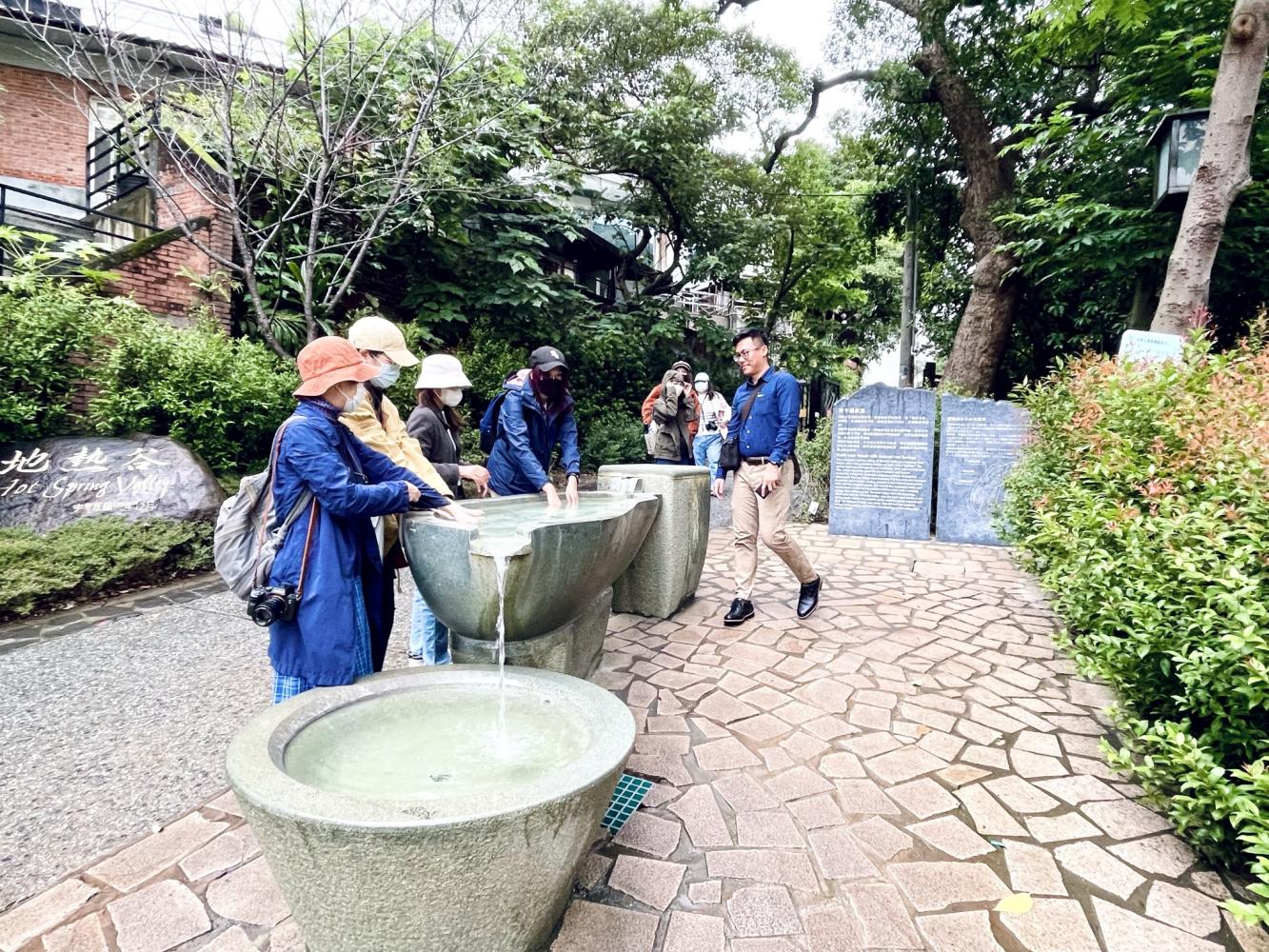 With its hot springs, Beitou district has long been a popular weekend getaway for tourists and Taiwanese families. 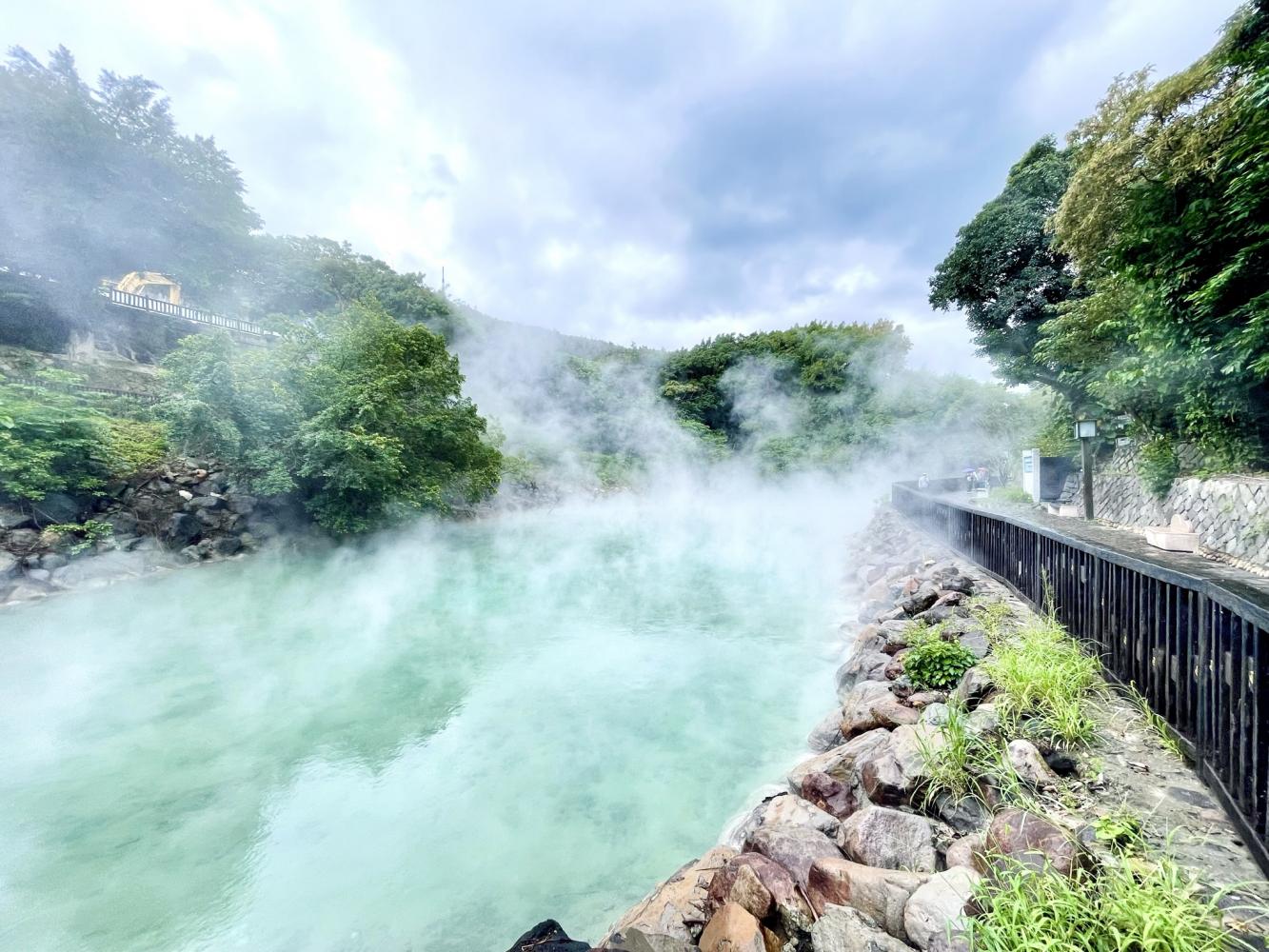 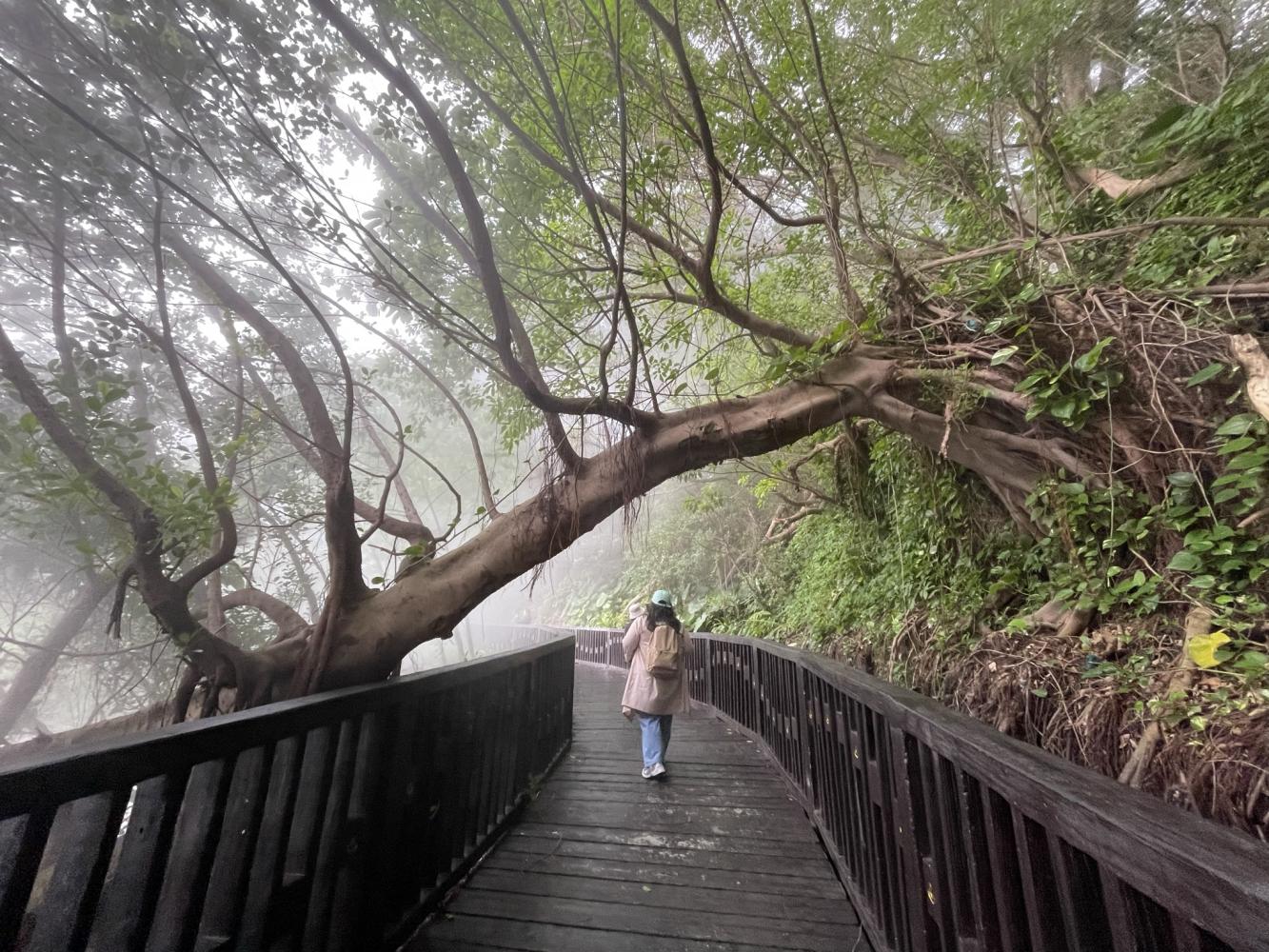 Occupying 3,500m², Thermal Valley was formed before the volcano erupted. Its water in the green sulphur hot spring has an average temperature of 60-70C along with trace amounts of radium elements which provide therapeutic properties and the ability to renew cells and boost immunity.

Back in 1913, Japanese scientist Okamoto Yohachiro discovered the mineral hokutolite in the Beitou stream and the Taipei City government recognised the stream as a protected natural reserve in 2013. The uncommon mineral hokutolite is found only in Beitou and in Japan at Tamagawa onsen in the prefecture of Akita.

Located 550m from Thermal Valley, Beitou Hot Spring Museum is a great place for visitors to continue their exploration of Taiwan's hot spring industry and culture. Built in 1913 as the Beitou Public Bathhouse, this two-storey structure was designated a grade 3 listed historic building by the Ministry of the Interior in 1997, and a year later it was transformed into a museum.

For visitors to enjoy a luxurious bath in an exotic setting, its 1st floor is decorated with Romanesque columns, arches and stained-glass windows in an eclectic fusion of Japanese and Western architecture. On the 2nd floor, an open-air tatami lobby in traditional Japanese-style serves as a gathering area for visitors to participate in various entertainment events as well as a vantage point to take in beautiful views of Beitou Park and the public library.

The museum reopened in 2018 after being closed for an extensive one-year facelift. Its current multimedia exhibition takes visitors back to a time when hot spring resorts mushroomed all over the area in the form of interactive digital games, imitation Japanese-style bathrooms, picturesque backdrops, video presentations and contemporary artworks as well as a collection of artefacts and old photographs. 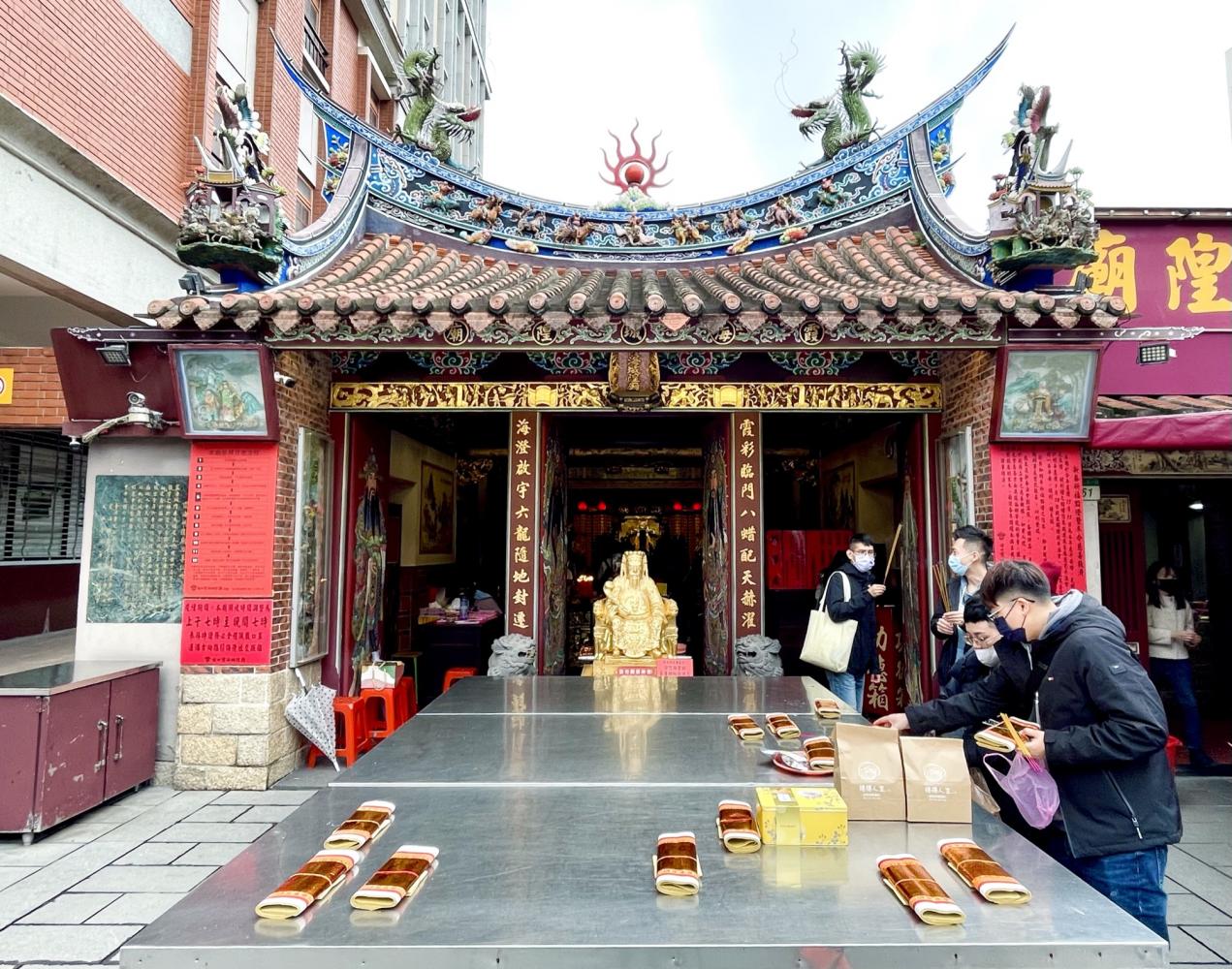 It's only a 2.5km drive from a hot spring museum to Nung Chan Monastery, renowned for its cutting-edge designs that communicate dhamma to uplift the spirit. Known as Dharma Drum Mountain, Master Sheng Yen enlarged the monastery grounds by converting an old farmhouse into a meditation practice centre in 1975. His goal was to show people how to cultivate compassion, examine their thoughts and reconnect with their inner selves.

In 2004, the Taipei City Government added it into a list of historical buildings and Master Sheng Yen's quarters on the 2nd floor allows visitors to catch a glimpse of his humble daily existence with its bed, closet and bookshelf. A brief biographical movie on Ven Dong Chu and Master Sheng Yen is also shown at the Dong Chu Memorial Chamber.

Visible through the windows is the Diamond Sutra façade, suspended with 106 GRC, glass-fibre reinforced concrete plates, which are inscribed with more than 5,000 characters from the Diamond Sutra, a key text for the Chan Buddhist teaching that stresses pointing straight to the mind.

The expansive Water-Moon pool is designed to resemble a mirror that reflects the many variations in the wind, clouds, sky at dusk, and the moonlight, revealing its fascinating facets while prompting people to consider how worldly affairs are just as fleeting as the ephemeral water-borne images and, as a result, to practice letting go without attachment. 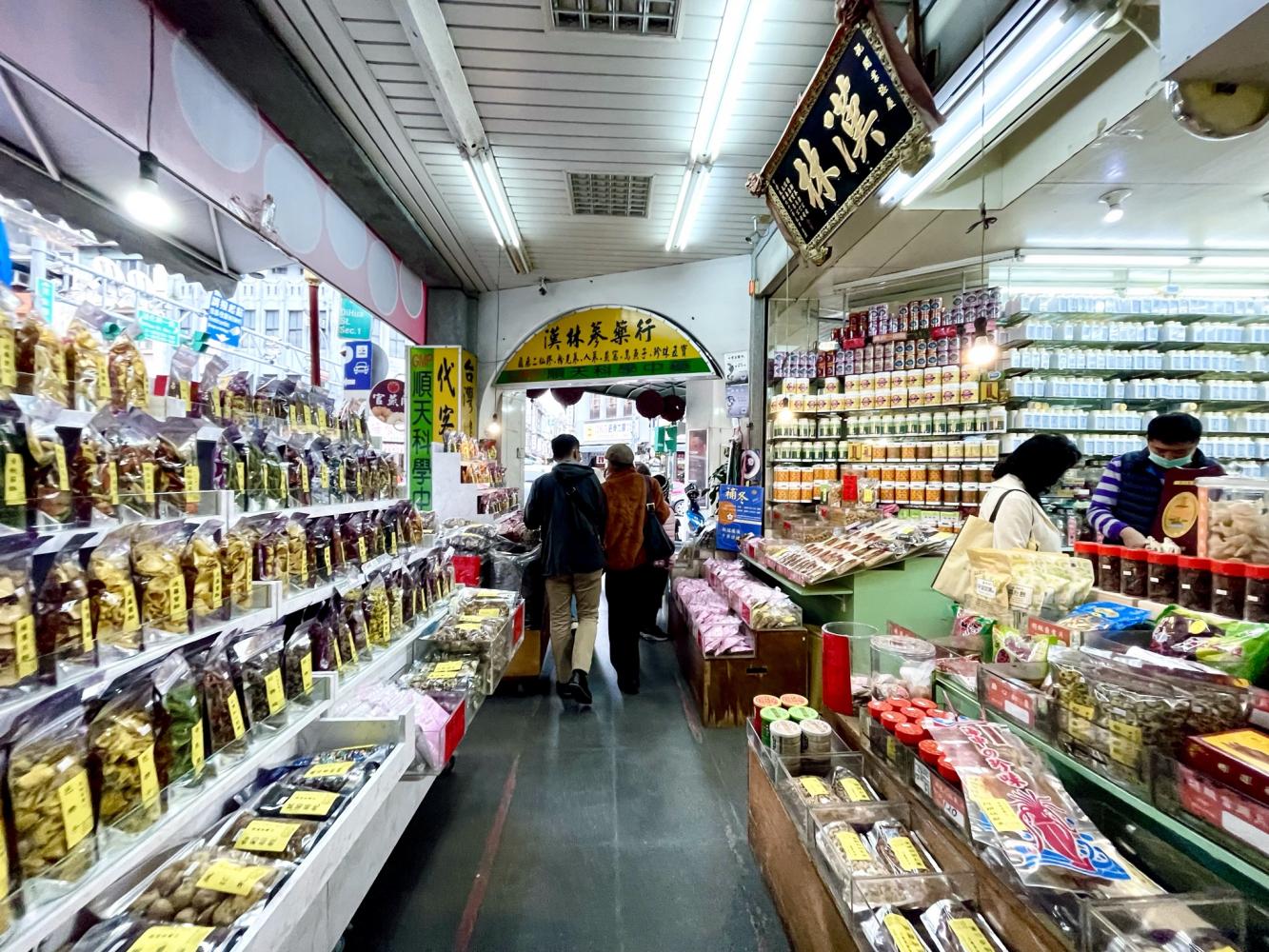 Dadaocheng has served as Taiwan's main wholesale distribution centre for local products like tea, herbal remedies and fabric since the middle of the 19th century. 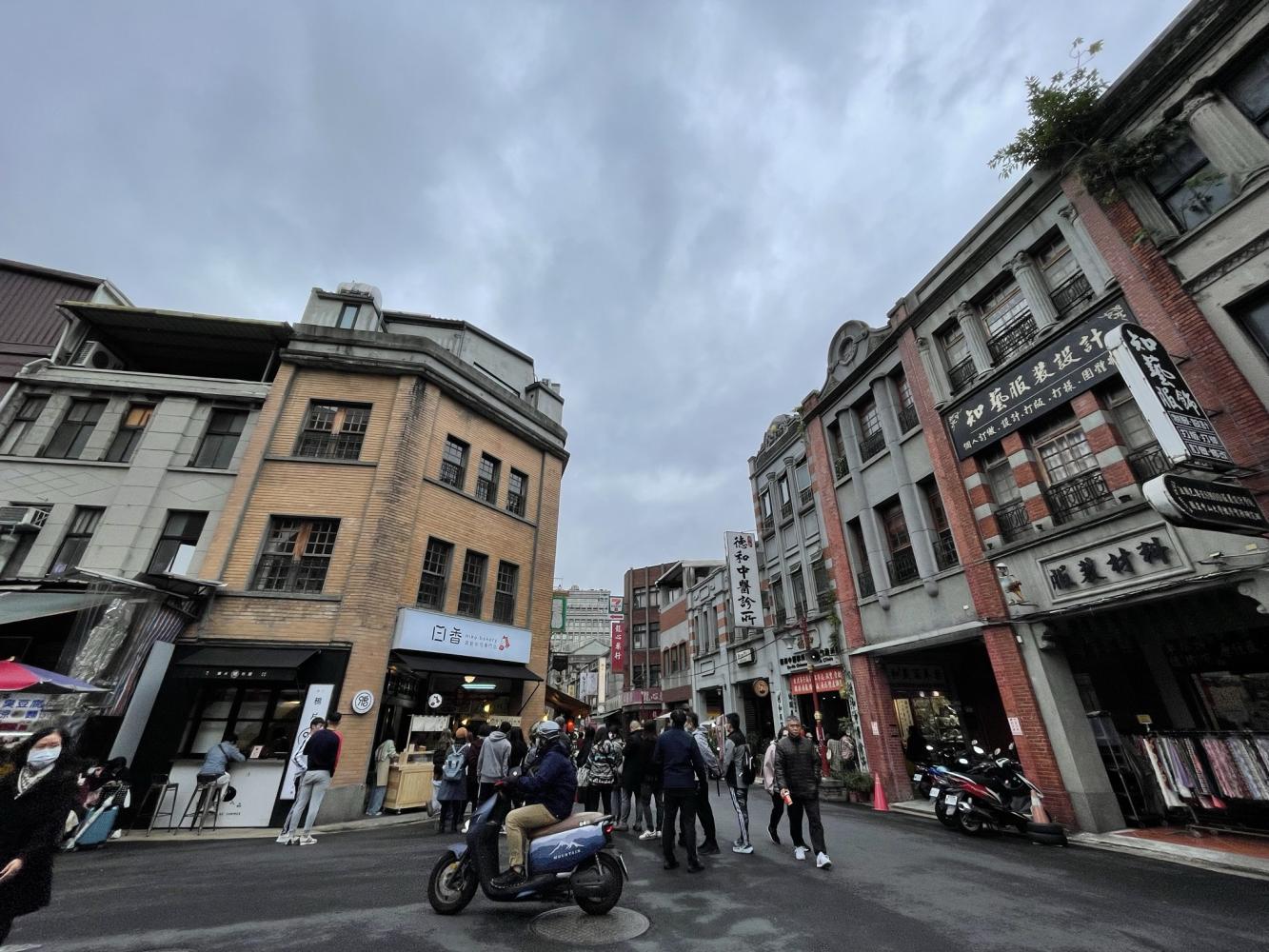 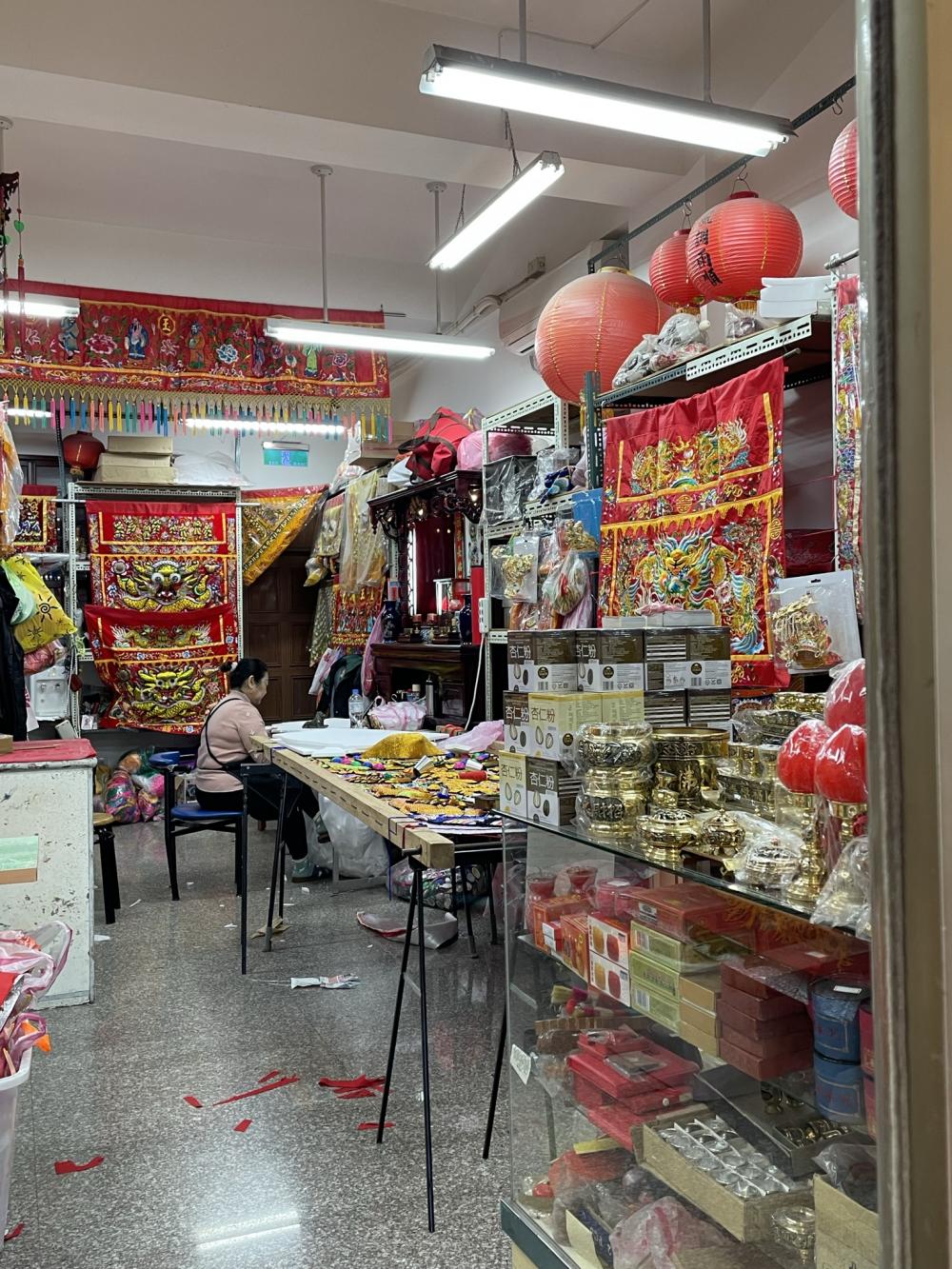 The Main Buddha Hall's exterior design exudes a sturdy energy, while the Heart Sutra is carved onto the inner wall, changing with the movement of natural light to serve as a constant reminder that life's situations are transient, constantly emerging and disappearing.

After lunch, exploring the historic neighbourhood of Dadaocheng is a terrific way to burn calories while learning about Taiwan's commercial history. The advent of a river port in the mid-19th century transformed this area from a huge rice-drying ground into a major wholesale distribution centre for herbal medicines, tea, textiles, rice and other regional goods.

In recent years, many multi-generation family businesses have undergone renovations to give a modern yet classic look, and inventive entrepreneurs have transformed some old houses into chic tearooms, handcraft souvenir shops, bookstores and restaurants, making this area a showcase of new-era design flair and innovation.

The sacred Xia-Hai City God Temple stands at the heart of the neighbourhood and serves as a guardian. In 1856, Su Fei-Ran donated his land while traders Chen Jin-Rong and Lin You-Zao contributed money to construct this Hokkien-style temple. It was designated a class 3 relic in 1975 and houses statues of Xia-Hai City God and the Old Man Under the Moon, to whom local pilgrims come to pray for soulmates and fortune.

The historic Gao Jian Bucket and Lin Feng Yi stores, which provide a large selection of handcrafted bamboo-woven appliances, home décor items and other miscellaneous goods at affordable prices, are nice places to check out if you're looking for some Taiwanese-style souvenirs. 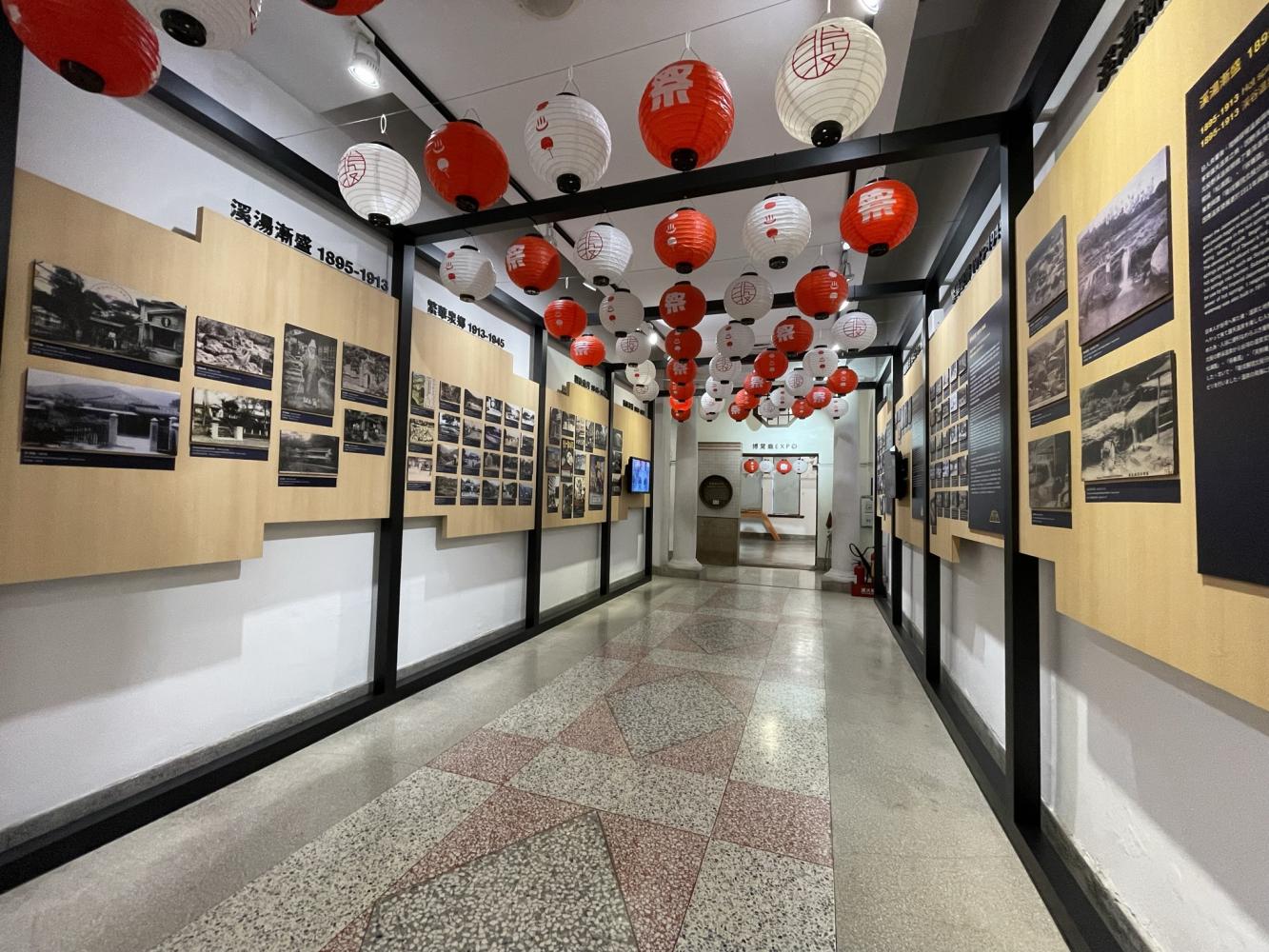 The old public bathhouse has been turned into the Beitou Hot Spring Museum to showcase the history of Taiwan's hot spring industry and culture. 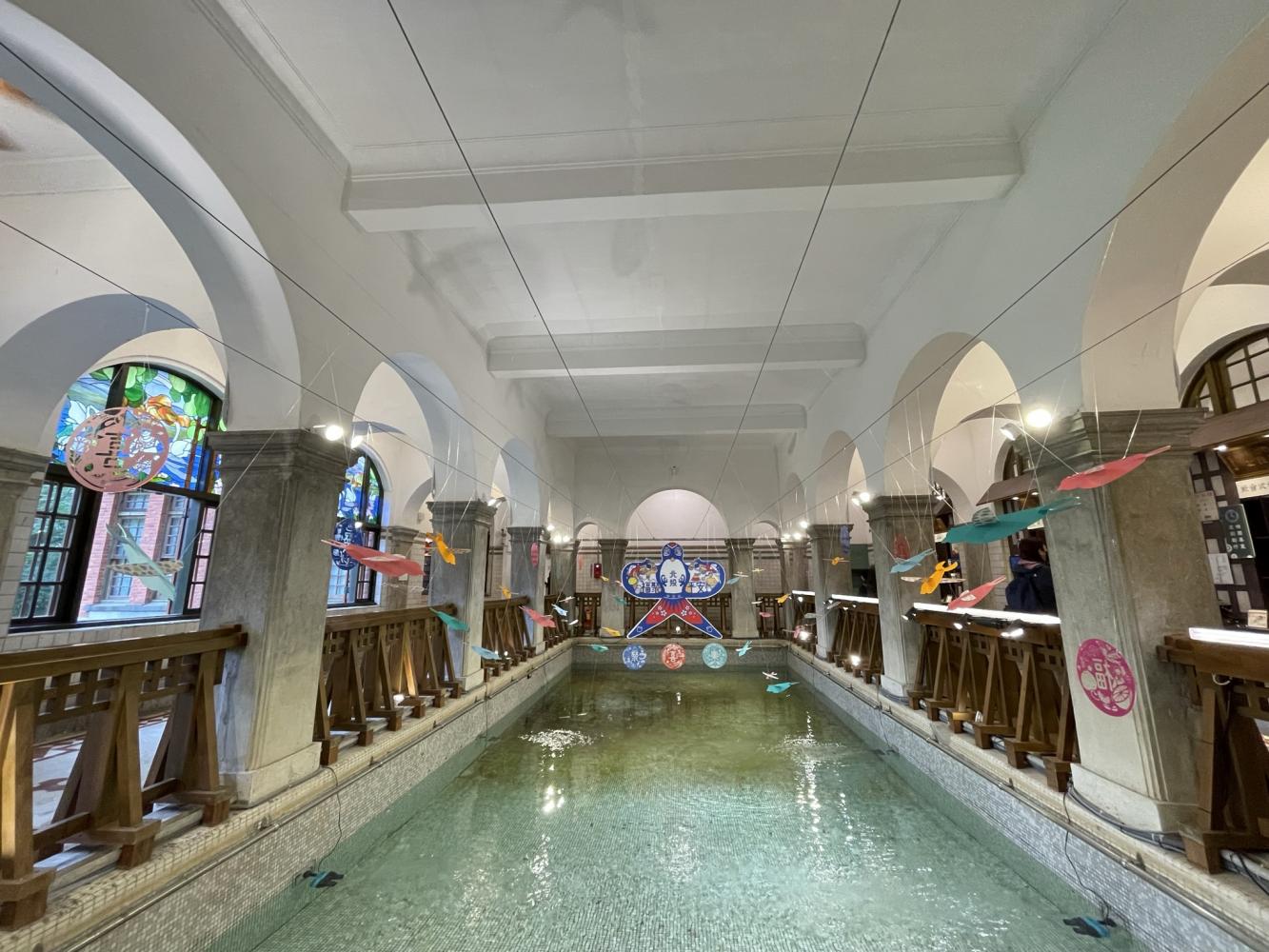 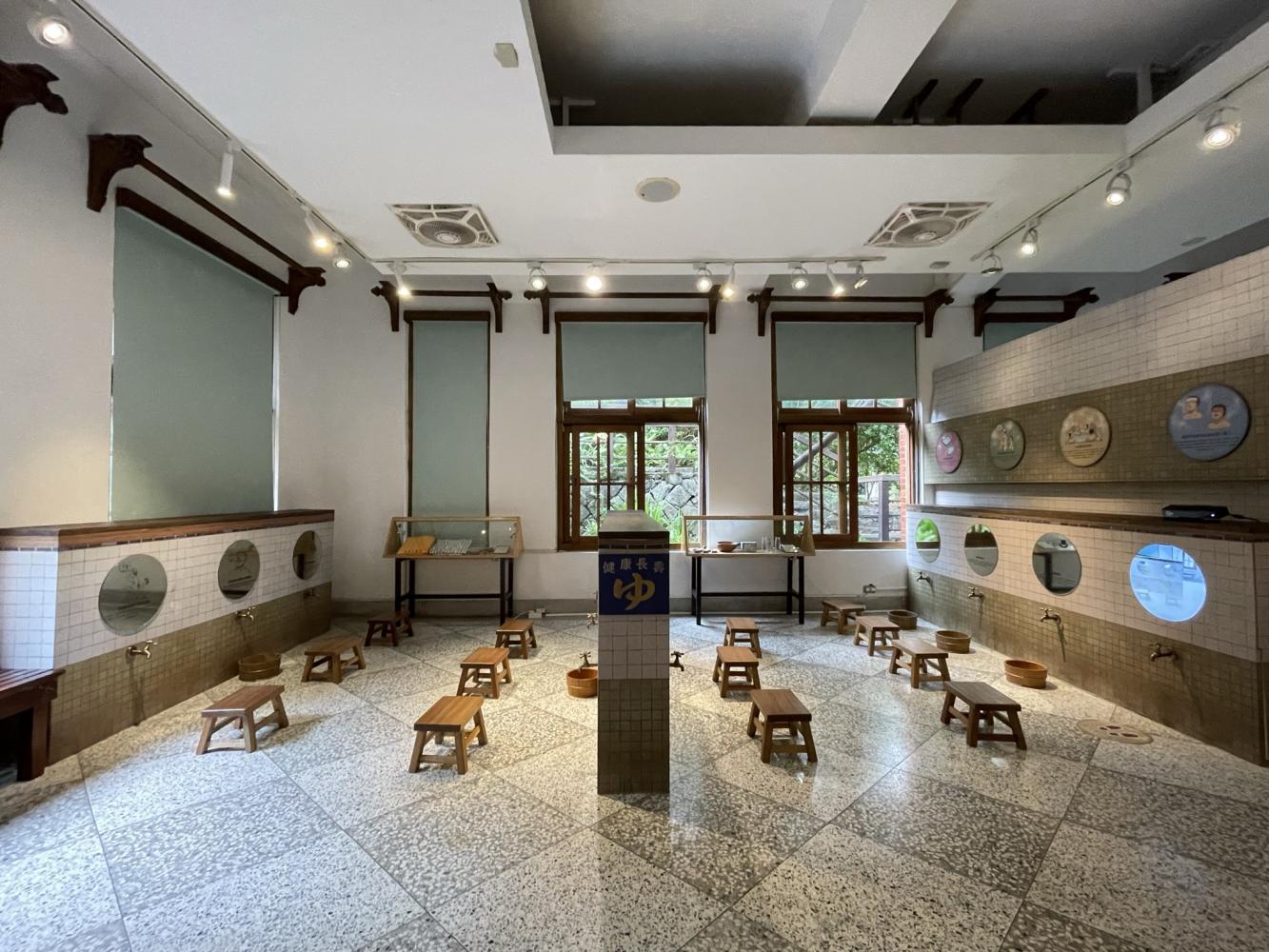 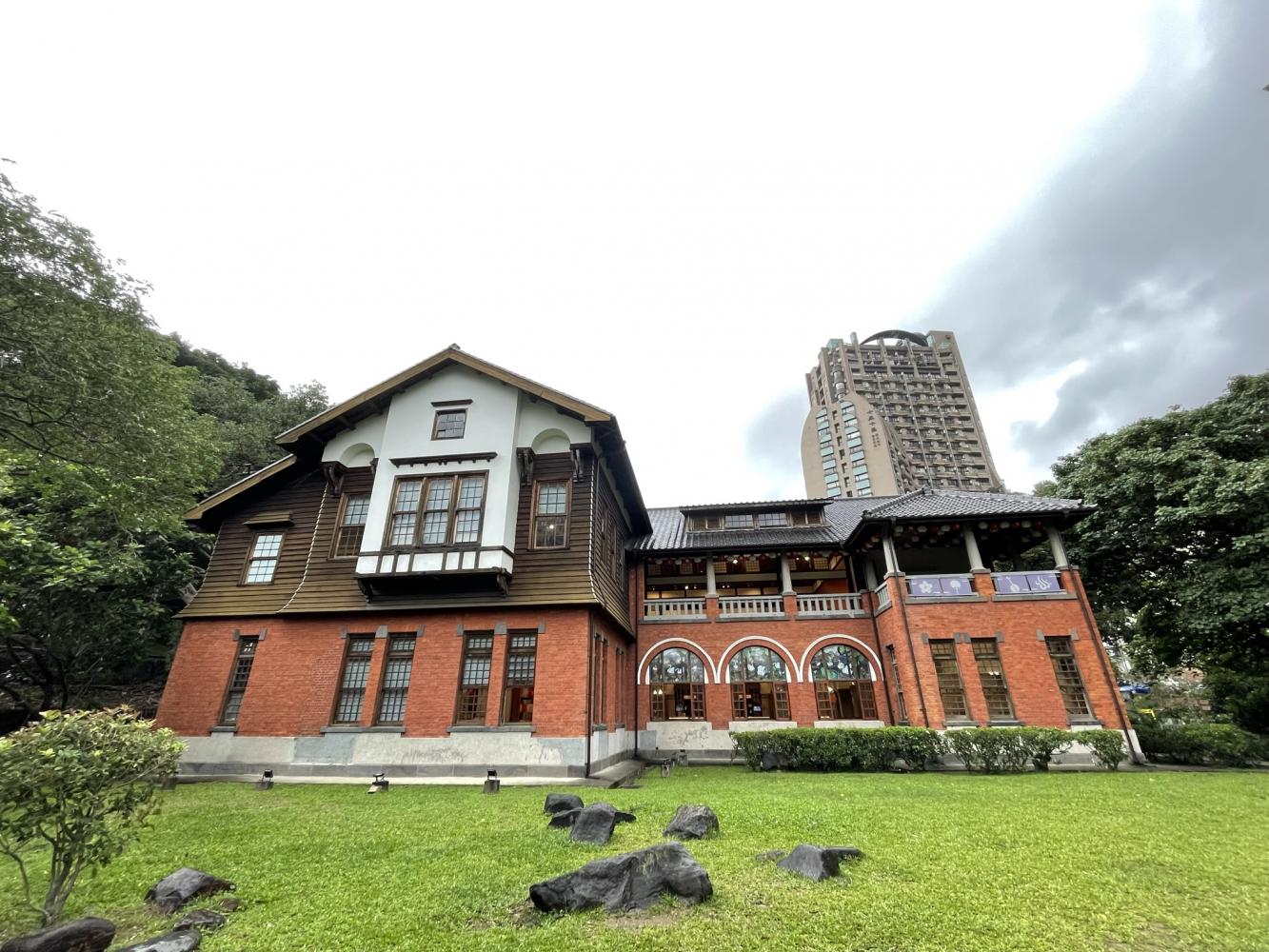 The century-old Lao Mian Cheng allows shoppers to observe how to craft a collection of traditional Chinese-style paper lanterns and Chen Wey Teahouse offers a selection of high-quality Taiwanese teas. Alternatively, you can make a stop at the century-old Li Ting Xiang and savour old-fashioned flavours like sachima and cakes including pingxi, zhuangyuan, pingan and mung bean.

When the sky began to grow darker, I didn't miss the opportunity to take in the festive atmosphere at 2022 Christmasland in New Taipei City, which stretched from New Taipei City Plaza, Wanping Park and Banqiao Station Square to the Fuzhong commercial district.

Skyscrapers were transformed into a gigantic screen for the Disney+ Carnival 3D projection mapping show, while streets and public places were illuminated with a collection of 45 light installations featuring a cast of well-known cartoon and movie characters from Disney, Pixar, Marvel and Star Wars.

The following morning, I departed early to take the high-speed train to the old town of Chiayi that is home to Hinoki Village. Part of the Chiayi City Urban Renewal Project, it's a collaboration of the Chiayi Forest District Office of Forestry Bureau, Council of Agriculture and the Chiayi City Government to transform a collection of 28 old wooden Japanese-style dorms from the colonial era into a cultural and creative space.

Visitors can imagine themselves in the Japanese colonial period while touring the T25 Forestry Historical Museum; T23 Mianyue Chamber, which serves as a reading room and studio for artists-in-residences; T24 Official Residence of Director with temporary exhibitions; T19 Forest Club; and a large pool landscape and the Maneki Neko shrine. Evoking pleasant memories, a row of cafes, apparel stores, a photo studio, jewellery stores, handcrafted gift shops and Japanese patisseries are all decorated in a vintage-inspired style. 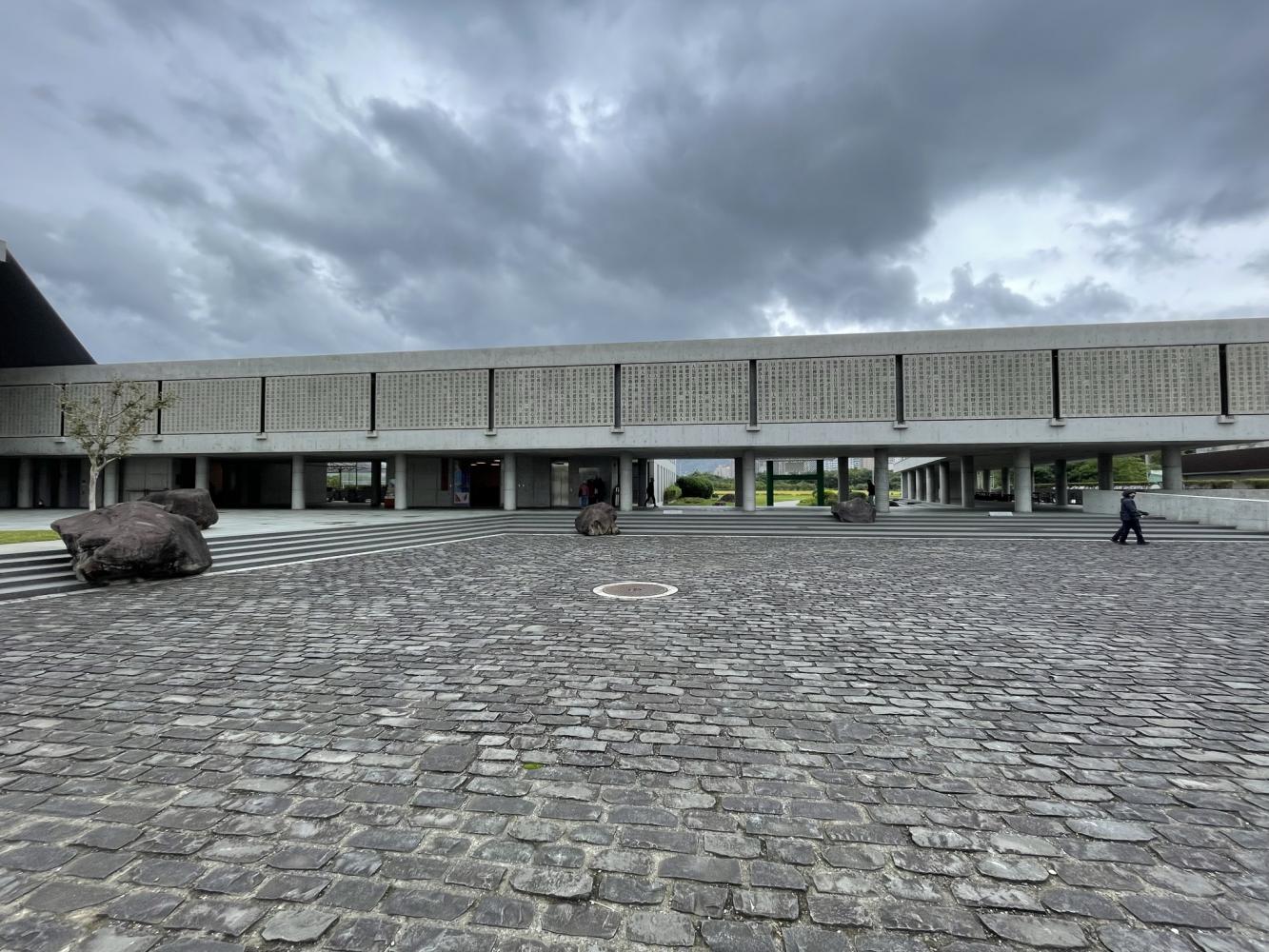 Then I headed to Beimen Station, which was close to a village, and took a train ride to Chiayi Station, which was built in the early 1910s. Decades later, 40% of its structure was destroyed by fire in 1998, and Chiayi Forest District Office repaired it, but the so-called "921" earthquake in 1999 completely ruined it. It's a leisurely 15-minute journey over the 1.6km railway track, through a railway garage park where tons of plants were formerly transported.

In the late afternoon, I had a chance to attend the opening ceremony of the annual Chiayi City International Band Festival as it returned to mark its 30th anniversary. This year, 43 musical groups from schools and universities in Taiwan as well as Ukraine and Jakarta marched in a colourful procession from the Chiayi Central Fountain to the Chiayi City Municipal Stadium to show off their talents.

I ended my day by strolling through the crowded Wenhua Road Night Market and enjoying some street food at Smart Fish. Established in 1953, this restaurant has been recognised for its mouth-watering fish-head stew, which was highlighted on Netflix's Street Food documentary series in 2019. 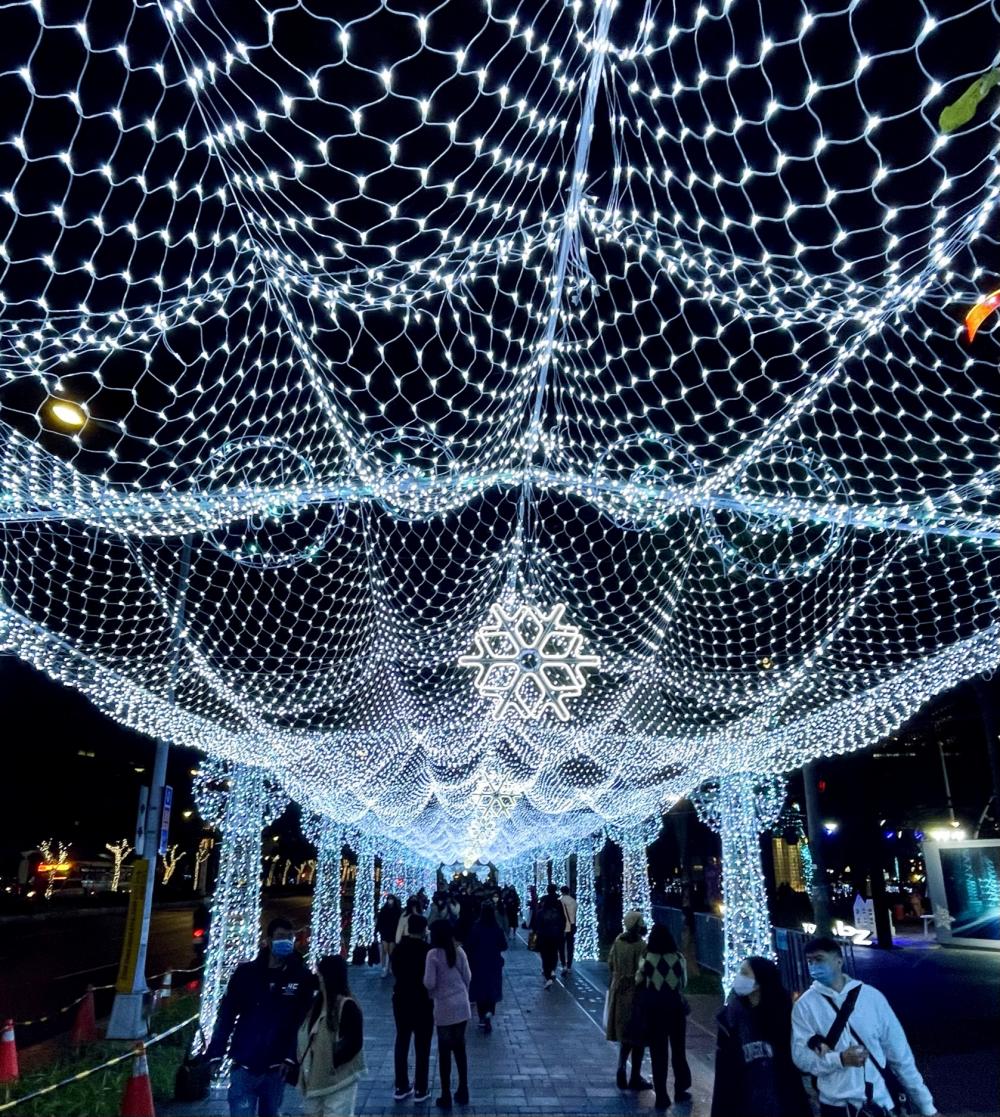 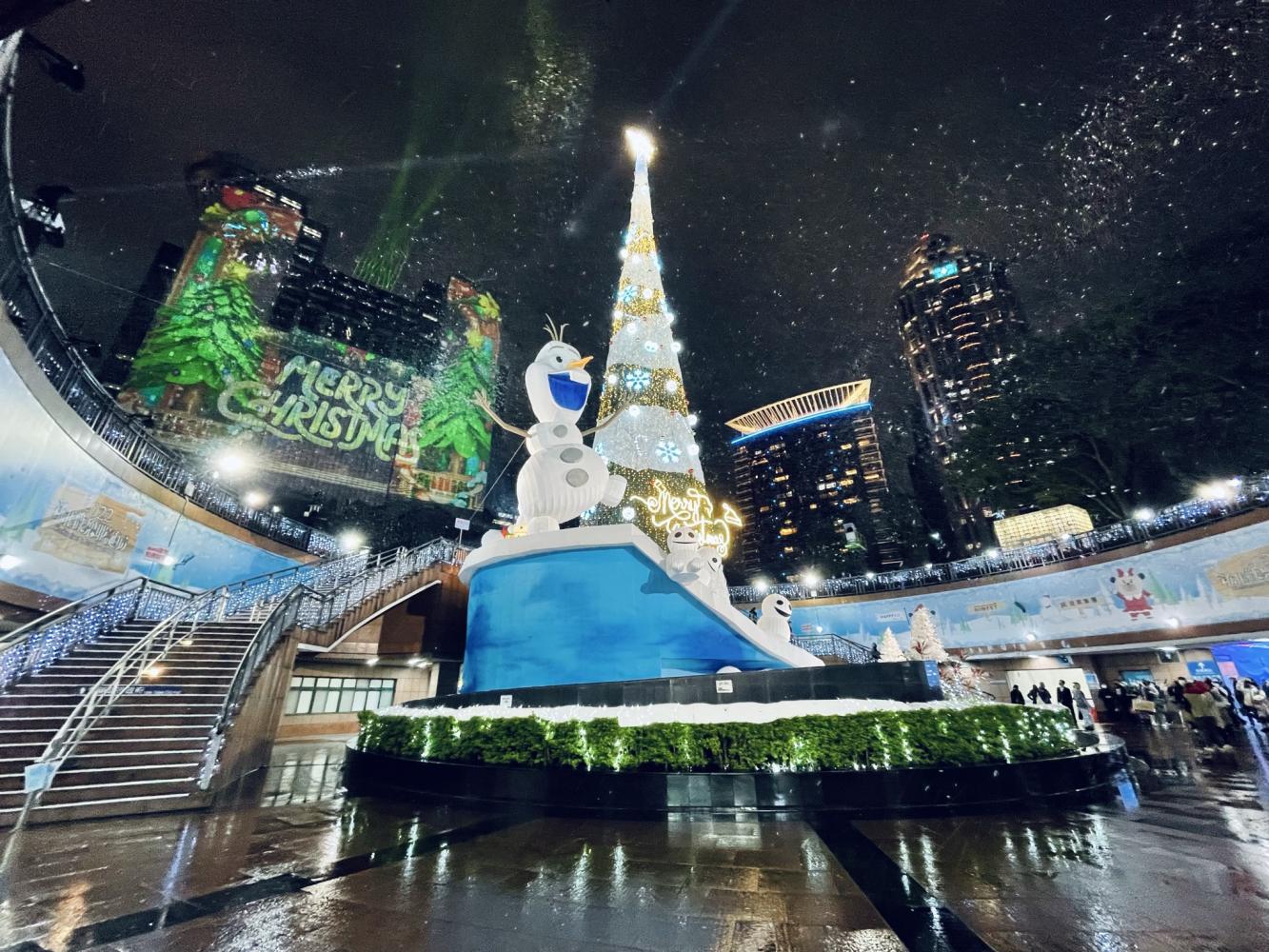 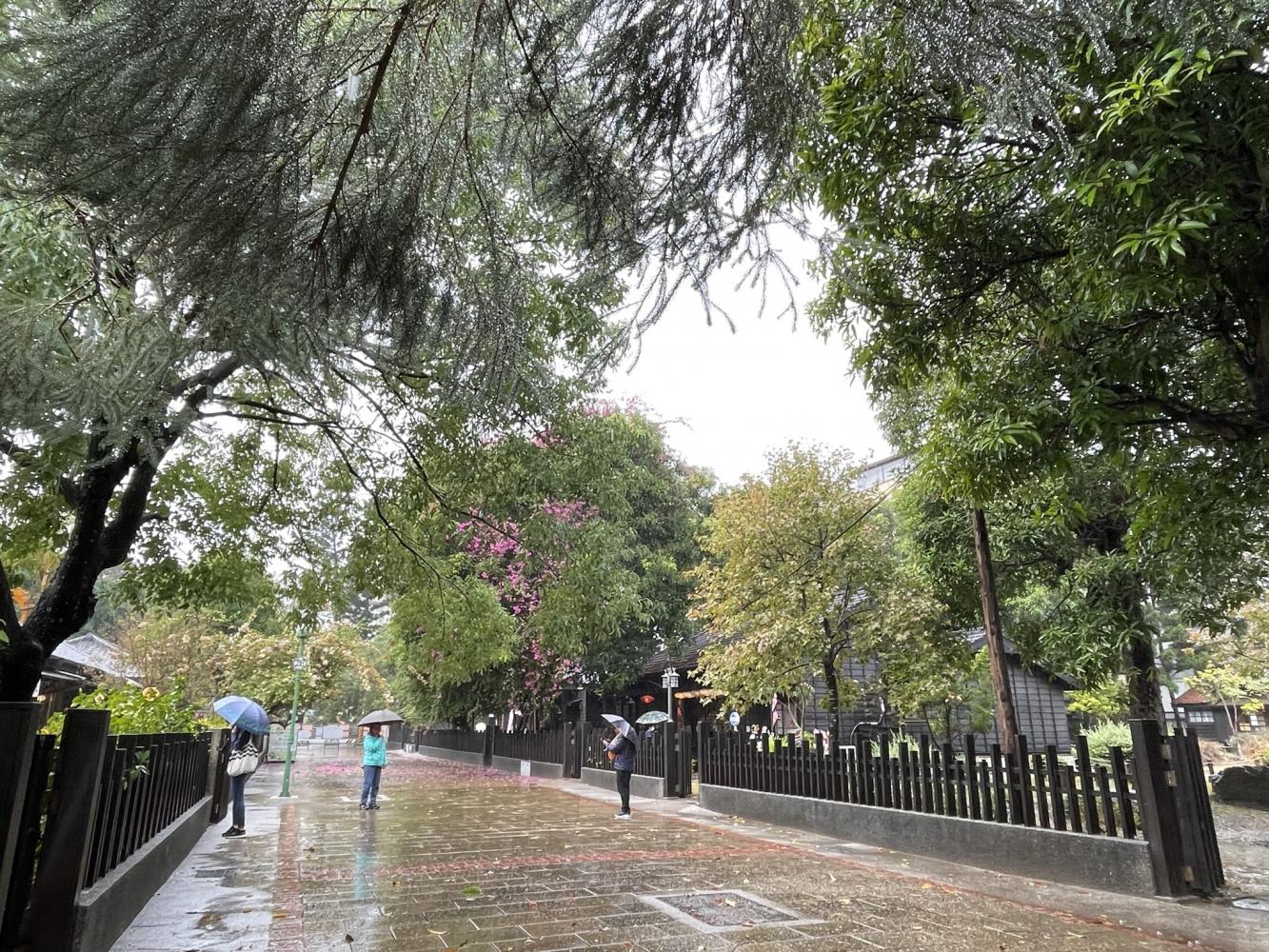 Chiayi's old dorms from the Japanese colonial period have been transformed into Hinoki Village. 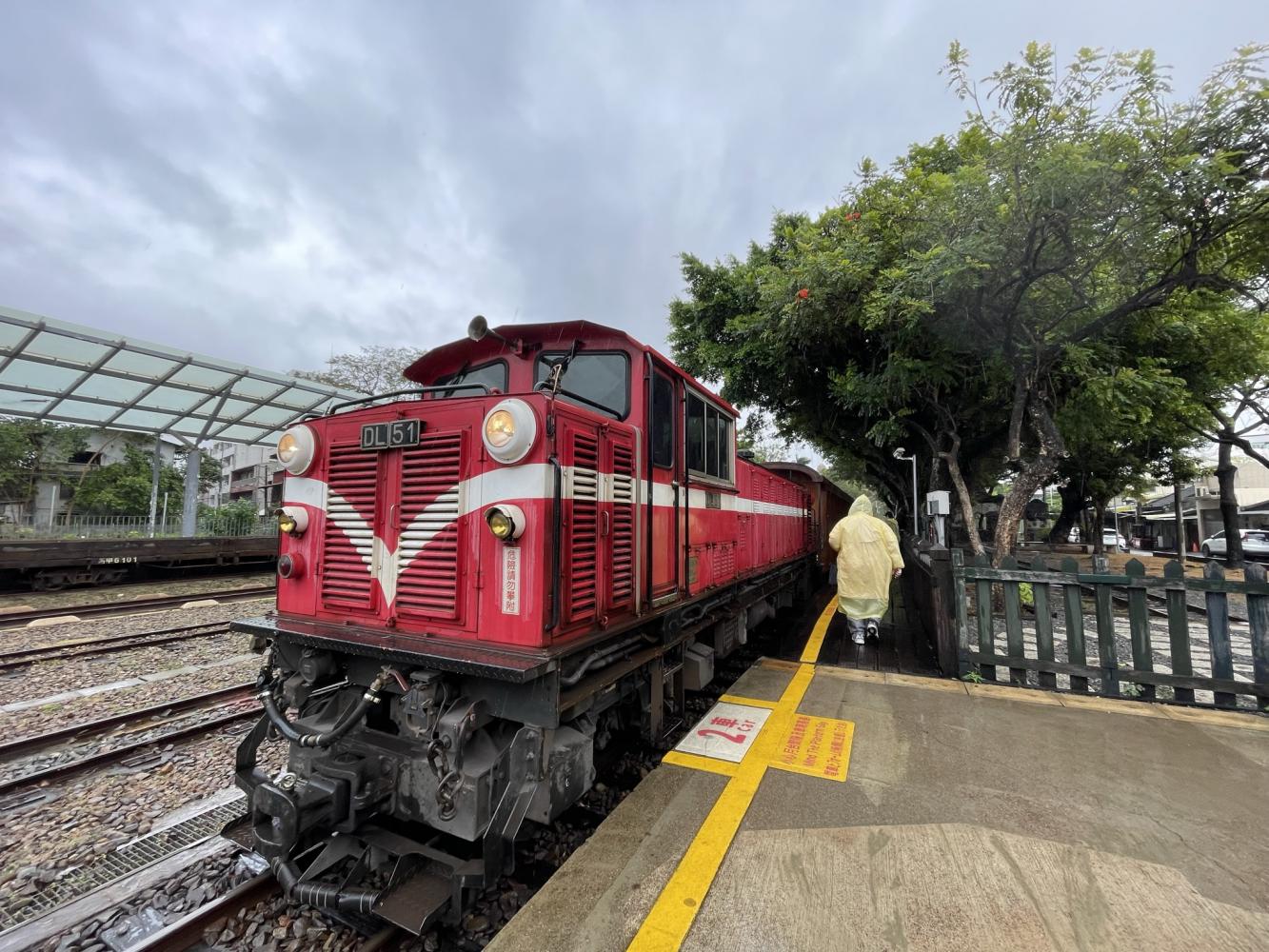 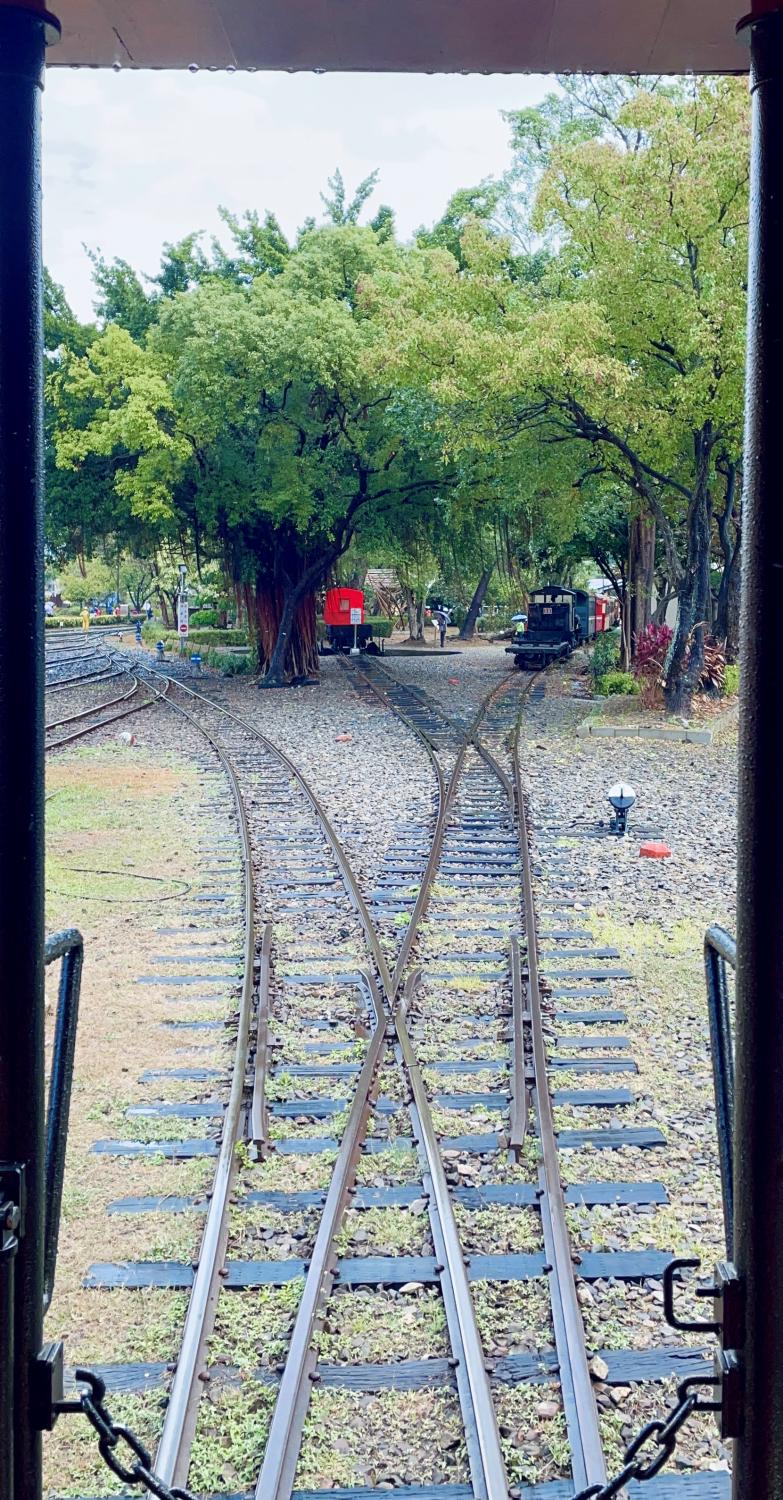 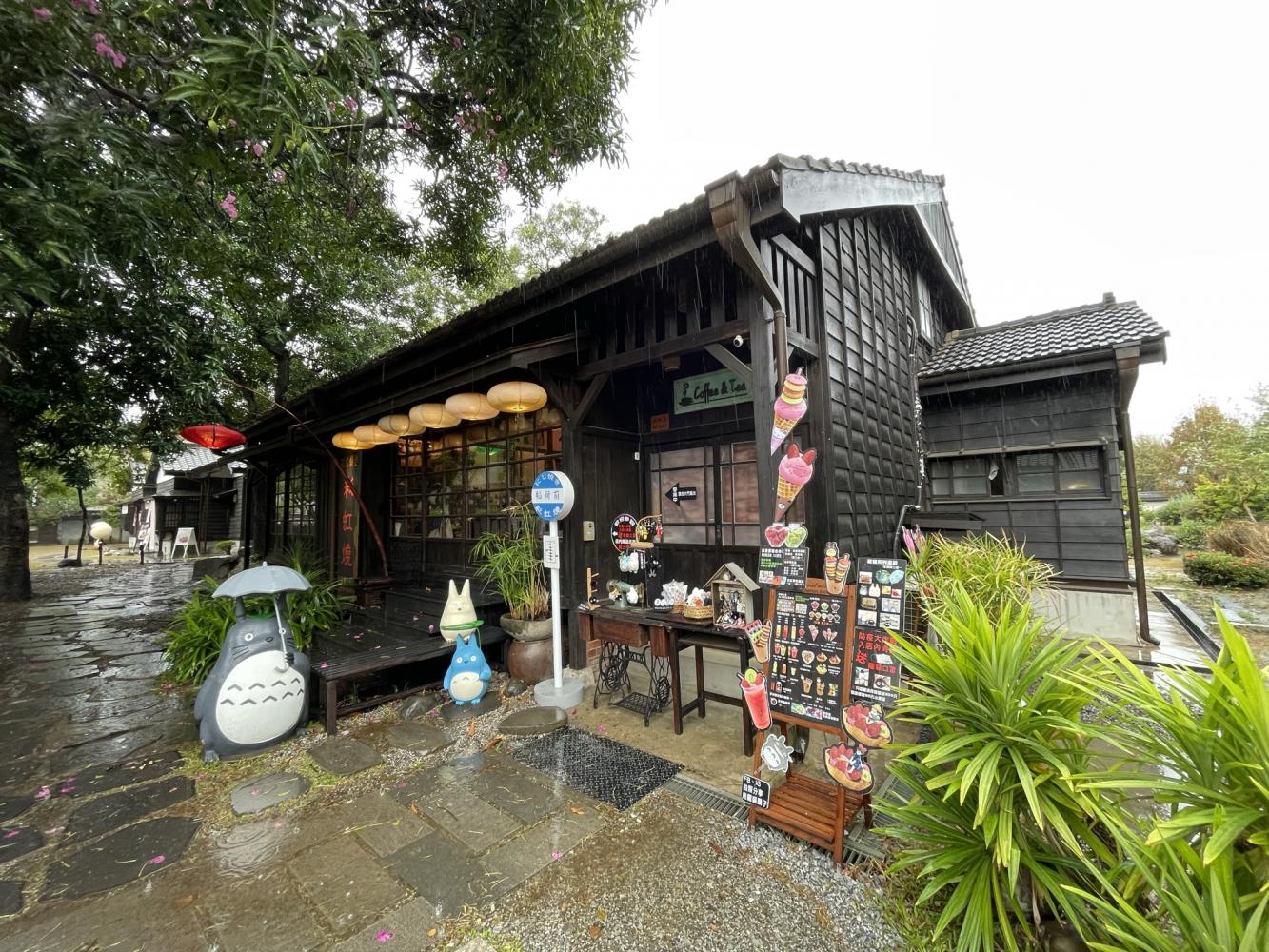 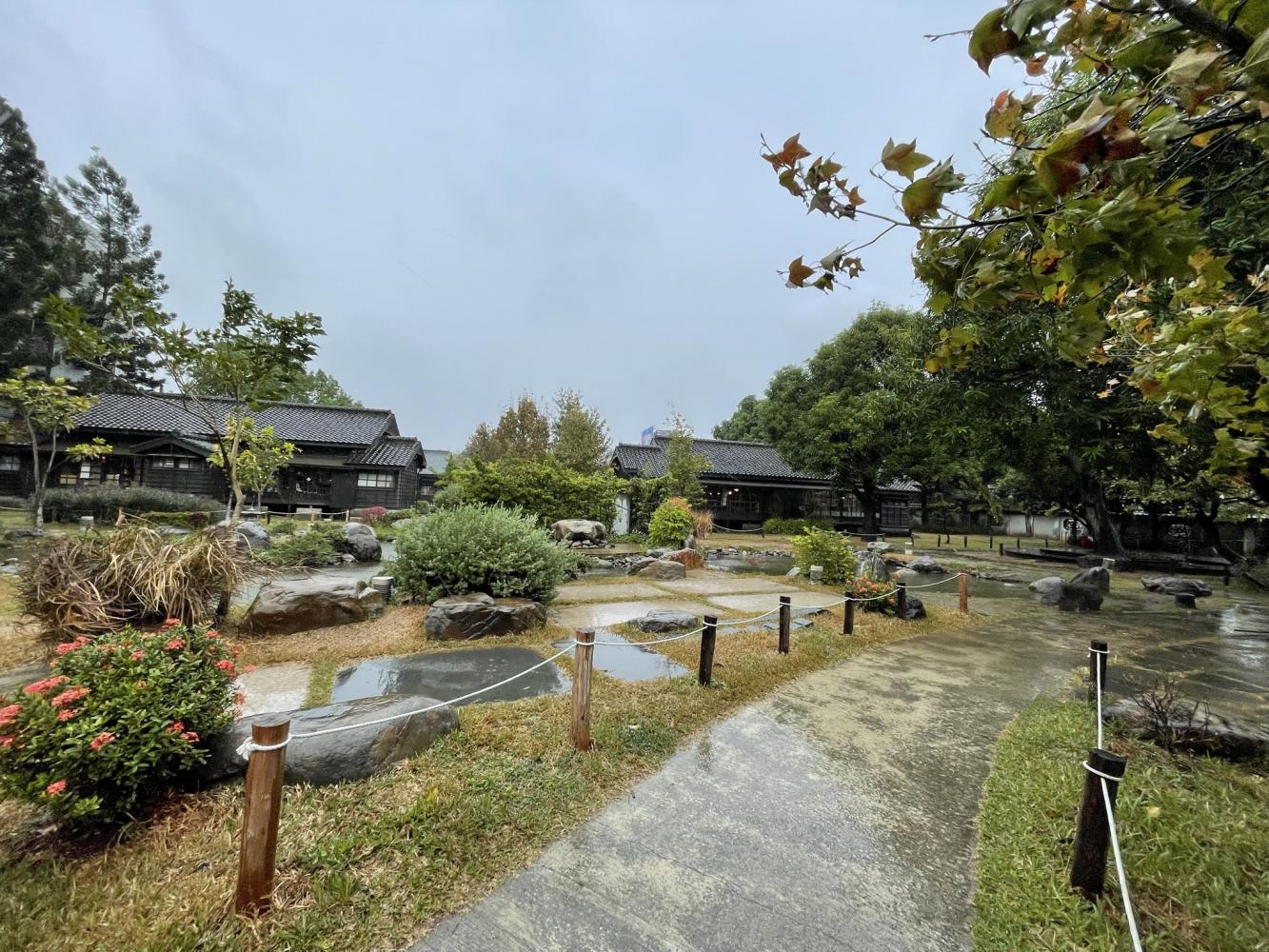 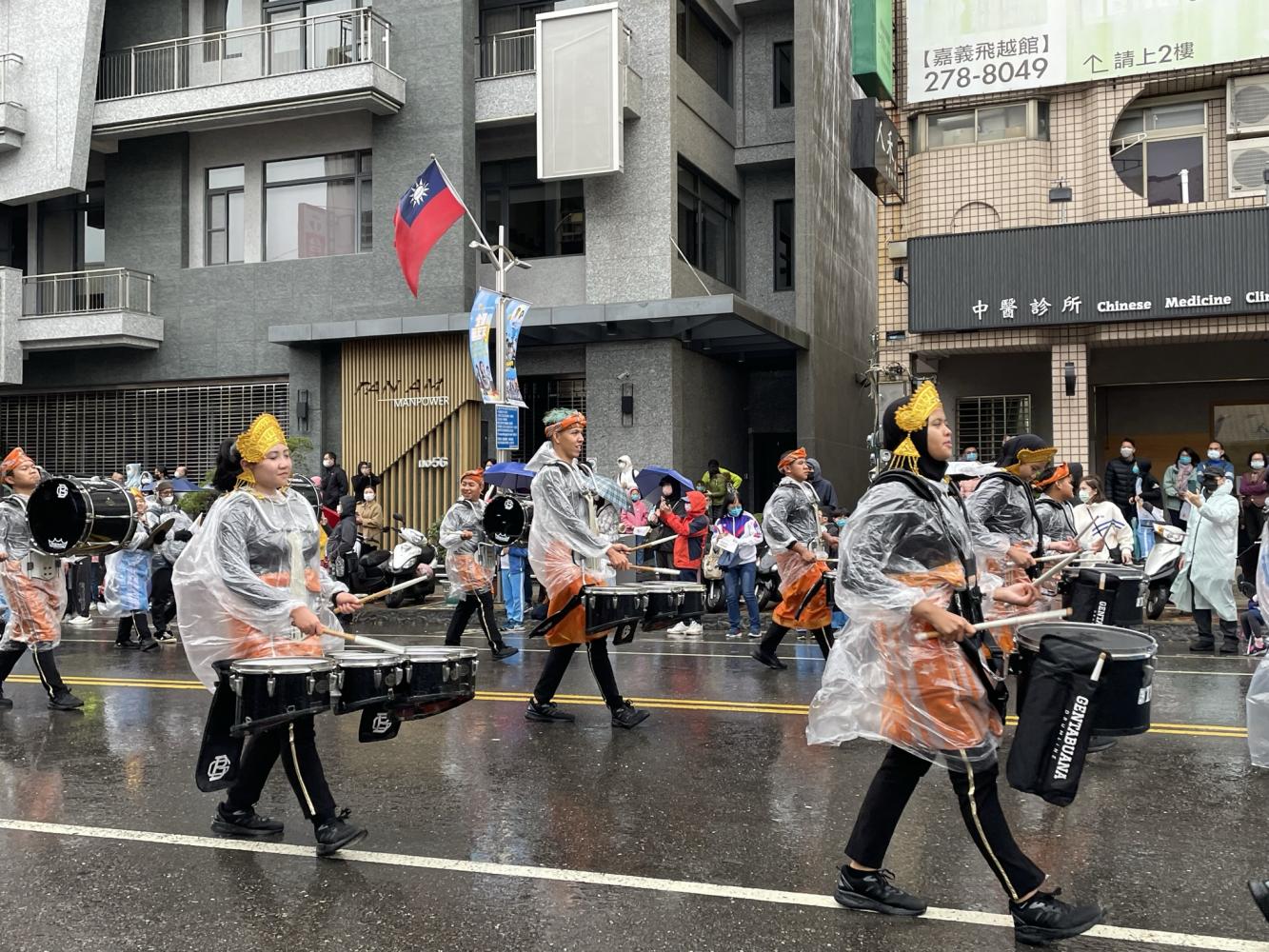 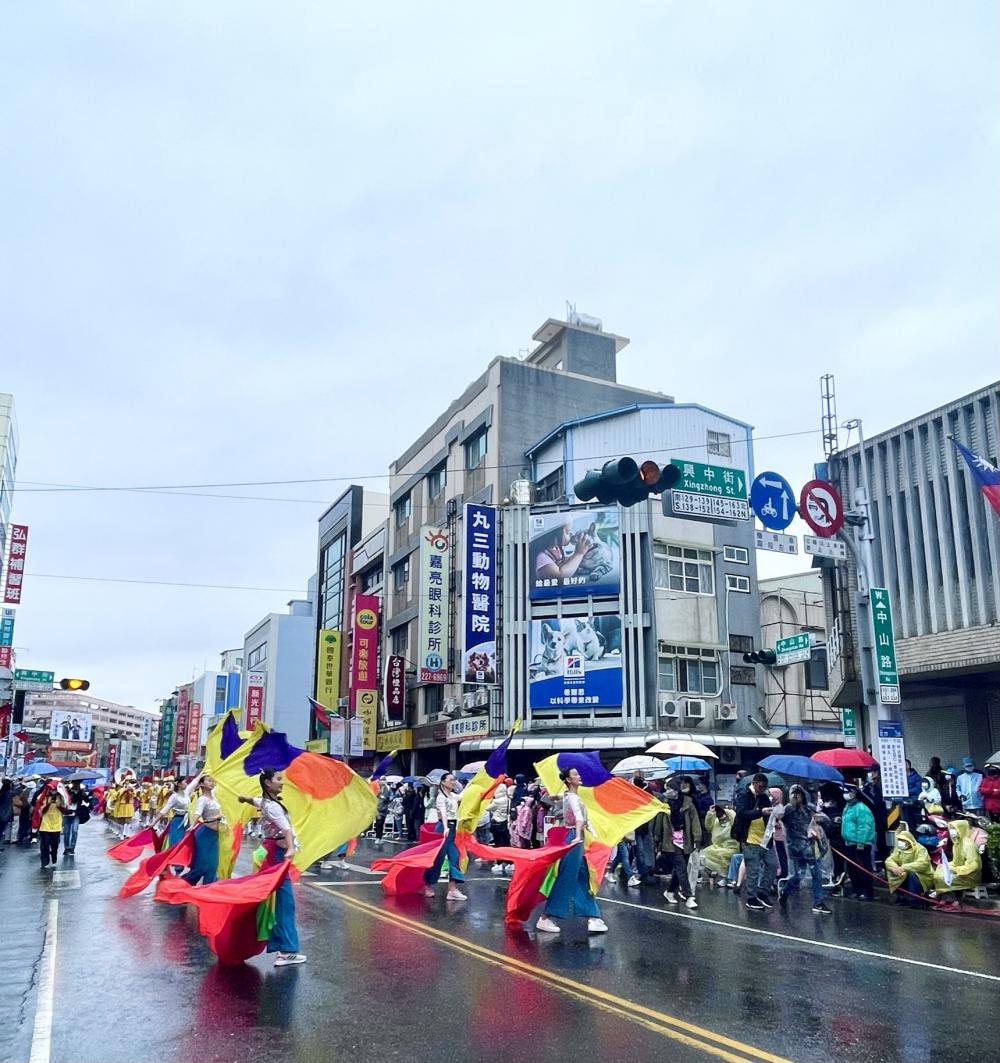 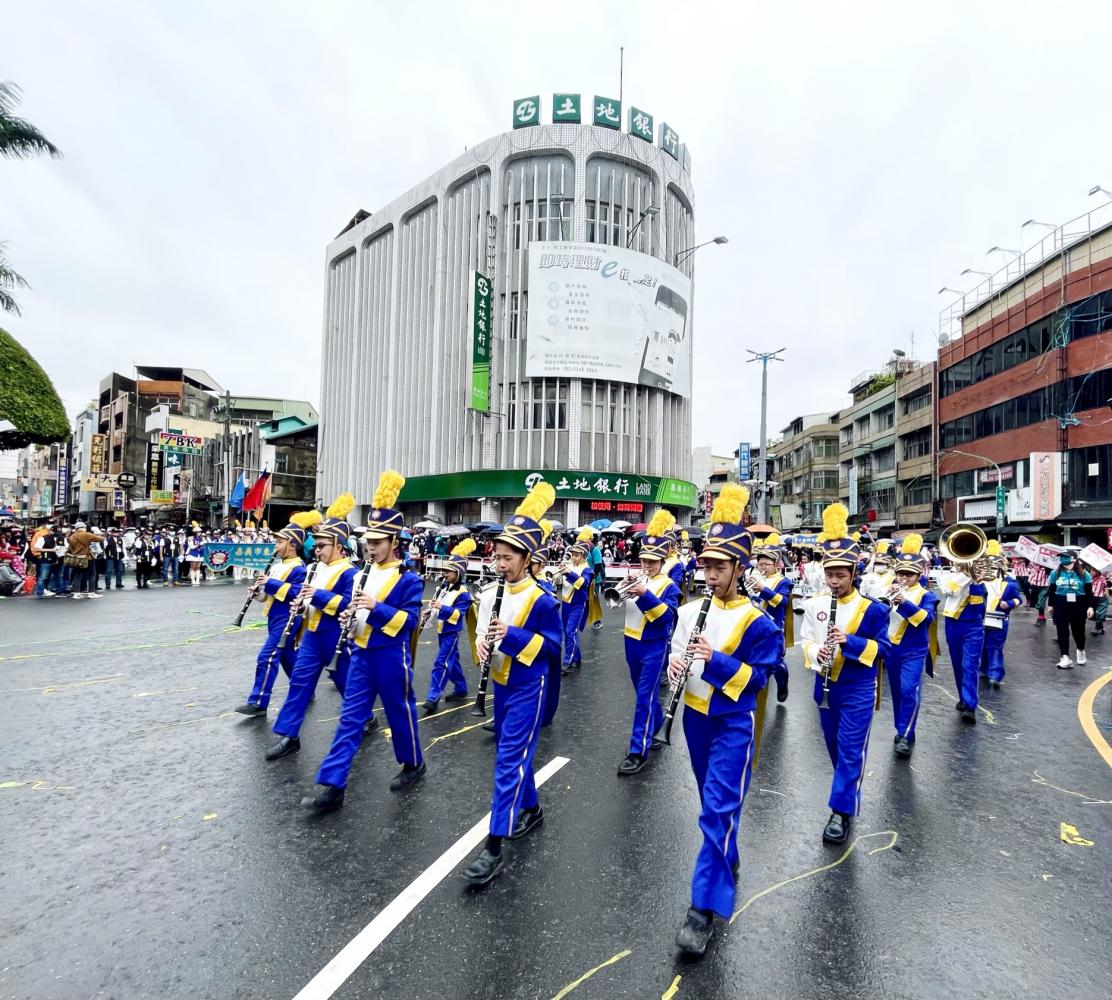 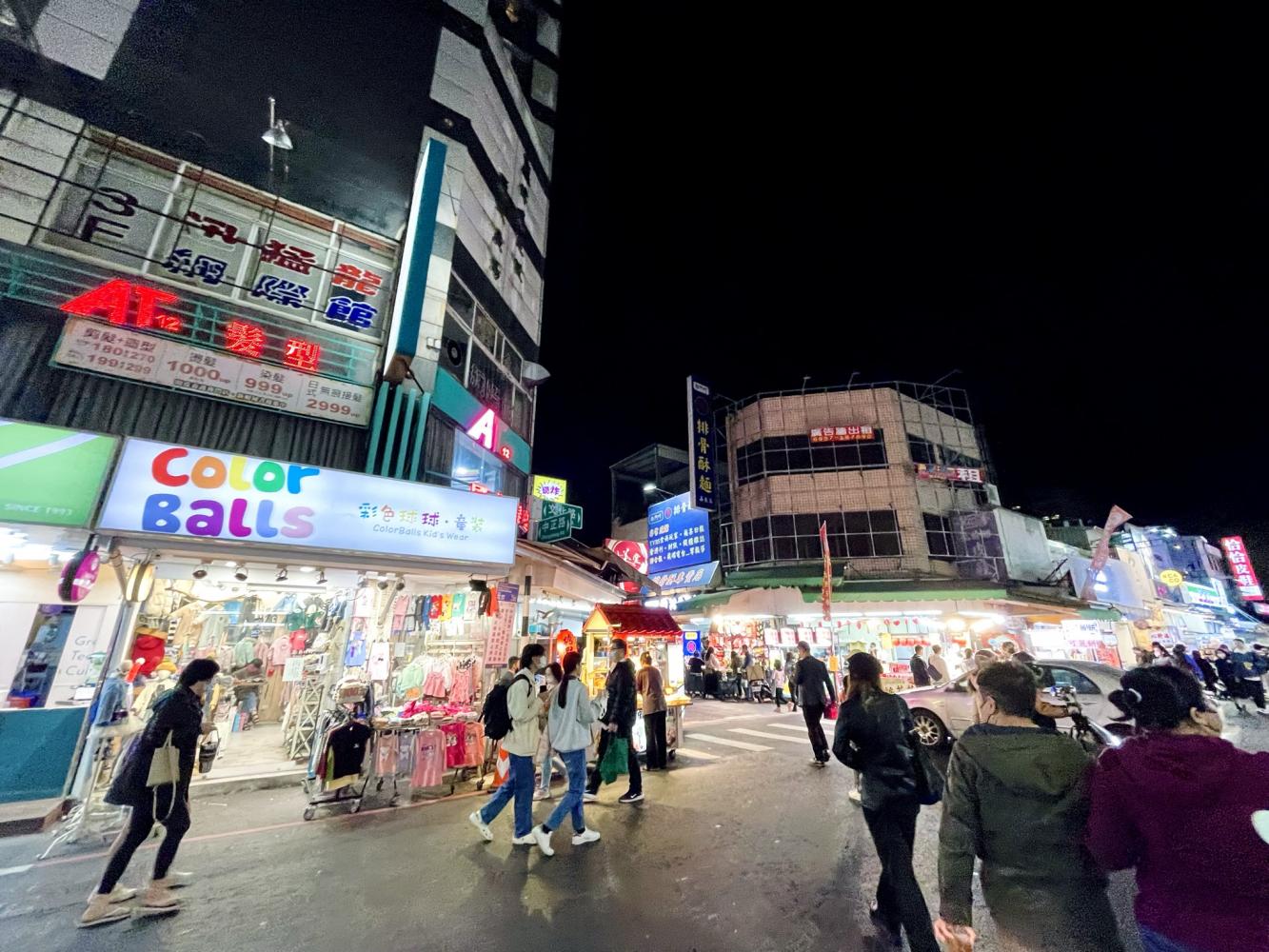 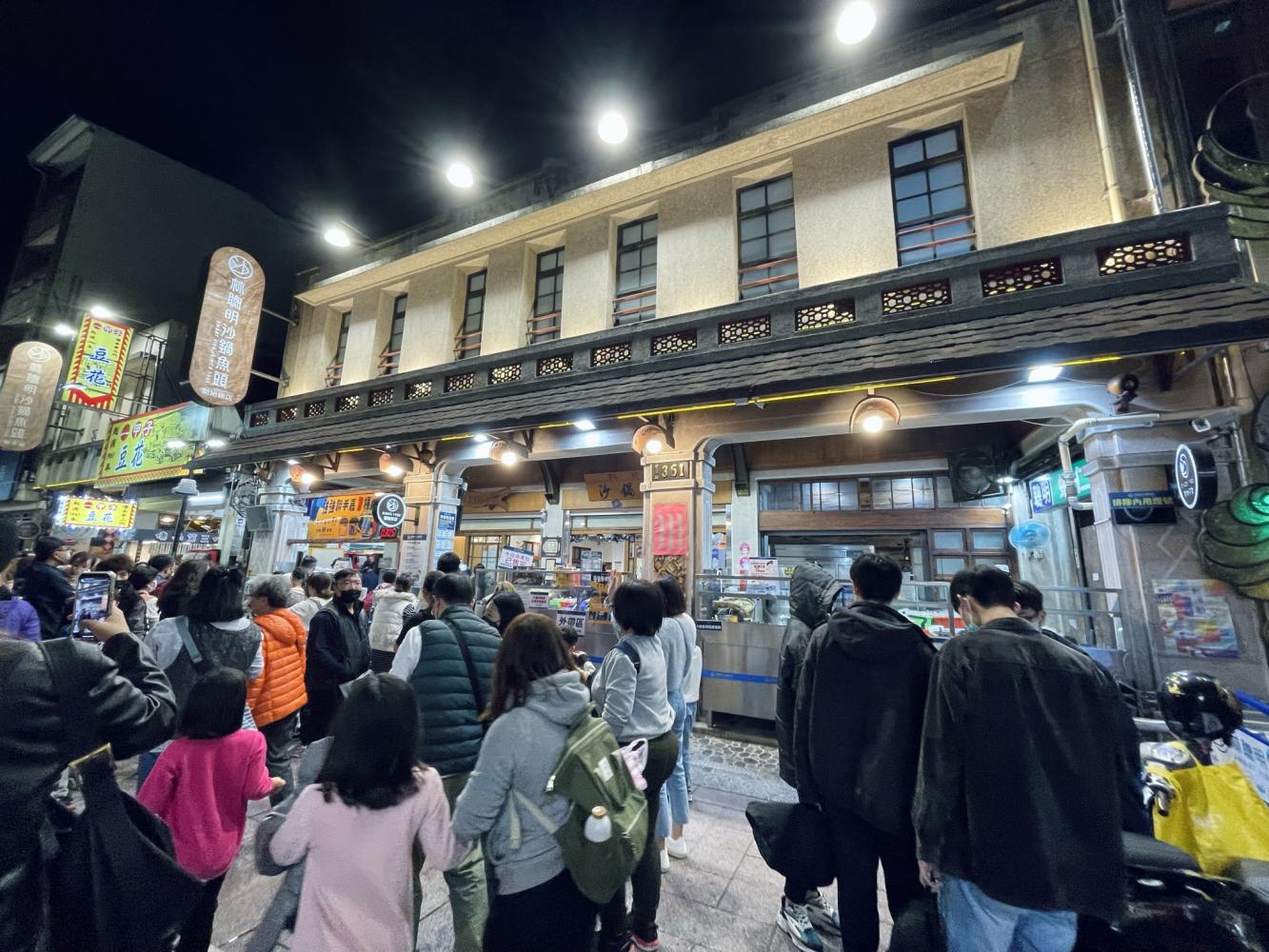 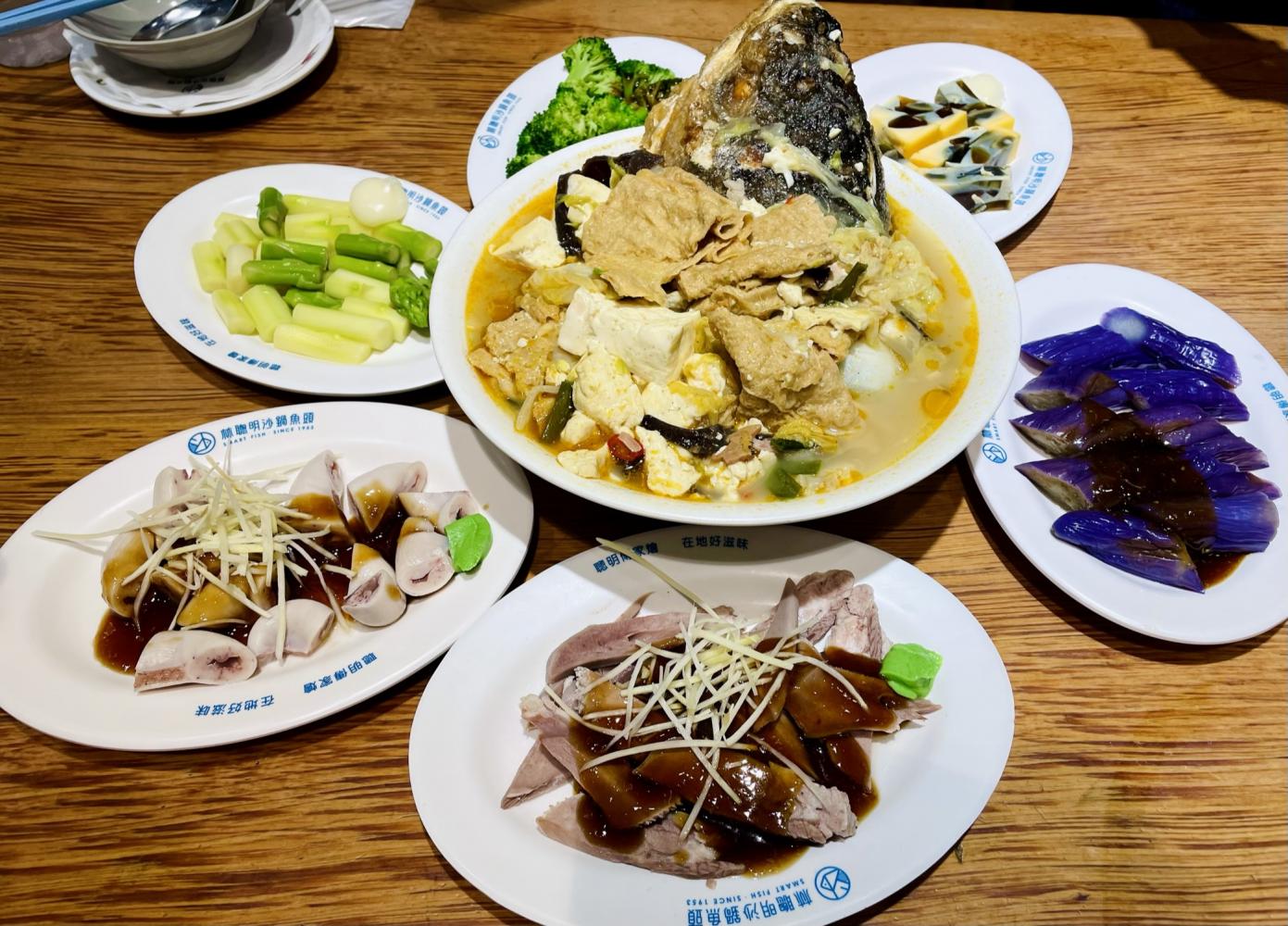 Smart Fish is known for its fish-head stew.