Michael Gove, Secretary of State for Justice, and Home Secretary Theresa May are in the race for the Conservative Party's leader. (AP and EPA photos)

LONDON - The race to become Britain's next prime minister took a dramatic last-minute turn with former London Mayor Boris Johnson -- considered a front-runner -- ruling himself out of the race after the defection of a key ally on Thursday.

Mr Johnson, a prominent campaigner for British withdrawal from the European Union, told a news conference that the next Conservative Party leader would have needs to ensure Britain's standing in the world.

"Having consulted colleagues and in view of the circumstances in Parliament, I have concluded that person cannot be me,'' he said.

Mr Johnson dropped out after Justice Secretary Michael Gove, Mr Johnson's ally in the EU "Leave" campaign, astonished the political world by announcing that he was running to succeed Prime Minister David Cameron.

Home Secretary Theresa May and Work and Pensions Secretary Stephen Crabb are also in the race.

The winner of the contest, to be announced Sept 9, will become prime minister and play a vital role shaping the nature of Britain's relationship with the European Union after last week's Brexit vote ended the career of Mr Cameron, whose bid to keep Britain in the EU block failed.

The bookies' early favorite is Ms May, who is seen by many in the party as a safe pair of hands as the country struggles to disentangle itself from the EU.

"This is not a normal leadership held under normal circumstances,'' Ms May said in a speech Thursday in London. "The result means we face a period of uncertainty we need to address head on.''

Although Ms May had offered a tepid endorsement of Britain's place in the European Union during the referendum campaign, she was clear that the vote would be respected.

"The United Kingdom will leave the EU,'' she said, pledging to create a brand-new government department devoted to negotiating Britain's "sensible and orderly'' departure from the 28-nation bloc.

Boosting Ms May's chances was a last-minute falling out between her two leading competitors -- Mr Gove and Mr Johnson -- who had campaigned together to yank Britain from the EU.

In a statement, Mr Gove said he would pursue the prime minister's post after concluding that Mr Johnson "cannot provide the leadership or build the team for the task ahead".

Mr Gove's camp has declined to comment on the missive.

The opposition Labour Party is also is extreme disarray, with leader Jeremy Corbyn facing intense pressure to resign after losing a confidence vote. He has lost the support of the party's lawmakers but claims the rank and file still back him

He is expected to face a formal leadership challenge in the coming days. He has faced heavy criticism for failing to campaign effectively in support of keeping Britain within the EU. 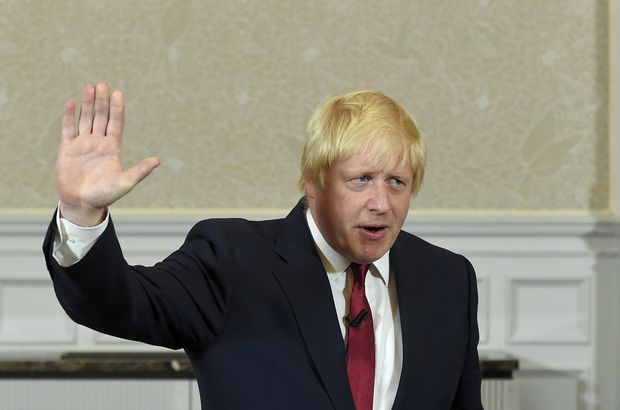