Vientiane Rescue, a humanitarian group formed by volunteers to save lives in the Lao capital, is among the six recipients of this year's Ramon Magsaysay Award, regarded as Asia's equivalent of the Nobel Prize. 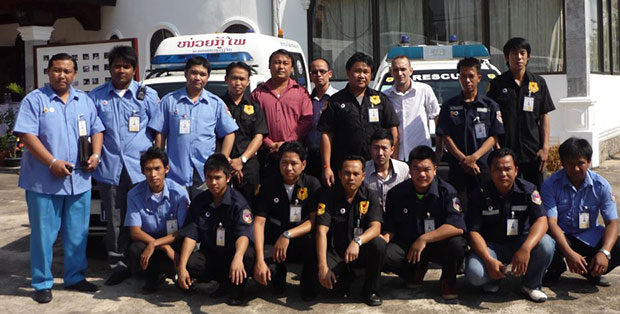 Vientiane Rescue was set up in 2007 to provide first-aid services for free on roads in the Lao capital. Those behind it are a small team of students and ordinary people who began working only on weekends before expanding to an around-the-clock operation three years later.

"In electing Vientiane Rescue to receive the 2016 Ramon Magsaysay Award, the board of trustees recognises its heroic work in saving Lao lives in a time and place of great need, under the most deprived of circumstances, inspiring by their passionate humanitarianism a similar generosity of spirit in many others," the Ramon Magsaysay Award Foundation said.

An Indian who led a grassroots movement on behalf of the low-caste Dalit community and the Philippines' chief anti-corruption fighter are among the other recipients.

The foundation which grants the awards announced that Bezwada Wilson, who was the first in his Dalit family to pursue higher education, is being honoured for his 32-year crusade that has liberated around half of an estimated 600,000 people from manually removing human excrement from dry latrines.

Conchita Carpio-Morales, the Philippines' ombudsman, or public prosecutor, is also being honoured for her moral courage in fighting corruption.