LONDON - A former Libyan Islamist commander, who says he suffered years of torture by Moamar Gadhafi's henchmen after British and US spies handed him over to Libya, was given permission on Tuesday to sue the British government and its former foreign secretary.

Abdel Hakim Belhadj, a rebel leader and al-Qaeda member who helped topple Gadhafi in 2011 and is now a politician, says he and his pregnant wife Fatima were abducted by US CIA agents in Thailand in 2004 and then illegally transferred to Tripoli with the help of British spies. 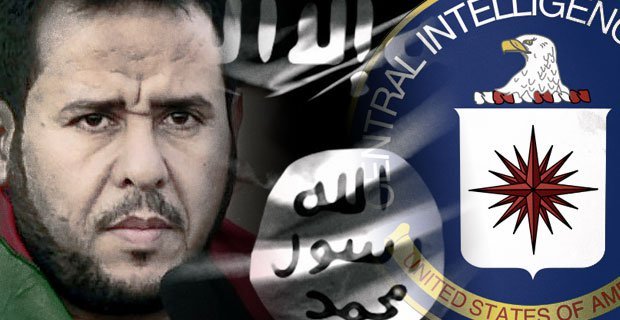 Britain's Supreme Court on Tuesday dismissed an appeal by the government to stop him taking legal action, paving the way for Belhadj and his wife to seek damages against former Foreign Secretary Jack Straw, the domestic and foreign spy agencies MI5 and MI6, a senior former intelligence chief and relevant government departments.

However, Belhadj has said he would drop the case if he was given a token payment of £1 ($1.21, about 44 baht) and an apology from all the parties involved.

"We hope that the defendants in this action now see fit to apologise to our clients and acknowledge the wrongs done, so that they may turn the page on this wretched chapter of their lives and move on," said lawyer Sapna Malik from Leigh Day, the London law firm representing Belhadj.

Belhadj says he was originally detained in China, before being transferred to Malaysia and then moved to a CIA "black site" in Thailand.

He was handed over to CIA agents, acting on a tip-off from MI6, and flown via the British island of Diego Garcia in the Indian Ocean to Tripoli, because at the time Britain and the United States were keen to build relations with Gadhafi.

As a long-standing enemy of the former Libyan leader, he was imprisoned and tortured until his release in 2010 while his wife was also mistreated during her four-month incarceration. Leigh Day said documents found after Gadhafi's fall showed British complicity in his case.

Straw, who was foreign secretary at the time in the government of Tony Blair, said he had always acted in line with British and international law.

"I was never in any way complicit in the unlawful rendition or detention of anyone by other states," he said in a statement.