BEIJING - There was media silence Thursday in China after the death of Nobel Peace laureate Liu Xiaobo was confirmed to the rest of the world.

Liu was China's most influential dissident and his death has made headlines around the world.

The BBC reported that Xu Xin - a user with 31 million followers - posted a few candle emojis, which have been removed.

People often use candle emojis on Weibo to commemorate someone who has died.

A search on the popular Sina Weibo microblog brings up a message saying "according to relevant laws and policies, results for 'Liu Xiaobo' cannot be displayed". 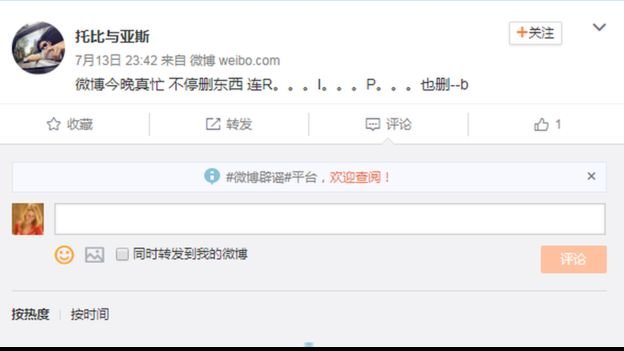 But the news of the 61-year-old democracy activist's death from liver cancer while in custody remained absent from Xinhua's main Chinese service more than an hour after it was published on the English-language wire.

The urgent single-paragraph English report recalled that Liu was "convicted of subversion of state power" in 2009 but it made no mention of his Nobel prize.

Chinese authorities tightly controlled information about Liu's condition after disclosing last month that he was released on medical parole following a diagnosis of late-stage liver cancer.

The hospital where he received treatment, the First Hospital of China Medical University in the northeastern city of Shenyang, was heavily guarded and his family members had barely any contact with the outside world

From coordinated leaks of hospital surveillance video to a near-total news blackout for Chinese-language media and social media, the Chinese government's sprawling propaganda apparatus revved up efforts to contain the controversy surrounding its most prominent political dissident. 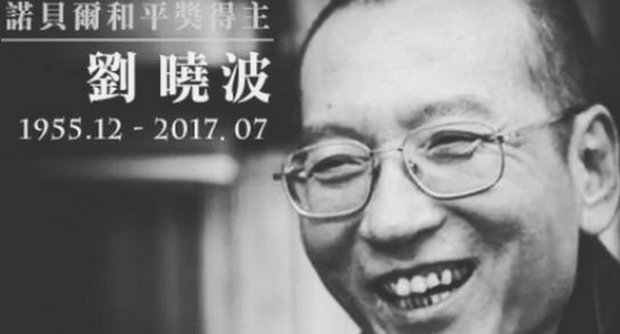 In an update Tuesday afternoon, the hospital treating Liu said he remains in critical condition and is now on dialysis and organ support.

Liu was convicted in 2009 of inciting subversion for his role in the "Charter 08" movement calling for political reform. He was awarded the Nobel Peace Prize a year later while in prison.

Chinese media have hardly mentioned repeated calls by the US, the European Union and others for Beijing to let Liu leave on humanitarian grounds. On Tuesday, US State Department spokeswoman Heather Nauert again urged China to parole Liu so he can receive medical care at a location of his choosing.

Chinese state media have provided extensive coverage this past week of President Xi Jinping's recent achievements, especially his travels to Russia and Germany, which they portrayed as a massive public relations triumph for China.

Meanwhile, the daily barrage of questions about Liu fired off by the international press at foreign ministry news briefings were all excised from the ministry's published transcripts, as if they were never asked.

"It is probably out of politics that some people and forces are requesting Liu to be treated abroad," the nationalistic and Communist Party-controlled Global Times tabloid, published by the People's Daily, said in an editorial Tuesday headlined "Liu's cancer treatment mustn't be politicised."

"Today's China is stronger and more confident, and will not yield to Western pressure," it said, accusing unidentified overseas forces of "squeezing Liu for their political goals."

Foreign ministry spokesman Geng Shuang reiterated on Tuesday that China hopes other countries can "respect China's judicial sovereignty and not use such an individual case to interfere in China's domestic affairs."

'I like Hitler': Kanye doubles down in wild Infowars stream