BEIJING: China's plan for a modern Silk Road of railways, ports and other facilities linking Asia with Europe hit a $14 billion pothole in Pakistan.

Pakistan's relations with Beijing are so close that officials call China their “Iron Brother”. Despite that, plans for the Diamer-Bhasha Dam were thrown into turmoil in November when the chairman of Pakistan's water authority said Beijing wanted an ownership stake in the hydropower project. He rejected that as against Pakistani interests.

China issued a denial but the official withdrew the dam from among dozens of projects being jointly developed by the two countries.

From Pakistan to Tanzania to Hungary, projects under President Xi Jinping's signature “Belt and Road Initiative” are being cancelled, renegotiated or delayed due to disputes about costs or complaints host countries get too little out of projects built by Chinese companies and financed by loans from Beijing that must be repaid.

In some areas, Beijing is suffering a political backlash due to fears of domination by Asia's biggest economy.

“Pakistan is one of the countries that is in China's hip pocket, and for Pakistan to stand up and say, `I'm not going to do this with you,' shows it's not as `win-win' as China says it is,” said Robert Koepp, an analyst in Hong Kong for the Economist Corporate Network, a research firm.

“Belt and Road”, announced by Xi in 2013, is a loosely defined umbrella for Chinese-built or -financed projects across 65 countries from the South Pacific through Asia to Africa and Europe.

Other governments welcomed the initiative in a region the Asian Development Bank says needs more than $26 trillion of infrastructure investment by 2030 to keep economies growing. Nations including Japan have given or lent billions of dollars for development, but China's venture is bigger and the only source of money for many projects.

Governments from Washington to Moscow to New Delhi are uneasy Beijing is trying to use its “Belt and Road” to develop a China-centred political structure that will erode their influence.

Among projects that have been derailed or disrupted, authorities in Nepal cancelled plans in November for Chinese companies to build a $2.5 billion dam after they concluded contracts for the Budhi Gandaki Hydro Electric Project violated rules requiring multiple bidders.

Consulting firm BMI Research has compiled a database of $1.8 trillion of infrastructure investments announced across Asia, Africa and the Middle East that include Chinese money or other involvement.

“It's probably too early to say at this point how much of the overall initiative will actually be implemented,” said Christian Zhang, a BMI analyst.

The US and Japanese governments express interest in building contracts or other potential opportunities. But they also are trying to develop alternative initiatives.

The stumbles for one of the world's most ambitious infrastructure ventures could help temper concerns Beijing will increase its strategic influence. 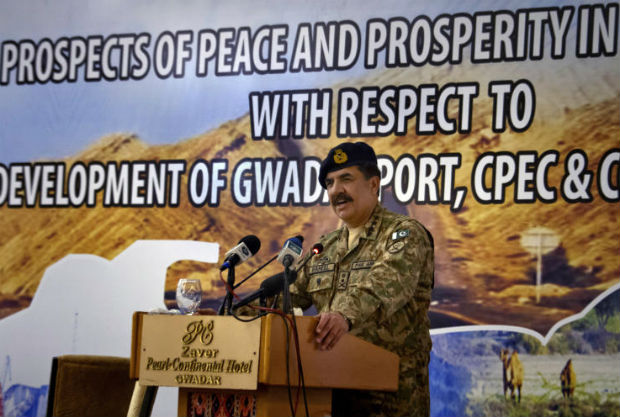 Even Pakistan, one of China's friendliest neighbours, has failed to agree on key projects.

The two governments are developing facilities with a total cost of $60 billion including power plants and railways to link China's far west with the Chinese-built port of Gwadar on the Indian Ocean.

A visit by a Chinese assistant foreign minister in November produced no agreement on railway projects in the southern city of Karachi valued at $10 billion and a $260 million airport for Gwadar.

The same month, the chairman of the Pakistan Water and Power Development Authority announced the Diamer-Bhasha Dam would be withdrawn from joint development.

“Chinese conditions for financing the Diamer-Bhasha Dam were not doable and against our interests,” the official, Muzammil Hussain, told legislators, according to Pakistani news reports.

The Chinese Cabinet agency overseeing “Belt and Road”, the National Development and Reform Commission, denied in a written statement that it asked for an ownership stake.

“Belt and Road” is interwoven with official efforts to export Chinese rail, hydropower and other technology and steel, aluminum and other industrial goods.

In Thailand, work on a $15 billion high-speed railway was suspended in 2016 following complaints too little business went to Thai companies. A new plan announced in July gives local contractors a bigger role.

US braces for verdict in George Floyd murder trial