No longer on America's leash, Australia has stepped in as a potential player that could go far in facilitating and strengthening relations between the 10 Asean nations.

Next month's Asean-Australia Special Summit will mark the first time Australia has hosted a summit with Asean. The event, scheduled for March 17-18 in Sydney, is expected to feature important discussions on how the region should work toward resolving key economic and security challenges including the Rohingya crisis and South China Sea dispute.

John Blaxland, a professor of international security and intelligence studies at the Australian National University, sees Australia as being in the unique position of ensuring regional negotiations do not go awry. Not only does the country maintain good ties with the United States and China, but more importantly, it is a close neighbour to Asean.

"We cannot run away from our geography," he said during a recent talk at Thammasat University titled "Australia, Thailand and the Asean-Australia Special Summit: Paths to Innovation, Security and Prosperity". "We in Australia need to get our heads around [this reality]. We need to understand that our neighbour is not India or China, it's Asean."

Representing Australia on the panel, Mr Blaxland was highly critical of his country's Foreign Policy White Paper, a much-touted blueprint released last November that recommended keeping the US engaged in Asia, reaching out to like-minded countries including India, Indonesia and South Korea, and preventing coercive behaviour from major powers such as China and Russia.

"[The White Paper] has a big flaw in my not-so-humble opinion in that it underplays Asean and its significance to our future," he said, calling Asean the "fulcrum of the Indo-Pacific". 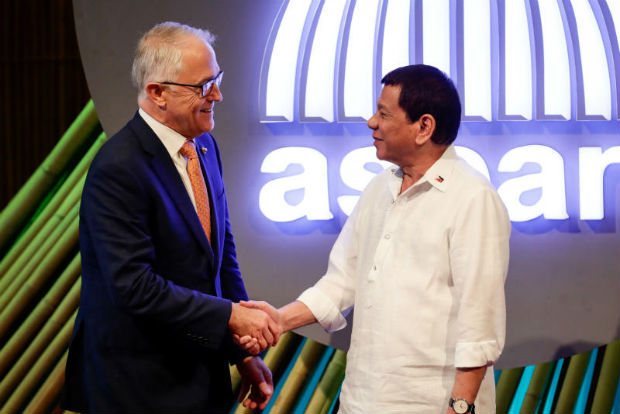 Meanwhile, Mr Blaxland singled out for praise Australia's 66-year-old partnership with Thailand. Despite their numerous differences from culture to religions to demographics, the two countries have been able to work well together because of their shared interests, challenges and experiences.

"I was there in East Timor in September 1999 when we conducted the intervention that is known as Interfet, and Australia looked around Southeast Asia for anyone to come and help us," he said. "We asked Malaysia, Singapore. Of course, Indonesia wasn't at all comfortable. But we came to Thailand and Thailand said, 'We'll come, and we will send a 1,000-person task force and we will send the deputy force commander'."

With the Rohingya crisis declared by the UN last year as the "world's fastest growing refugee crisis", Mr Blaxland believes Australia and Thailand -- alongside the other Asean nations -- can once again draw on their commonalities to address the issue. They can fill a "constructive facilitatory role" as advisers or mediators.

"Myanmar, being a predominantly Theravada Buddhist country, will listen to Thailand like it will listen to no one else. And Bangladesh will listen to Malaysia and Indonesia because they're, broadly speaking, co-religious," he explained.

What is needed now is to build on those friendships that exist between various Asean nations as well as between Asean and Australia, he said. "We need to act but we cannot act alone. Australia cannot do it. Thailand cannot do it. Singapore, Malaysia, Indonesia cannot do it. But collectively, I believe we can."

Yet Panitan Wattanayagorn, associate professor and director of the College of Politics and Government at King Prajadhipok's Institute, expressed some frustration that the Australia-Thailand partnership is not living up to its potential.

He called for a "new, trendy, even more sexy, package" that would reinforce the significance of the Asean-Australia community at a policy level and formalise its forums so that they offer more substance. 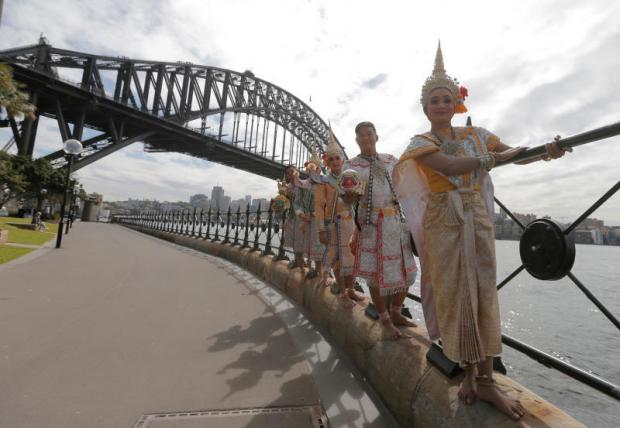 Thai dancers pose in front of the Sydney Harbour Bridge after a performance celebrating 65 years of official diplomatic relations between the two countries in August last year. Photo: Reuters

Mr Blaxland agreed there was still much room for improvement. But a lot of progress has already been made and this must be acknowledged, he said.

"The Australia of today is nothing like the [White] Australia of 1967. It has changed extraordinarily in those 50 years. And I suspect in the next 50 years, we will see an equally extraordinary transformation of Australia to become much more Eurasian, much more an integrated part of the Southeast Asian community."

He argued that the collaborative spirit between Thailand and Australia has also arisen from their shared ambition for regional stability, which has been shaken by tensions in the South China Sea. "Both are concerned. Both are eager for that so-called declaration on conduct in the South China Sea to be turned into a substantive code of conduct. But both of us are not holding our breaths for that to happen."

Takashi Tsukamoto, associate dean for international affairs at Thammasat University, believes the maritime dispute has only caused further fragmentation in the Asean community. To him, regional community-building and diplomatic efforts are an impossible dream when such disputes dominate the agenda.

Asean's attitude to China lacks coherence as a whole and therefore moves away from the region's goal of centrality, he said.

"When [Rodrigo] Duterte, the Philippine president, became chairman of the Asean summit for 2017, the tone of the statement changed. … The last one did not mention concern at all and instead it simply said [that members] took note of the improving relations between Asean and China."

Still, Mr Blaxland remains hopeful, stating that Asean's motto "unity and diversity" is not a statement of reality but an aspiration that members will continue to aim for.

"Yes, [Asean's growth] has got bumps along the way, it's got warts, it doesn't look all that pretty," he said. "But it is actually very encouraging when you think about the last 50 years of extraordinary progress that has been witnessed: how much has been developed, how the linkages between these Southeast Asian countries have developed, how that has then been the basis for an extraordinary outreach to the rest of the Asian- or Indo-Pacific. So I'm actually quite upbeat about the future."