CHIANG RAI: Rescue teams held evacuation and medical drills on Saturday and divers attempted to push deeper into the Tham Luang cave as the desperate search for 12 young footballers and their coach went into its seventh day.

More compressed air tanks were sent in for Navy Seal divers so that they can get deeper inside the cave complex and stay there for longer.

After a week of almost non-stop rain, water levels have begun to recede as more pumps are deployed, and divers transported tanks to the third chamber inside the cave, according to the Thai Navy Seal Facebook page.

The third chamber leads to another chamber dubbed “Pattaya Beach", where there is a higher shelf that is believed to be where the missing 13 might have gathered.

By early afternoon the divers had nearly reached a T-junction in the depths of the cave, about two kilometres from where the boys are believed to be, Chiang Rai governor Narongsak Osottanakorn said.

Divers reached the same spot earlier in the week but were forced back by rushing floodwaters.

Mr Narongsak said conditions on Saturday were much better than in previous days as a lot of water had been pumped out of the cave.

“Water levels have receded drastically. The Seal teams managed to advance 200 metres from the three-pronged intersection. They installed guide ropes and rows of air tanks every 25 metres for emergency use later,” he said.

The additional tanks will allow divers navigating the muddy pools with almost no visibility to stay under for longer.

Meanwhile, a police search party has entered the cave from the surface, having drilled a 50-metre shaft from the mountainside. Survival boxes, filled with food, water and torches, had been dropped down the shaft on Friday, but by Saturday it was wide enough for rescuers to be lowered into the cave.

Deputy Police Chief Wirachai Songmetta said the search party had, as yet, been unable to reach the underground chamber that could be the best hope of survival for the group. 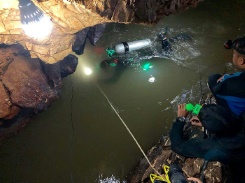 Rescue divers continue to fight against muddy, fast-flowing water while pumps work around the clock to try and keep water levels down.

There has been no contact with the boys, aged 11 to 16, and their 25-year-old coach, Ekkaphol Chantharawong, since they went into the cave last weekend and became trapped by heavy rains that blocked the entrance.

Medical teams have begun staging drills to prepare for a possible rescue as worries mounted about how the boys might be pulled out if and when they are found.

Ambulances and helicopters were on standby for the drills at the bustling rescue site in Mae Sai, not far from the border with Myanmar.

The evacuation drill was necessary to ensure a fast response if and when the missing 13 are found, said Mr Narongsak.

“Space food, which is very filling thanks to its high protein content, has been prepared. Life-saving medical tents were installed outside the cave and doctors with diving skills stand ready to take care of the victims in case they cannot be taken out of the cave immediately,” he said.

Thirteen teams are on standby, one for each person, and Chiang Rai Hospital has also been alerted to stand ready for the arrival by air of the teens if a rescue takes place.

As the search entered its seventh day, attention turned to the team's chances of survival inside a cave with little or no food and light.

The boys likely have access to fresh water -- either dripping in though rocks or rushing in through the entrance -- but experts warned that runoff water from nearby farms could carry dangerous chemicals or bacteria.

"If they drink the water in the caves and it makes them sick it could hasten the problem that they're in, but if they don't drink it then they're also in trouble," Anmar Mirza, coordinator of the US National Cave Rescue Commission, told AFP.

But even without food, he said young, athletic boys could "easily live for a month or a month and a half" but the main challenge now would be mental resolve.

"The biggest issue that they're facing right now if they're alive is psychological because they don't know at what point they might get rescued," Mr Mirza said. (Story continues below) 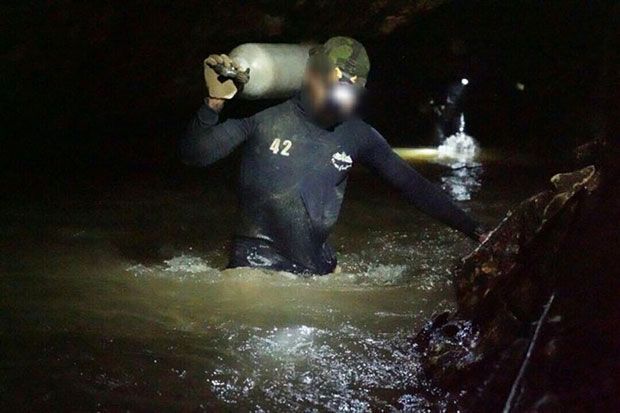 While Navy Seal divers hope to get closer to Pattaya Beach, other teams have been trekking into the thick jungle above the cave looking for new openings that might lead to the trapped boys.

They found one "promising" entrance on Friday that led to a muddy chamber 40 metres down, said Mr Narongsak.

However, there was still no indication it was linked to the main cave complex.

"We have been rotating our staff into the chimney since yesterday. They are inside are still searching and we are waiting for their findings," Surachai Thathes, chief of the national parks rescue team for the northern region, told AFP.

Teams of foreign experts, including 30 US military personnel and British cave specialists, have descended on the remote mountainous site to join some 1,000 Thai rescuers. Australian, Chinese and Japanese experts have also joined the efforts.

Australia is assisting the Government of Thailand’s efforts to locate a group of 13 people who are missing, believed trapped in a flooded cave system in Chiang Rai. #YourADF, @AusFedPolice and @dfat resources will assist the Royal Thai Army, which is leading the search. pic.twitter.com/totCYiX28N

Worried relatives have been keeping vigil under a makeshift tent where monks are leading prayers.

"I am still hopeful and hope the children will come out safely," Kampon Paree, 39, an uncle of three of the missing boys, told Reuters. 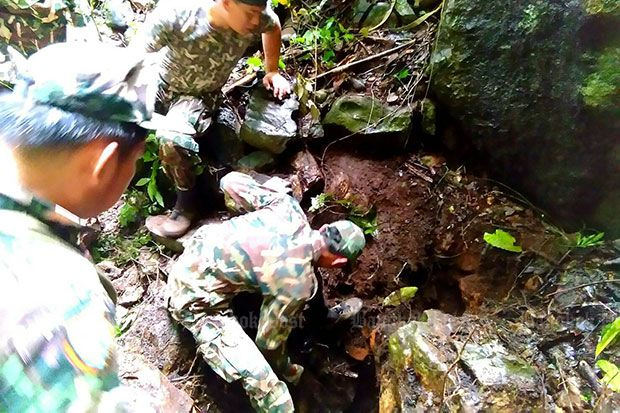 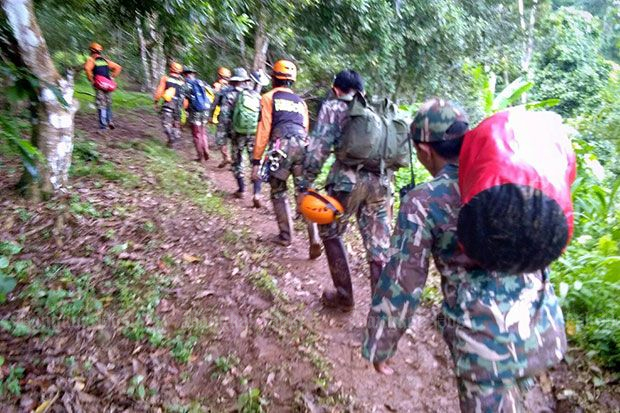