Vietnam's up and coming destinations
Travel

Vietnam's up and coming destinations

Unlike Hanoi, Sapa, Danang, Hue, Hoi An, Dalat, Mui Ne and Ho Chi Minh City, Nha Trang (pronounced ya jang) is not a familiar name for Thai travellers. But with a direct air link between Bangkok and this Vietnamese city, recently introduced by Bangkok Airways and soon to be followed suit by another airline, that is about to change. 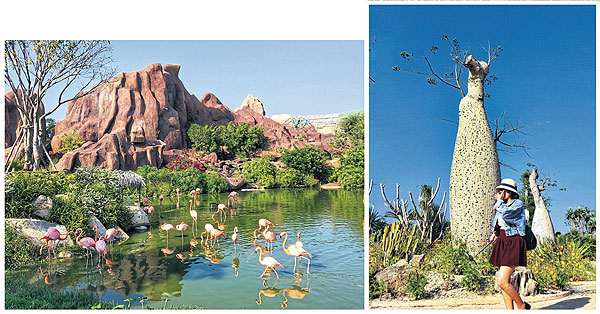 The VinPearl Land is one of Nha Trang's top attractions. The extensive entertainment complex, located on Hon Tre island almost 3km from the city's shore, can be conveniently reached via cable cars. Here you'll find a huge water park with slides of various kinds and sizes, water and adventure sports facilities, an amusement park, a 4D cinema, animal shows, an aviary, a pond full of flamingos, and many more. With only an hour to spend here, I rushed to the botanical garden to see the baobab trees which can be found naturally only in Madagascar and a few other places. It's a pity the trees were not in their best form as many of the branches had been cut off. Still, to me, these fat-trunk giants were an amazing sight.

Well known in Vietnam as a beach resort, Nha Trang is part of the country's South Central Coast region. To get a better idea of Nha Trang's location on Vietnam's very long coastline, it might help to first think of Thailand's eastern city of Trat. 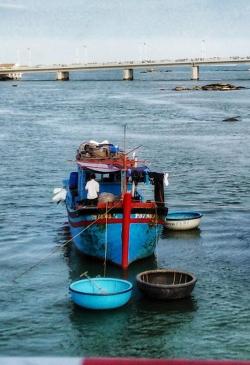 Small-scale fishery is still the lifestyle of a few Nha Trang residents. In this photo, you can see two round-shape basket boats traditionally used by Vietnamese fishermen.

Nha Trang and Trat, which are almost 730km apart, lie on similar latitudes. From Trat, if you draw a direct line parallel to the equator all the way to the shoreline of Vietnam, you will find Nha Trang.

But, of course, to actually get there from Thailand, the most convenient way is to fly from Bangkok. The travel time is only an hour and 40 minutes.

But your flight to Nha Trang will not take you to the original Nha Trang Airport which now serves only military purposes but to Cam Ranh International Airport in its namesake town about 35km south of Nha Trang.

Nha Trang and Cam Ranh are geographically separated from each other by a mountain. While the first is a famous seaside destination for vacationers, it's the latter that is blessed with a true gem.

Cam Ranh boasts a sandy strip that is many times longer but more serene than what you can find in Nha Trang. Not counting the area taken up by the airport, Cam Ranh's Bai Dai (Long Beach) lives up to its name, measuring 11km from the top end to the northern tip of the airport.

These Vietnamese beach areas remind me of Phuket. While Nha Trang has the urban vibe like Patong, Cam Ranh is more like Mai Khao beach near Phuket airport, but with bare sand dunes instead of groves of casuarina trees. In the near future, much of the area between Long Beach and the road will be lined with upscale hotels and resorts.

If you wish to see this part of Vietnam in its undeveloped state, go now. If you prefer the comfort of luxury to be provided by the highly competitive hospitality industry, it's a good idea to wait until all the construction is completed and the new hotels are ready to open.

While Nha Trang is no match to Cam Ranh in terms of the beach, it does have a lot of other attractions to brag about, from a giant theme park, markets, street food and nightlife to photo galleries, museums and a Cham temple that date back to the 8th century.

During my recent journey in Vietnam, the combined time I had to explore Nha Trang and Cam Ranh was less than a day. What I experienced was therefore just a glance of what this chunk of Vietnam has to offer. No doubt, as getting there from Thailand has become easier, I know I'll soon arrange another trip. 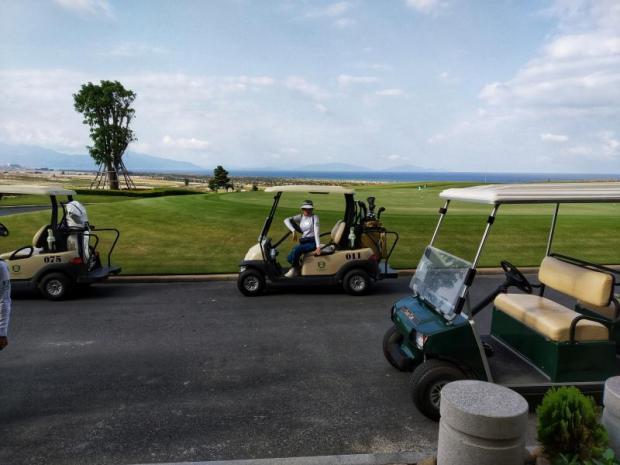 Golf legend Greg Norman has designed many golf courses around the world. The new KN Golf Links in Cam Ranh is another of his creations. Links style courses are located by the sea. The beautiful setting doesn't mean the game will be easy. With sandy surfaces, rolling dunes and relentless winds, golfers must put every factor into the calculation to determine the force of their swings. 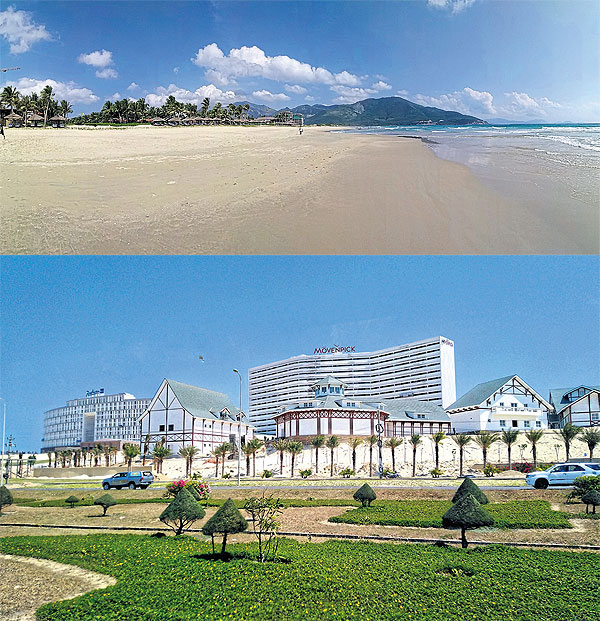 Once construction is completed, big hotels and resorts of both local brands and international chains will hog Cam Ranh's Long Beach. When that happens, it will not be easy for the public to access the seaside. But if you're a hotel guest, you will have the privilege to enjoy the beach in peace. This is not hard to foresee as it has happened again and again elsewhere. 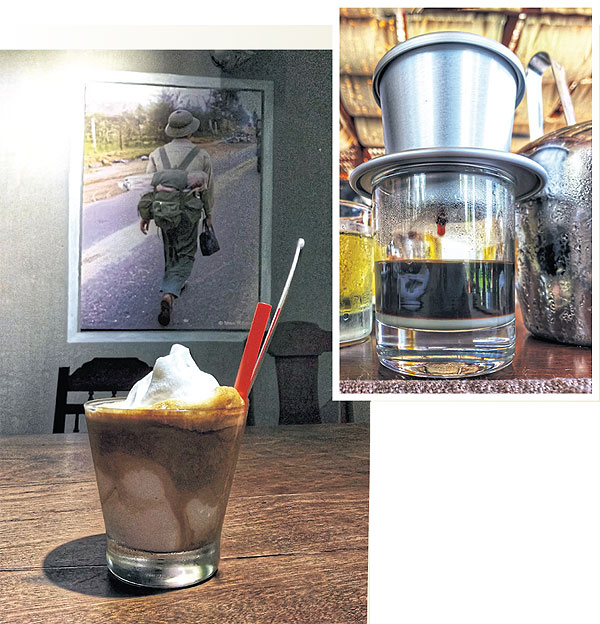 Like many cities in Vietnam, Nha Trang has some decent coffee shops. Lovers of this beverage should try not just the old-style Vietnamese drip coffee but also new concoctions like coffee frappé with coconut milk. I tried the latter at a place called Cong Caphe. To my surprise, it was delicious. 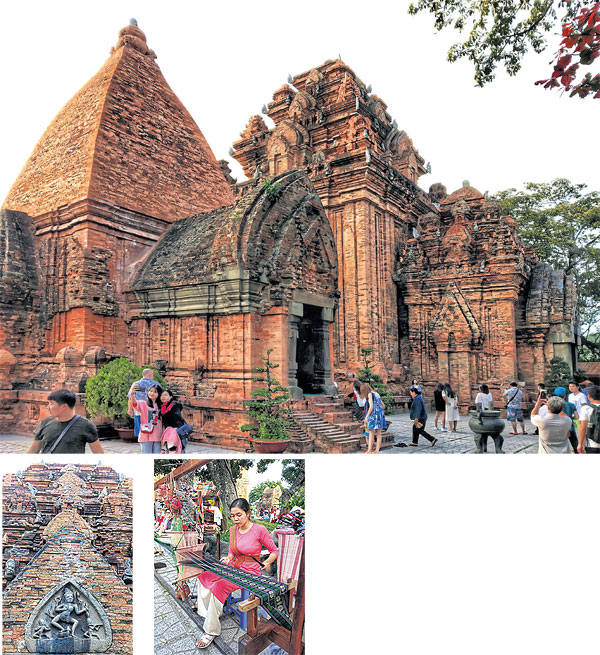 The Champa civilisation dominated what is now central and southern Vietnam as well as part of Cambodia from the 2nd century to the first half of the 8th century when it was conquered by naval fleets from Java. Despite the decline of their sphere of influence, the Cham kingdom survived until the 19th century when it fought a war against invading Vietnamese and lost. Historical sites from the times of the Champa and descendants of the Chams can be found at various locations in central Vietnam. The Po Nagar temple is what is left of the ancient civilisation in Nha Trang. If you visit the place in late afternoon, you may also get the see traditional dances and see cloth-weaving demonstrations with Cham-style looms. 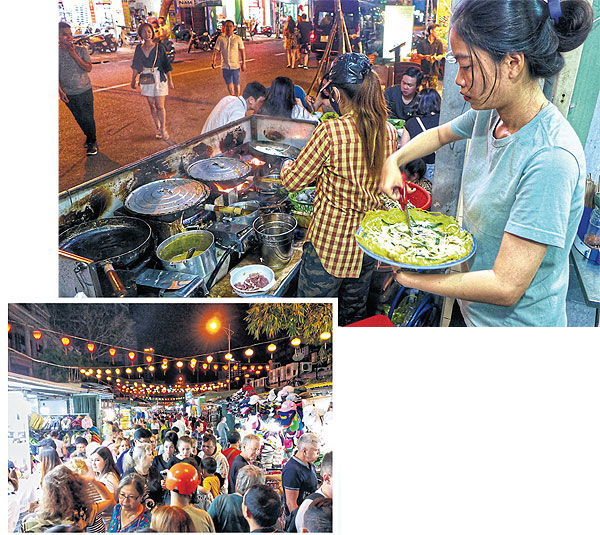 Vietnam is famous for markets and street delicacies. I think the food and goods on offer in Bangkok or on walking streets in other cities are more to my taste. 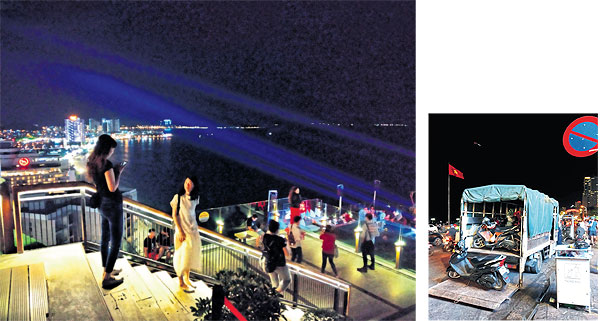 The seaside city of Nha Trang is famous for nightlife. Perched on the rooftop of a high-rise, Skylight Nha Trang is one of the most popular hangouts for both locals and foreign revellers, especially the Chinese and Russians who make up the majority of tourists in Nha Trang. The place features a restaurant and a bar, and serves also as a scenic lookout point from where you can enjoy the view of the entire city and the sea to the east. 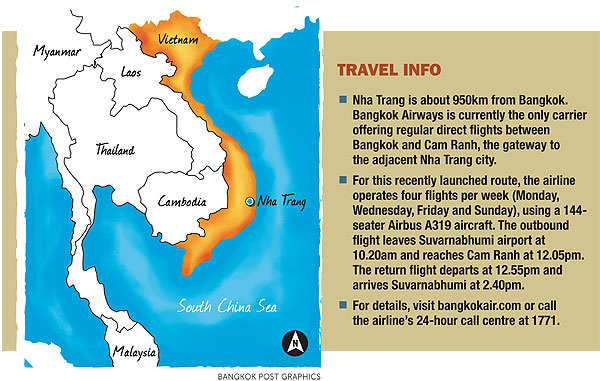