A local villager drive a boat where the future site of the Luang Prabang dam will be on the Mekong River outskirt of Luang Prabang province on Sunday. (Reuters photo)

LUANG PRABANG: On a wide bank of the Mekong River, yellow markers and visits by surveyors show preparations underway to build Laos' third and largest dam on Southeast Asia's most vital waterway.

About an hour downstream, in the laid-back tourist centre of Luang Prabang, the dam's developers heard this week from citizens groups arguing for a delay to the 1,400-megawatt hydropower project.

Sceptics say the Lao government and its Vietnamese and Thai partners should wait to assess any impact on downstream fishing and farming from the recently completed Xayaburi dam, Laos' first mainstream Mekong hydropower project.

Faced with growing pressure from dams, pollution and sand mining, concerns are mounting about the health of Southeast Asia's greatest river and those whose livelihoods depend on it.

Construction on the Luang Prabang project is slated to begin later this year, but some nearby villagers said they still don't know when or if they will be relocated.

"We have not heard anything, but if it happens there is no choice for us,” said a farmer interviewed near the dam site, who gave his name only as Somphorn.

The past year has been fraught for the 2,390km Lower Mekong, which supports 60 million people as it flows from China into Laos, past Myanmar and Thailand and through Cambodia and Vietnam.

Water levels hit lows not seen for 50 years, as residents worried about the effects of climate change and 11 dams that China has built in its territory, which many believe are holding back waters.

China's embassy in Bangkok says a severe drought has impacted the region since early 2019 and it has increased the outflow of water from upstream at Thailand's request.

In the past four months, Laos has also opened the first two dams on the Lower Mekong — the 1,200MW Xayaburi and the smaller Don Sahong — after years of opposition from environmentalists.

Laos' unprecedented dam-building boom has seen around 50 dams built in the last 15 years, with at least 50 more under construction and a further 288 planned for its hundreds of rivers and streams.

If all the projects are built, they would bring the landlocked country’s hydropower capacity to 27,000 MW, from just 700 MW in 2005, according to data compiled by the Stimson Center in Washington. 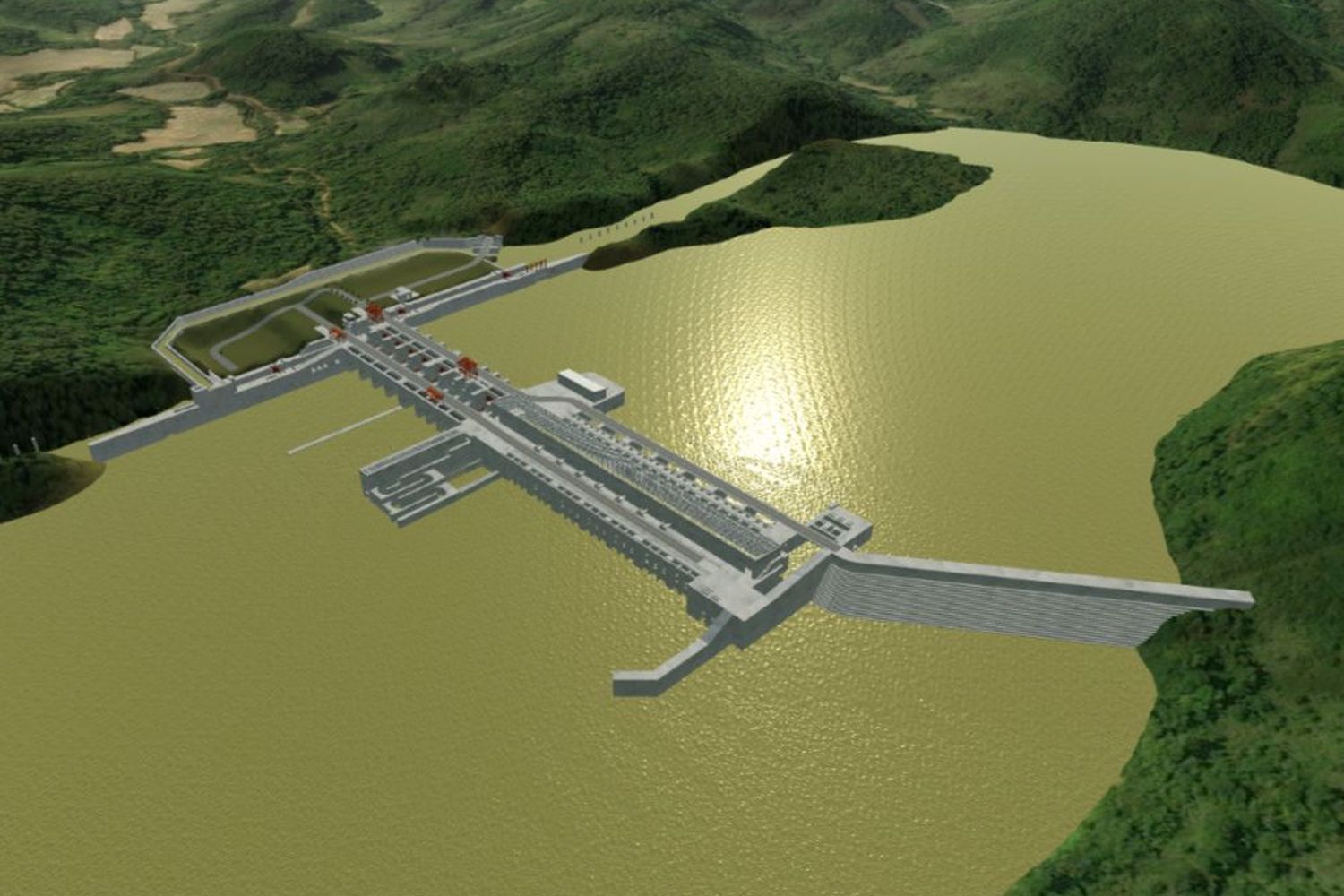 An artistic rendering of the proposed 1400 MW Luang Prabang hydropower dam on the Mekong River in Laos is seen in this undated handout obtained by Reuters on Sunday. (Mekong River Commission and Government of Laos/Handout via Reuters)

This week’s forum in Laos was to report on the Luang Prabang project’s consultation process, and the hosts assured doubters their concerns would be heard.

"Your participation is not just a hoop we have to jump through. It is not a rubber stamp of the process," said An Pich Hatda, CEO of the Mekong River Commission (MRC).

Others are not so sure.

"It's like they half-heartedly listen to our concerns," said Pittipat Puangpan, a 56-year-old Thai farmer who attended another consultation last month in Thailand.

Chief among those concerns is the effectiveness of the sediment gates and complicated sets of locks called fish elevators or lifts at Xayaburi, which the Luang Prabang project uses as a model.

Showing animated designs for the proposed dam in Luang Prabang this week, an official paused at a complicated depiction of fish navigating one of the fish elevators.

"Maybe sometimes we should be training the fish how to use the lift," quipped Vithounlabandish Thommabout, deputy director of Laos’ Ministry of Energy and Mines, drawing only scattered chuckles.

Xayaburi's operator is a joint venture between the Communist Lao government and a subsidiary of Thai construction giant Ch.Karnchang Plc.

The Thai company, which is also slated to build the Luang Prabang dam, says it has spent $200 million on the measures to protect the ecosystem.

But the technology had not been tested in the region.

"We've never had dams in the mainstream of the Lower Mekong before Xayaburi, so a lot of the engineering information was theoretical," said Mr Pongsak, who lectures at Bangkok's Chulalongkorn University.

Since Xayaburi opened, the dam operator has not released data on how the pass-throughs are working, according to the MRC and others, and declined to answer questions from Reuters. The company did agree to a trip to the dam on Friday but did not allow photos or interviews with workers.

Despite unanswered questions about Xayaburi, groundbreaking at Luang Prabang is likely to go forward after the consultation period ends in April, many observers say.

That is because no country can veto another nation’s project under the 1995 Mekong treaty signed by Laos, Thailand, Cambodia and Vietnam.

Plus, in recent years, state-owned and private companies in all of the Mekong region have invested in Laos dams. One partner in Luang Prabang is a subsidiary of Vietnam’s state-owned Petrovietnam.

With money to be made on investment and many fast-growing countries eager to buy electricity, no Mekong country seems inclined to oppose the new project.

Chanthanet Boualapha, secretary general of the Lao National Mekong Committee, said Laos will try to address all concerns about the Luang Prabang dam, but pulling the country out of poverty is the first priority.

"We have the potential for hydropower … so we have to do the dams. That is our choice.” 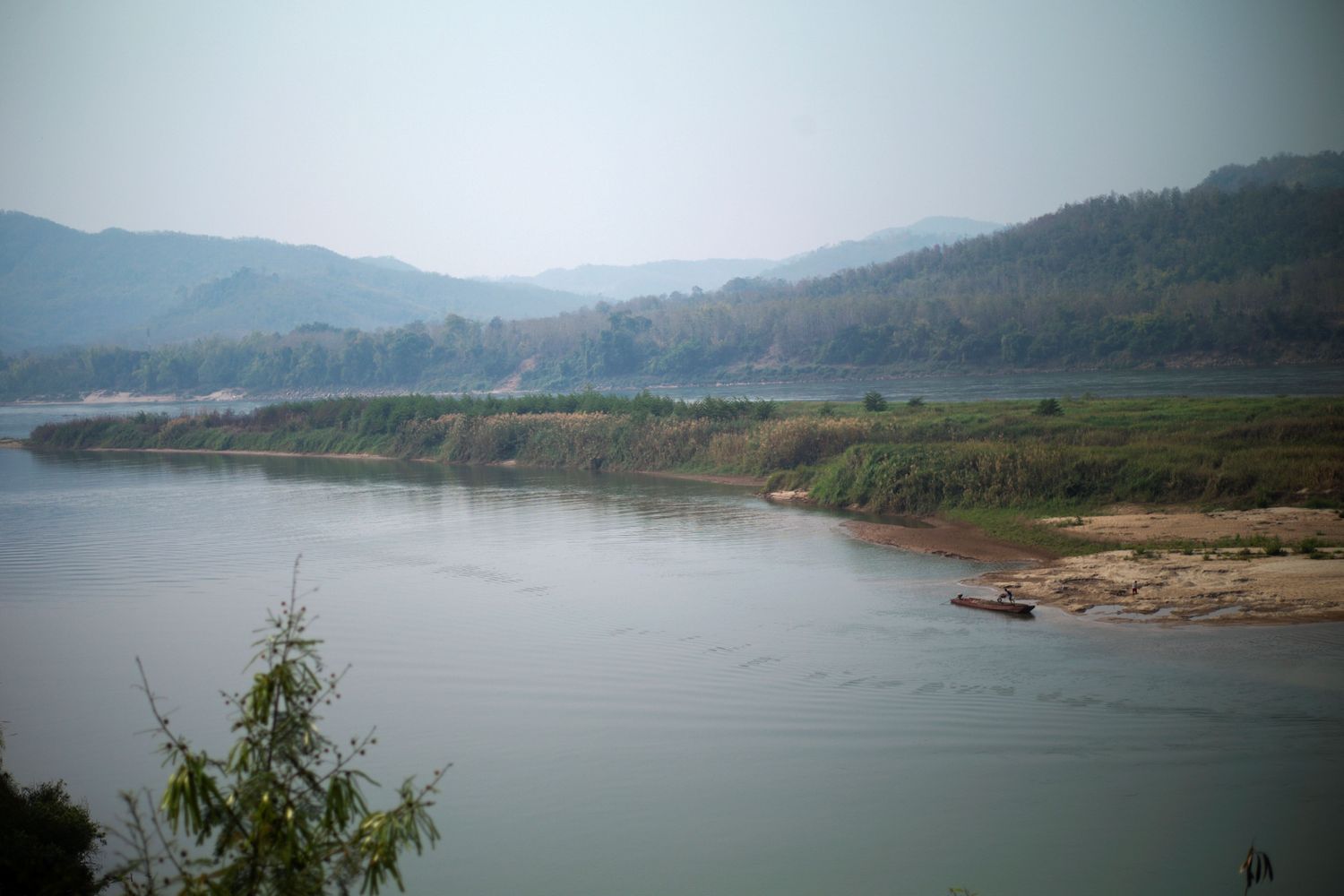 A general view of the future site of the Luang Prabang dam is seen on the Mekong River outskirt of Luang Prabang province, Laos, on Sunday. (Reuters photo)

Rental cars becoming scarce and expensive for US travelers