In Norway, bottles made of plastic are still fantastic
World

In Norway, bottles made of plastic are still fantastic

With its 97 percent recycling rate, Norway is 10 years ahead of the EU's 2029 target date, by when countries must recycle at least 90 percent of their plastic bottles

FETSUND, Norway: One at a time, the elderly lady places her empties into the gaping hole of a machine at the entrance to an Oslo supermarket. With a well-functioning deposit system, Norway recycles almost all of its plastic bottles.

"You have to get rid of them, so you may as well do it intelligently," says the woman in her 70s, as the machine spits out a bar-code ticket that entitles her to around 30 kroner (US$3.25) either in cash or credit at the till.

With its 97% recycling rate, Norway is 10 years ahead of the EU's 2029 target date, by when countries must recycle at least 90 percent of their plastic bottles.

That compares to barely 60% in France and in the UK, which is considering a deposit system.

The deposit system is widely viewed as the key to the Nordic country's success.

Customers pay a few extra cents when they buy a drink in a plastic bottle, and they're refunded that amount when they return their empties.

"When you have a deposit on the empties, you actually tell the consumers that they buy the product but they borrow the packaging," explains Kjell Olav Maldum, the head of Infinitum, a company created by manufacturers and distributors to run the deposit scheme.

The concept of returning empties has become so widespread there's even a verb in the Norwegian language for it: a pante (pronounced Oh pant-uh).

As an added bonus, the reverse vending machines give customers the choice of using their refund to buy a lottery ticket that benefits charity.

More than 1.1 billion plastic bottles and aluminium cans were returned in 2018 at collection points in supermarkets, petrol stations and small shops.

In Fetsund, about 30 kilometres northeast of Oslo, a steady stream of trucks dump thousands of empties at a time at Infinitum's main processing centre.

Bouncing along on conveyor belts, the plastic bottles that once contained water, juice or soda are sorted, compacted and placed on pallets resembling enormous colourful Rubik's cubes, destined for a second life after recycling. 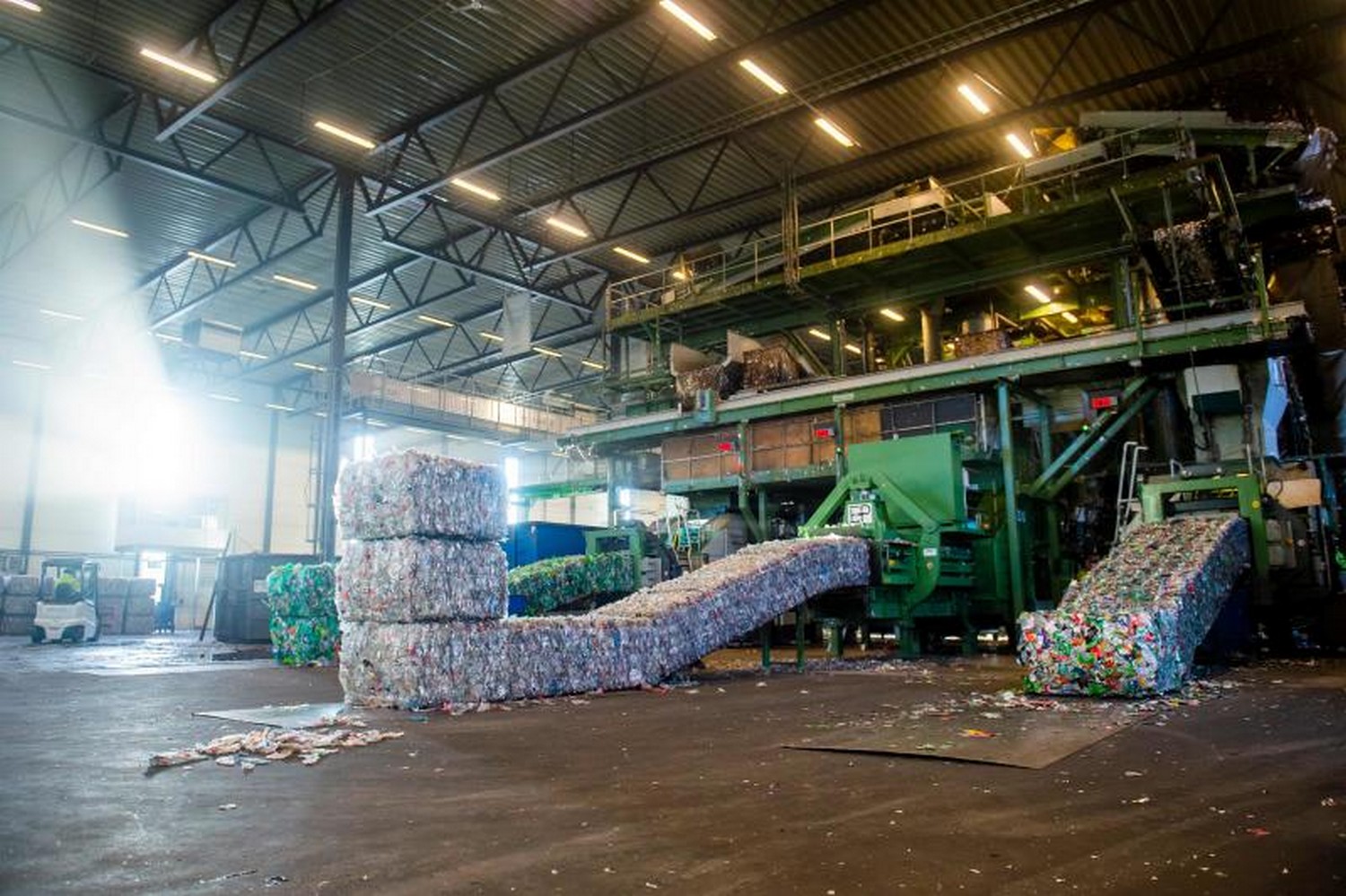 "Rubik cubes" of compacted plastic bottles at a recycling plant of the company Infinitum, in Fetsund, southeastern Norway. With its 97% recycling rate, Norway is 10 years ahead of the EU's 2029 target date, by when countries must recycle at least 90% of their plastic bottles. (Photo: AFP)

Each new plastic bottle contains around 10% recycled materials, a level the country hopes to increase with a regressive tax that would encourage manufacturers to use recycled plastic instead of new plastic, which is currently cheaper.

"We call it clean loop recycling: if you put your bottles into a machine, they sort of enter a clean loop," says Harald Henriksen, head of business area collection solutions at Tomra, the world leader in reverse vending machines.

"You can use it again and again, and you can make new bottles many, many times," he says.

In this example of a circular economy, what some consider waste becomes a resource, whose value encourages collection and recycling.

The idea has begun to catch on elsewhere.

"One example is Lithuania where they had a 34-percent return rate before the deposit system was introduced, and at the end of year number two that had already increased to 92 percent," says Henriksen.

But the organisation would also like to see a mixed system that would collect glass bottles for reuse, and extend the deposit system to other types of plastic packaging.

According to WWF, the equivalent of 15 tonnes of plastic are dumped into the world's oceans every minute.

While the Norwegian recycling industry acknowledges the planet needs to put an end to the problem, they think plastic -- a lightweight, practical and cheap material -- still has a promising future.

"Is the problem with plastic itself, or is it the way that we the consumers behave ourselves," asks Maldum.

"Plastic is still fantastic but keep it out of nature."