Restaurant workers wear protective clothing as they prepare food for sale on the street outside their restaurant in Beijing.

BEIJING: An eruption of new virus cases in South Korea, Iran and Chinese hospitals and prisons rekindled concerns on Friday about the spread of a deadly disease that has killed more than 2,200 people.

The World Health Organisation warned nations they could face a serious problem if they fail to "hit hard now" against the new coronavirus, which has infected more than 75,000 in China and over 1,100 abroad.

China pointed to official numbers showing a drop in new cases this week as evidence that its drastic containment measures are working, but fresh cases emerged at two Beijing hospitals and more than 200 other cases in two prisons.

Chinese authorities have placed tens of millions of people under quarantine in hard-hit Hubei province and restricted movements in other cities far from the epicentre.

Countries have banned travellers from China and airlines have suspended flights to and from the country.

But clusters and outbreaks continue to emerge, and 11 people have now died outside mainland China.

South Korea on Friday confirmed 52 more cases, taking the country's overall figure to 156, as the number of infections linked to a religious sect spiked, making it the worst-infected country outside China.

More than 80 members of Shincheonji Church of Jesus in the southern city of Daegu have now been infected, starting with a 61-year-old woman who developed a fever on February 10 but attended at least four church services before being diagnosed.

The mayor of Daegu -- South Korea's fourth-biggest city, with a population of over 2.5 million -- has advised residents to stay indoors, while access to a major US base in the area has been restricted.

Residents wore masks to go about their daily activities Friday, but the streets remained active.

Outside the Shincheonji church in the city, Seo Dong-min, 24, told AFP: "With so many confirmed cases here I'm worried that Daegu will become the second Wuhan," referring to the Chinese city where the virus first emerged.

Iran confirmed three new cases after two elderly men died from the virus in the city of Qom, prompting Iraq to ban travel to and from its neighbour.

Health ministry spokesman Kianush Jahanpour said two of the new cases were also in Qom and the other was in Arak, south of the holy city.

In Australia, two people who had been evacuated from a virus-wracked cruise ship off Japan tested positive for mild cases of the Covid-19 illness.

Hundreds of people have been allowed to leave the ship after testing negative for the disease and many have returned to their home countries to face further quarantine. People were continuing to disembark on Friday.

The two cases in Australia will fuel questions about Tokyo's policy of allowing former Diamond Princess passengers to return home after testing negative.

Two former passengers, both Japanese and in their 80s, died in Japan on Thursday. 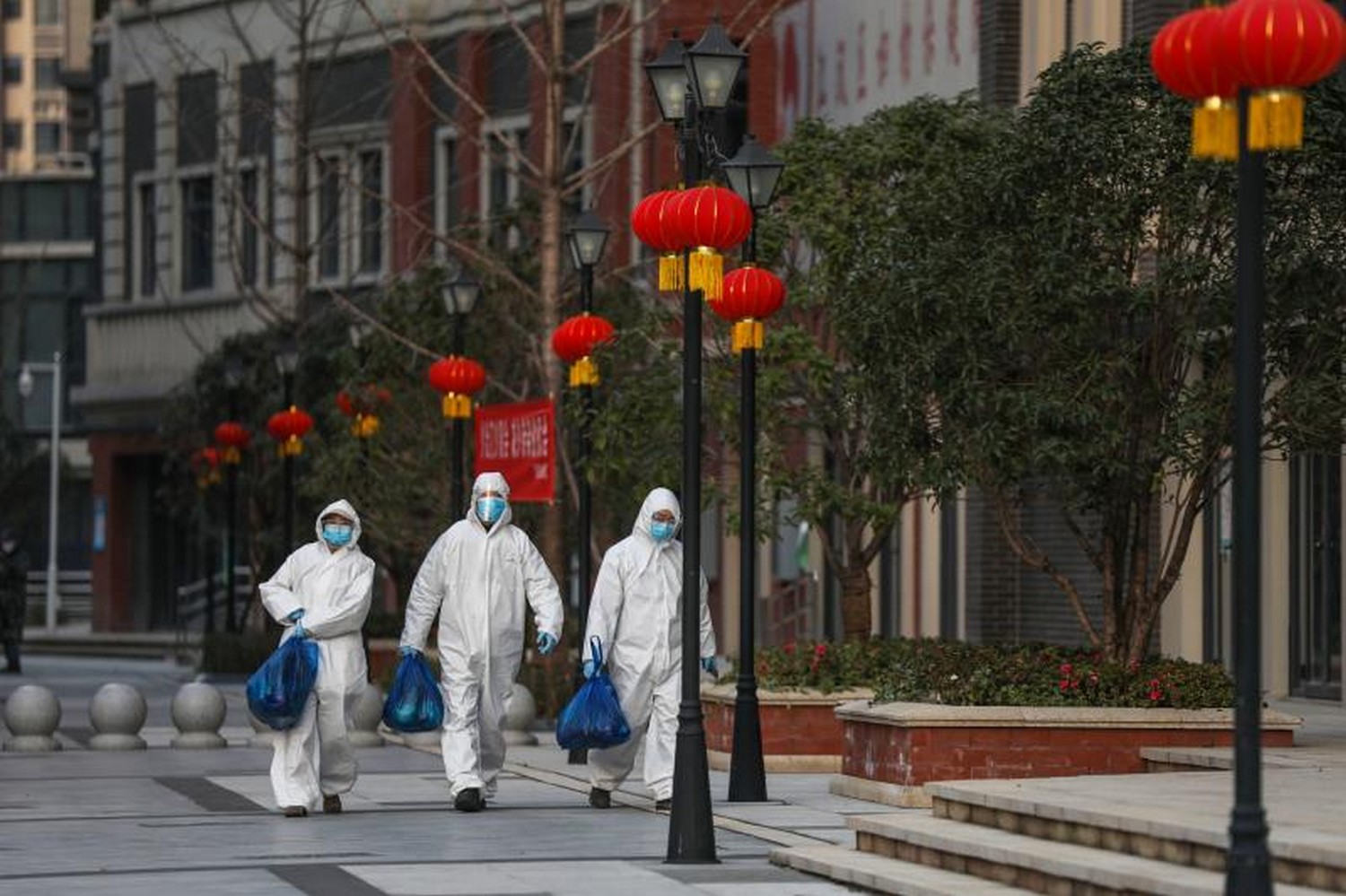 WHO chief Tedros Adhanom Ghebreyesus said Thursday that now "is the time to attack the virus" while the number of cases abroad remains low.

"If we don't hit hard now using the window of opportunity we might be faced with a serious problem," he said. "This virus is very dangerous and it's public enemy number one and it's not being treated as such."

China reported 118 more deaths on Friday, raising the toll to 2,236, most of the them in Hubei.

The number is up from the previous day when it reported the lowest amount of new infections in nearly a month, fuelling hopes that the epidemic is nearing its peak.

But Beijing health officials said 36 people, including medical staff, patients and their families, have now tested positive for the virus at Fuxing hospital.

Part of the hospital had been under lockdown already after nine cases had appeared earlier this month.

At Peking University People's Hospital, a patient became infected after a visit from two relatives who tested positive for the virus.

The discovery could dash hopes of a return to normality in the capital.

Most of China remains paralysed over fears of contagion, with people slowly trickling back to work, schools remaining closed, and Beijing ordering returnees to self-quarantine for 14 days.

Another 34 cases were found at a prison in Zhejiang province.