KAWNGHKA, Shan State: Sacks of heroin and methamphetamine are laid out in endless rows in a remote Myanmar border zone during a rare raid in the heart of Southeast Asia’s infamous Golden Triangle.

The seizure in one of the world’s biggest narcotics-producing regions put three major laboratories out of business this week and hauled in 43 million speed pills.

Record amounts of drugs continue to be churned out of the lawless forest areas by rebel groups and shadowy organised crime networks making billions of dollars each year from the trade.

Army operations around the Kutkai area of Shan State found the factories producing millions of ya ba pills — cheap, caffeine-cut meth tablets — as well as heroin and the more addictive crystal meth, known as “ice”.

“Our soldiers are on the ground in areas of the forest the police cannot reach,” Major General Tun Tun Nyi, a spokesman for the office of the commander-in-chief, told reporters on Friday in a rare media tour to a murky zone of drug production and rebel wars.

Myanmar is under pressure to stem the deluge of drugs from its freewheeling border regions.

Shan State is part of the Golden Triangle — a rugged wedge of land cutting into Myanmar, Laos, China and Thailand that is virtually untroubled by authorities despite its prolific production.

“This is the biggest seizure of the year. … the whole world is fighting drugs,” Tun Tun Nyi added.

The haul was worth nearly $100 million in Myanmar, the army said. But the price of ya ba — Southeast Asia’s favourite high — triples as it crosses borders into Thailand and Malaysia.

Made-in-Myanmar ice goes for around $150,000 a kilogramme by the time it hits the streets of Australia.

Drugs are trafficked south through Thailand, north into China and west towards Bangladesh — a cascade of stimulants that has overwhelmed regional policing efforts and seeded a crisis of addiction, corruption and money laundering.

A crackdown in the same area last year was met with heavy artillery fire by the rebel groups believed to be running the labs.

“The local people are innocent, but there are some businessmen and ethnic armed groups using the area to produce drugs.”

The United Nations Office on Drugs and Crime says that without tough action against dirty money coupled with better drug rehabilitation programmes, the power of organised crime will become unmanageable for some Southeast Asian states. 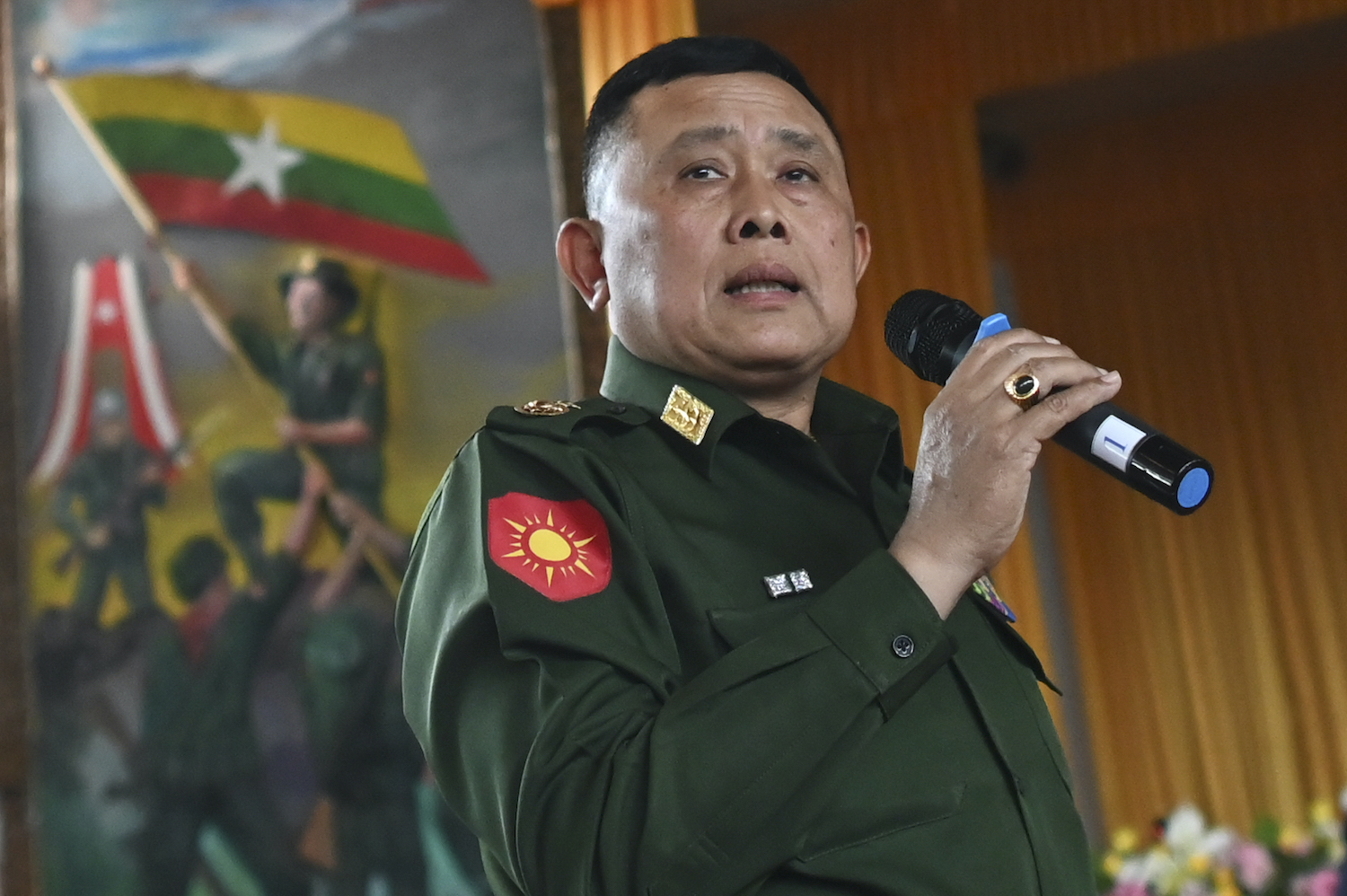 Maj Gen Aung Zaw Aye briefs journalists on some $97 million worth of drugs and related items seized so far this year in crackdowns on trafficking in Myanmar. (AFP Photo)